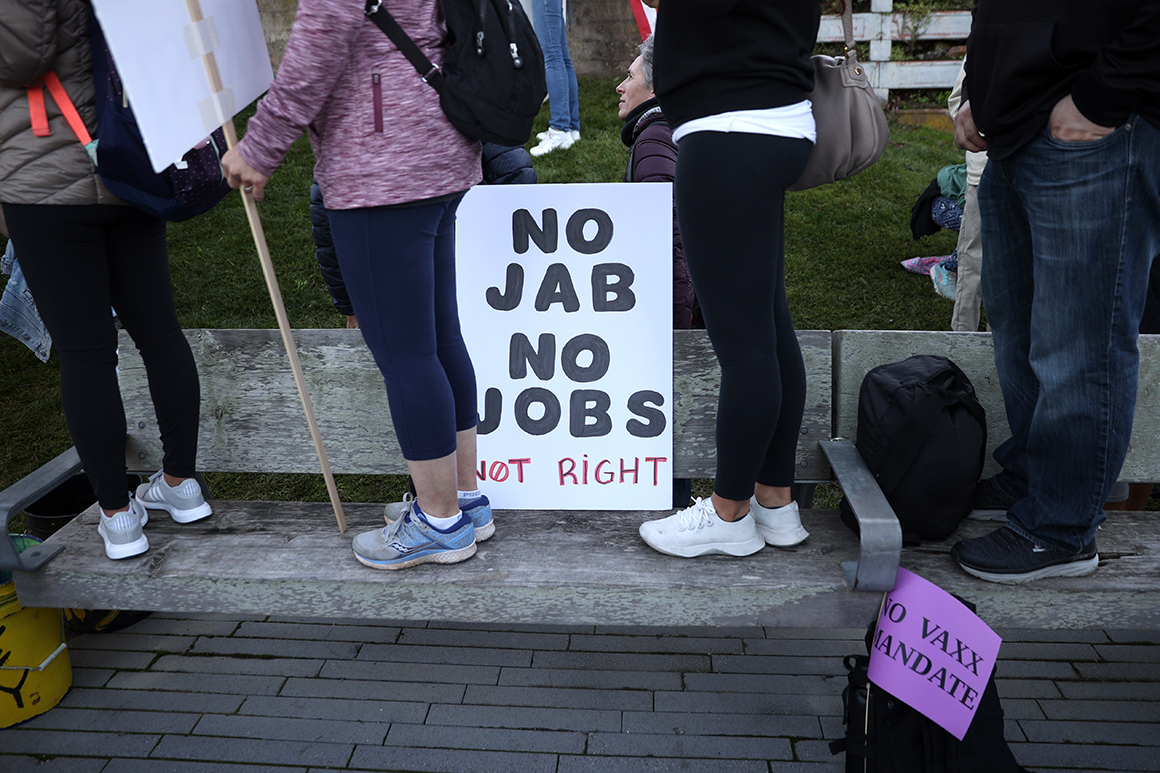 A Louisiana-based federal appeals court on Friday extended a stay against the Biden administration’s vaccine-or-test requirement for private businesses, finding that the states and businesses challenging the rule “show a great likelihood of success on the merits.”

“A stay is firmly in the public interest. From economic uncertainty to workplace strife, the mere specter of the Mandate has contributed to untold economic upheaval in recent months,” wrote Fifth Circuit Judge Kurt Engelhardt.

The order from a three-judge panel of the Fifth Circuit Court of Appeals instructs the federal Occupational Safety and Health Administration to “take no steps to implement or enforce” the requirement, under which workers at businesses with more than 100 employees would have to be vaccinated or tested weekly for Covid-19.

The Biden administration is likely to appeal the panel’s decision to the full court.

More than a dozen lawsuits have been filed in various appeals courts by businesses, religious organizations and states arguing that the vaccine-or-test requirement goes beyond OSHA’s authority and runs afoul of the First Amendment, the Constitution’s Commerce clause and laws protecting religious freedom.

Engelhardt agreed that the rules’ opponents had standing to sue in the Fifth Circuit writing that: “The Mandate imposes a financial burden upon them by deputizing their participation in OSHA’s regulatory scheme, exposes them to severe financial risk if they refuse or fail to comply, and threatens to decimate their workforces (and business prospects) by forcing unwilling employees to take their shots, take their tests, or hit the road.”

Engelhardt also agreed with their claims that the requirement exceeds OSHA’s power to police workplaces and the federal government’s authority under the Commerce Clause, among other arguments.

The vaccine-or-test requirement was implemented as an emergency temporary standard. OSHA can issue such standards if it determines “that employees are exposed to grave danger from exposure to substances or agents determined to be toxic or physically harmful or from new hazards,” and that the rule is “necessary” to protect workers from that danger.

The administration told the court earlier this week that OSHA had acted within its authority and that a stay of the requirement “would likely cost dozens or even hundreds of lives per day.”

It remains unclear whether the legality of the rule will ultimately be addressed by the Fifth Circuit or by another circuit. Because multiple lawsuits have been filed in various appeals courts, a lottery has been triggered to determine which circuit will hear the challenge. The lottery is scheduled to take place next week.