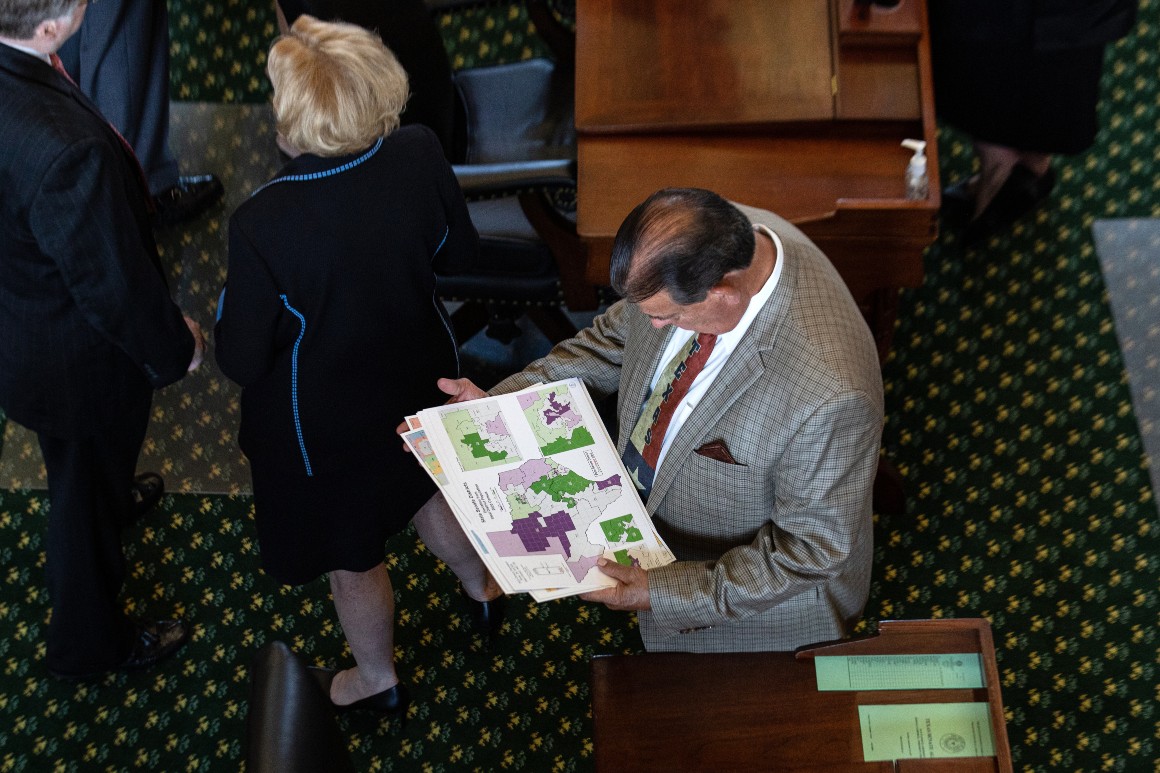 Corruption and self-dealing, rigged elections, extreme partisanship — redistricting’s got it all. Whatever you might diagnose as the ills of modern politics, you’ll find redistricting and its evil twin, gerrymandering, right there in the middle of the story, whether as cause, effect or both.

This year, as state legislators face a new round of redistricting based on the 2020 census, there’s a fresh wave of anxiety. There are good reasons for that: Legislators are either openly scheming to create new opportunities for their own side or cementing the gains they’ve already made, all but eliminating swing districts and the chance for real competition.

The whole process is profoundly American, whether we like it or not. Redistricting has been a political blood sport since the nation’s founding. James Madison was the first known victim of an attempted gerrymander, with the area around his central Virginia home packed with hostile antifederalists. (He won anyway.) The term gerrymandering itself dates from 1812, a reference to a Massachusetts map that created an outrageous salamander-shaped district under the state’s governor at the time, Elbridge Gerry.

What’s new isn’t the fight, which has reliably happened right on time every decade. What’s new is the level of attention from both sides.

Throughout most of American history, redistricting was a process issue that most people ignored, the ultimate game of inside baseball. Not anymore. Rank-and-file partisans on both sides of the aisle have come to realize just how much is at stake, with a decade’s worth of political power on the line. The Republican tidal wave of 2010 dealt a redistricting jolt to Democrats that continues to hang over the party. And at a time when the American political system seems to be teetering, gerrymandering is one of the most powerful, and indeed most unnerving, problems that prevents voters from thinking they have any kind of real say.

“It’s a headline news story in a way that it never had been,” says Rebecca Green, a law professor at William & Mary who studies election law and redistricting. “You get more angry people on the other side who are a victim of it.” 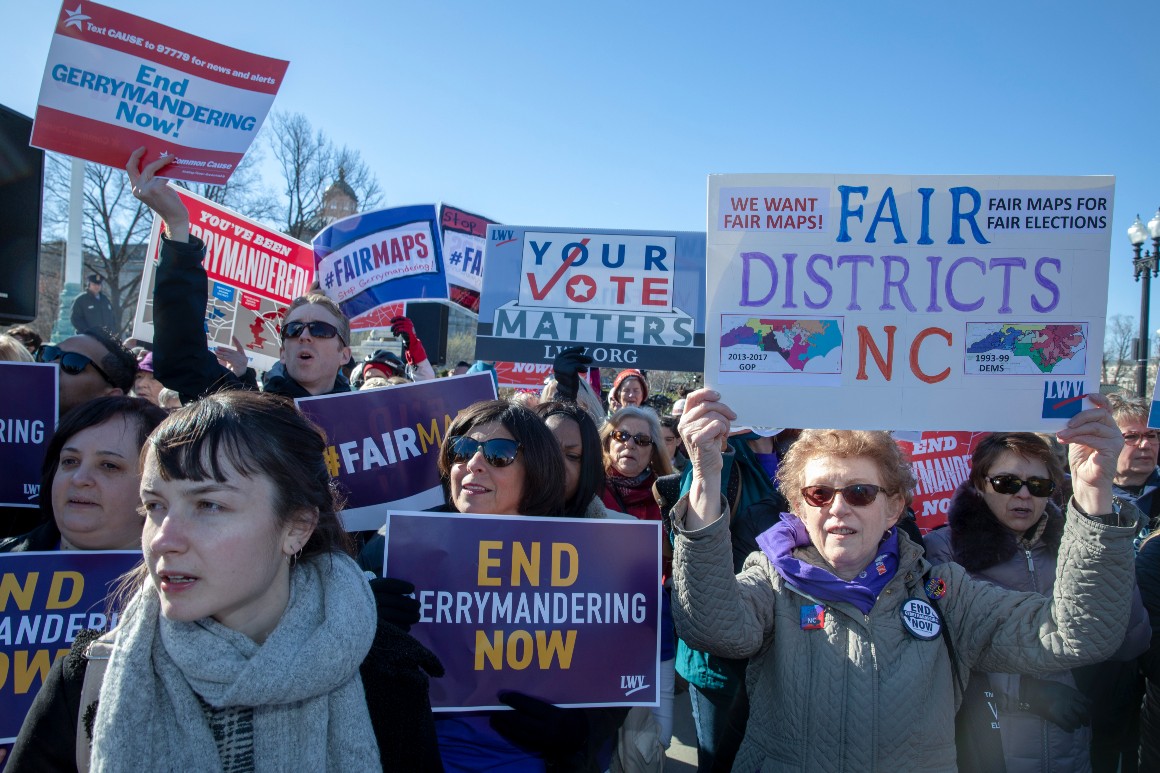 At this point, no one discounts the power of mapmaking. Redistricting — including the reapportionment process, which moved more seats from blue states to the Trump-friendly South and Southwest — may be enough on its own to give Republicans the handful of seats they need to take control of the House next year. In Ohio, legislators have just adopted a map that reduces the number of safe Democratic seats from four to two. In a good year for a party — as 2022 is shaping up to be for the GOP — it’s likely Republicans will win all of the state’s other 13 seats, even though Democrats typically win about 45 percent of the Ohio’s overall House vote.

Many of the most aggressive gerrymanders in history have been drawn just over the past couple of decades. In many cases, they’ve favored Republicans, who dominate most state legislatures. The GOP has reason to complain about biased maps in blue states such as Illinois and Maryland, but the idea that redistricting represents a Republican power grab has become gospel on the Democratic side.

“In 2010, Republicans in state legislatures abused their power to gerrymander maps and rig elections,” said Jessica Post, president of the Democratic Legislative Campaign Committee, in one statement ahead of last year’s elections, her party’s last chance to make headway before the current redistricting cycle. “We’re not going to allow that to happen again.”

For most of the post-World War II era, Democrats enjoyed healthy majorities in state legislatures, which helped bolster their long-term hold on the House via redistricting. Over time, their advantage eroded, until it was finally blown apart in 2010 amid a tepid economy and former President Barack Obama’s sinking approval ratings. By their own admission, Democrats were caught napping at the state level that year. By contrast, the Republican State Leadership Committee ran a coordinated $30 million campaign called REDMAP.

It was hugely successful, allowing the GOP to take over nearly 700 legislative seats — and an astonishing 20 legislative chambers. Republicans controlled the mapmaking process for roughly 100 more congressional seats than the Democrats, which has had huge consequences. Democrats received nearly 2 million more House votes nationwide in 2012, but Republicans came away with 33 more seats.

Democrats came to believe that redistricting, like the Electoral College and voter identification requirements that GOP legislators were also passing, played to their disadvantage. In this era, formerly arcane matters of election administration — all the mechanical things that translate votes into seats — have themselves become contentious campaign issues.

“Redistricting fits into the narrative of wrongdoing and stealing things, the idea the other side is taking advantage of us,” says Charles Bullock, the author of Redistricting: The Most Political Activity in America.

In 2004, the Supreme Court ruled in Vieth v. Jubelirer that there could be such a thing as an unconstitutional partisan gerrymander. Unlike with pornography, however, justices weren’t satisfied that they’d know it when they saw it. Essentially, they created a challenge. Gerrymandering critics would have to come up with a legally binding way of determining unfair gerrymanders. They answered the call. “There was this cottage industry of reformers and others trying to figure out a way to convince the courts to stop egregious partisan gerrymandering,” says Green, the law professor.

An army of academics and attorneys devised precise ways to measure unfair partisan advantage. The election reform bill introduced by Democratic Sens. Joe Manchin and Amy Klobuchar in September would have mandated that maps passed muster using two of them, known as the efficiency gap and partisan bias. Republicans blocked it in October.

It used to be that people’s best gauge for an unfair map was its shape. Districts that resembled a pair of earmuffs or an upside-down elephant were dubious, although funny shapes aren’t necessarily indicative of partisan gamesmanship. It’s not shapes that matter as much as data, which allows the majority party to draw favorable lines with scientific and surgical precision while the other party becomes redistricting roadkill.

That same data, though, gives critics ready-made tools that measure exactly how far maps may be tilted to one side or the other — and ample ways to point out offenses.

Dozens of foundations now write checks to anti-gerrymandering groups. Litigation has been a constant, in turn prompting greater media attention. “The minute a map is introduced, you can put it in PlanScore and see eight different metrics about the fairness or unfairness of a map,” says Michael Li, a senior counsel at New York University’s Brennan Center for Justice, referring to an online tool developed by the Campaign Legal Center. “It just makes it a lot easier for people to grasp.”

The idea that voters should pick their politicians, not the other way around, has become a rallying cry. This past decade saw an unprecedented level of redistricting reform effort, with voters in a half-dozen states passing ballot initiatives to create independent commissions or otherwise seek to make the process less partisan.

“It’s something the average member of the public thinks about, and is often unhappy about, in a way you wouldn’t have seen 10 years ago, and not at all 20 years ago,” says Barry Burden, director of the Elections Research Center at the University of Wisconsin-Madison. 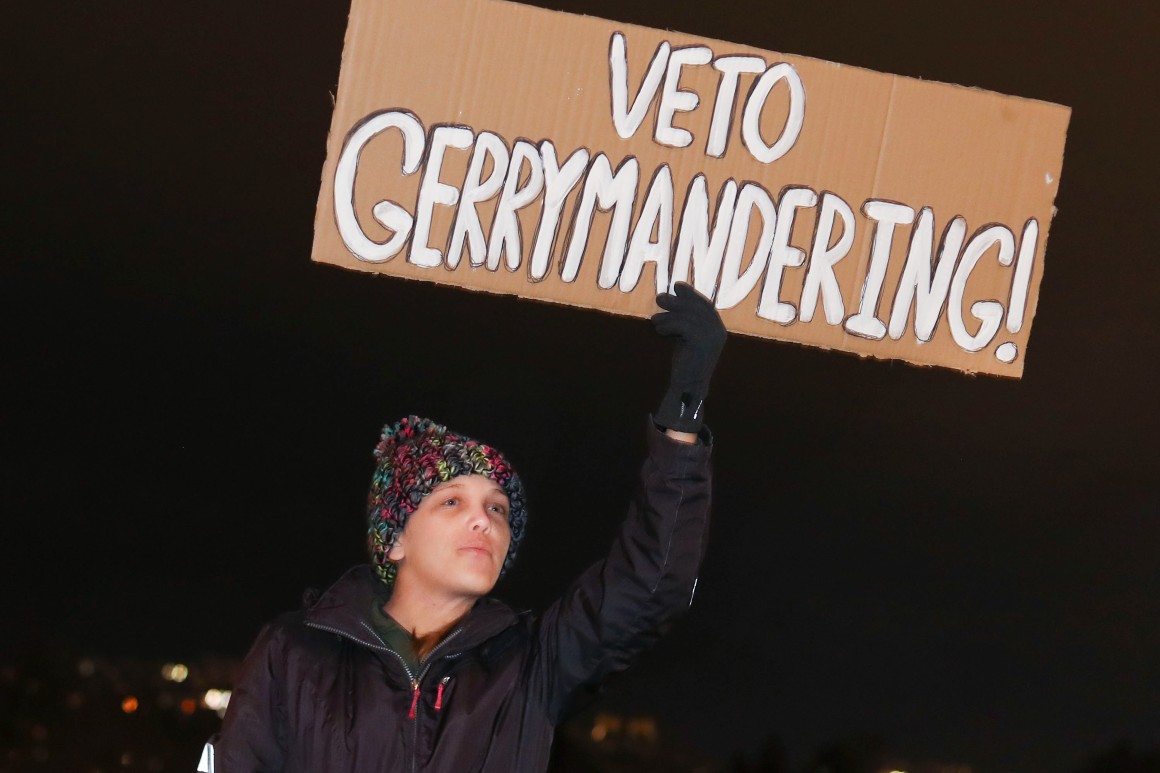 Democrats made the importance of redistricting central to their state-level messaging last year. Not content to cede the field to the GOP, the DLCC raised $50 million last year, a figure more than matched by outside groups including the National Democratic Redistricting Committee, launched in 2017 by Obama and his former attorney general, Eric Holder. (That committee was soon answered by the National Republican Redistricting Trust.)

Unlike REDMAP, however, the big Democratic investment turned out to be nearly for naught. The party failed to flip a single chamber last year, leaving Republicans in control of a majority of legislatures as the current redistricting round got underway. About a third of states have already completed the process.

Current legislators have also been given more leeway by the courts. The Supreme Court’s conservative majority gutted parts of the Voting Rights Act in its 2013 Shelby County v. Holder decision, removing the requirement that states with histories of racial discrimination receive pre-clearance from the Justice Department before changing election rules, including redistricting. Six years later, the Supreme Court decided that, as far as federal courts are concerned, there can be no such thing as an illegal partisan gerrymander. Redistricting, the justices determined in Rucho v. Common Cause, is an inherently political act.

Challenges can still be brought against partisan gerrymanders in state courts, as happened successfully in Pennsylvania in 2017. A new map there helped Democrats gain two seats on their way to the House majority the following year. Florida Republicans appear to satisfy the state’s constitutional requirement for competitiveness — created by voters — in their map, which is not as aggressive as some other states.

But legislators in most states have been flashed a big green light to draw districts however they like. “The guardrails just keep going down,” Burden says. “The things that kept legislators from being too aggressive are just falling away.”

Ohio is one of the states where voters wanted something different. In 2015, voters approved a constitutional amendment that sought to block gerrymanders that caused “favor or disfavor (to) a political party.” Again in 2018, they approved a similar amendment for congressional redistricting, requiring that any plan receive majority support from both parties. But there was a big loophole, and the legislature just drove right through it.

The ballot measure created a fallback option: The congressional map can be approved along strictly party lines but would then be valid for only four years, not the full decade. Republicans decided they could easily live with a short-term lease that promises to deliver them 87 percent of Ohio’s House seats. They introduced a new map late Monday that the state Senate approved the next day and which is moving rapidly through the House.

It may now be the case that the redistricting fight appears everywhere, from Zoom trainings for activist groups to stepped-up Google searches and late-night monologues, but the game is still played the same way it’s always been — to screw opponents and lock in as much power as possible, for as long as possible.

“We want 10-year maps, not maps that are just going to flip back and forth,” said Adam Kincaid, executive director of the National Republican Redistricting Trust, in a recent podcast. “There’s no point in taking back the House in 2022 if we can’t hold it.”