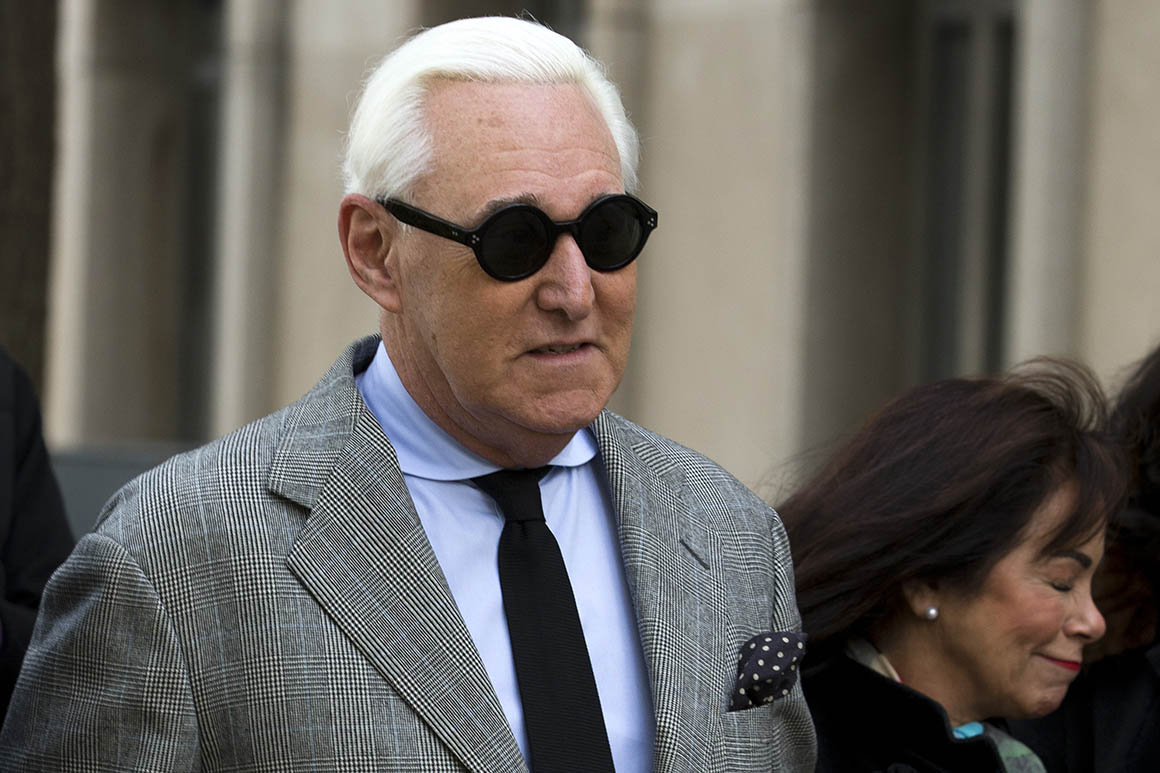 “The Select Committee is seeking information about the rallies and subsequent march to the Capitol that escalated into a violent mob attacking the Capitol and threatening our democracy,” Committee Chair Bennie Thompson (D-Miss.) said in a statement. “We need to know who organized, planned, paid for, and received funds related to those events, as well as what communications organizers had with officials in the White House and Congress.”

The panel demanded that all of its subpoena targets turn over relevant documents by Dec. 6. Depositions were scheduled for them the following week.

Monday’s batch of subpoenas focuses on the funding and organization of rallies on Jan. 5 and 6, as well as the march from the rally at the Ellipse to the Capitol.

Jones and Stone gave speeches to Trump supporters on Jan. 5, urging them to push back against the election results.

“I don’t know how this is all going to end, but if they want to fight, they better believe they’ve got one,” Jones told a crowd at Freedom Plaza in Washington the night before the attack, as PBS detailed.

The Wall Street Journal reported that Jones helped secure funding for the Jan. 6 rally. Jones has said he tried to de-escalate the riot and stop people from breaking into the Capitol, the Journal added.

For Jones, the committee’s demand is just the latest in a series of legal issues. A court last week found him liable for defamation in a lawsuit brought by parents of children killed in the 2012 massacre at Sandy Hook Elementary School. Facebook, Twitter and YouTube have also removed pages associated with Jones and his Infowars show for violating the services’ community standards.

Stone, meanwhile, raised money for “private security” on Jan. 5 and 6, and called for people attending a Jan. 5 rally to join an “epic struggle,” as Mother Jones has reported. He has defended his comments that day.

In August, a group of Capitol Police officers sued him and a host of other defendants — including Trump himself — alleging civil rights violations. The suit accused Stone of actively participating in “Trump’s strategy to disseminate false claims of election fraud,” and of helping popularize the #StopTheSteal slogan. A process server presented Stone with the lawsuit on Sept. 15 while he was on a talk radio show.

“This is a big, big stack of papers, which is good because we’re out of toilet paper today,” Stone told the hosts.

He later called the suit “baseless, groundless, and unsubstantiated” in an email to CNN.

Stone said in a statement that he had not yet been served by the committee, nor had he seen the details of the information requested, but that he would determine his course of action after reviewing the requests with his lawyer.

“I have said time and time again that I had no advance knowledge of the events that took place at the Capitol on that day,” he said. “Any statement, claim, insinuation, or report alleging, or even implying, that I had any involvement in or knowledge, whether advance or contemporaneous, about the commission of any unlawful acts by any person or group in or around the U.S. Capitol or anywhere in Washington, D.C. on January 6, 2021, is categorically false.”

Stockton and Lawrence, who are a couple, participated in a detailed POLITICO profile that ran last week. The two had taken part in a bus tour in swing states in the weeks after Election Day 2020 to trumpet false claims of election fraud, and promoted the Jan. 6 rally in the weeks leading up to it. Trump’s retweet of one of Lawrence’s posts was used as evidence during his impeachment trial later that month. Lawrence sued the firm that made the House impeachment managers’ graphics, alleging defamation.

Stockton took questions from committee investigators at the end of October, POLITICO had first reported, and the pair said in the profile they had reached out to the panel about voluntarily testifying.

Stockton and Lawrence did not immediately respond to a request for comment, though both of them made posts on Twitter acknowledging receipt of the subpoenas.

The committee also subpoenaed Budowich, Trump’s spokesperson, who has fielded media inquiries for the former president about the Jan. 6 probe itself. Budowich was formerly the executive director of the Tea Party Express. He also helped oversee the Save the U.S. Senate super PAC, which tried to help Republicans win in the 2020 Georgia Senate run-off elections, as POLITICO previously reported. Republicans narrowly lost both races, handing control of the Senate to Democrats.

Budowich did not immediately respond to a request for comment.