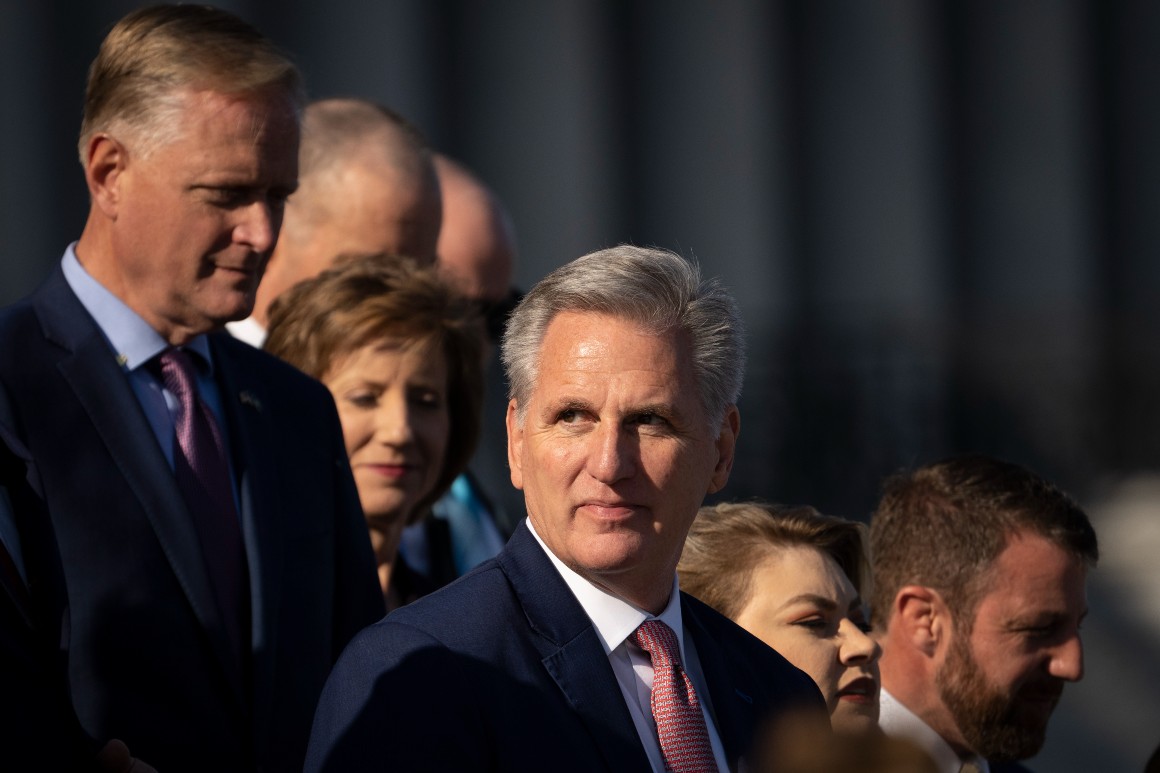 The Jan. 6 select committee has not subpoenaed the phone records of any members of Congress but is likely to do so, multiple people familiar with the panel’s work told POLITICO.

Seizing lawmakers’ private communications would be a controversial decision, one that’s already sparked preemptive resistance from House Republicans, and investigators are proceeding carefully as they weigh their next steps. The panel is homing in on a limited number of GOP lawmakers with whom rally-goers claim to have communicated.

The committee has moved rapidly on a host of other targets, making its current inaction on lawmakers’ phone records notable. Exactly three months ago, the committee asked major phone companies to preserve call and text records of a host of people. CNN reported at the time that those people — whose identities have never been made public — included numerous congressional Republicans.

The prospect of a Democratic-created select panel subpoenaing GOP colleagues’ personal data sparked vocal criticism from the House GOP. Rep. Jim Banks (R-Ind.), whom Minority Leader Kevin McCarthy tried to place on the select committee, called efforts to seize members’ phone records “an authoritarian undertaking.” McCarthy himself said it would be illegal for phone companies to share those records.

“If these companies comply with the Democrat order to turn over private information, they are in violation of federal law and subject to losing their ability to operate in the United States,” McCarthy said in a statement after CNN’s August report. “If companies still choose to violate federal law, a Republican majority will not forget and will stand with Americans to hold them fully accountable under the law.”

In the months since, however, the committee hasn’t actually issued subpoenas ordering the phone companies to turn over any lawmakers’ records, according to two sources with knowledge of the panel’s work. Any decision will be informed by a host of considerations — including testimony from witnesses.

Demanding members’ private records would be a major step, and would likely prompt retaliation from Republicans when they next win control of the House — which could come as soon as next year.

Even so, it’s not unprecedented for congressional probes to question members of Congress themselves. When the House Intelligence Committee investigated Russia’s interference in the 2016 election, investigators questioned Reps. Dana Rohrabacher (R-Calif.) and Debbie Wasserman Schultz (D-Fla.). But both those members appeared voluntarily.

Committee investigators have signaled they’re focusing in particular on any discernible connection between members of Congress and the organizers of the rally that preceded the attack on the Capitol, as well as communications between lawmakers and White House officials that day. The committee has asked the National Archives for any communications from the White House on Jan. 6 related to members of Congress and their staff.

Former President Donald Trump has sued to block the Archives from complying with the committee’s request (which also sought a host of other materials), and the case is being litigated.