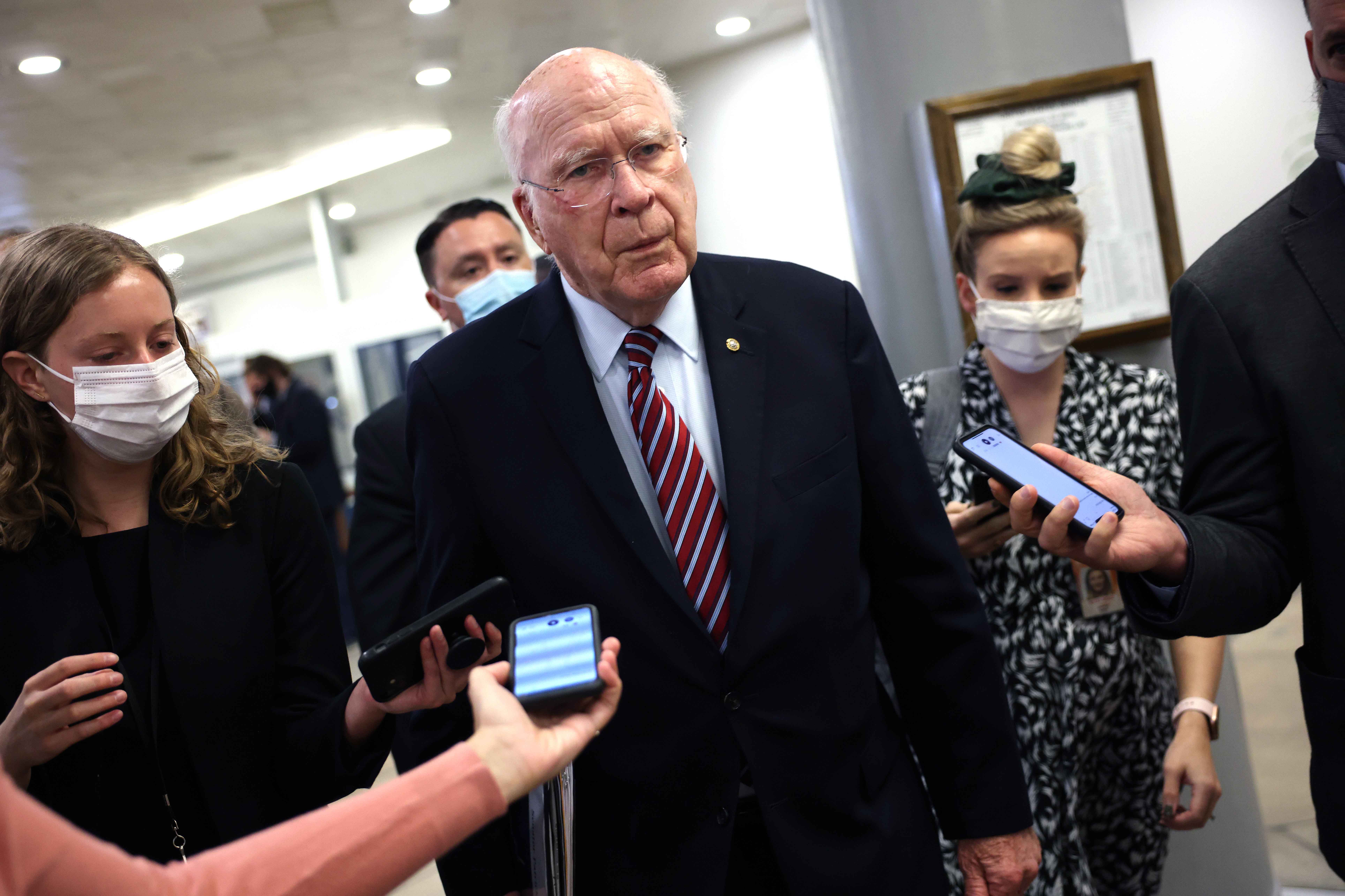 Sen. Patrick Leahy, the president pro tempore of the Senate and longest-serving member in the chamber, won’t seek reelection next year, concluding his final term in the Senate after nearly five decades.

Leahy, 81, announced Monday that he would not run for a ninth term at the state capitol in Montpelier, the same location where he announced his first Senate run at age 33. First elected in the post-Watergate midterms in 1974 after serving as Chittenden County state‘s attorney, Leahy’s tenure spanned eight presidents and leaves him as, for now, the only Democrat ever elected to the Senate from Vermont.

“It is time to put down the gavel. It is time to pass the torch to the next Vermonter, who will carry on this work for our great state,” Leahy said Monday in front of a seated crowd of masked supporters. “It is time to come home.”

“I learned early in my career that good judgment and hard work are exactly what Vermonters expect from their representatives,” he said.

Just 34 years old when he joined the Senate, Leahy won his first two elections narrowly before cruising comfortably in every election since 1986. During his tenure, Leahy served as chair of the Agriculture, Judiciary and Appropriations committees, taking the gavel at Appropriations when Democrats won back control of the Senate earlier this year.

News of Leahy’s retirement is unlikely to make the seat competitive for Republicans, despite the GOP’s momentum in other blue states leading into 2022. President Joe Biden won Vermont by a wider margin than any other state in 2020, when he defeated Donald Trump there by 35 percentage points.

“This is a blue state,” said Justin Barasky, a Democratic strategist and former senior adviser at the Democratic Senatorial Campaign Committee. “This in no way changes the trajectory of the Senate map, unlike the retirements on the Republican side in states like Pennsylvania and Ohio and otherwise.”

Vermont hasn’t elected a Republican to the Senate since Jim Jeffords in 1988, though Jeffords later became an independent and began caucusing with Democrats. Republican Gov. Phil Scott, a moderate, said earlier this year he is not interested in running for Senate. A spokesperson for the governor confirmed Monday that was still the case, saying Scott “has been clear that he is not running for the U.S. Senate next year.”

Monday’s announcement will set up the first open Senate election in Vermont since 2006, when then-Rep. Bernie Sanders (I-Vt.) first ran and won his seat. In his speech Monday, Leahy made reference to the “remarkable” Rep. Peter Welch, who replaced Sanders in the House 15 years ago and could be Democrats’ candidate to replace Leahy next year.

Leahy is in his second stint as president pro tempore of the Senate, putting him third in the line of presidential succession. Sen. Dianne Feinstein of California — who was first elected 17 years after Leahy — is the next longest-tenured Democrat in the chamber, followed by Sen. Patty Murray of Washington.

When he relinquishes the Appropriations Committee gavel, Murray is in pole position to succeed him as the panel’s top Democrat. Murray chairs the Health, Education, Labor and Pensions Committee, and if she moves to Appropriations it could set off several other chair switches gavels.

If Leahy serves out the rest of his term, he would become the third-longest serving senator of all time, trailing only former Sens. Robert Byrd (D-W.Va.) and Daniel Inouye (D-Hawaii).

Leahy’s love of photography is well-known, and he often takes photographs of journalists and others gathered in Capitol hallways. He’s also an avowed “Batman” fan and has made cameos in several Caped Crusader films.

Burgess Everett and James Arkin contributed to this report.