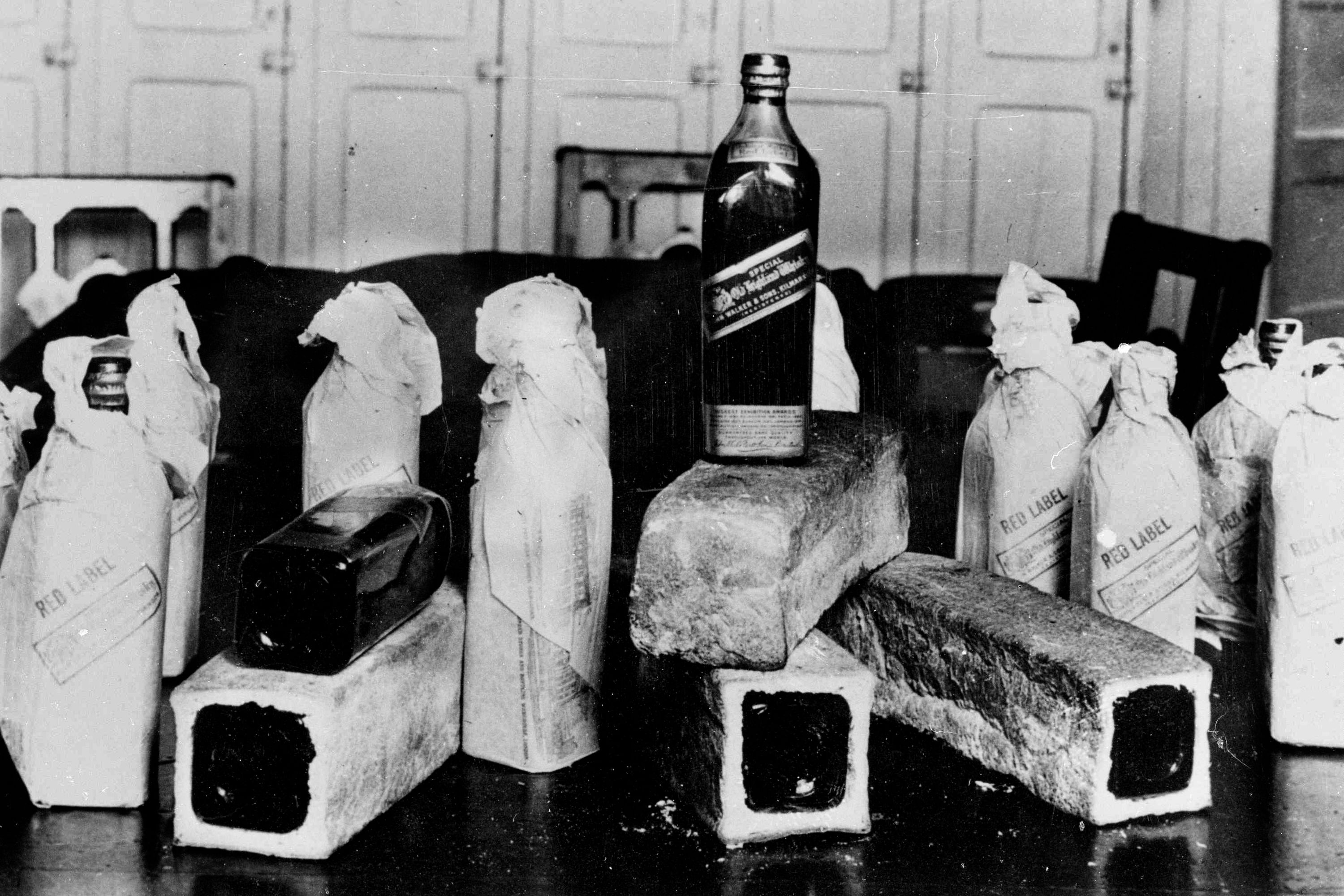 Every story needs conflict: Good guys against the bad guys. Rocky vs. Ivan Drago. “Us” against “them.” It is how we make sense of the world. In Hollywood, the best plot twists come when we learn that the “bad guy” was right from the beginning, like Severus Snape in Harry Potter or Iceman in Top Gun, and we’ve been rooting for the wrong team all along.

Villains define who we are — individually and collectively — by underscoring who we are not. Americans defined themselves by battling the Nazis in World War II, and opposing the Soviets in the Cold War. Today, both liberals and conservatives in the United States increasingly define themselves in opposition to each other.

But when it comes to domestic “bad guys,” there’s one group in our shared history that left and right have largely agreed to hate: Prohibitionists.

If we are good, virtuous, patriotic Americans — exercising our individual freedom to consume whatever we want — prohibitionists are vilified as the exact opposite. Documentaries, professional histories and pop culture routinely portray prohibitionists as religious “zealots” and “fanatics” hellbent on imposing their own moral beliefs on society — the same language someone might use describe the modern Taliban in Afghanistan. Their tactics are portrayed as “ruthless,” extremist and “deeply antidemocratic.” We heap so much scorn and derision upon temperance advocates as enemies of the individual’s “right to drink,” it is hard to fathom that any of our grandparents or great-grandparents could have possibly promoted such a cause.

Drinkers are the good guys — we’re told — prohibitionists are the villains. Trying to then explain how the 18th Amendment, which established the prohibition of alcohol in the U.S., was passed by bipartisan supermajorities in both houses in 1919, and ratified by 46 of 48 states — all in record time — usually devolves into hand-waving about women or the Great War, or outright conspiracy theorizing.

But what if prohibitionists weren’t America’s villains, but its heroes? What if we’ve been cheering for the wrong team?

The first thing to understand is that the temperance-cum-prohibition movement wasn’t some quintessentially American lunatic fringe, but instead the most popular, most robust and most influential global social movement of the day, linked to the cause of liberation in every corner of the globe.

Second, from its very inception, the movement wasn’t about sin-obsessed puritans, but rather a backlash against “the most predatory and dangerous of all big businesses,” in which unregulated liquor traffickers hooked their customers on a highly addictive substance, just like Big Pharma stoking the opioid crisis. In both cases, every market incentive drives the industry to maximize private profit by flooding the community with wares that destroy the public welfare. In penning his famous Six Sermons on Intemperance — which jumpstarted the modern temperance movement in 1826 — Boston preacher Lyman Beecher repeatedly used but one Bible verse: “Woe unto him that giveth his neighbor drink, that puttest thy bottle to him, and makest him drunk also” (Habakkuk 2:15). Temperance activists aimed not at the drink or the drunkard, but the predatory drink seller, to be confronted through a consumer boycott.

Even Lyman Beecher was a latecomer by a few hundred years. America’s first prohibitionists were its first people: Native Americans determined to get away from the “white man’s wicked water,” which European traders used to swindle their land and defraud them of their furs.

At the explicit request of local Delaware and Lenape tribal leaders, in 1682, William Penn’s foundational “Great Law” included strict prohibition against selling liquor to Native Americans in his Quaker colony of Pennsylvania (which was consequently spared the bloody Indian Wars of the other colonies). When militias from neighboring states came to Pennsylvania to fight during the Revolutionary War, they repeatedly violated that prohibition, much to the consternation of native tribes, white settlers and General George Washington himself. Commanding the Continental Army at Valley Forge, Washington imposed his own prohibition against his troops trafficking in liquor on penalty of “severe corporal punishment.”

America’s first federal prohibition came not with the Volstead Act in 1920, but in 1802, when — at the behest of Chief Little Turtle of the Miami tribe — President Thomas Jefferson urged Congress to pass a prohibition against selling, bartering or trading liquor to Native Americans in the “Indian Country”: That area of federal control beyond state and territorial designations.

Abolitionists and African American communities likewise embraced temperance as necessary for individual and community emancipation — both white and Black — from liquor subordination. William Lloyd Garrison, Wendell Phillips and Martin Delany were all temperance men. Frederick Douglass vowed “to go the whole length of prohibition.” And — before going on to greatness in Washington, D.C. — the famously temperate state legislator Abraham Lincoln was a principal supporter of Illinois’ first statewide prohibition.

Similarly, the movement for women’s rights was born of temperance activism. Economically subordinate to their husbands, and legally powerless to oppose the saloons and dram sellers who preyed on their families for profit, women increasingly demanded political rights to defend their homes. Suffragist pioneers Elizabeth Cady Stanton, Susan B. Anthony, Amelia Bloomer, Sojourner Truth, Lucretia Mott and Frances Willard were all introduced to social activism through the temperance movement.

“All great reforms go together,” Frederick Douglass claimed: Abolitionism, suffragism and temperance. The underlying political logic was the same: No American has the right to subjugate others for their own benefit. Prohibitionism wasn’t an imposition, it was liberation.

Even into the Progressive Era, longtime Democratic stalwart William Jennings Bryan called for breaking up the power of the big trusts — foremost among them the predatory liquor trust. It was a position shared by his longtime Republican rival, Theodore Roosevelt, from his time as New York Police commissioner, to president and beyond.

Wait … Teddy Roosevelt, Abraham Lincoln, Thomas Jefferson and George Washington? That’s all four of those great American leaders chiseled on Mount Rushmore — all arguably part of the prohibitionist movement to end the exploitation of man by man through liquor. Add them to a broad cross-section of Native American, African American and women’s rights leaders, and you’ve got a surprisingly broad-based people’s liberation movement that reflects the diversity and complexity of the United States itself — and nary an anti-democratic zealot among them.

America’s Prohibition Era was a century ago, but this history is not dead. Today, the United States is undergoing an uncomfortable reckoning with its own past. From Confederates to Christopher Columbus, those heroes of colonization and domination that we once built monuments to have quite literally been taken off their pedestals. In the movie that is America, we’re at the part where we’re coming to realize that who we thought were the “good guys” at the beginning may not have been as good as we were told.

The counterpart is that perhaps the villains were not as bad as we were told, either.

Perhaps we’ve been rooting for the wrong team all along.