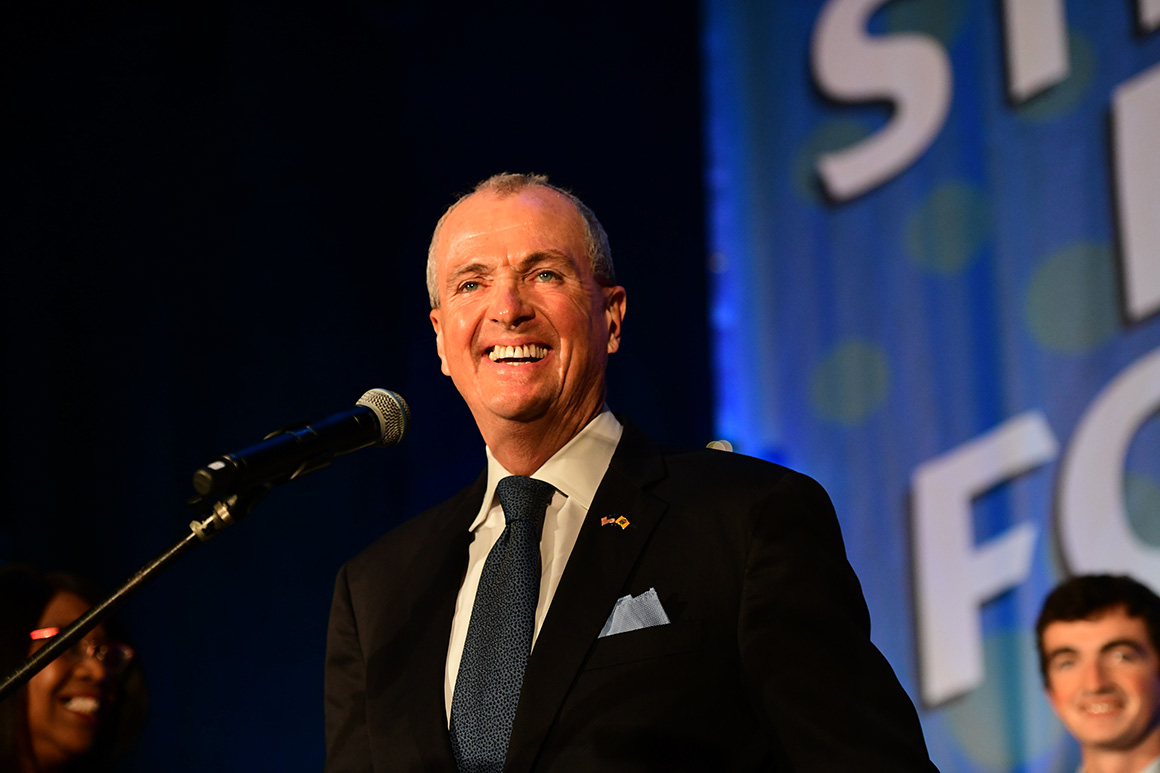 The slim victory — Murphy led Ciattarelli 50 percent to 49.2 percent when the Associated Press called the race early Wednesday evening — breaks a decades-long “curse” in which no New Jersey Democrat had won reelection to the governorship in 44 years.

The contest eluded national coverage for most of the year, as both parties focused intensely on the close race for governor in Virginia. But Murphy’s small margin ultimately points to the same challenging political environment for Democrats, a year after winning the presidential election — and with midterms looming.

Murphy, 64, a progressive who ran on his record of handling the pandemic, gradually raising the state’s minimum wage to $15 an hour and increasing taxes on millionaires, defeated a former three-term member of the state Legislature. Much of Murphy’s campaign focused on tying Ciattarelli, the 59-year-old founder of a medical publishing company, to Trump.

Murphy saw his popularity skyrocketed during the early days of the pandemic but retreated as Covid-19 faded from voters’ minds and traditional concerns like taxes, education and the economy once again took precedence.

Despite Murphy’s victory, the close outcome offers a reality check for New Jersey Democrats — and further deepen the damage done to the party nationally on Tuesday, when Republican Glenn Youngin beat Democrat Terry McAuliffe to flip Virginia red. Democrats appear poised to lose control of the Virginia House, as well.

In New Jersey, Democrats had benefited from the unpopularity of former Republican Gov. Chris Christie and former President Donald Trump to turn once-solid GOP suburbs blue, saw their voter registration advantage over Republicans soar to more than a million and grew their state legislative majorities.

The hangover effect from both former executives seems to be fading. On top of Ciattarelli’s surprise performance stateside, Republicans performed better than expected in a number of key legislative races — cutting into the Democratic majorities in both houses of the state Legislature. Even longtime state Senate President Steve Sweeney, New Jersey’s top state lawmaker, was on the verge of losing his seat to a virtually unknown and unfunded challenger.

Ciattarelli largely eschewed campaigning with his party’s national notables. Instead, he focused on hitting Murphy on New Jersey’s consistently highest-in-the-nation property taxes, a spike in gun violence and a high death toll in nursing homes early in the pandemic.

Murphy tried to link Ciattarelli — who last year spoke at a “Stop the Steal” rally — to Trump at every opportunity, capitalizing on the Republican’s statements of support for Trump during the gubernatorial primary and his slowness to pivot his campaign back to the center.

Murphy is the first Democratic governor to win reelection in the state since Brendan Byrne in 1977. New Jersey reelected three Republicans since then: Tom Kean, Christie Whitman and Christie.

Voters have been willing to cast their lot with Republicans in New Jersey’s odd-year elections, which were designed specifically to separate state and national politics. But national issues, which had already been creeping into the races, came to the fore in the Trump era.

During Murphy’s first term, which mostly coincided with Trump‘s presidency, Democrats’ voter registration advantage over Republicans passed 1 million for the first time. Wealthy and upper-middle class suburban areas in North and Central Jersey that were once red bastions went blue.

Still, Democrats felt the national headwinds this year as polls showed the New Jersey race tightening and Biden’s popularity dropping, even into negative territory in a recent New Jersey poll. Biden carried the state by 16 points in 2020. Even the polls that showed the race tightening far overestimated Murphy’s margin of victory.

Murphy fulfilled many of the progressive campaign pledges made when he first ran in 2017. He’s been vague about what he hopes to accomplish in a second term, though he’s advocated for a significant expansion of abortion rights as well as new package of gun control measures.

With governors barred from seeking a third term, the race to succeed Murphy in 2025 is sure to begin almost immediately. Several Democrats with statewide profiles were expected to run — Sweeney, prior to this week, was among them.