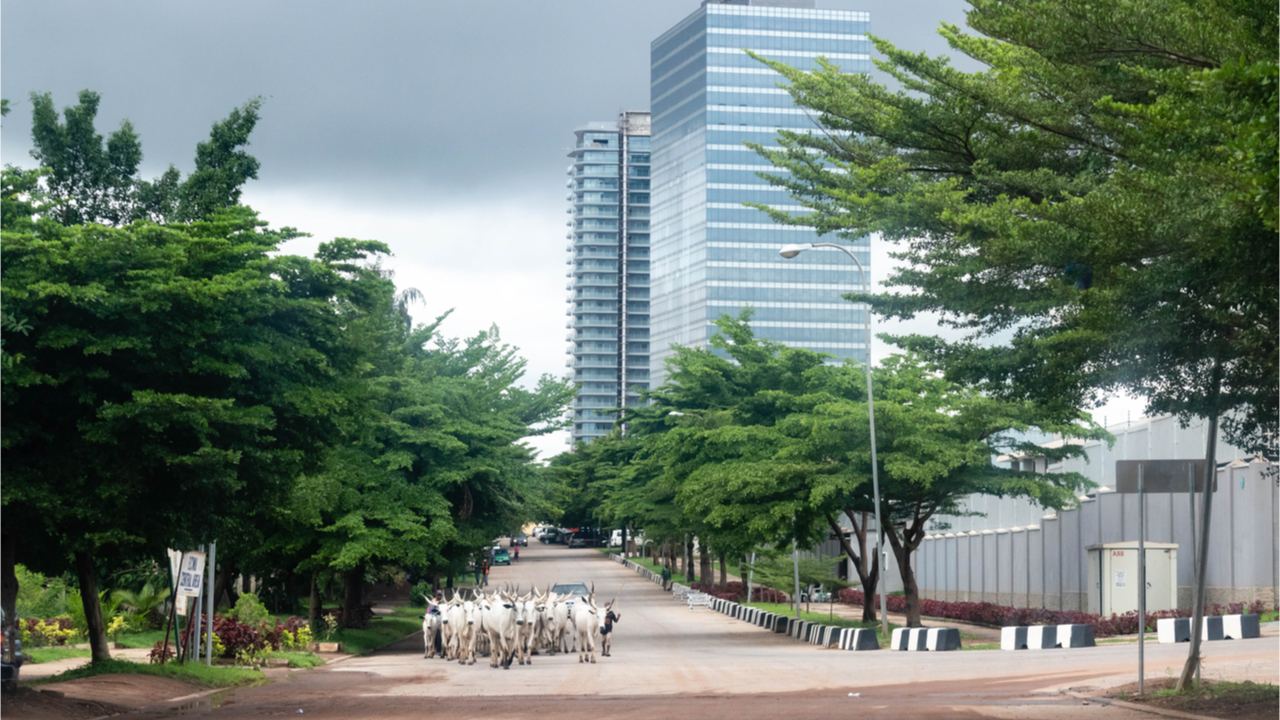 Just a few days after launching the e-naira digital currency, the Central Bank of Nigeria (CBN) is now reportedly ramping up the pressure against cryptocurrency traders.

In a memo to its staff seen by Bitcoin.com News, one of Nigeria’s leading banks, FCMB, warns its employees against aiding cryptocurrency traders. The bank reveals that any account that is found to be in violation of the CBN directive will be closed.

In addition, FCMB said employees that willfully fail to disclose the existence of an account that is involved in cryptocurrency trading will also be punished. According to the memo, all FCMB employees are now expected to be involved in the monitoring of accounts, transactions, and customers in order to ensure the bank is fully complying with the CBN directive.

Meanwhile, in order to help employees easily identify accounts that are used by cryptocurrency traders, FCMB has produced and shared a list of 20 red flags to look out for. Some of these red flags include bank accounts that receive high daily inflows from a huge number of payees, and accounts operating as bureaux de change without a license from the CBN.

CBN Ratcheting Up the Pressure

In another sign that the CBN is ratcheting up the pressure, a letter supposedly authored by the central bank directs all banks to close accounts belonging to Nnamdi Francis Okereke and Nwaorgu Kingsley Chibuzor. In the letter, which began circulating on social media just over a week after the e-naira launch, the CBN claims the accounts are being used for cryptocurrency trading and this violates the central bank’s February 5 directive.

The same letter similarly asks banks to close accounts belonging to TVS Hallmark Service and to place the funds in a suspension account. 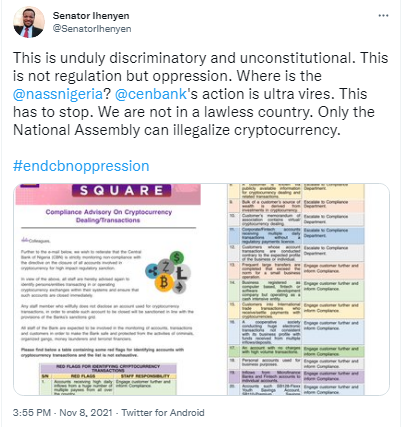 Reacting to these reports in a tweet, Senator Inhenyen, who is the president of the Stakeholders in Blockchain Technology Association of Nigeria (SIBAN), called the CBN’s action “unduly discriminatory and unconstitutional.” Inhenyen argues that only the Nigerian legislature has the authority to act against cryptocurrencies. He explained:

What do you think is behind the CBN’s renewed efforts to block cryptocurrency traders? Tell us what you think in the comments section below.