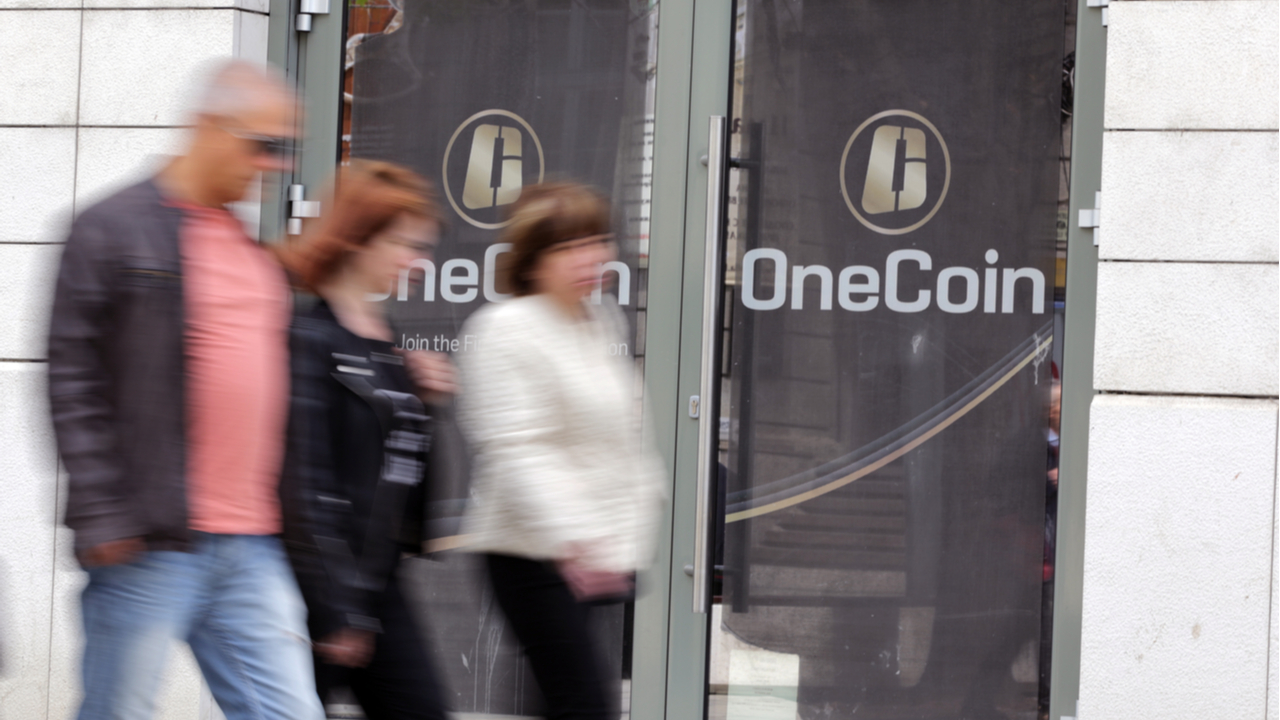 A lawyer representing investors defrauded by the notorious crypto scam Onecoin has urged authorities in Bulgaria to act on the case, claiming that the “world’s largest pyramid scheme” is still operating from the country. In a petition with the Bulgarian Constitutional Ombudsman, Jonathan Levy accuses officials in Sofia of failing to provide justice to the victims while seemingly protecting “the most notorious criminal organization.”

In the petition, Dr. Levy points out that Onecoin has been recognized as a criminal enterprise by a number of countries including the United States, Argentina, and Germany, and classified as a pyramid scheme by law enforcement agencies such as the FBI. At the same time, the €20 billion cryptocurrency scam allegedly maintains several offices in the Bulgarian capital, uses a number of corporate identities, continues its operations unabated, and has even held a recruitment event this past summer.

The Crypto Ponzi scheme Onecoin was launched in 2014 and promoted through Bulgaria-based offshore entities Onecoin Ltd, registered in Dubai, and the Belize-incorporated Onelife Network Ltd. Both were founded by the pyramid’s mastermind, Bulgaria-born ‘Crypto Queen’ Dr. Ruja Ignatova, also a German national holding a PhD in European private law, and her partner Sebastian Greenwood from Sweden.

Ignatova disappeared in 2017 while her brother, Konstantin Ignatov, another Onecoin co-founder, was arrested in Los Angeles in 2019 and charged with financial crimes. He has since started cooperating with law enforcement, testified about Onecoin’s association with organized crime in Bulgaria and elsewhere, pleaded guilty, and sought witness protection. The scheme has been linked to terrorism funding as well. A number of people involved in the investigation and legal proceedings, including Ignatov, have complained about receiving legal and other threats.

The document submitted by Jonathan Levy lists a number of other key figures in the scam and claims that “the Ignatovs, Onecoin and their proxies in Bulgaria and Dubai currently control moveable and immoveable property, investments, cryptocurrency, bank accounts and cash exceeding €12.5 billion” ($14.2 billion).

The lawyer slams Bulgarian authorities for their limited actions on the case, recalling a single general warning about Onecoin issued in 2015 by the Financial Supervision Commission, which later ignored the matter, as well as police raids on its offices in Sofia in 2018, ordered by Ivan Geshev who now serves as Bulgaria’s Prosecutor General and conducted on request from Europol and the German police. Levy also states:

We are unaware of any arrests or confiscation of bank accounts, cash, cryptocurrency, or property belonging to the victims. If Bulgarian law enforcement has confiscated assets it has not provided a public accounting or process for victims to be compensated.

According to the legal representative, Onecoin is the largest pyramid scheme in world history, exceeding both the Madoff and Mavrodi pyramids. However, the filed complaint largely concerns itself with Onecoin’s Bulgarian operation, the full extent of which remains unknown, and is “directed at the misfeasance by Bulgarian law enforcement in regard to their EU mandated duty to victims of crime.”

In the petition filed on behalf of clients from a number of countries, including the U.K., U.S., Germany, and Australia, Jonathan Levy highlights that under Article 47 of the EU Charter of Fundamental Rights and similar provisions in Bulgarian law, Onecoin victims should be granted access to justice, which they have not yet received from Bulgaria. He accuses the country, an EU member state, saying it “seemingly protects and enables OneCoin to retain its assets and continue to operate despite being the most notorious criminal organization of the 21st Century.”

Levy requests that the Bulgarian Ombudsman investigate the conduct of various government institutions such as the Prosecutor General’s Office, the Ministries of Justice and Interior, and the country’s Financial Intelligence Directorate. He also insists on taking steps to terminate “Onecoin’s open and public operation in Bulgaria that continues to victimize investors worldwide.”

The lawyer further requires assistance from Bulgarian authorities to account for Onecoin assets controlled from within Bulgaria, allegedly consisting, according to the document, of 230,000 bitcoins, cash, yachts, luxury cars, jewelry and precious metals, bank accounts, investments, and real estate, in order to determine if they are still in the possession of Ignatova and her associates or have been seized by Bulgaria.

Jonathan Levy also insists that the government in Sofia fulfill its obligations pertaining to the compensation of Onecoin victims under European law such as Directive 2012/29/EU of the European Parliament and EU Council Directive 2004/80/EC of April 29, 2004.

The petitioner also calls for the “establishment of a monetary reward of up to €1 billion” to encourage associates of Onecoin to step forward and provide information about the crypto investment scam and its activities, “especially in regard to the 230,000 Bitcoins in the possession of Ruja Ignatova or her proxies currently valued at over €12 billion.” The money for that purpose, Dr. Levy suggests, should come from up to 10% of recovered Onecoin assets.

Reports in the Bulgarian press confirm that Onecoin companies in the country are still operational. According to an article by the business daily Capital, the One Network Services entity, formerly owned by Konstantin Ignatov and Ruja’s mother, which runs Onecoin’s main office in central Sofia, is actually expanding its workforce – from 17 employees at the end of last year, to 24 now. The publication reveals that the firm has declared revenues exceeding 2.9 million leva (over $1.7 million) for 2020 with a net profit of 75,000 leva (over $43,000).

The once open crypto center on the ground floor of a building on Slaveykov Square, is now closed but according to Capital, Onecoin leaders have been posting photographs of meetings held there during their visits to Sofia. The active promoters of the cryptocurrency investment scheme that has been rebranded to Oneecosystem, are new faces, and few of them are actually Bulgarians.

Do you expect authorities in Sofia to take action against Onecoin following the victims’ petition of the Bulgarian Ombudsman? Tell us in the comments section below.