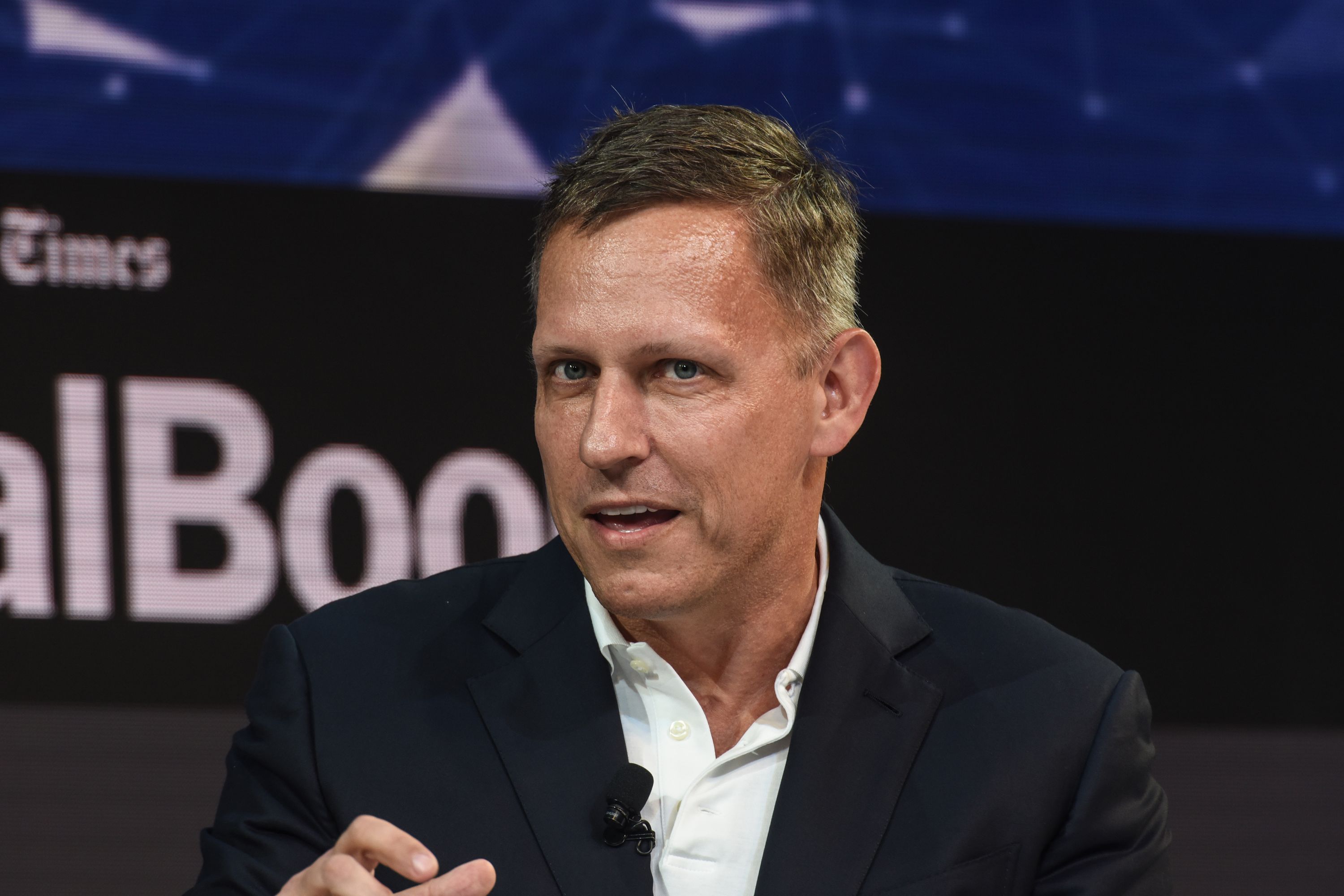 My POLITICO colleagues inform me that billionaire Peter Thiel has purchased a $13 million mansion in Kalorama, a suffocatingly wealthy neighborhood in Washington, D.C., just off of Dupont Circle. Thiel is now neighbors with Jeff Bezos, who has dropped almost $40 million purchasing and remodeling two Kalorama mansions that face one another. If only a third billionaire like Musk were to move into Kalorama (where the Obamas live and home to Javanka during the Trump years), we could declare a trend: All the billionaires are moving to Washington!

It sounds ridiculous because it is. But in fact, out-of-town rich folk have long loved the Dupont Circle area. During the Gilded Age — after the Civil War and extending into the opening of the 20th century, mine owners, old family money, publishers, railroad money and plantation proprietors charged into the city, purchasing large plots of land that radiated out of the hub that was Dupont Circle and erected costly, showy, status-proclaiming mansions on the neighborhood’s broad streets. Long before Bezos and Thiel discovered the area, George Westinghouse, the creator of a steampunk high-tech corporation he named after himself, purchased his own grand home off of Dupont Circle.

Why do they come? Inexplicably, rich people seem drawn to other rich people and want to live among their own kind. But for most of them, Washington was their winter home during the “social season” defined by the month Congress was in session, a place of balls, receptions, dinners, dances, debutante unveilings, parties, musical performances and other status-reflecting events.

As Stephen A. Hansen writes in his definitive A History of Dupont Circle: Center of High Society in the Capital, the wealthy flocked to Washington to build their grand homes in the Dupont Circle environs and built them and built them until there was no land left. The draw wasn’t the scenery or the weather but power. The federal government was expanding then as now. Where there weren’t outright government concessions and contracts to be won, there were laws, policies and treaties that could be fashioned to the economic advantage of a plutocrat, and all of those social events placed the gilded millionaires in the proximity of the senators, representatives and bureaucrats authoring those powerful documents.

Take Bezos, for example. Not to take anything away from his enterprise, but his empire bathes in government largesse. His Blue Origin space company has been battling Musk on Capitol Hill for up to $10 billion in government contracts for NASA’s next moon-lander. He’s been fighting Microsoft for another $10 billion contract to provide cloud computing services for the feds. Employing almost 1 million people, he needs a ring-side seat in governmental discussions about workplace regulation. The same goes for his logistics operations and his ambitions to provide drone deliveries.

Thiel, who endorsed Trump for president in 2016 and spoke at his nominating convention, has his own government contracts to manage. He’s the co-founder of the “big-analytics” company, Palantir, that recently secured an $823 million contract from the U.S. Army. Palantir also does work for other government operations, including ICE and the intelligence establishment, and got capital from the CIA’s In-Q-Tel venture capital division. If there’s a big table in Washington where deals are dealt, Thiel, like Bezos, wants a seat at it. What better way to woo the city’s political class than with receptions and dinners at your palace where you can trade gossip with other politicos and billionaires? What better vantage for Thiel to assess his campaign investments in GOP Senate candidates J.D. Vance and Blake Masters ($10 million each) than a compound of one’s own in Washington?

Why shouldn’t Musk buy a place here? He has won billions in government contracts for his SpaceX company and hundreds of millions of subsidies for his Solar City firm. If not for government handouts, Musk’s Tesla probably would not exist. “Much of its current profits are thanks to the sale of government regulatory credits to other, traditional automakers, which allowed them to keep making gas-guzzling pickups and SUVs rather than reduce their emissions,” Zachary B. Wolf wrote for CNN last month.

Today, only a few of the Gilded Age fortresses remain. Most have been demolished to make way for office buildings. Others have become home to foundations or exclusive clubs (the Cosmos Club) or sold to foreign nations and converted into embassies. One especially grand one, the Patterson Mansion, built by a Chicago publisher, has been chopped up into luxury apartments. But a few premium castles still remain and from which the rich conduct their business. And I do mean business. Like the royal citizens of the Gilded Age, the modern wealthy are only seasonal visitors to their palatial homes here. No real “living” is done in their living rooms. These temporary residences are expressions of their economic and political status. Think of these homes as being like factories or offices or warehouses elsewhere, a place to do the grubby work of mingling and deal-making with the powerful and to display dominance, no more.

The Washington mansion never defines the tycoon, but then as now, it does complete him.

“It’s not a house it’s a home,” Bob Dylan once sang. Send real estate tips to Shafer.Politico@gmail.com. My email alerts live in a duck shack. My Twitter feed in an Airbnb. My RSS feed lives in a large ceramic jar.