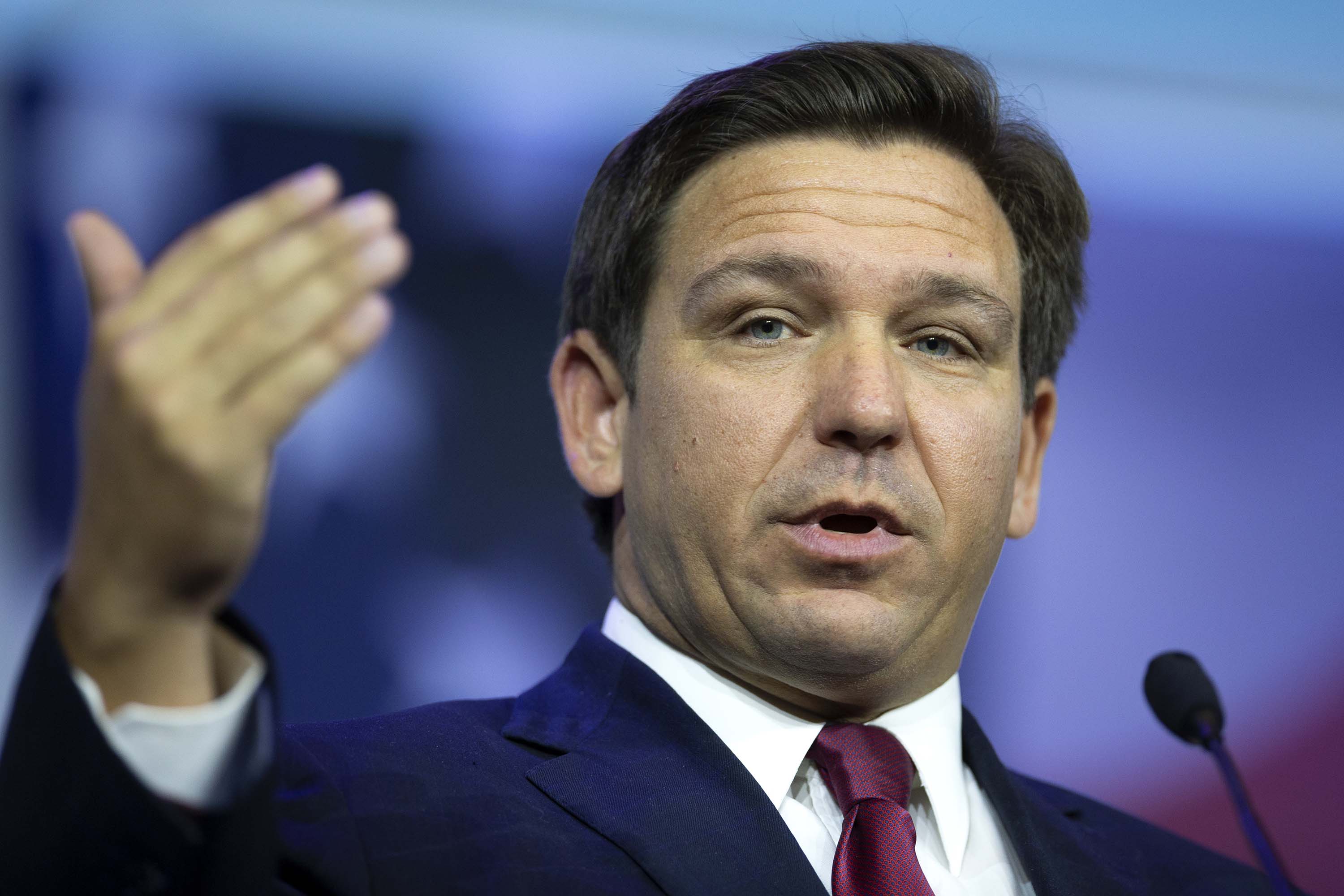 TALLAHASSEE — Gov. Ron DeSantis is all-but certain this week to get the GOP-led Florida Legislature to pass a package of bills that he hopes will hobble the Biden administration’s Covid vaccine mandates.

But those policy wins will quickly turn into political fights ahead of DeSantis’ 2022 reelection.

“Your right to earn a living should not be contingent upon Covid shots,” DeSantis said when announcing the special session. “We have a responsibility, yes, to stand up against Biden’s mandates.”

But Democrats accuse the governor of using the weeklong special legislative session to boost his national profile for his reelection campaign and ahead of a potential 2024 White House bid. They say it’s not about protecting workers — it’s “political theater.”

“This is not about trying to craft good public policy,” Florida House Democratic co-leader Evan Jenne said during a Monday news conference in the Florida Capitol. “This is about whipping up people’s fears. A lot of this is fear based.”

DeSantis has built a national base with conservative voters by clashing with Biden over pandemic regulations, and the special session furthers those aims. Florida is already challenging the Biden administration’s vaccine mandates in court. But this week’s session will give DeSantis legislative accomplishments from Republican lawmakers while riling-up Democrats. So far, DeSantis is seen as the favorite to win re-election, with a trio of potential Democratic contenders, including Agriculture Commissioner Nikki Fried, state Sen. Annette Taddeo and Rep. Charlie Crist, all of whom are trailing badly in both fundraising and most public polling.

Jenne likened the GOP-Legislature to a “paramilitary force,” a reference to its top down power dynamic, with very few rank-and-file members willing to take votes out of line with leadership priorities. In this case, that means likely unanimous votes for the DeSantis-pushed package of special session bills.

“A lot of this is destined to pass,” Jenne said.

To underscore the pre-determined nature of the special session, both the Florida House and Senate are set to vote on the final bills on Wednesday, an indication lawmakers will quickly move the measures through committees.

Florida Senate President Wilton Simpson (R-Trilby) was more cautious, saying that nothing was a done deal. But it was clear that Senate Republicans support DeSantis’ legislative package.

“Obviously, we have to go through a bill drafting process, a committee process, and we will see what the final product looks like on Wednesday,” Simpson said.

State Sen. Jason Pizzo (D-Miami) said that Democrats, who are in the minority in the Legislature, are aligned in opposition on larger points of the bills, although they haven’t yet met to establish a unified position.

Yet there are elements in the package of bills that could draw some Democratic support. Pizzo, for example, says he doesn’t oppose a proposal that would block from the public key documents associated with state attorney general investigations into employees who were fired over a vaccine mandate. But the caucus has not yet made an official stance.

Pizzo said he isn’t against the proposed records exemption but would like to see more comprehensive protections.

That same bill directs the state attorney general to fine private companies up to $50,000 per violation if it was found to have fired a worker over vaccine requirements, which Pizzo said could lead to either arbitrary or even selective enforcement.

Pizzo said the bill has placed Senate Democrats in the rare position of sticking up for businesses and rejecting any new business regulations. Senate Democrats also oppose a measure directing the governor’s office to explore creating a new state agency to replace the federal Occupational Safety and Health Administration, which is responsible for implementing the Biden administration’s vaccine mandates for employers with 100 or more workers.

“And all of a sudden, we’re creating another layer of regulation, bureaucracy,” Pizzo said. “You have businesses here that we’re trying to lure and create a larger footprint, and track new business, and expanding business here to Florida, and we’re doing them a solid by creating a new regulatory agency?”