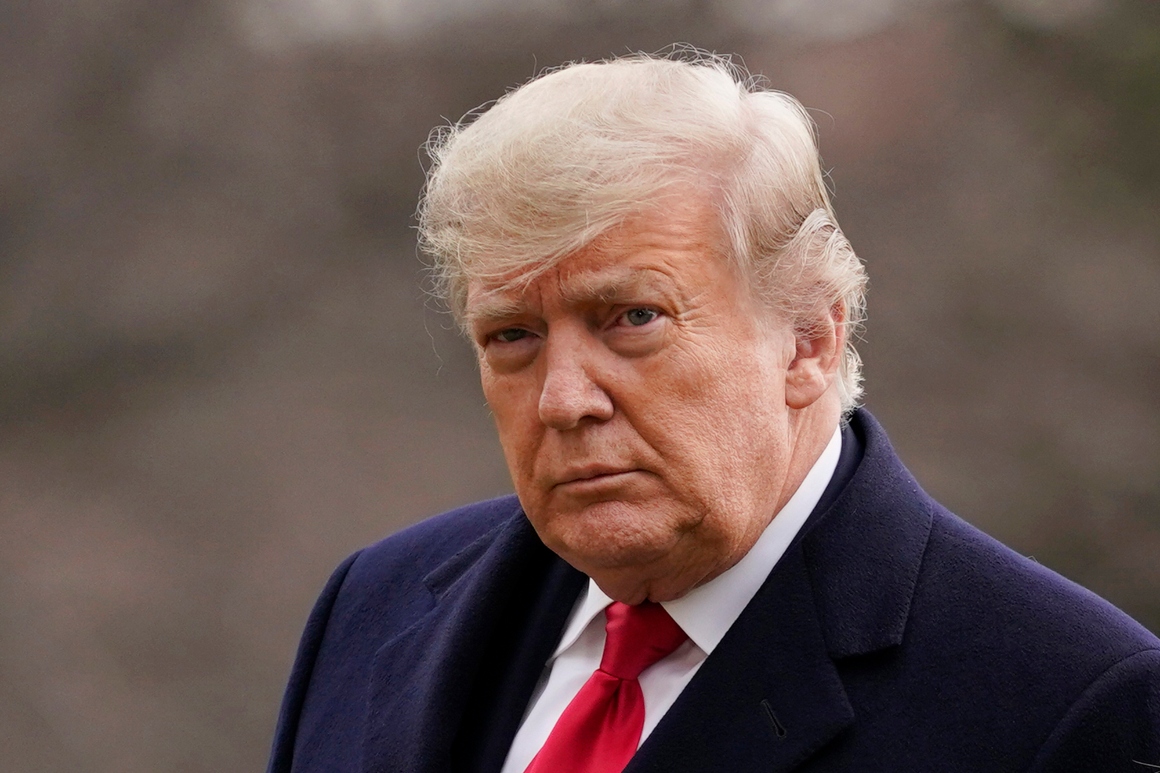 Permitting former President Donald Trump to block the congressional investigation of his White House records would upend the balance of power between the legislative and the executive branches as well as threaten the safety of the 2022 elections, the Jan. 6 select committee argued Monday.

In court filings with the D.C. Circuit of the U.S. Court of Appeals, the committee and the National Archives — where Trump’s White House records are housed — said future elections could be in jeopardy if Congress isn’t permitted to learn everything it can about how Trump’s efforts to overturn his 2020 defeat helped spark the violent attack on the Capitol.

“[F]uture elections are imminent and there could be future attacks on democracy rooted in conduct occurring well before the election,” House Counsel Douglas Letter argued on behalf of the Jan. 6 panel. “The Select Committee’s task to study and suggest legislation to ensure that January 6 is not repeated, and that our Nation’s democracy is protected from future attacks, is urgent.”

Trump sued last month to stop the National Archives from furnishing reams of White House papers to the Jan. 6 panel, arguing that he retains the right as a former president to assert executive privilege over them even if President Joe Biden disagrees — a claim that greatly stretches existing precedent. Trump also argued that the Jan. 6 select committee is illegitimate, operating without a legislative purpose and meant to harm him politically.

A federal District Court judge sided with the House and Archives earlier this month, rejecting Trump’s claims and ruling that former presidents have a minimal role in guarding their old records, particularly when a sitting president opts to release them to Congress. Despite that victory, the House agreed to a two-week delay in obtaining the records in order to give the appeals court time to consider Trump’s case.

A win before a three-judge appeals court panel, which is slated to hear oral arguments in the case next week, would be a huge lift for the House but likely not the final step. Trump could still pursue a ruling from the full appeals court bench or the Supreme Court. The House is investigating the Jan. 6 attack on the Capitol — which followed Trump’s monthslong push to overturn the election — and has homed in on Trump’s actions during the final frantic weeks of his term to marshal federal agencies to support his effort.

The papers at issue, according to the National Archives, include, “daily Presidential diaries, schedules, appointment information, drafts of speeches and correspondence, handwritten notes, call logs, talking points, memoranda, and email chains.” Among the documents Trump is seeking to keep from the Jan.6 panel are a handwritten note from former White House chief of staff Mark Meadows, describing Trump’s scheduled calls and briefings on the Jan. 6 election certification.

“The documents could inform which witnesses to depose and what questions to ask them, as well as whether further subpoenas should be issued to others,” the committee contends in its filing.

The Archives and the House say permitting a former president to intervene even when two branches of government would agree would be an unprecedented weakening of the relationship between Congress and the executive.

“In no other area can a former President continue to dictate the exercise of governmental authority,” the National Archives argued in a brief authored by Justice Department attorneys.

“A former President, for example, has no ability to block decisions by his successor to de-classify information that the former President classified, to unwind a state secrets assertion he made, to exit an international agreement he entered into, or to take any other action that might be contrary to an action he took,” the Archives added.