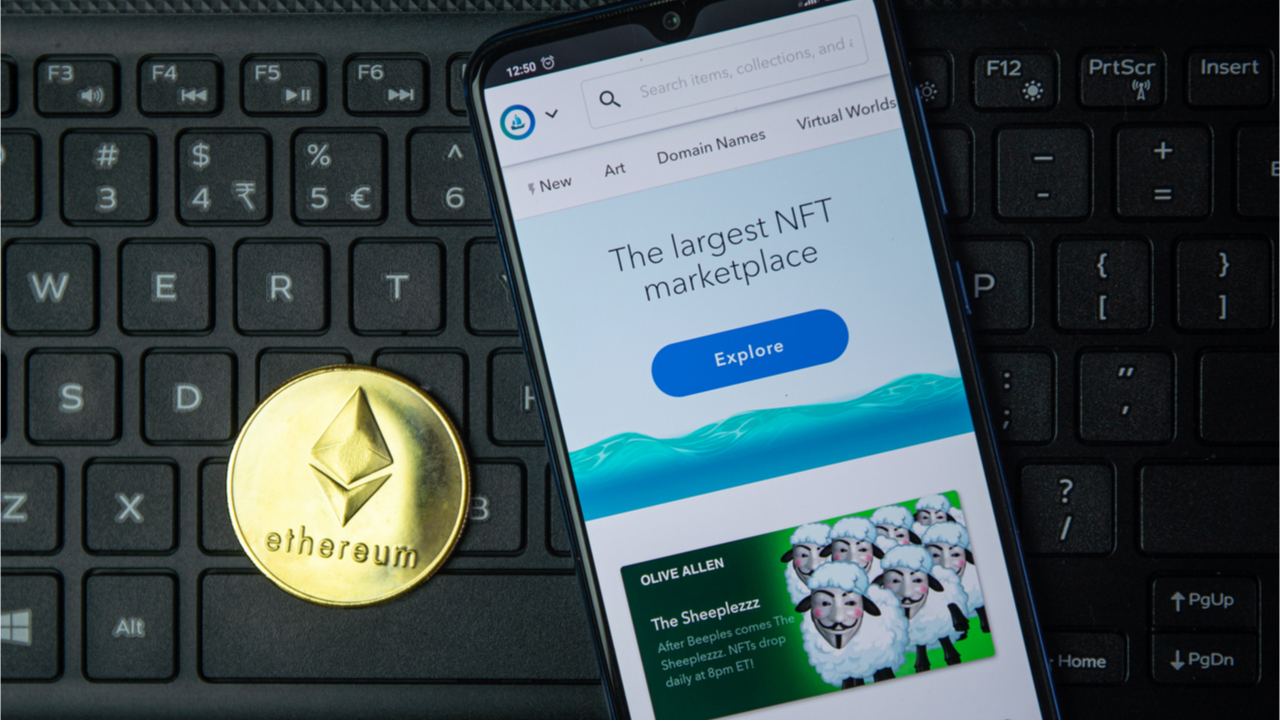 On November 17, a report disclosed that the leading non-fungible token (NFT) marketplace, Opensea, is “fielding new investment offers” according to two unknown sources familiar with the matter. The investment could propel Opensea’s valuation by six times to a $10 billion market valuation, according to the sources.

During the first week of November, the popular NFT marketplace Opensea surpassed $10 billion in all-time sales, according to statistics from dappradar.com. At the time of writing, dappradar.com metrics indicate Opensea’s all-time sales equate to $11.11 billion today.

Now, according to a report published by theinformation.com’s Kate Clark and Berber Jin, Opensea is fielding new investment offers and a new investment could make the company’s market valuation rise to $10 billion.

The two sources told Clark and Jin that the NFT marketplace did not “initiate” the financing as the people familiar with the matter stressed, “investors are clamoring for a piece of the startup.”

The fundraising rumors follow the company’s most recent Series B fundraising round in July. Opensea raised $100 million in a round led by Andreessen Horowitz and well-known investors like Tobi Lutke, Kevin Durant, and Ashton Kutcher. The Series B round propelled the company to unicorn status with a valuation of $1.5 billion after the capital raise.

The two sources stemming from theinformation.com’s editorial did not disclose the investors that are allegedly clamoring to invest in Opensea. The sources did say the magnitude of sales Opensea saw this summer was the reason behind the firms looking for a piece of the NFT marketplace. However, since August, metrics from Dune Analytics indicate that volumes have slipped lower month after month.

Opensea supports the Ethereum blockchain and Polygon blockchain and on November 17, the company introduced the Opensea mobile applications for Android and iOS. Opensea’s daily volume in ethereum (ETH) dipped through the month of October, while Polygon volumes have risen. Ether sales volume on Opensea has kicked up a notch during the second week of November.