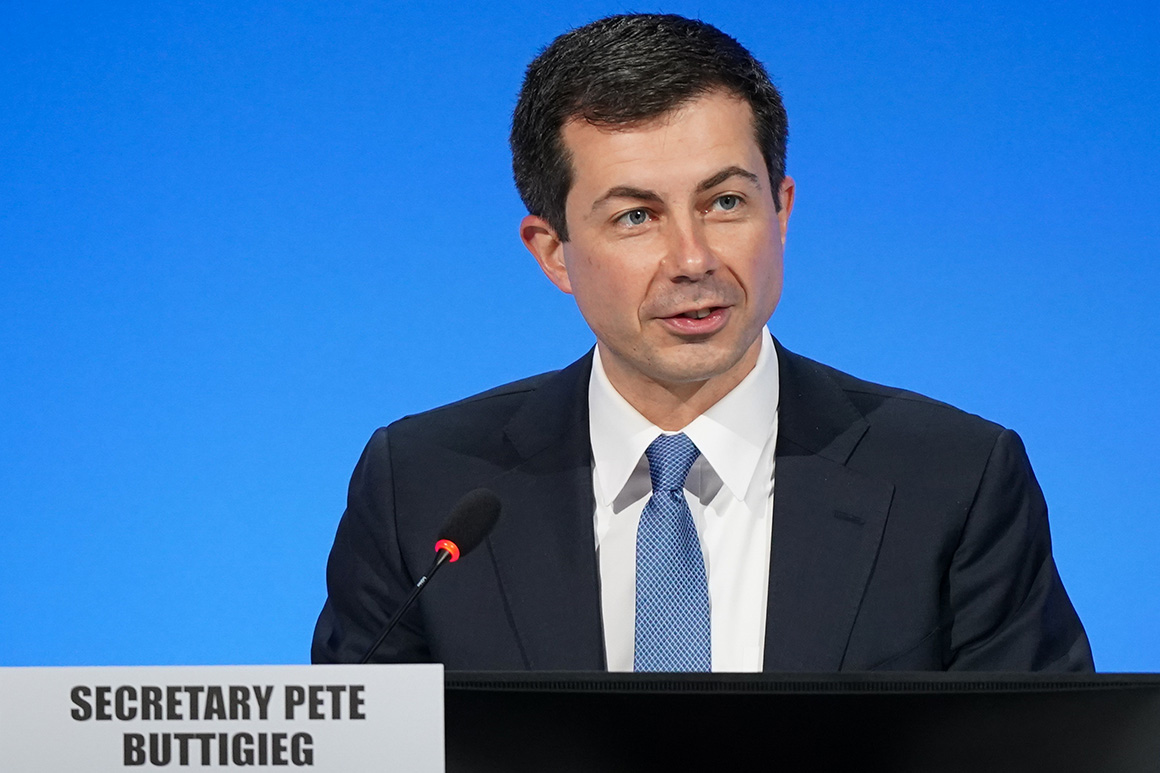 His agency’s newly filled coffers will give Buttigieg the chance to blitz the airwaves and crisscross the country handing out money for bridges and roads, further adding to his already robust media presence. But such huge dollar signs also mean Buttigieg will face aggressive oversight for how the Department of Transportation spends the funds, and any hint of waste or abuse — even outside his direct control — could endanger his prospects in a potential presidential run.

GOP critics of President Joe Biden’s “Build Back Better” agenda, which includes not just the infrastructure package signed into law on Monday but also a so-far-elusive $1.75 trillion package of social spending, will be watching closely for flaws to highlight to voters.

On the Republican side, the political rewards for finding fault with the program will be immense, especially given the administration’s plans to sell infrastructure to Americans as a high-water mark for Biden. In addition, many of Biden’s priorities — transit, walkable and bikeable streets, passenger rail — will shower money on big, blue coastal cities, inviting accusations of favoritism to Democratic strongholds.

“Most Republicans didn’t vote for this bill,” said Democratic strategist and pollster Mark Mellman, whose clients have included dozens of members of Congress. “Some of those Republicans are going to be claiming credit anyway. Others will be looking for opportunities to rub somebody’s nose in bad results. Some will be doing both. But a lot of people will be looking for problems with how this money is spent.”

Even in the best of circumstances, Buttigieg, whose previous political experience was running the city of South Bend, Ind., has his hands full. South Bend’s 2022 budget is $386 million. DOT’s annual budget is around $90 billion — and now that the infrastructure bill has been signed into law, it will swell to about $140 billion.

DOT had no comment about how Buttigieg might handle the challenge. But he nodded to it in a recent appearance on Meet the Press, saying he takes “very seriously the responsibilities that we have for everything that flows” through DOT, including all the new funding he will have to shepherd. “And can I tell you that everyone in my organization feels the same way. We know that we have a responsibility to be creative, to be smart, to be entrepreneurial, but also to be careful, cautious, and accountable of these dollars.”

With an eye on his future, Buttigieg could rain money on potential swing states like Florida, Wisconsin and Ohio as well as vote-rich Democratic strongholds like New York and California. He’ll get the chance to cozy up with the local political powerhouses and make the next few years a nonstop campaign tour through the country, listening to people’s problems — and helping fix them, all of which could improve his political fortunes immensely.

But that attention can be a double-edged sword, especially in a political atmosphere so toxic that support for helping communities make their roads safer can draw threats of violence.

There are already signs of eroding support among GOP voters that could create even more polarization from Republican politicians. According to the latest POLITICO/Morning Consult polling data, just 22 percent of Republicans polled say they support the infrastructure bill, down from 40 percent in April.

Buttigieg also has to navigate his own party, whose political future may rest on the way infrastructure cash gets doled out. On Sunday, Biden announced the appointment of Mitch Landrieu, the Democratic former mayor of New Orleans, to lead an effort to steer the law’s substantial funding for infrastructure, including the creation of an advisory panel — all of whose members can come to the table with their own big ideas and priorities.

In a press conference Monday, White House press secretary Jen Psaki said Landrieu as well as Biden himself, who she called “Sheriff Joe,” will be exercising diligence over the spending, noting that they’ll be “making sure we … prevent waste, fraud and abuse.”

But even careful planning can’t avoid all catastrophes.

“You have this massive amount of money, and investing a significant chunk of it in something that goes sideways could be very embarrassing and politically damaging,” said Geoff Burr, who served as chief of staff under Trump-era Transportation Secretary Elaine Chao. “That’s the struggle and the tension of trying to do ambitious things and trying to be innovative. It comes with considerable risk.”

Plus, he said, tension will arise “between wanting to get the money out as quickly as possible and making sure that it reflects your priorities and goals, and those two things are at odds,” Burr said. “Getting this sort of funding out already goes slower than anybody wants it to. But this is an opportunity that you get, I don’t know, once in a decade? And you want to make sure that it reflects your goals.”

Beyond mismanagement, some risk exists that GOP strongholds could flat-out reject certain kinds of infrastructure funding, as three Republican governors did a decade ago when they turned up their nose at $2 billion in high-speed-rail money from the Obama administration.

Some parts of the infrastructure could play more favorably in Republican-led states, including bridge repair grants, a huge infusion of money for roads — and even federal grants for electric vehicle charging stations, which would disproportionately go to rural areas. But that last category also creates an opening for culture-war fights about whether the money just benefits people rich enough to afford a Tesla.

Over the five-year life of the bill, DOT will manage $211 billion in discretionary funds. Aside from charges of political or geographical bias, if one of those grants goes sour and creates a crisis, it could land on Buttigieg’s head.

Buttigieg may have one advantage: the generally slow pace of infrastructure projects, especially big ones. Consequential projects are often multiyear affairs, and that could mean that any problems that arise will emerge slowly.

That’s what happened to Boston’s infamous “Big Dig,” a multibillion-dollar tunnel project plagued by massive cost overruns, criminal charges and safety flaws that led to one death, noted one former senior Trump administration DOT official. The official also pointed to the 2018 collapse of a pedestrian bridge near Miami, in which poor engineering was implicated.

“Think about the big infrastructure debacles,” said the former official, who asked to remain anonymous to speak candidly. “Those only became known years after it happened. For instance, the Big Dig: It was after six or seven years of the funding that cost overruns were fully realized. Or the Florida [International] University Bridge collapse… It had been four years since that grant was made.”

“I think the Trump administration would have misspent a lot of this,” said the former Trump DOT official. “If we had received this money, we would have received just incessant calls from the White House, asking us to give this project or that project money — whereas I feel like the Biden administration is going to have an [official request for proposals] drafted and they’re going to have a clear press roll-out strategy.”