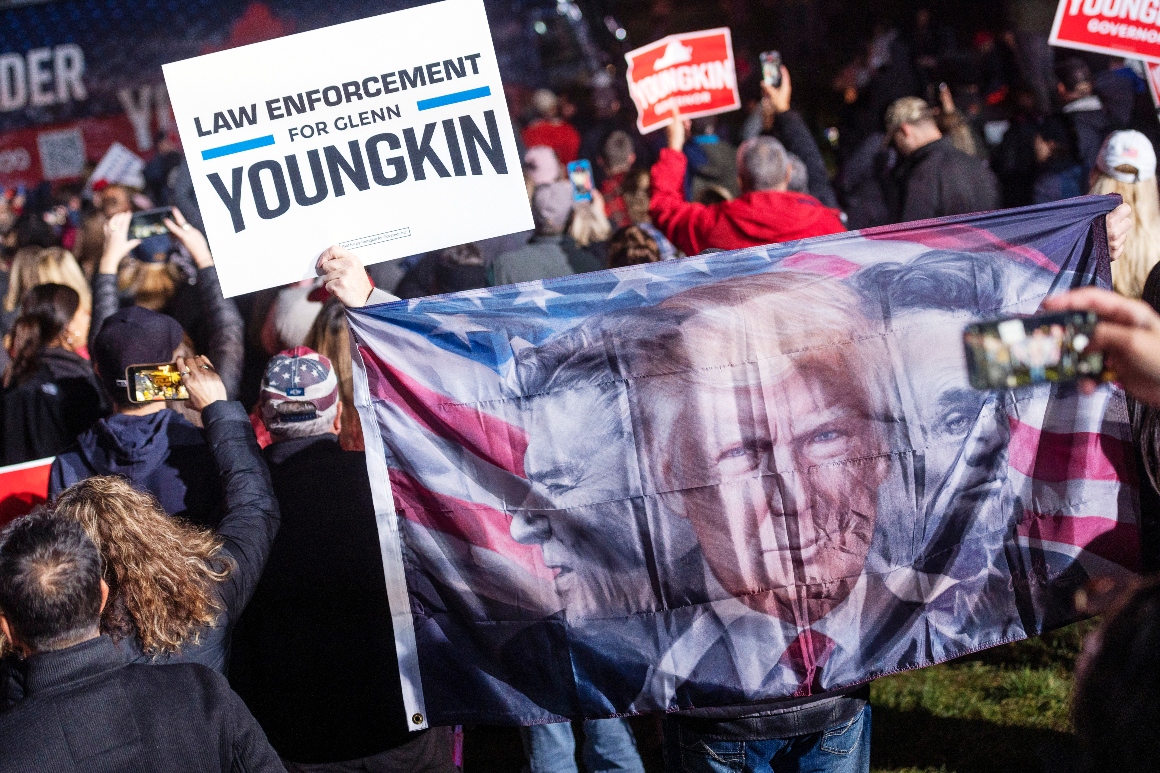 As Marco Rubio prepares to run for reelection a year from now, he has little doubt that former President Donald Trump’s presence in Florida will help him.

“The president’s viewed as a liability in the minds of some people around here. Not in the real world,” Rubio said in an interview on Wednesday. “He won Florida. And if he ran today, he’d win by more.”

The GOP incumbent said he’d be perfectly fine appearing on stage with the former president who defeated him handily in their 2016 presidential primary battle. It’s a stark departure from the strategy Virginia Gov.-elect Glenn Youngkin used to winning effect: snagging a Trump endorsement while keeping some distance from the former commander-in-chief and his infamous campaign rallies.

But Trump lost Virginia by 10 points — and the Senate map next year is a different story, with battleground states that boasted far tighter margins between Trump and President Joe Biden in 2020. So, after essentially trying to divorce themselves from Trump in the wreckage of Jan. 6’s violence, Senate Republicans are instead committing themselves to their tenuous political marriage of convenience with him, according to interviews with nearly a dozen GOP senators on Wednesday.

Trump’s breakneck campaigning helped them pick up Senate seats in deep red states in 2018 before his fixation with his own loss blew the Georgia Senate runoffs in January. Now, as they try to net the single additional seat needed to take back control of the Senate, Republicans are looking to Youngkin as a floor for how to deal with the former president — with Rubio’s easy Trump embrace as the ceiling.

Youngkin is “very deft for somebody who hasn’t run a campaign before, in understanding the importance of the Trump voters out there to his coalition,” said Sen. John Thune (R-S.D.), the GOP whip. “It’s a good playbook. Hopefully, our candidates can sort of watch and learn.”

Virginia’s incoming governor focused most of his energy on education in the state and other local issues, a throwback to the Senate GOP’s 2016 “sheriff races” strategy of focusing on local matters and not Trump during their successful defense of their majority that year. Still, the former president always loomed large in this year’s Virginia gubernatorial race, as Terry McAuliffe tried to capture the anti-Trump energy that’s animated the Democratic Party for the last five years.

And Youngkin handled that in a way that Republicans hope GOP candidates can emulate in battleground states like New Hampshire, Arizona, Georgia, Pennsylvania and North Carolina. Youngkin didn’t renounce Trumpism in a blue state, nor did he emphasize it. That gives Republicans lots of room to work with when it comes to using Trump’s base to reinstall Mitch McConnell as the majority leader.

“You can’t be successful without Donald Trump. It’s a business of addition,” said Sen. Kevin Cramer (R-N.D.). “In some states, being all in with Donald Trump and having former allies in your state probably helps you get elected. In other places you have to deal with it differently. Glenn Youngkin, whatever he did, worked.”

Trump also played a critical role himself — one of self-restraint that Cramer diplomatically called “pragmatic.” It is not a quality usually associated with Trump, who has spent the last few months continuing to falsely claim 2020 election fraud and holding occasional rallies.

Yet after giving his blessing, Trump largely stayed out of Youngkin’s way. Whether he will be able to do the same in the midterms, with some of his handpicked candidates running in key battlegrounds, is a different question altogether.

“Trump played it pretty well, not to give any more air to the Trump card,” said Sen. Lindsey Graham (R-S.C.). “Being associated with an unpopular politician [like Trump] is an oft-used strategy. However, if that’s all you got, you’re not going very far.”

Republicans are already discussing a state-by-state strategy when it comes to the former president, who has waded into a number of GOP primaries already. Trump anointed Herschel Walker as the presumptive GOP nominee in Georgia, elevated Rep. Ted Budd as his pick in North Carolina and backed Rep. Mo Brooks in Alabama.

Whether he will play the same role in general elections is up for debate among Republicans. Next year, there aren’t the same type of deep-red pickup opportunities that there were in 2018 in states such as Indiana, Missouri and North Dakota. At the same time, the places where the two parties are scrapping for the Senate majority next year are more closely divided than Virginia. That includes generally Republican territory like Arizona, Ohio, Iowa and Georgia and perennial battlegrounds Wisconsin, North Carolina, Florida, New Hampshire and Nevada.

“President Trump’s gonna do what he wants to do,” said Sen. Mitt Romney (R-Utah), who twice voted to convict Trump during impeachment trials. “He will clearly have a very substantial influence on primary campaigns. And in some states, in the general election. And others, not so much.”

Sen. Jon Tester (D-Mont.) still recalls Trump’s appearances in his state in 2018 for his opponent Matt Rosendale, saying “I don’t think it hurt” Rosendale in a state Trump won handily. But Tester said it was clear from the way Youngkin kept Trump at arm’s length that Republicans “didn’t want him to come, because they didn’t think it would help.”

Trump did a tele-rally for Youngkin, put out several statements supporting him and said they would work well together. However, in a world without Trump’s Twitter account, big rallies or presence in the White House, it just didn’t have the same effect for Democrats.

And more importantly, that didn’t seem to turn off pro-Trump Republicans either. That’s important, said Sen. John Cornyn (R-Texas), because “clearly we need the Trump voters.”

“Being part of a conservative movement created by President Trump wasn’t a liability,” Graham said. “The effort to disqualify Youngkin by constantly associating him with Trump didn’t work.”

McAuliffe lamented that fact a day before the election, saying the Trump effect didn’t work the same way it did in previous election cycles. Democrats are recalibrating their tactics by vowing to finally finish Biden’s infrastructure and social spending bills to have something to sell to voters a year from now.

Republicans say they’ve learned Trump needs to be in the fold with them in the midterms — they simply can’t win while fighting him. But they are far more enthusiastic when emphasizing basically anything else, whether it be local- or state-specific issues, or Biden.

“We need to focus on education, economic security. That’s all we need to focus on. Not looking back, looking forward,” said Sen. Thom Tillis (R-N.C.), who eked out a reelection win last year.

Candidates “really need to study what happened in Virginia and model a lot of these campaigns about that,” Tillis added. “Because the Democrats are going to do like they tried to do to Youngkin.”