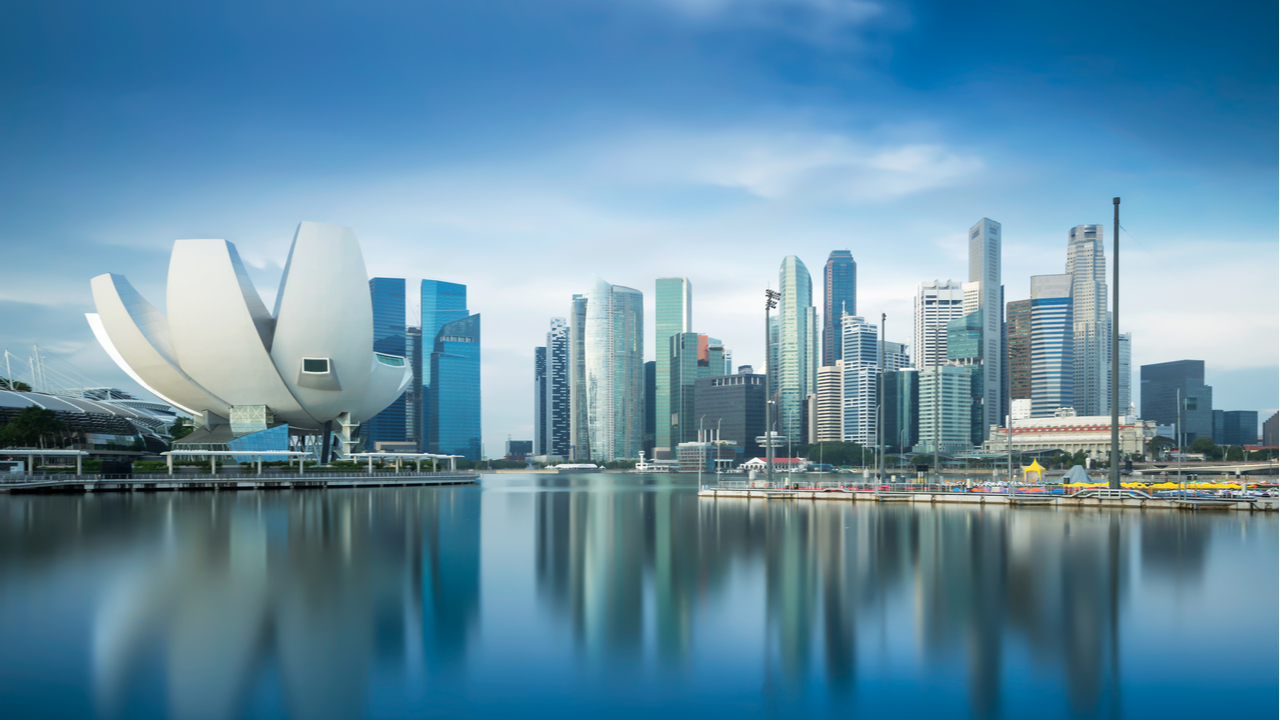 Singapore, already a major financial center in the world, is now aiming to become a cryptocurrency hub as well. The city-state is seeking to secure its role as a leading player in the crypto space, the head of its central banking institution has indicated in recent comments.

Singapore to Establish Itself as Center for Crypto Business

Authorities in Singapore are taking steps to cement its position as a key player in crypto business, the official who has been at the helm of the Monetary Authority of Singapore (MAS) for a decade has revealed in an interview. It comes as Singapore and other financial hubs around the world are exploring ways to regulate the rapidly growing sector. Quoted by Bloomberg, managing director of MAS Ravi Menon stated:

We think the best approach is not to clamp down or ban these things.

The MAS is Singapore’s central banking institution responsible for setting the rules for banks and financial firms. The authority is now trying to also introduce “strong regulation” for companies dealing with cryptocurrency, to allow those that meet its requirements and properly address the full range of associated risks to operate in the jurisdiction.

“With crypto-based activities, it is basically an investment in a prospective future, the shape of which is not clear at this point,” Menon noted. The executive warned that Singapore risks being left behind if it doesn’t get involved in the space. He further elaborated:

Getting early into that game means we can have a head start, and better understand its potential benefits as well as its risks.

Ravi Menon insisted that Singapore must raise its safeguards to counter risks including those related to illicit flows. At the same time, the city-state is “interested in developing crypto technology, understanding blockchain, smart contracts.” It’s also preparing for a Web 3.0 world, the central banker emphasized.

In the race to attract crypto businesses, Singapore is competing with destinations such as Malta, Switzerland, and El Salvador, among others. The task is a difficult one as in many cases the crypto industry has developed with few regulations while players oppose government attempts to introduce limitations. A major crypto platform already operating in Singapore is Binance, the world’s leading digital asset exchange.

Earlier this year, MAS announced that 170 companies had applied for payment service licenses, bringing the total of applicants under its Payment Services Act from January 2020 to 400. In August, the authority revealed it had notified several providers that it was going to license them. However, just three crypto companies have since received the permits, including the brokerage arm of DBS, Singapore’s largest bank. Around 30 other entities have withdrawn their applications.

The managing director of the MAS pointed out that the regulator is taking time to assess applicants to ensure that they meet its high requirements. The authority has prepared itself in terms of resources to work with an increasing number of licensees but also stressed:

We don’t need 160 of them to set up shop here. Half of them can do so, but with very high standards, that I think is a better outcome.

Menon is convinced that the benefits of having a well-regulated domestic crypto industry could also extend beyond the financial sector. “If and when a crypto economy takes off in a way, we want to be one of the leading players,” he insisted, adding that the crypto space can help create jobs and added value even more than the traditional financial industry.

Do you think Singapore will achieve its goal of establishing itself as a leading global crypto hub? Let us know in the comments section below.