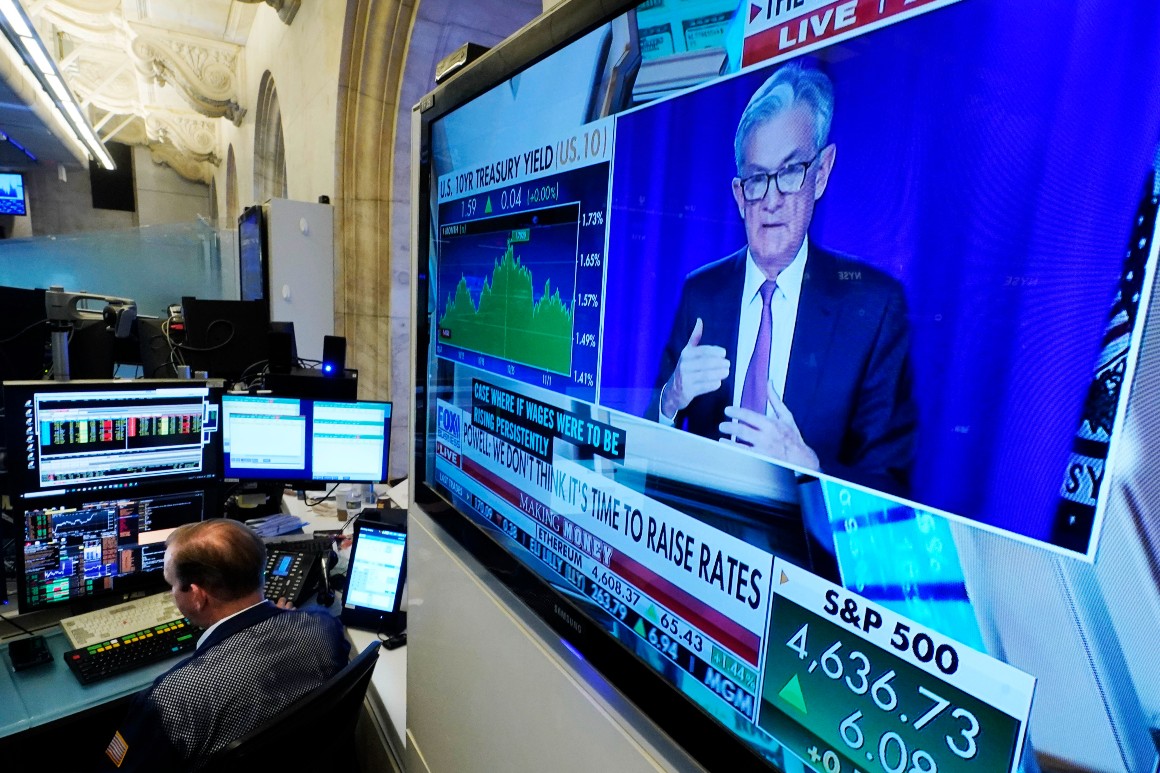 NEW YORK — The stock market is soaring. Company and household bottom lines look strong. Yet corporate executives across the U.S. are obsessing over inflation — and some think the White House isn’t grasping the extent of the problem.

Spiking inflation — underscored by two government reports this week showing the biggest price surges in decades — presents a powerful threat to the economy as it struggles to shake off the pandemic, executives say.

“I don’t think the administration is on top of it at all,” said the CEO of one of the U.S.’s largest companies who spoke on condition of anonymity out of concern over angering the administration. “How many people inside this White House really know what inflation is or how it impacts businesses? It’s not really their fault. It’s been so long since we really had it.”

Many executives themselves are flying blind and growing increasingly worried that Washington politics — in which Democrats want to spend hundreds of billions more on President Joe Biden’s agenda and Fed Chair Jerome Powell wants to avoid denting the labor market while Biden weighs nominating him for a second term — will block any real steps to address inflation before it gets worse.

The executives would like to see less eye-popping spending proposals, stronger moves to boost supply chains and more pressure on Powell to speed up his efforts to choke off rising prices. But they are doing it all with limited real-world experience.

“Inflation is really something our parents had to deal with, and for a lot of us, even though we are getting older, we really only knew about it theoretically,” said Jack McCullough, president of the CFO Leadership Council, which claims over 2,000 members in a variety of industries.

“I don’t sense a lot of optimism among our members on inflation or the government response to it, and they don’t think it’s a transitory three-months-to-a-year kind of thing,” McCullough said. “It doesn’t seem that on a bipartisan level our government is actually interested in doing anything about this.”

Executives complain that while Treasury Secretary Janet Yellen and Commerce Secretary Gina Raimondo have been responsive to their warnings about inflation, the West Wing of the White House appears too confident that the problem will go away once supply chain disruptions ease.

White House economic officials, echoing Powell and the Fed, continue to largely dismiss the numbers as the temporary byproduct of an economy ground to a halt by Covid. The administration says it’s working hard to address supply chain problems and that as more Americans come back to work in the coming months, wage pressures on employers will ease and inflation will drift back down.

In a statement before an appearance in Baltimore on Wednesday, Biden said inflation “hurts Americans pocketbooks, and reversing this trend is a top priority for me.” He added that the “largest share of the increase in prices in this report is due to rising energy costs — and in the few days since the data for this report were collected, the price of natural gas has fallen.” And he suggested that his big-spending agenda would actually help rein in inflation.

“I am traveling to Baltimore today to highlight how my Infrastructure Bill will bring down these costs, reduce these bottlenecks, and make goods more available and less costly,” Biden said. “And I want to reemphasize my commitment to the independence of the Federal Reserve to monitor inflation, and take steps necessary to combat it.”

But each month that the numbers come in hot puts pressure on both the White House and Powell. The central bank last week announced it would gradually pull back on some emergency aid to the economy by making small cuts in the Treasury and mortgage-backed bonds it buys each month to keep interest rates low. That represented a nod to inflation fears, but Powell gave no indication when the central bank would use its much more powerful tool: Actually raising rates.

On Wednesday, the Labor Department reported that the consumer price index popped up 0.9 percent in October from September, well above expectations, to an annual rate that is now over 6 percent, the highest level since 1990. That data followed a report on producer prices on Tuesday showing producer prices up 8.6 percent on the year – tied for the highest ever – and 0.6 percent over the month.

“Inflation is real,” said Mark Marasciullo, a partner at a New York developer. “We are developers, and we see it in every deal we are working on, and it’s a roller coaster of volatility unlikely to subside any time soon.”

Craig Doescher, a Michigan-based consultant who works in a chief financial officer-type capacity for multiple businesses, said inflation is disrupting nearly every sector and that there’s little confidence that anyone in Washington has a short-term plan to deal with it.

“It didn’t take long to completely break down the economy in 2020 but it’s going to take a long time to put it all back together,” Doescher said. “I’ve got clients who haven’t given significant raises to unskilled workers in decades and now they are raising wages by 50 percent and still having trouble finding people. There is a lot to ride out here.”

Across the nation, companies are dealing with the supply chain shortages, exploding demand from cash-rich consumers and skyrocketing labor costs in a confusing jobs market that is still lacking millions of workers who left during the pandemic. Consumers face higher prices on gas, shelter, food and many other items. Inflation is still nowhere near the massive heights of the 1970s. But it is higher than the U.S. has seen in decades, and the industry concerns about the issue are widespread and growing.

According to a CNBC survey released over the summer, “chief financial officers see inflation as the biggest external risk factor that their businesses face … surpassing Covid-19, cybersecurity and consumer demand.” Virtually no CFOs cited inflation as a major concern in the same survey in the first quarter of the year.

But rising prices for businesses and consumers now cannot be dismissed as a risk to continued economic growth.

“The level of inflation we have right now is not at all consistent with price stability,” the Fed’s Powell said last week. “We will use our tools as appropriate to get inflation under control. We don’t think it’s a good time to raise interest rates though because we want to see the labor market heal further.”

Powell and the White House are also in a delicate political situation as the chair faces renomination this fall. Wall Street likes Powell and there is not an obvious case to dump him in favor of a more Democratic-leaning candidate such as Lael Brainard, a current Fed governor and former Treasury official widely seen as the most likely replacement should Biden decide to oust Powell. 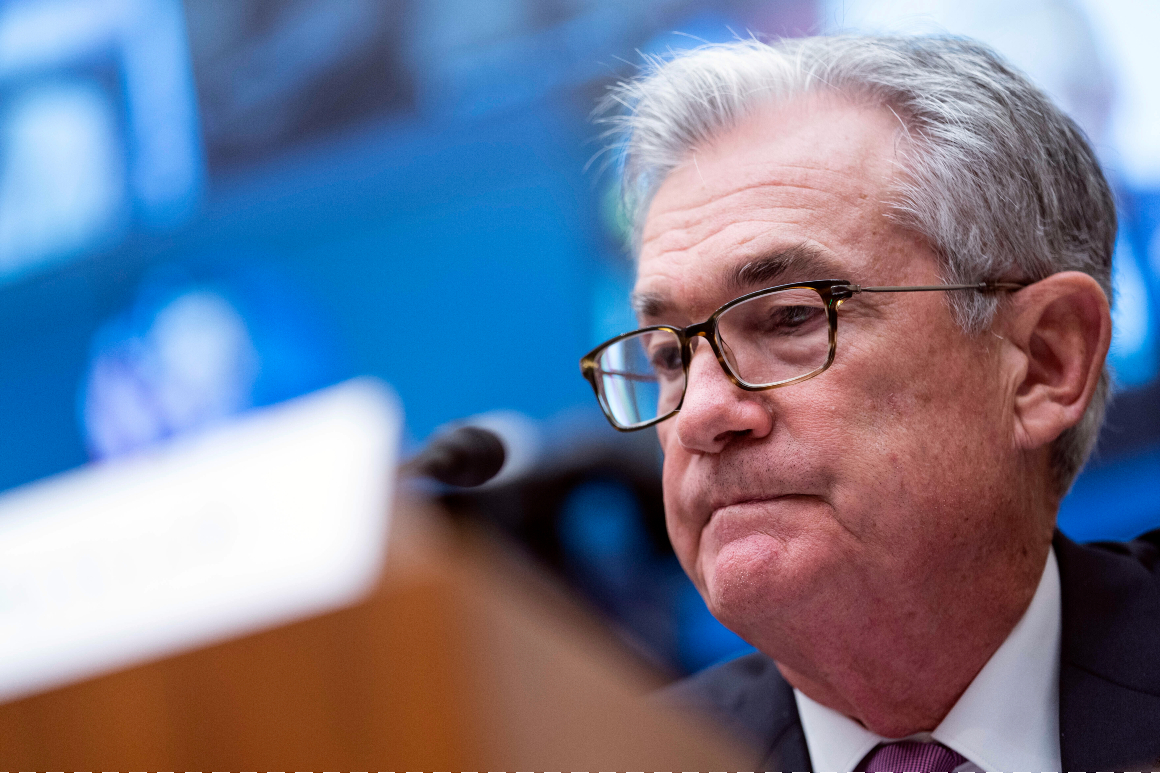 Rising inflation is already a political headache for the White House with Biden’s ratings on the economy dropping. And while many economic measures are strong, Americans are expressing displeasure at what they are paying for goods and services and how it affects their monthly budgets. Economists are also once again discussing a rising “Misery Index” which adds the jobless rate to headline inflation. The index got shelved after the 1980s when inflation mostly vanished.

And some economists worry that Powell is already too late to stop a significant further increase in inflation that could demand multiple rate hikes in the coming months, which would raise borrowing costs for consumers and businesses and slow the economy, perhaps significantly.

“At some point, the Fed is going to have to get more aggressive; the question is how much more aggressive,” said Diane Swonk, chief economist at Grant Thornton. “Powell and the Fed are walking the tightrope right now. And when you do that it’s very easy to fall off.”