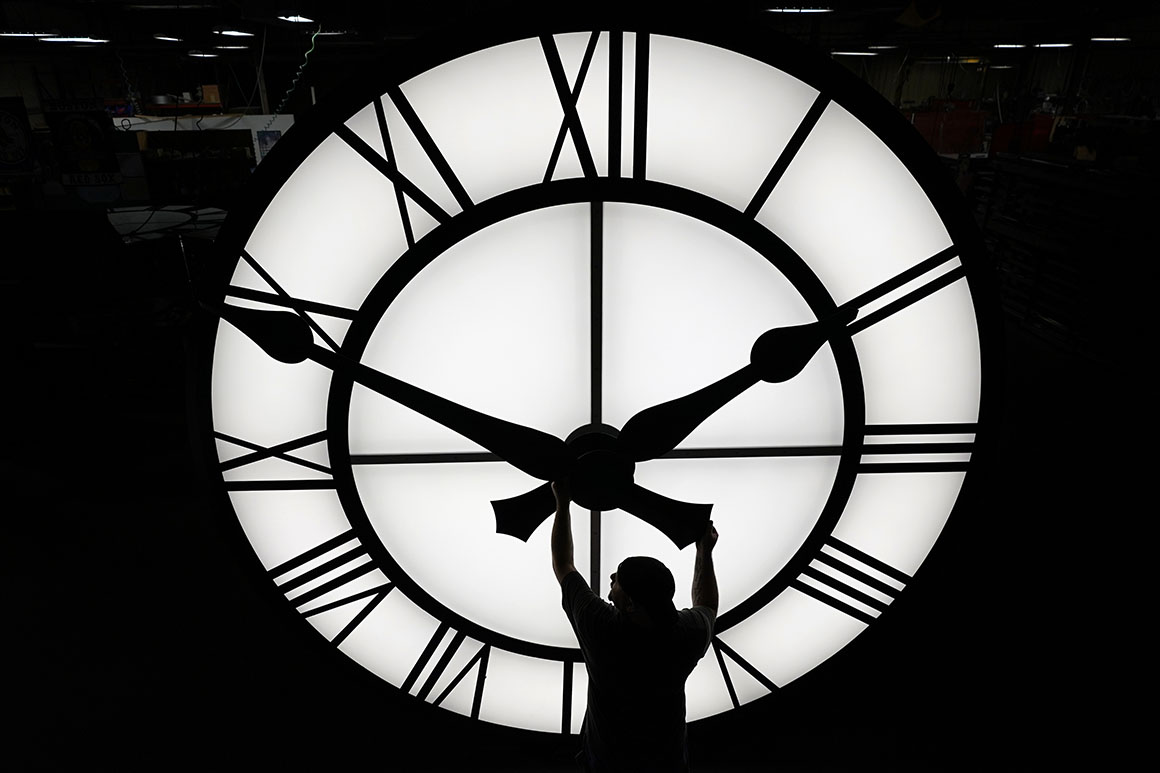 When the clocks turned back on Sunday morning to end daylight saving time, hungover college kids cheered and parents of young kids lamented their fates. But for Jay Pea and Scott Yates, it was yet another volley in one of the weirder and more vengeful grudge matches currently taking place in the world of public advocacy.

The two men are among the most prominent voices in the debate over how we structure the timing of our days. And they occupy opposite ends of the spectrum. Pea, 43, insists that standard time is the preferable option, and Yates, 56, argues that evidence points to permanent daylight saving time as the way to go (though, he adds, his movement is simply fighting for a no-change clock system). They’ve spoken with lawmakers’ offices, testified before government bodies, become go-to quotes for media stories and launched advocacy efforts to boot. Pea runs the group, Save Standard Time. Yates helms a movement he calls #LocktheClock.

They also seemingly despise each other.

Each suggests that the other is in the pocket of special interests. Yates has gone so far as to question whether Jay Pea is actually a real name (Pea showed POLITICO a California ID with his name on it) and accused Pea of operating several fake accounts on Twitter (Pea said he didn’t have time for fake accounts). Pea, meanwhile, believes Yates is a “wealthy powerful friend of Marco Rubio” (Yates said he did consult with Rubio’s office but has never had face time with a member of Congress on the issue). He accused Yates of calling him after dark to make threats, producing notes he wrote contemporaneously, in which Yates allegedly told him: “You’re never going to write about me, reply to my tweets, or anything … or I’m going to make you so f—ing sorry. You don’t even know. … You think this is libel? Then get a lawyer. But I will ruin you.”

Yates, who denied ever threatening Pea, has a different recollection of the conversation. He insisted that he only dialed Pea after Pea called a board member for one of his unrelated nonprofit groups, which Pea confirmed he did in order to report what he deemed misinformation.

That these two men could be at such bitter odds is both a microcosm of the current bare-knuckled nature of politics and an illustration of how even the debate over switching the time on the clock has become more mainstreamed and polarizing in recent years. Once largely the purview of agriculture and public health officials, the daylight saving vs. standard time argument has since gone from a topic of internet bemusement to the purview of state and federal lawmakers. 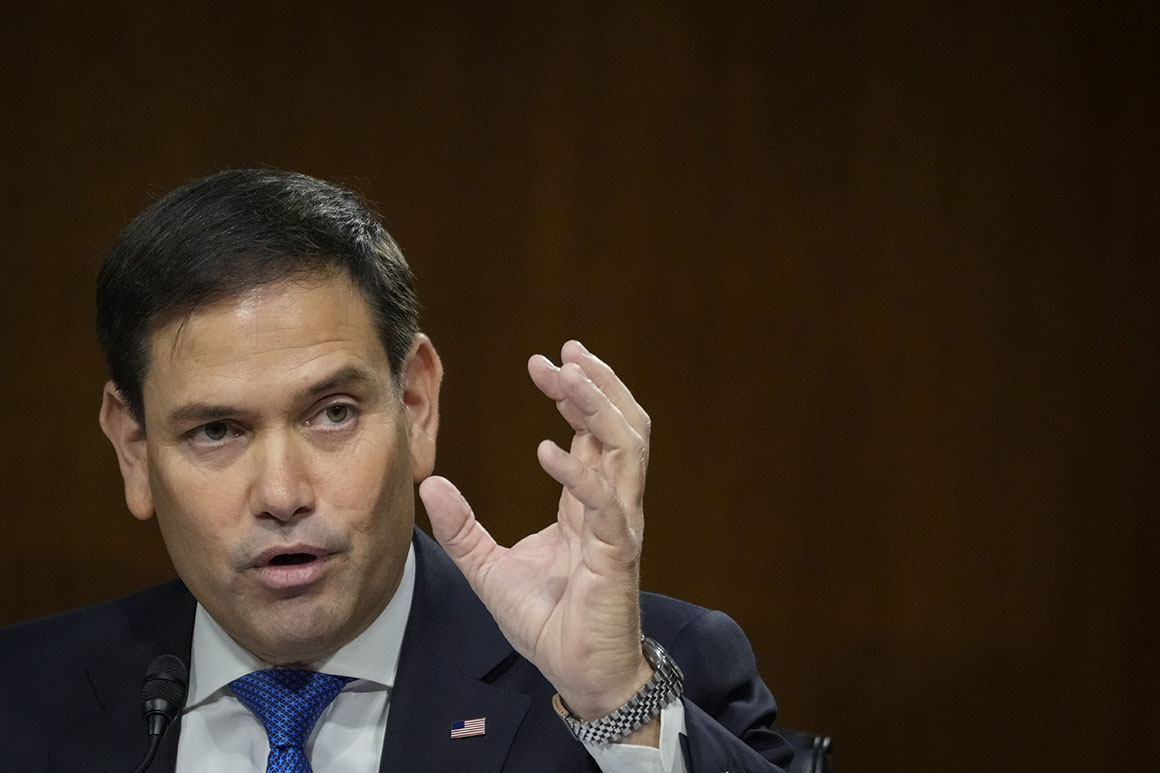 Rubio, the Republican senator from Florida, has introduced legislation that would make daylight saving time permanent across the country (besides those states or territories that do not participate in daylight saving time). His argument: the country needs to end the “annual craziness of changing the clock, falling back, springing forward.” Rubio has submitted the legislation, known as the Sunshine Protection Act, as an amendment to this year’s defense spending bill.

“We need to stop doing it. There’s no justification for it,” Rubio said in a prerecorded statement released earlier this month. “The overwhelming majority of members of Congress approve that and support it. Let’s get it done, let’s get it passed, so that we never have to do this stupid change again.”

The issue has created some unlikely bedfellows. Beyond Rubio, the legislation’s 14 co-sponsors in the Senate span the partisan spectrum: from progressive Sen. Edward Markey (D-Mass.) to stalwart conservative Sen. Marsha Blackburn (R-Tenn.). Momentum to stop clock changing has also spread nationwide. According to the National Conference of State Legislatures, since 2018, 19 states have enacted legislation or passed a resolution or voter initiative that move to make daylight saving time permanent.

However, Congress must authorize the measure before the states can proceed. And while there don’t appear to be any members arguing the other side — that a permanent standard time is the way to go — or fighting to maintain the status quo of switching back and forth, there is no indication that action is imminent.

Both Pea and Yates maintain that the evidence is on their side. The American Academy of Sleep Medicine has called for the elimination of daylight saving time, on the grounds that standard time better aligns sunlight with the human circadian rhythm. Daylight saving advocates say it would help people with their moods and prevent crime.

And then, there are the golf course owners. A survey by the National Golf Course Owners Association found its members overwhelmingly support the adoption of permanent daylight saving time, said Ronnie Miles, the group’s director of advocacy. Just one extra hour of daylight could mean up to 10 percent additional revenue, he told POLITICO.

The U.S. began switching its clocks during wartime in the 20th century, but Congress passed legislation, known as the Uniform Time Act, in the 1960s that created a uniform calendar for daylight saving time and exempted states whose legislatures voted to remain on standard time. Currently, every state but Hawaii and Arizona (besides the Navajo Nation) switch their clocks twice a year.

There have been movements in the past to quit the biannual clock changing. In the 1970s, the country briefly switched to permanent daylight saving time to accommodate the energy crisis. However, that switch, widely unpopular, was quickly abandoned, said David S. Prerau, an expert on daylight saving time who has written a book on the topic. 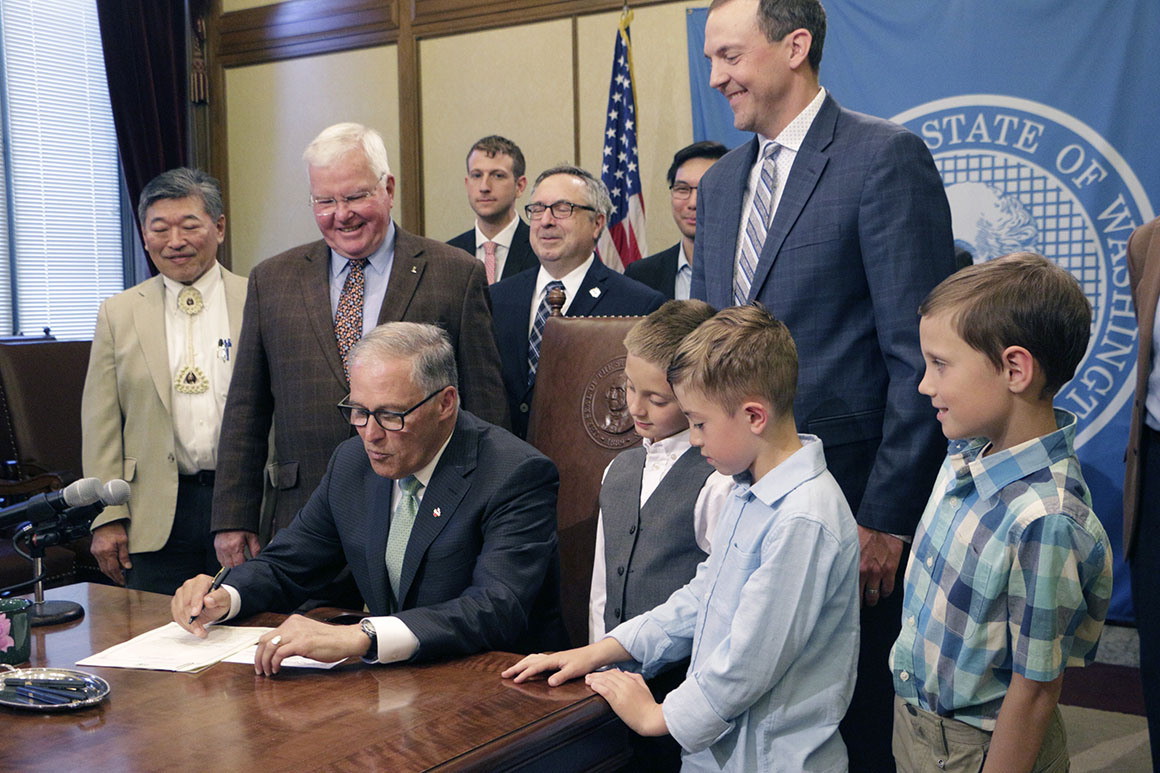 As the status quo has lingered, more and more people have popped up to complain about it. Pea and Yates are not household names — indeed, Prerau said he hadn’t heard much about them — but their paths to becoming advocates in this space underscore how much of a peculiar draw the debate has been.

Pea was once a software engineer while Yates says he is a former journalist. Neither is a human biologist. When asked whether he could connect POLITICO with a scientist in favor of permanent daylight saving time, for instance, Yates said he had never spoken with one before clarifying that he had talked to a couple by email. Prerau, for his part, said he did advise Congress on the 2005 legislation that extended daylight saving time four weeks, starting earlier in March and ending a week later in November.

And it’s not entirely clear why their relationship is so acrimonious. The two have crossed paths, though never in person. When Pea discovered Yates on Twitter, he reached out to let him know that he was getting his facts on the clock setting debate wrong, Pea said.

Since the beginning of 2020, Yates put up blog posts that suggested Pea was getting funding from, among others, the pharmaceutical industry, and calling him a “sock puppet.” In the infamous phone call in January 2021, Yates said he told Pea that he would take down those posts if Pea stopped interacting with him on Twitter. Pea agreed but did not follow through, Yates said, so he never took the posts down.

The feud has grown to such an extent that Pea said he consulted lawyers. When asked why it had gotten to this place, Yates said he had the exact same question. It was supposed to be fun, he said.

“I would love it if somebody could figure out what his deal is, why he’s attacking me, why he’s so intense about it, and why he’s doing all this stuff, it’s really mysterious,” he said, adding. “It’s a lighthearted thing.”

The irony of it all, said Prerau, is that both Pea and Yates were right, to an extent — that both the standard and daylight saving times have merits. But the current version of the annual clock change, he added, offered the benefits of both, like sunlight in the morning during the winter and an extra hour of sunlight for outdoors time during the rest of the year.

“You’re getting a big bang for your inconvenience and the negatives that it does bring for the short term, and I think it’s worth it,” Prerau said. “Both sides have a point but I think that’s why the current compromise is the best system.”