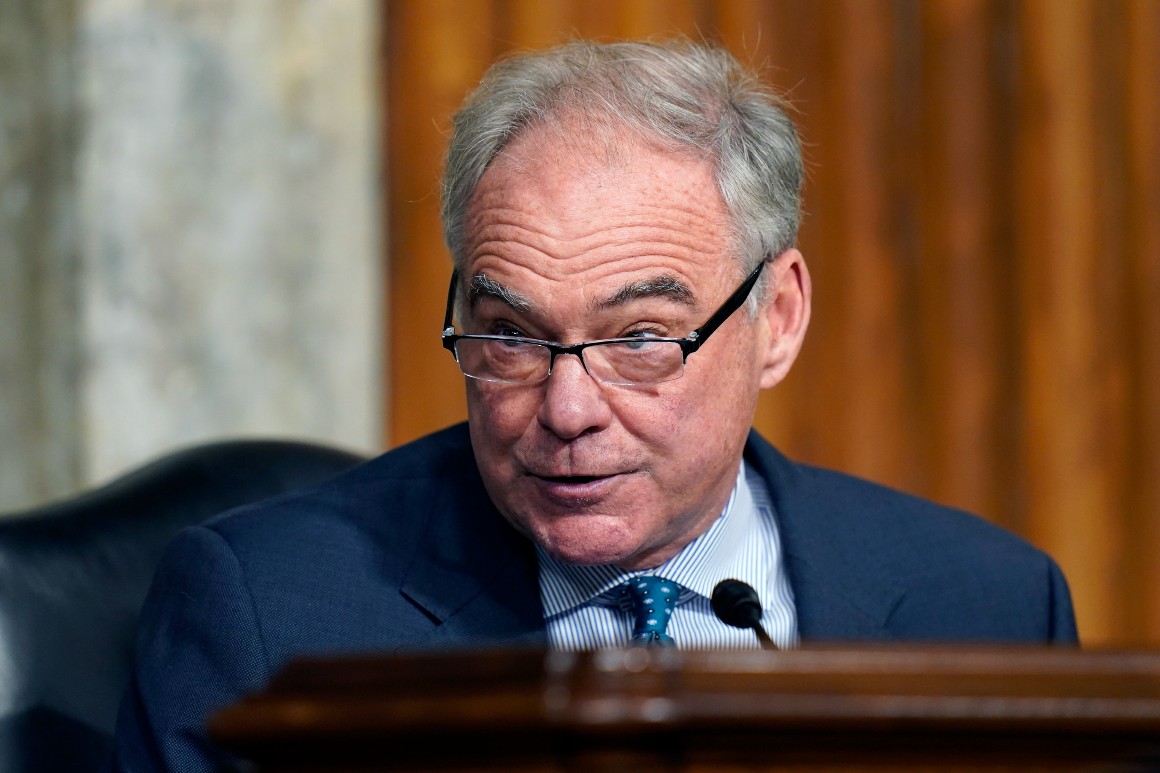 HALIFAX, Canada — U.S. allies expressed concerns to senators this weekend that Congress could break a 60-year streak and fail to pass an annual defense policy bill before the end of the year, a bipartisan group of U.S. lawmakers said on Saturday.

The extraordinary dynamic comes as the Senate is at a standstill on the legislation. Several Republicans have delayed the process as they push for votes on their amendments to the bill, and Democratic leaders didn’t begin the floor process for the bill until this week — far later than in past years.

A bipartisan group of senators attending the Halifax International Security Forum promised that the Senate would approve the legislation in time as it usually does. But they all answered affirmatively when asked if their foreign counterparts were concerned that lawmakers wouldn’t finish before year’s end.

“Don’t mess up the one thing that you can count on the Senate to do in a bipartisan way every year,” a frustrated Sen. Tim Kaine (D-Va.) told reporters here. “A Senate that cannot do this hardly deserves the title.”

The delays have significantly reduced lawmakers’ margin for error as negotiators race to approve the legislation and iron out the differences in the House and Senate versions of the bill before the end of the year.

Lawmakers’ foreign counterparts have been able to count on the U.S. to pass a defense policy bill each year for the past six decades. Failure to do so this year would send a damaging message to the rest of the world — allies and adversaries alike, senators argued. U.S. allies look to the annual legislation for reassurances on the nature of U.S. foreign policy.

“We are teaching not just Americans but the world whether or not our democracy can solve real and pressing problems,” Sen. Chris Coons (D-Del.) added. “And there are consequences for our security and our standing in the world if we can’t pass the NDAA and [pass an appropriations bill] this year.”

Among the bill’s many provisions and proposed amendments is strong language regarding the defense of Taiwan amid heightened concerns that China could move to invade the island.

The National Defense Authorization Act cleared the Armed Services Committee over the summer on an overwhelmingly bipartisan vote.

Sen. Roger Wicker (R-Miss.), who also attended the annual forum, noted that he and other Republicans were calling on Senate Majority Leader Chuck Schumer to bring the bill to the Senate floor weeks ago. Democrats, too, were becoming increasingly vocal about the delay.

“Normally, NDAA has been passed by the Senate [by now],” Wicker said. “There were a lot of us … who asked the majority leader to bring it up earlier so we have time.”

Sen. Jeanne Shaheen (D-N.H.) blamed senators on both sides of the aisle whose actions have given the impression that lawmakers can’t work together effectively.

“The reality is, most of us work together and most of us get along,” Shaheen said. “The issue is, we have some outliers on both sides whose sole goal is obstruction. And we need to hold them accountable so the rest of us can get onto the business at hand for the United States.”

On Thursday night, a half-dozen GOP senators — including Sen. Jim Risch (R-Idaho), who was part of the delegation in Halifax — objected to a list of 19 amendments for senators to consider, asserting that the chamber should also vote on theirs. Risch, for example, is pushing for a vote on his amendment on Nord Stream 2, the Russia-to-Germany natural gas pipeline that the Biden administration declined to sanction despite congressionally imposed penalties.

Democratic leaders moved to suspend debate on the measure on Friday, setting up votes for Nov. 29, after senators return to Washington, D.C., from the Thanksgiving break.

Senate Armed Services Chair Jack Reed (D-R.I.) said this week that “we will send a very powerful message to the men and women in the armed forces that we don’t have your back” if lawmakers keep squabbling over the legislation.