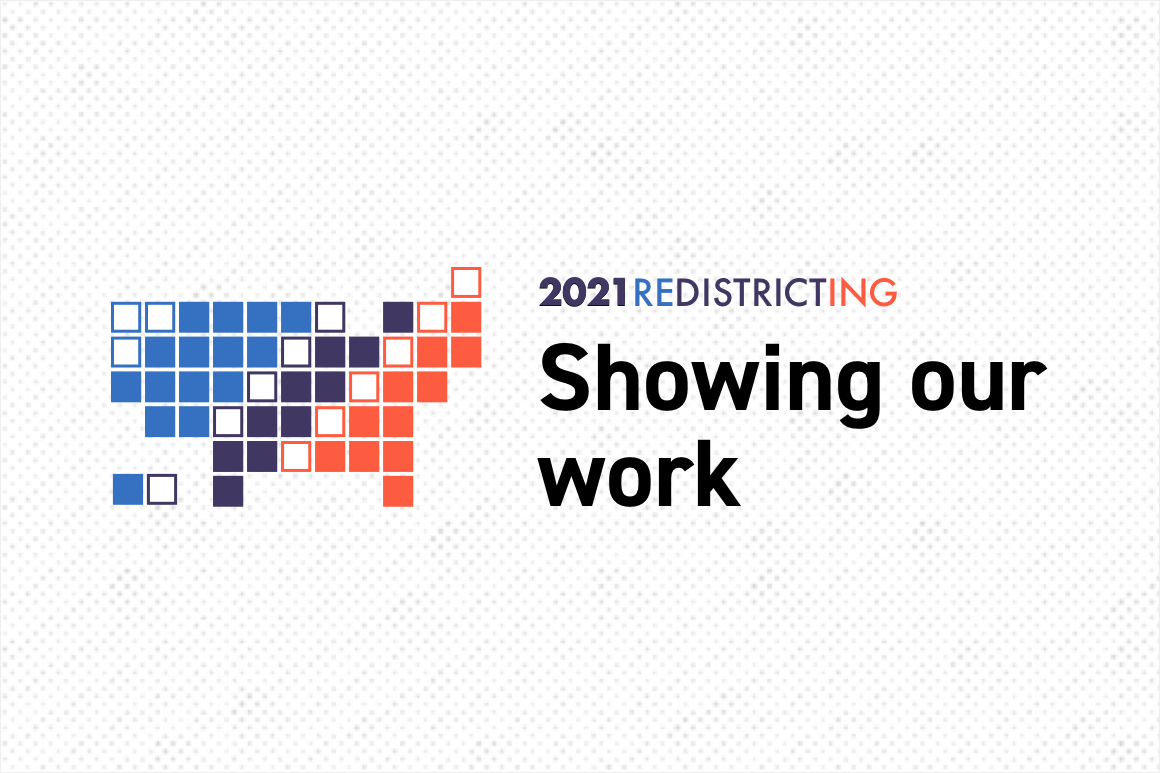 Every 10 years, states tear up their maps for the U.S. House of Representatives and draw them from scratch, rewriting the political geography for the next decade.

This redistricting process is done differently in every state. Newly-drawn lines can cement a party’s hold on a state’s congressional delegation — or open up new opportunities for competition.

In the current redistricting cycle, we are finding out what parties, regions and states will hold power through the 2030 election. And by breaking these new districts down to their smallest parts, we’re able to project their political leanings and give a big-picture view of what Congress could look like for the next decade in our newly-released redistricting tracker.

How does the math work? First, we look at voting history, breaking down current congressional districts into their component precincts. These are pretty small — each one represents a few thousand votes out of nearly 160 million cast in the 2020 election. (In most cases, our precinct-level data comes from a group of researchers known as the Voting and Election Science Team. For a half-dozen states, we used other precinct data as compiled by The Upshot at The New York Times.)

Then, we rebuild these precincts based on the new maps released by each state once they are enacted. In most cases, precincts fit neatly into one new district. When one precinct straddles two or more districts, though, we apportion out voters according to land area. It’s not perfect, but it’s the best option in these rare circumstances.

Once nearly all the U.S. precincts have been meted out into their new congressional districts, we sum them up, calculating how each soon-to-be district would have voted for president in 2020 — and how that compares with the set of political maps that preceded them.

But political leanings don’t tell the whole story. So POLITICO also analyzes each district’s demographic profile, based on two key metrics we’ve identified as key fault lines in the next generation of American politics.

First is the racial makeup of districts. Given the United States’ history of gerrymandering and the populations such methods often target, knowing how people of color are represented in new districts is crucial to understanding Congress. We hope to explore these factors in even greater depth through our coverage — but in this context, we feel the most useful figure we can show is the percent of each district’s residents who have said they identify as something other than solely “white,” according to the Census Bureau’s definitions of race and Hispanic or Latino origin.

We’ve also tracked the share of residents who have received at least a bachelor’s degree, looking at residents who are 25 years old and older. As education levels have increasingly become indicative of political alignment, we want to see how each district’s score on this metric relates to its electoral outcomes over the next decade — and we want our readers to be able to follow such trends as they unfold.

We track both these trends (racial and educational composition of each district) using data from the Census Bureau, broken down to a census tract level in most cases. As with votes in precincts, we aggregate per-tract demographic data up to a districtwide view — for old and new districts alike.

Redistricting is a study in contrasts. Fifty idiosyncratic processes across all fifty states yield one House of Representatives in Washington. Wildly different issues and motivations in a handful of states could give one political party the upper hand in Congress for the next five terms. And unexpected, not-widely-seen changes in demographic representation could effect surprising policy outcomes on a range of topics.

Amid that backdrop, POLITICO’s redistricting tracker aims to use a data-driven approach to highlight who stands to gain from the current round of redistricting — and what that could mean for American politics into the future.