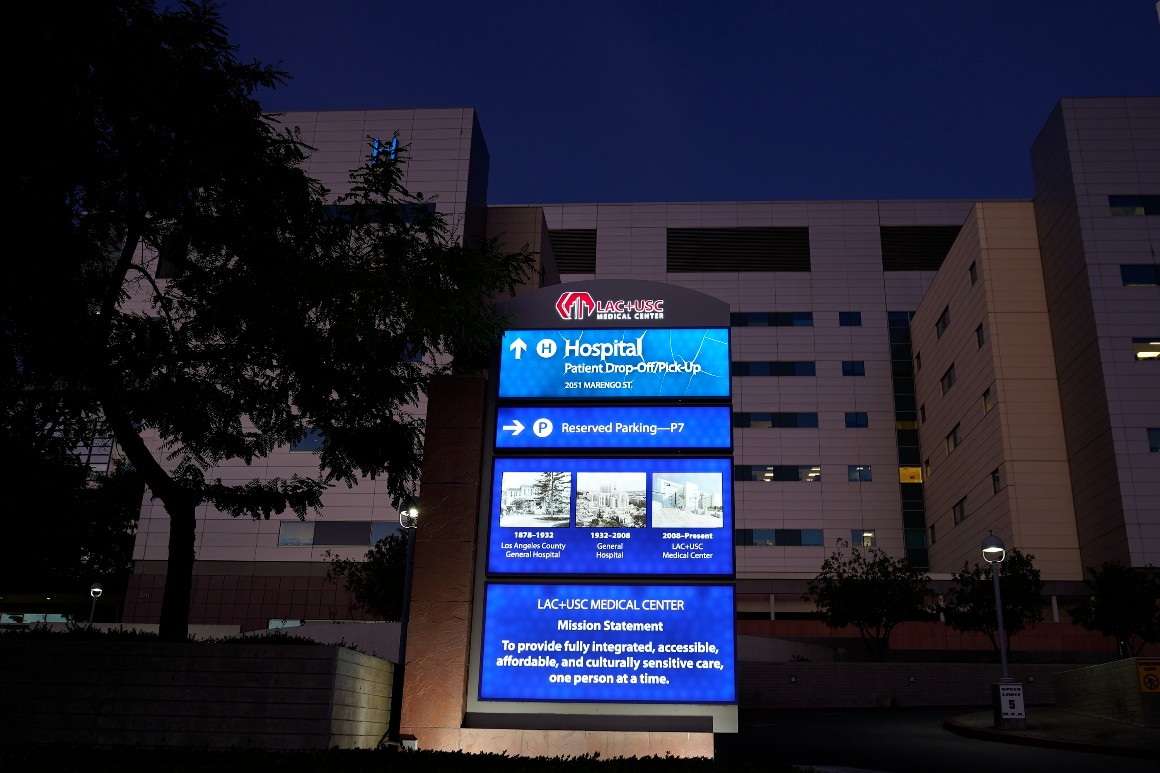 A year after Congress came up with a fix for surprise medical bills, health insurers, hospitals and doctors are still spending millions to tailor the fine print in their favor.

The aggressive campaign by health insurers, hospitals, doctors and big employers to influence how the Biden administration interprets the law is playing out through ad campaigns, lobbying efforts and in the courts, amid accusations that each side is profiting from a broken health system.

The law, which takes effect Jan. 1, protects patients from receiving expensive bills for unexpected out-of-network care but doctors, hospitals and insurers are still at odds over which factors an independent arbitrator should rely on to decide who picks up the tab.

The outcome could swing billions of dollars in payments, significantly influence how doctors and hospitals negotiate prices with insurers and possibly affect premiums for millions of Americans.

“This is probably one of the most significant overhauls in the health system since the [Affordable Care Act] ACA,” said a spokesperson for the Coalition Against Surprise Medical Billing, which represents insurers, employer and union groups, and works with patient groups. “We certainly don’t see any end in sight in terms of the battle in making sure that these regs are implemented.”

The coalition supports the Biden administration’s interim final rule that instructs arbitrators to rely primarily on a single factor — the median in-network rate in a geographic area — when settling disputes between providers and payers. It has sponsored multiple six-figure digital ad-buys, including one that runs through Christmas, urging regulators to stay the course.

A senior health department official, who asked to be anonymous to talk about the issue, told POLITICO that the agency isn’t surprised by the level of advocacy on the issue, given the stakes.

“These rules are fixing this broken” system, the official said, “and there’s a lot of money on the table.”

Two years in the making

How we got here: For years, stories of patients facing financially crippling medical bills from out-of-network doctors and hospitals were a staple of news reports, prompting state lawmakers and then Congress to try and tackle the problem. It took Congress two years to pass what became the No Surprises Act, with progress often hampered by fierce lobbying campaigns, including one funded by private equity-owned physician groups that had a price tag of about $30 million.

Former President Donald Trump signed the measure last year, but the Biden administration wrote the rules governing how it will be implemented.

Provider groups contend that rules by the Department of Health and Human Services — which aren’t yet final — favor insurers, and they point to recent comments from HHS Secretary Xavier Becerra about providers that are “overcharging” as evidence of the administration’s steadfastness. 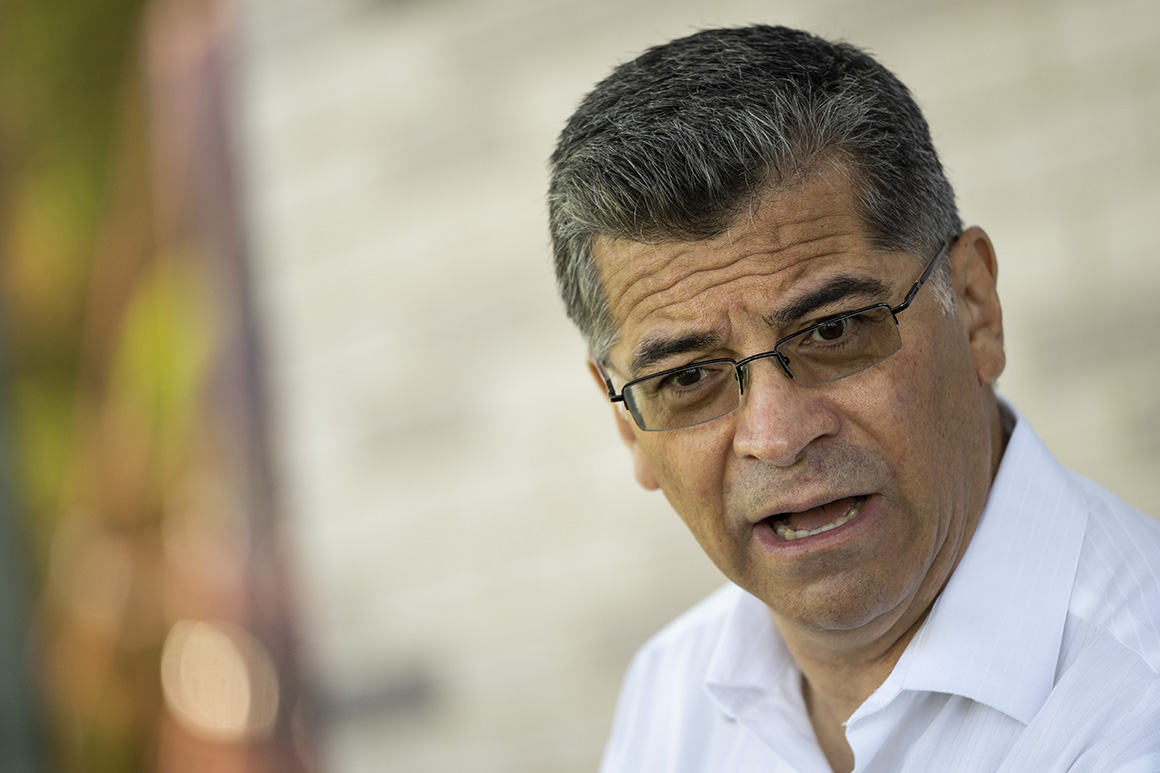 Insurer groups have pushed back saying that using the median in-network rate is the right way to go because “it takes into account actual medical costs and local market dynamics,” said Kris Haltmeyer, the vice president of policy analysis at the Blue Cross Blue Shield Association.

The figure “reflects the payment that similar providers who chose to contract are paid for those same services in that market,” he adds.

It is a “Groundhog Day” moment, one patient group lobbyist told POLITICO, as many of the talking points being deployed now are the same ones that plagued the legislative process.

Battle lines: Hospitals and doctors allege the Biden administration’s decision to emphasize the median in-network rate, a figure the insurance companies calculate, gives large insurers a huge advantage when negotiating how much a service should cost.

Insurers would have an incentive to keep the in-network rates lower to avoid paying more to out-of-network doctors. And they say payers would know doctors and hospitals have little recourse if they choose to remain outside an insurer’s network.

“Being out of network is really the physicians’ only control over how their contracts look,” said Randall Clark, the president of the American Society of Anesthesiologists. “If the insurance companies can treat us the same whether we’re in network or out of network, there is no impetus on the part of the insurance companies to negotiate fair contracts.”

Trade groups representing providers say the law lists several other factors that should be equally weighted when calculating how much a service costs, such as the doctor’s experience and the complexity of the procedure. While these metrics can still be introduced during the dispute resolution process, the Biden administration’s rules don’t give them as much weight as the median in-network rate metric, which providers say puts them at a disadvantage before the process even begins.

There has also been strong pushback from air ambulance providers, which mostly operate outside of insurance networks. In their view, a more balanced process would take other factors into account, such as the type of aircraft used and the acuity of the patient.

The industry also takes issue with rules that treat all air ambulance services the same — lumping those which negotiate with insurers as part of a larger hospital system and those providers that negotiate independently together. 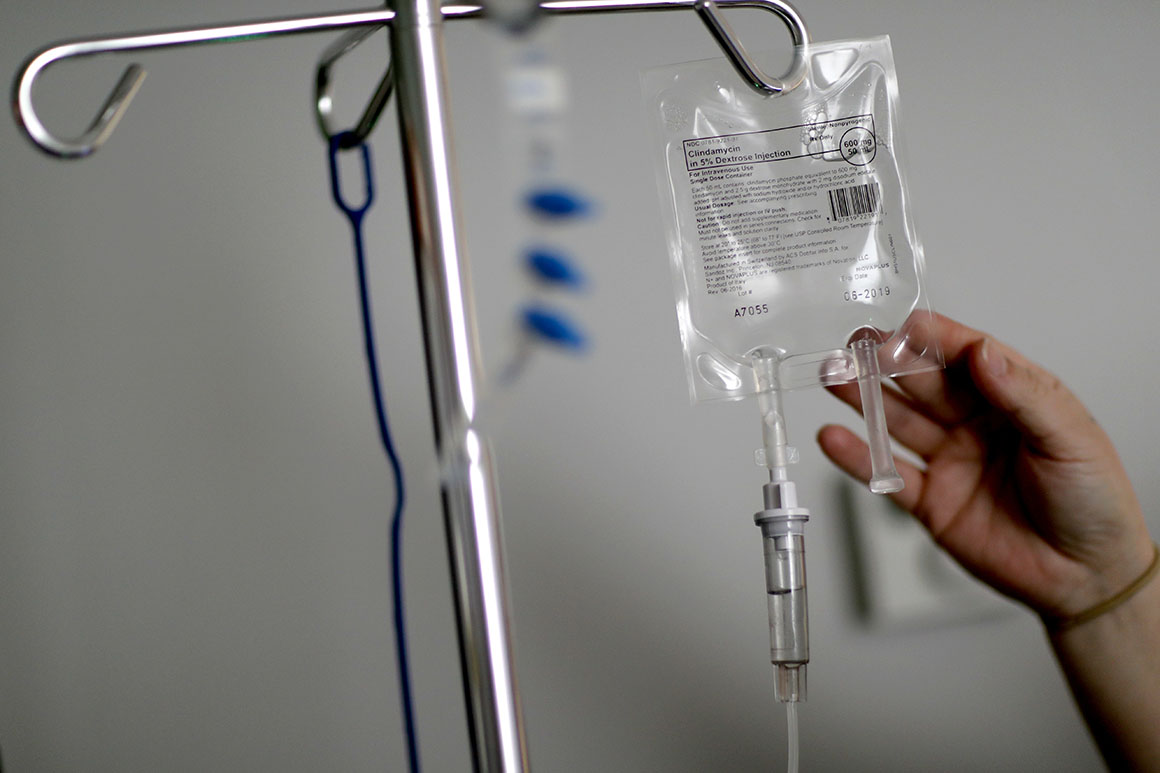 Although industry voices have been the loudest throughout, patient groups and unions — including the American Heart Association, AFL-CIO and Families USA — have sided with the Biden administration’s interpretation of the law, saying it would keep costs and premiums down.

The administration’s thinking: Federal regulators rebuff the idea that a myriad of factors should be considered equally, noting in the rulemaking how much space was given within the No Surprises Act to define the median in-network rate within a geographic area, referred to as the qualifying payment amount (QPA).

The senior HHS official told POLITICO that hospitals and doctors exaggerate the harms these rules have on their professions.

“Some of the things that are being asserted in those conversations or just generally on the issue are kind of outrageous,” said the official, who has been fielding calls and meetings with representatives for all sides — patient groups, unions, providers and insurers.

Putting weight on a single factor also provides certainty to how an arbitration would look, regulators wrote, and could lead the parties to avoid the independent dispute resolution process and come to their own agreement.

The bill’s large print: HHS recently released a report that found roughly one in five Americans received a bill for hundreds of thousands of dollars from an emergency room visit or after an elective surgery or giving birth at an in-network hospital.

Employer groups, which have lobbied on the issue and support tying the arbitration terms to the median in-network rate, point to this kind of evidence as a reason that providers should be viewed with skepticism.

“The fact that the current system pays drastically different amounts for the same exact service in the same exact area with no regard to quality — that’s not a benefit of the system, right?” said James Gelfand, executive vice president of public affairs at the ERISA Industry Committee. “And so they’re complaining that we’re making changes to it? I mean, cry me a river.”

Becerra has intimated that providers have taken advantage of a broken system that his agency aims to correct.

“Those who are overcharging either have to tighten their belt and do it better, or they don’t last in the business,” Becerra told Kaiser Health News last month. “It’s not fair to say that we have to let someone gouge us in order for them to be in business.”

“It’s not as straightforward as I think the administration either hopes or is painting it to be,” said Laura Wooster, senior vice president of advocacy and practice affairs at the American College of Emergency Physicians.

“It kind of feels like providers keep getting painted with this brush of being greedy or [they] have always overcharged” patients, she said.

Rate-slashing: Even before the law has taken effect, providers argue that the insurance industry is already taking advantage of the impending rules, which go into effect at the beginning of the year.

Three insurance companies wrote providers in North Carolina, saying that they must accept payment cuts between 20 and 40 percent or their in-network contracts would be terminated, according to a letter the American College of Emergency Physicians sent Congress last week.

“For one insurer, it might sound like, ‘OK, that’s not going to end a business.’ But when you have four or five different insurers, and they’re all doing this,” said Wooster, “it just can’t be sustained.”

The group said that some contracts between the plans and providers had gone unchanged for a decade or more, and the insurance companies initiated the demands citing the impending implementation of the No Surprises Act.

One of the insurers, Blue Cross Blue Shield of North Carolina, addressed the claims in a blog post. It had identified “54 of the most expensive health care practices across the state,” the post said. “We have asked these providers to work with us on adjusting their pricing to be more in line with their peers.”

Legal challenges: There have been three separate lawsuits filed in federal court challenging the rules. The most recent, from the American Hospital Association and the American Medical Association, was launched Dec. 9.

It comes on the heels of ones from the Association of Air Medical Services and the Texas Medical Association, which filed theirs in November and October, respectively. All of them attack the presumption of the median in-network contracted rate in arbitration.

The courts likely won’t reach a decision before the law goes into effect, though the earliest an arbitration can start is March.