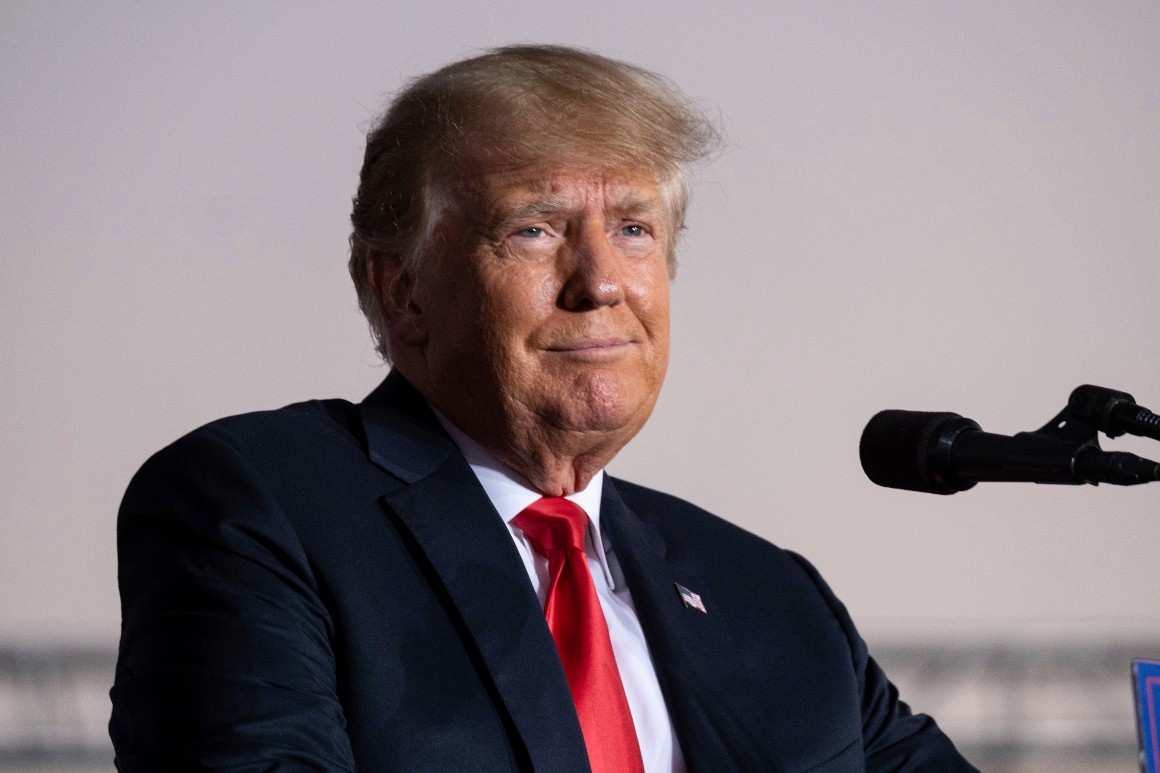 “On the record before us, former President Trump has provided no basis for this court to override President Biden’s judgment and the agreement and accommodations worked out between the Political Branches over these documents,” wrote Judge Patricia Millett of the U.S. Circuit Court of Appeals for the District of Columbia, joined by Judges Robert Wilkins and Ketanji Brown Jackson.

“Both Branches agree that there is a unique legislative need for these documents and that they are directly relevant to the Committee’s inquiry into an attack on the Legislative Branch and its constitutional role in the peaceful transfer of power,” Millett added.

The court delayed the effect of its order for two weeks, allowing Trump’s attorneys time to either ask the full bench of the D.C. Circuit to consider the issue or take it to the Supreme Court.

A spokesperson for Trump did not immediately respond to a request for comment. However, a Trump attorney told the appeals court judges last week that the former president planned to take the issue to the Supreme Court if the appeals court ruled against him.

Liz Harrington, another spokeperson for the former president, pointed in that direction on Twitter after Thursday’s ruling.

“Regardless of today’s decision by the the appeals court, this case was always destined for the Supreme Court,” she wrote. “President Trump’s duty to defend the Constitution and the Office of the Presidency continues, and he will keep fighting for every American and every future Administration.”

The appeals court concluded that it should not override President Joe Biden’s decision to waive executive privilege to grant congressional investigators access to the documents.

Biden, Millett wrote, made a reasoned judgment based on the public interest in an investigation of a threat to the peaceful transfer of power. She noted that Trump had a clear connection to the events by calling for a mass protest in Washington, declaring it would be “wild” and urging supporters to march on the Capitol and “fight.”

“The January 6th Committee has … demonstrated a sound factual predicate for requesting these presidential documents specifically,” Millett wrote. “There is a direct linkage between the former President and the events of the day.”

“A court would be hard-pressed under these circumstances to tell the President that he has miscalculated the interests of the United States, and to start an interbranch conflict that the President and Congress have averted,” the court’s opinion adds.

“But we need not conclusively resolve whether and to what extent a court could second guess the sitting President’s judgment that it is not in the interests of the United States to invoke privilege,” Millett wrote. “Under any of the tests advocated by former President Trump, the profound interests in disclosure advanced by President Biden and the January 6th Committee far exceed his generalized concerns for Executive Branch confidentiality.”

The timing of the appeals court’s decision reflected a sense of urgency around the congressional investigation. While it takes months or sometimes years for the court to resolve most of its cases, the court delivered its 68-page opinion just nine days after hearing oral arguments.

All three of the appeals judges who considered the issue are Democratic appointees. Millett and Wilkins were appointed by former President Barack Obama, while Jackson is Biden’s only appointee to the D.C. Circuit.