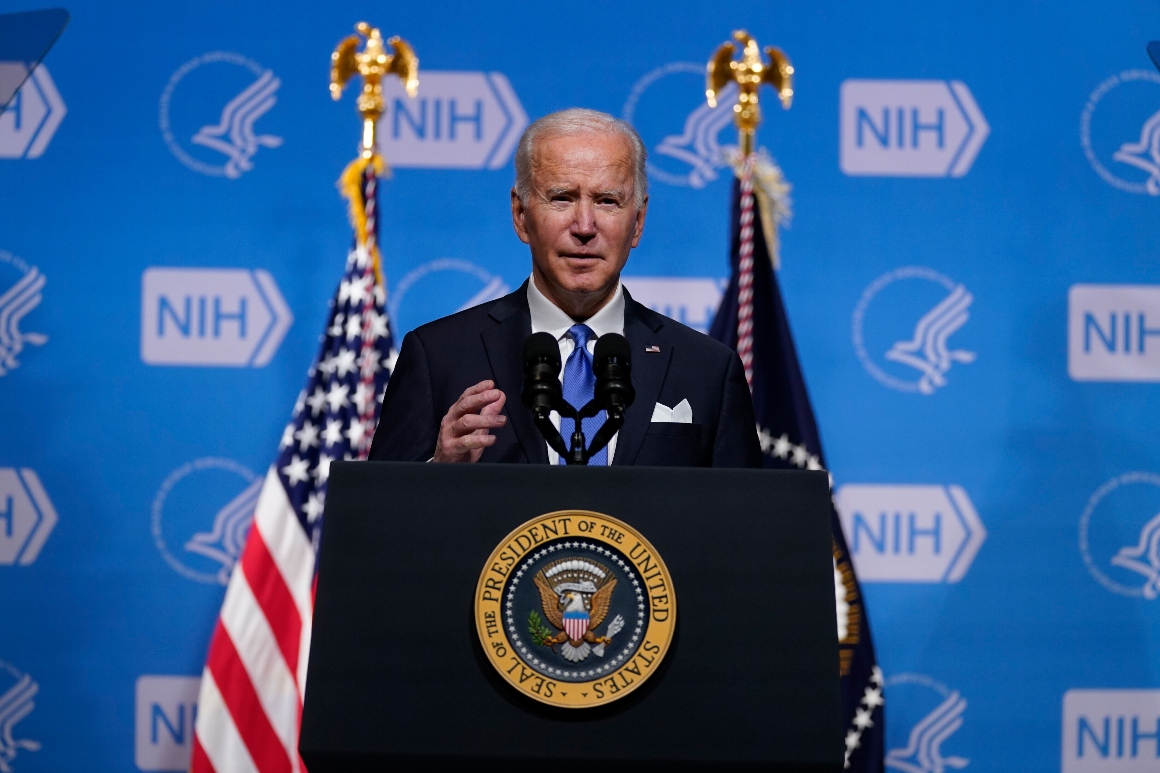 President Joe Biden has staked his presidency on defeating the pandemic. But nearly a year into his term, the administration is crashing into the limits of its power to end the nation’s fight against Covid-19. And in the few places where it could go further, it seems unwilling to do so, as of now.

Beset by rising cases, falling approval ratings and the emergence of a worrying new variant, Biden on Thursday pleaded with Americans to get vaccinated and promised more measures to slow the virus’ spread — unveiling what the White House is touting as a wide-ranging plan to avert a winter resurgence of the virus.

The reality, however, is that most of the steps the administration plans to take are continuations or modest expansions of existing initiatives, and some experts doubt they will do much to change the pandemic’s current trajectory.

“He’s facing a hostile public, a hostile political opposition and a hostile judiciary,” said Lawrence Gostin, a Georgetown University global health law professor in touch with the White House. “And so the only things left to do are things that are largely ineffective.”

Biden announced on Thursday that his government will launch campaigns to expand access to vaccines and booster shots, institute stricter travel requirements and open a path toward free at-home Covid-19 testing.

The so-called winter Covid strategy was already in the works before the Omicron variant was discovered late last month, born of a rise in Delta cases across the nation as more people congregated indoors and gathered for the holidays. But a new sense of urgency has gripped the West Wing to display leadership against the virus.

“He has to go out because people expect to hear from the president at times like this,” said David Axelrod, former senior adviser to President Barack Obama. “He is working with what he has. He has been trying to use this as a moment to regenerate a sense of urgency on vaccinations. We’ll see how that goes.”

Biden, for his part, implored the country to come together to fight the latest iteration of the virus, which continues to kill hundreds of Americans each day. “This is a moment we can put the divisiveness behind us, I hope,” the president said Thursday during a speech at the National Institutes of Health. “It should unite us, not continue to separate us.”

But even as the president promised that his new approach “pulls no punches in the fight against Covid-19,” his administration is stopping short of the more aggressive measures that health experts believe would more quickly rein in the pandemic — like vaccine mandates for domestic travel, more rigorous public health restrictions and enforced quarantines — wary of further inflaming GOP opposition and demoralizing an exhausted public.

Political divisions have already stymied many of the administration’s efforts to end the pandemic. The White House is in the midst of a legal fight for the survival of sweeping vaccine mandates for employers and health care workers, which Biden officials have cast as crucial tools for inoculating the vast majority of the nation.

“We’re not going to get the unvaccinated vaccinated unless we have mandates — it’s that simple,” said Ezekiel Emanuel, a bioethicist and former Covid adviser to the Biden transition. “We’ve plateaued at 60 percent [vaccination], and that’s just not going to get us there.”

The Biden administration also continues to battle GOP governors over mask mandates and vaccination requirements that could help tamp down cases in the hardest-hit states. In states like Florida and Texas, Republican leaders have championed their resistance to those preventative steps, even as national Covid-19 hospitalizations tick up and deaths hover around 1,000 per day.

And throughout it all, officials are struggling to counter widespread misinformation around its vaccination drive, fanned by conservative pundits and Republicans lawmakers alike — a campaign that has hardened opposition to the shots among the roughly 45 million adult holdouts who have yet to get vaccinated.

Administration officials and others close to the Covid response concede there’s little in Biden’s new plan that’s likely to drive up the vaccination rate among those yet to get their first shots.

While they do believe that fear of Omicron will convince people to get immunized, the White House in recent days has shifted much of its attention in recent days to shoring up the ranks of the already vaccinated. Though Biden health officials don’t yet know how well the current vaccines protect against Omicron, they’ve concluded that boosters provide the fullest protection — a belief that’s become the driving force behind new campaigns to get all vaccinated adults their booster shots.

The new plan unveiled Thursday would ramp up outreach to families and older Americans, in a bid to accelerate vaccinations for children and boosters for adults and the most vulnerable.

The administration will also more closely track travelers into the U.S. and encourage more frequent testing, potentially giving officials a better picture of the virus’ spread and helping to head off outbreaks.

In perhaps the most significant new initiative, private insurers will soon be required to reimburse the cost of at-home tests — though those procedures will take weeks to set up and could prove complicated in practice.

But much of Biden’s new nine-point Covid-19 plan for winter builds on existing initiatives that the White House laid out in earlier plans issued for the fall, and for the summer before that. None have yet managed to chart a path for Biden around the political resistance that’s prolonged the pandemic and blunted the effectiveness of its Covid-19 response.