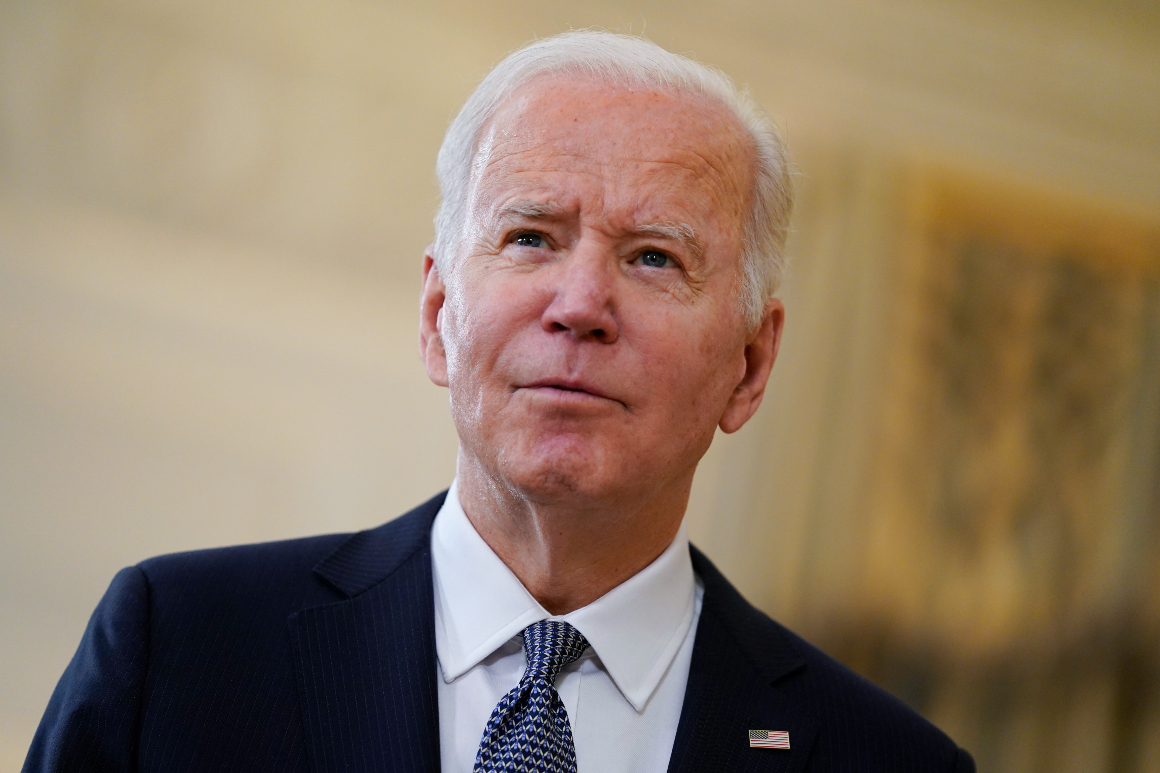 The White House is praying for a quiet December, aiming to avoid the usual political histrionics that come at the end of the year as they push the second piece of President Joe Biden’s landmark economic agenda.

Internally, White House officials are optimistic about getting the social spending plan done and, perhaps, of avoiding high-pitched fights. The successful extension of government funding this past week — despite brief threats by some Republicans to force a shutdown over vaccine mandates — has only boosted their hopes.

Biden’s team has stayed in close touch with Senate Majority Leader Chuck Schumer on the month’s agenda items. And while deferring to Schumer and House Speaker Nancy Pelosi on the legislative mechanics of raising the debt limit this month, the White House has also been in frequent contact with Minority Leader Mitch McConnell on the issue, according to a White House official. The White House wants minimal confrontations within the caucus but is prepared for the potential negotiating slog as centrist Democrats weigh their support for a centerpiece of the president’s economic agenda.

The desire to take some drama out of December is born from a belief that the president’s job approval has been hurt by the perception that he has failed to bring order to government. Inside the White House and among allied Democrats, there is a frustration that their legislative achievements have been overshadowed by the messy process required to pass them. There is a strong desire to avoid Hill fights — within their party and with Republicans — and reassure people that they are doing everything they can on the coronavirus pandemic as the new Omicron variant emerges, according to sources with knowledge of the White House’s thinking.

Sen. Tim Kaine (D-Va.) said senators “would prefer that the Democratic negotiation be quiet rather than in public because I think the protracted tug of war is not necessarily that helpful.” 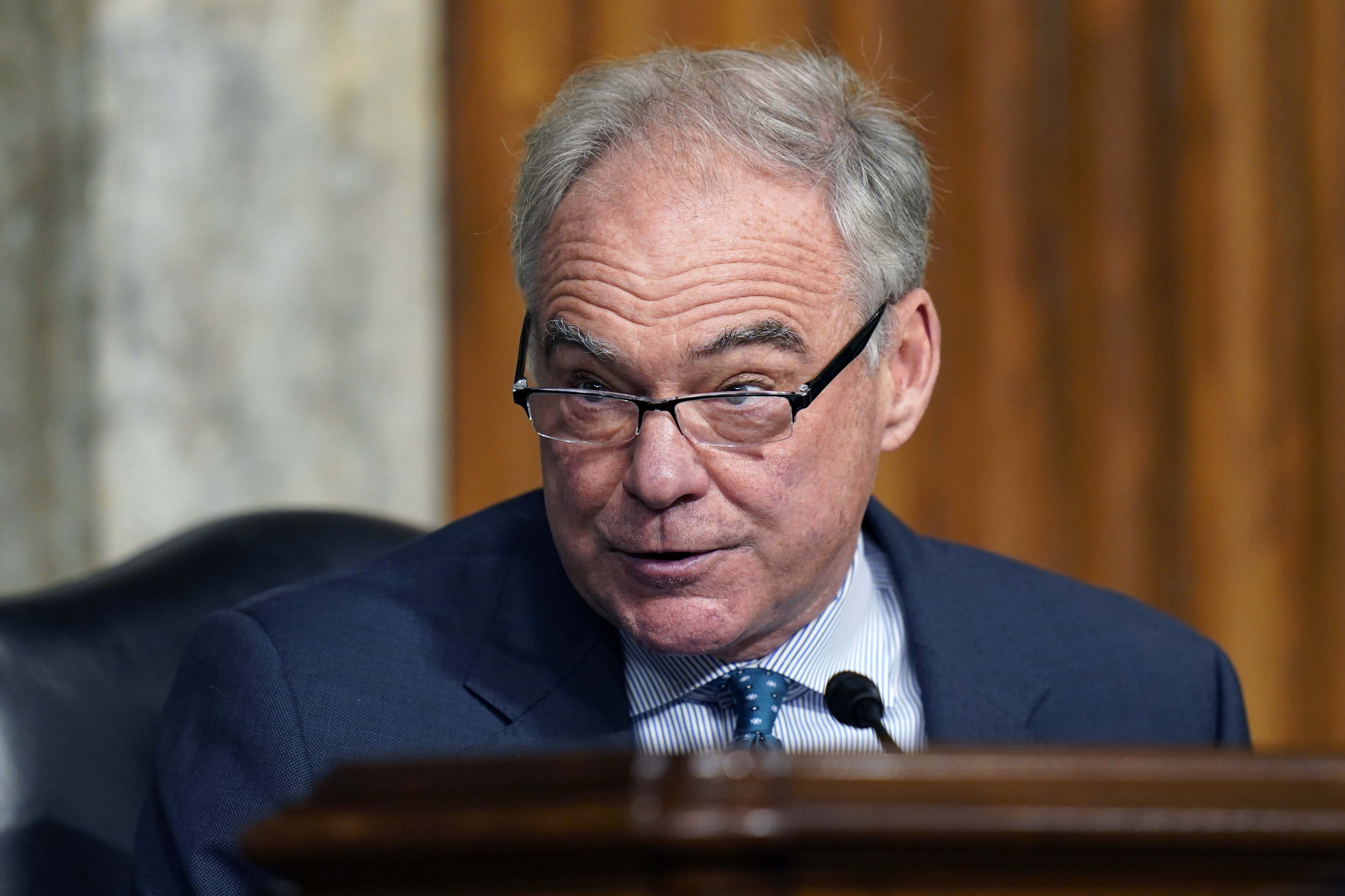 Several times over the fall, House Democrats had to punt on votes to move the president’s infrastructure bill amid party infighting and distrust of Senate Democrats to follow through with the social spending package. In an attempt to avoid those same fits and starts, the White House, as of now, isn’t publicly pressuring senators to meet any hard deadline on the $1.7 trillion bill but has expressed confidence in Schumer’s pre-Christmas target to move the legislation. White House staff feel they have a strong grasp on where everyone in the Senate Democratic caucus stands on the president’s social spending plan and Biden is expected to have more conversations with senators next week.

Multiple Democrats who spoke to POLITICO said they don’t think Biden should issue a firm deadline. Most pressure to move quickly is likely to come from within the caucus as the remaining holdouts are urged to make their final decisions.

“The President’s personal involvement is important,” said Sen. Brian Schatz (D-Hawaii). “But he’s not a member of the Senate anymore. He can’t be weighing in on every matter at all times. … The impact of him weighing in is lessened if it happens all the time.”

Biden isn’t completely removing himself from the politics of his agenda though. Last week, he started making some phone calls to senators to keep momentum up for his social spending plan. When Kaine spoke to Biden on Thursday for the first time on the matter, the president expressed — as Kaine put it — “urgency and cautious optimism” about passage of the bill, which would fund child care, expand health care coverage and combat climate change.

“I don’t think a public deadline would necessarily help,” said Kaine, citing continued hesitancy by Sens. Joe Manchin (D-W.Va.) and Kyrsten Sinema (D-Ariz.) to fully support the bill. “We all feel like it’s coming to a decision point. I don’t know that announcing a public deadline would really get [the White House] anything and it might cause some people to get their hackles up.” 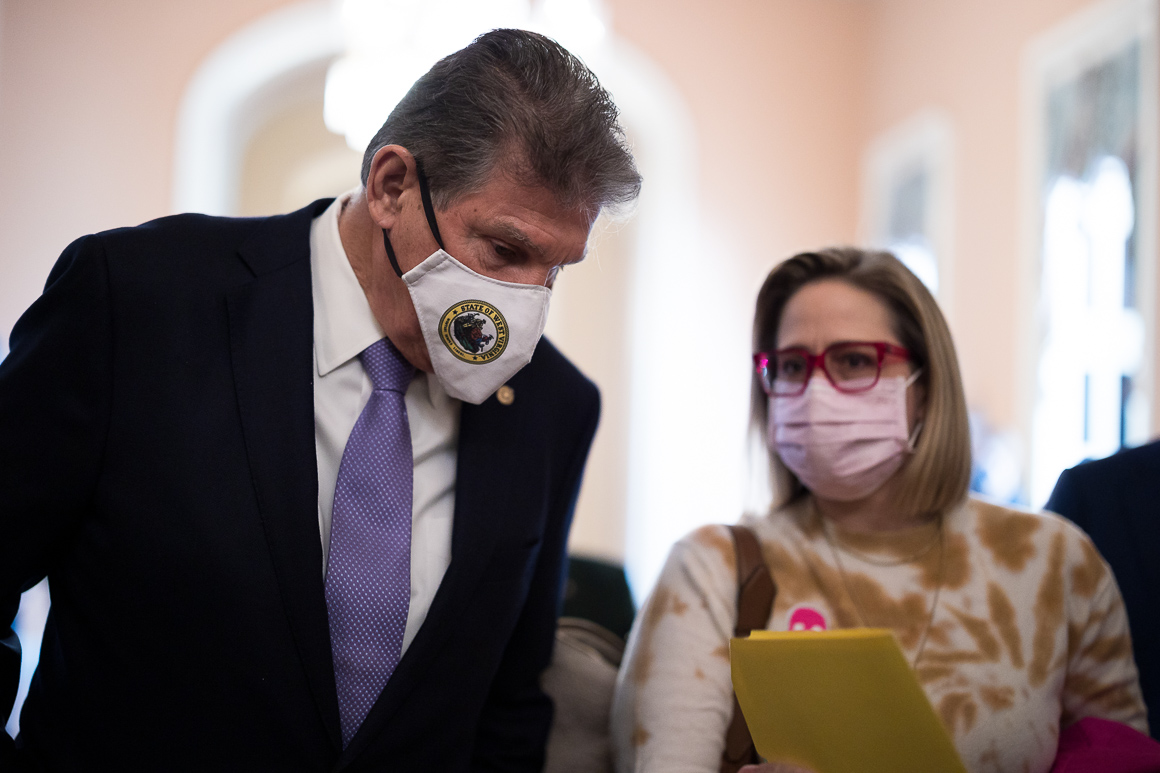 While Biden is not applying heavy pressure, there are other factors that could force Democrats to move with some haste. One pressure point the White House and some Senate Democrats point to is the pending expiration of the child tax credit. The final monthly $300 credit-per-child will go out Dec. 15 after being extended, increased and made available monthly in the president’s Covid-relief plan enacted earlier this year. The social spending bill would extend the credit, which has dramatically reduced child poverty in the U.S., for another year.

In recent weeks, Biden has ramped up his travel to sell the physical infrastructure bill Congress passed this fall, on a bipartisan vote, and has kept his speeches focused on measures he’s taking to address inflation, new investments in roads and bridges and his push for the social spending plan.

“It’s going to require a lot more time by a lot of us, the president, the vice president, every member of the Democratic caucus in the Senate, but I think we’ll get there,” said Sen. Bob Casey (D-Pa.).

In an effort to educate the public about the bill and add to the urgency around its passage, Biden will deliver remarks on Monday highlighting the provision in his social services bill that allows Medicare to negotiate lower prescription drug costs. Before his speech, Biden will meet with two young women who have diabetes and have to account for high insulin costs, a White House official said. Under Biden’s plan, the official added, insulin would be capped at $35 a month. The measure is considered one of the most popular elements of Biden’s agenda but would not take full effect until 2023.

Ultimately, however, many Democrats believe negotiations over the social spending bill could drag out past the end of the year, in part because the party’s centrist members will feel less need to address it than another major December issue: raising the debt limit.

“BBB does have a problem that the debt limit doesn’t have, and that appropriations didn’t have, which is it doesn’t actually have a forcing event,” said Jason Furman, who served as chair of the Council of Economic Advisers for former President Barack Obama. “It would be nice not to have an interruption in monthly tax credits for children. But it doesn’t have to happen this year. And unfortunately, with Congress, things that don’t have to happen often don’t happen.”

Democratic senators who spoke to POLITICO were adamant that the impending debt limit would also be addressed without the now-customary drama. It’s a sentiment White House press secretary Jen Psaki has repeated in recent days, telling reporters this week that the administration is “encouraged” by talks between Schumer and McConnell.

Chris Cadelago contributed to this report.