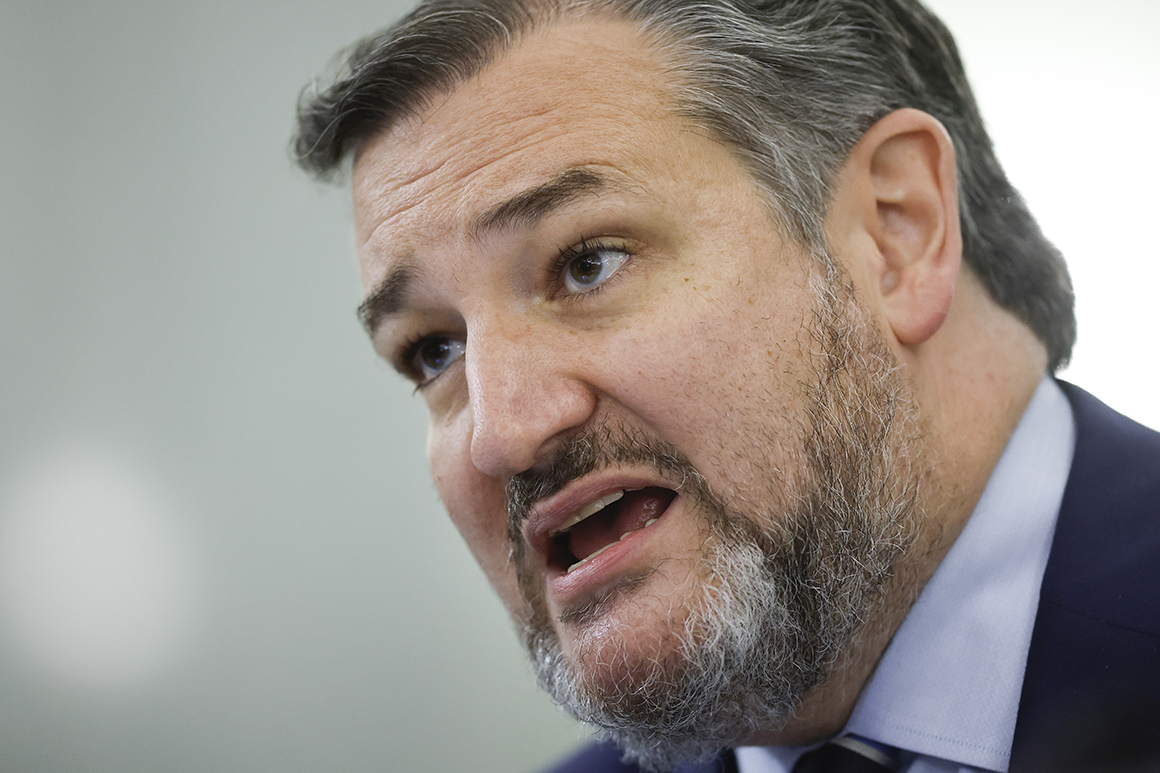 The agreement between Cruz (R-Texas) and Schumer also sets up a vote in January on Nord Stream 2, the Russia-to-Germany natural gas pipeline. Cruz had been slow-walking dozens of foreign policy nominees over the Biden administration’s decision to waive sanctions on the pipeline, forcing Schumer to use valuable floor time on the nominees or cut a deal with Cruz.

According to two people familiar with the agreement, Cruz agreed to lift his holds on 32 nominees in exchange for the Senate voting in early January on his legislation to sanction the pipeline, which the U.S. opposes but decided not to sanction in order to preserve relations with Germany.

Cruz’s blockade, which began shortly after Biden took office, has stymied the Senate’s work on foreign policy nominations, drawing rebukes from Democrats who contend that Cruz was putting U.S. national security at risk.

“I think it’s perfectly reasonable for senators to try and get votes on policy issues that matter to them,” Sen. Chris Coons (D-Del.) said in a brief interview. “What I think is perfectly unreasonable is that there are holds on dozens of ambassadors and senior nominees by several Republican senators. We have to have a path towards confirming qualified nominees.”

But Cruz has used one of the few tools available to a senator in the minority party to force action on a particular issue. The U.S. and its Western allies have said the pipeline will jeopardize Europe’s energy security and enrich Russian President Vladimir Putin, and Cruz has used the issue to argue that Biden was kowtowing to Moscow.

The previous German government was in favor of the pipeline, and the State Department decided against imposing mandatory sanctions earlier this year so as to not damage the U.S.-Germany relationship while the pipeline was nearly complete.

In a marathon session Friday into Saturday, the Senate also voted to confirm former Chicago Mayor Rahm Emanuel as U.S. ambassador to Japan.

Before Cruz and Schumer clinched their agreement, the Senate was on a glacial pace with foreign policy nominations. The blockade from Cruz and other GOP senators, including Sen. Josh Hawley (R-Mo.), was frustrating Democrats and Republicans alike who were arguing that the U.S. needs to have Senate-confirmed ambassadors in key countries.

But Cruz’s strategy paid off — at least for now. As part of the agreement he reached with Schumer, the Senate will vote before Jan. 14 on his legislation to sanction the pipeline. Cruz has said he would lift additional holds when and if the bill passes in the Senate and advances to the House and to the president’s desk.