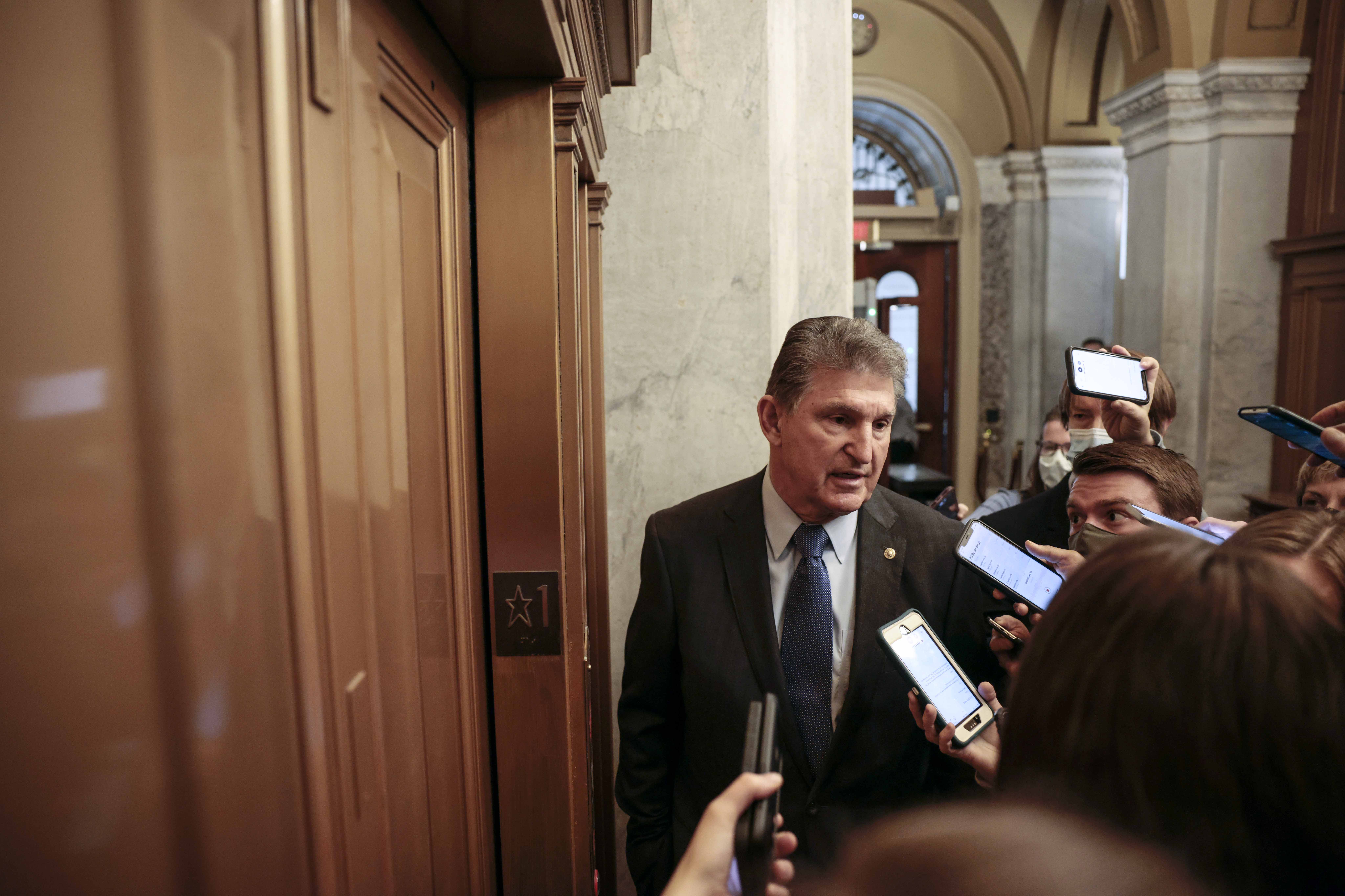 Democrats hope they can salvage pieces of their ambitious tax agenda even after Sen. Joe Manchin blew up the legislation that included it.

This might be the best sign for them: Manchin (D-W.Va.) doesn’t seem to be having any second thoughts about hiking taxes on the rich and corporations by well over $1 trillion.

“Emotions are running high right now in the Democratic caucus, but I think after the dust settles and perhaps after a little holiday cheer, cooler heads can still prevail and come to an agreement that pleases all sides,” said Jorge Castro, a former Democratic tax aide in the Senate who’s now at Miller & Chevalier.

Still, some important Democratic tax priorities seem destined to be jettisoned even if President Joe Biden and Democratic leaders in Congress come to terms with Manchin on the social spending and climate change package.

Manchin’s insistence that they keep from using timing maneuvers that would artificially tamp down the cost of the legislation could knock out provisions like an expansion of the Earned Income Tax Credit, which would have trouble making the cut if Democrats have to pick and choose priorities.

Perhaps even more importantly, Manchin continues to cast a skeptical eye at what many Democrats believe to be a centerpiece of their agenda — the more generous version of the Child Tax Credit that’s delivered monthly payments of as much as $300-a-child to millions of families across the country.

On the plus side for Democrats, Manchin has long made it clear that he doesn’t think wealthy people and corporations are paying enough taxes.

Manchin pointedly said in a Monday interview on West Virginia radio that ensuring people pay “their fair share” of taxes is the main reason that he’s come this far in negotiations.

“You have a chance to fix the tax code that makes it fair and equitable,” he said.

Still, Manchin’s comments also underscored the tight rope that Democrats will have to walk to get a package passed, given their narrow margins in both the House and Senate.

He stressed that his main interest was in attacking the 2017 GOP tax cuts — an interest shared by practically every other Democrat in Congress outside of Sen. Kyrsten Sinema (D-Ariz.), who single-handedly vetoed plans to raise the top individual and corporate rates put into place by the Tax Cuts and Jobs Act.

Democrats replaced those two items with a minimum tax on corporations’ book income and a surtax on individual income north of $10 million a year, neither of which have drawn any major pushback from Manchin.

It’s not clear what Manchin’s decision means for some other crucial parts of the tax debate this year, including lifting the $10,000 limit that Republicans put on state and local tax deductions in their tax overhaul. Some Democratic lawmakers from blue states like New Jersey and New York have said they can’t back any spending deal that doesn’t include SALT cap relief, and Manchin hasn’t said much about the issue.

On top of that, Democrats might have to fiddle with the start dates of several of their key revenue-raisers, which were slated to kick in next year — like an expansion of Obamacare’s net investment income tax and the surtax on the rich.

Other tax increases, like the corporate minimum tax and ratcheting up the U.S.’ existing global minimum tax, the levy on global intangible low-taxed income, GILTI, aren’t scheduled to go into effect until 2023.

Then there’s the Child Tax Credit, which both centrist and progressive Democrats have said is a top priority. They acknowledge that Manchin isn’t the biggest fan of this latest expansion of the CTC, despite all their lobbying efforts.

Supporters of the current Child Tax Credit hope they can persuade Manchin to back some kind of extension — though they acknowledge it might be more modest than they like, considering Manchin appears to have fundamental issues with the scope and aim of the current program, which expires at the end of December.

Manchin has talked about stricter means testing for the credit and tying work requirements to receiving the monthly child allowances — though Democrats on the Hill say they believed he dropped that last demand in exchange for a one-year extension of the current policy, before eventually opposing the package entirely.

Even if Biden and Democratic leaders on the Hill reach an agreement with Manchin on the overall legislation, their tax ambitions could face another trial.

Manchin wants Senate committees to take up the spending package before it’s considered on the floor — something Democratic leaders have tried very hard to avoid, given that Republicans have just as many members on committees as they do in the 50-50 Senate.

A couple of Democrats with potentially difficult reelection battles next year, Sens. Catherine Cortez Masto of Nevada and Maggie Hassan of New Hampshire, could face tricky amendment votes if revised legislation is considered in the tax-writing Finance Committee.

Whatever shakes out next, the party’s more progressive wing seems likely to eventually fall in line, as it did earlier this year on both the social spending package and the bipartisan infrastructure bill. K Street is betting on that.

“There will be another round of grief from progressives,” one tax lobbyist said, about the possibility that Democrats might have to coalesce around a bill that more fully meets Manchin’s demands. “But ultimately they would also accept the legislation.”

Aaron Lorenzo contributed to this report.