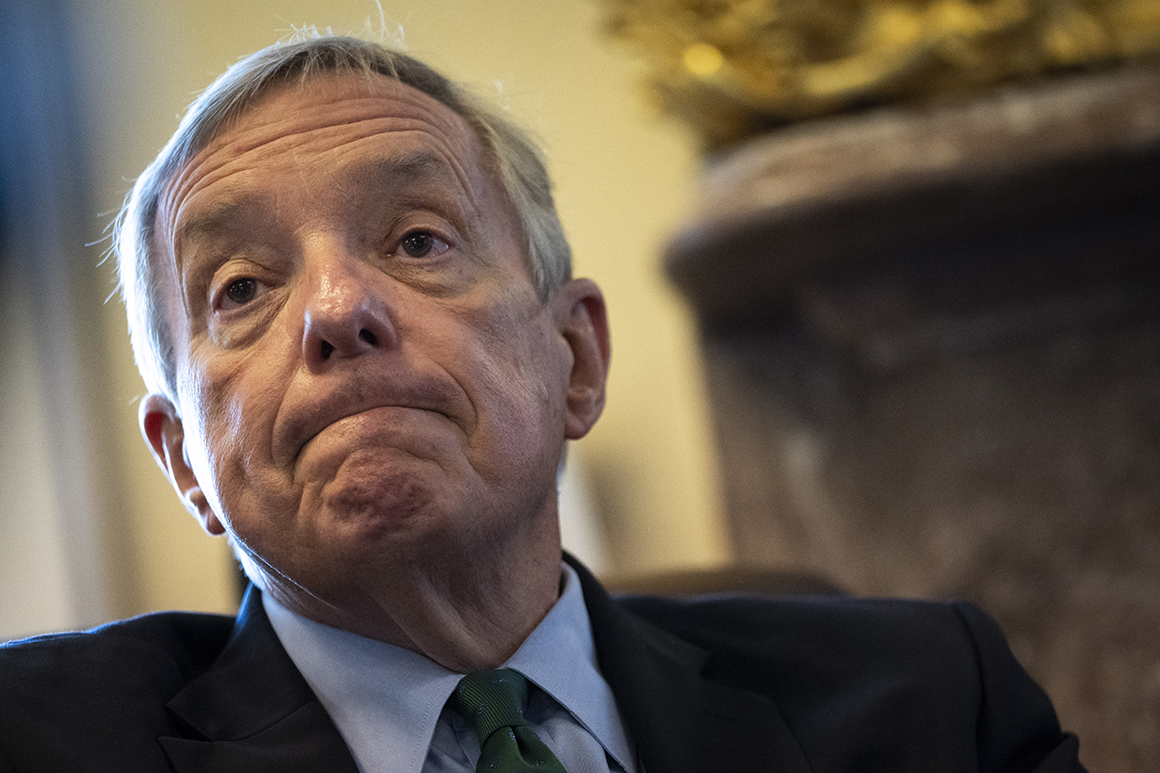 Rep. Jared Golden is facing one of the toughest reelection battles in the country. One thing he says doesn’t keep him up at night, though, is President Joe Biden’s sinking approval rating.

“I really don’t care at all. I’ve got my own approach to doing things,” the Maine Democrat said, adding that he handily outran Biden in Trump country. “What I know about his approval ratings right now versus my own is that I’m outpacing him by about 30 points.”

Most Democrats are worried that Biden’s flagging polling numbers — with an approval hovering in the low 40s — will lead to a thrashing at the ballot box. With historical headwinds and a GOP-dominated redistricting process already working against them, they fear that unless Biden pulls out of his current slide, Congress will be handed to the Republicans in next year’s midterms.

Even the party’s own polling has the president in the red. A poll from House Democrats’ campaign arm earlier this month showed the president down in battleground districts across the country, with 52 percent of voters disapproving of the job he’s doing, according to three party members briefed on the data.

Of course, the election is 11 months away, an eternity in politics. Democrats say once they finally clinch their full agenda, Biden will recover and so too will their prospects for keeping their slim majorities. But there’s plenty of handwringing about where Biden stands. Senate Majority Whip Dick Durbin (D-Ill.), for one, said Biden’s recent numbers are “scary.”

“We’re in a difficult period now. One of the challenges we have is, we’ve been legislating this year, as he has,” said Sen. Bob Casey of Pennsylvania, whose state represents Democrats’ best chance of picking up a GOP-held Senate seat. “While you’re legislating, you’re not communicating.”

Just three years ago, former President Donald Trump’s unpopularity sank the GOP House majority, though a favorable map helped Republicans keep the Senate. Biden and Democrats in Congress may face a similar dynamic next year. They have only a handful of vulnerable Senate seats, but a veritable cavalcade of at-risk House seats.

But even a favorable Senate map might not be enough. Morning Consult found Biden underwater in the battleground states of Georgia, North Carolina, Pennsylvania, New Hampshire, Nevada and Arizona. Democratic senators are generally running ahead of the president, according to the House Democratic campaign arm’s poll — the question is, how much they need to do so in order to win.

Democrats acknowledge they have a big problem. Their proposed antidote: Finish the battles over legislating as quickly as possible, then spend their next few months talking up their infrastructure and coronavirus relief laws, as well as their forthcoming social spending bill.

“Maybe it would be the first time that the Democratic Party has ever been disciplined on message,” said Sen. Chris Murphy (D-Conn.). “But theoretically we could finish a historic year of legislating for the middle class in the next month and spend all of our next year talking about what we did.”

Still, some fret that even if they do pass Biden’s marquee agenda item — the $1.7 trillion climate and social policy bill — it won’t bring the big bump at the polls that Democrats are hoping for. House Ways and Means Chair Richard Neal (D-Mass.) advised his party to focus on “seizing credit.”

“The messaging challenge is pretty apparent. When you look at the individual parts of what we’ve done, they’re all not just marginally popular, but they’re wildly popular with the American electorate,” Neal said.

While the bill is a massive restructuring of the nation’s social safety net, voters won’t realize many of its benefits for years. And if the pandemic and a faltering economy still dominate headlines next year, voters may not be moved by any single piece of legislation, according to lawmakers in both parties.

Biden’s inner circle prides itself on ignoring outside noise to focus on its agenda — and that includes fretting Democrats. But aides are also aware that feeling is not shared by everyone in their party, many of whom are growing increasingly nervous about their chances in next year’s midterms and place some of the blame on Biden’s poor polling.

Despite the high anxiety, don’t necessarily expect Democrats to run away from the president. Incumbent Sen. Maggie Hassan (D-N.H.) said that while her focus is on legislating at the moment, “the president’s always welcome in New Hampshire.” And an aide to incumbent Sen. Catherine Cortez-Masto (D-Nev.) said she would campaign with him, calling him an “important ally.”

Biden’s faced several setbacks since the summer: The tumultuous U.S. withdrawal from Afghanistan undermined the administration’s central argument of competence. Democrats took a stinging loss in Virginia’s gubernatorial race. And the politics of managing the pandemic remain supremely tricky for the party in power.

Sen. Thom Tillis (R-N.C.) said that if Biden’s approval rating remains close to or even a little better than its current levels, he sees Democrats with no chance of claiming his state’s other open Senate seat.

“He’s got a perfect storm of bad issues,” Tillis said of Biden’s prospects in North Carolina. “At the moment we’ve got a great shot of taking the majority in the Senate.”

White House aides believe Biden’s sinking poll numbers are directly tied to the recent rise in Covid cases and, therefore, his approval will pick up again once cases fade. They acknowledge that Americans elected Biden to manage the pandemic and that voters are now frustrated the nation is heading into its second winter clouded by the virus.

That means the new Omicron variant, though its severity remains unclear, further complicates Biden’s possible resurgence. Though they face current political headwinds and trends that favor the party out of power, aides do believe that by this coming summer, there could be a confluence of good news for Democrats. Virus cases could fall in the warmer weather, inflation should begin to subside and Americans will begin to feel the tangible benefits of the party’s agenda.

“The election’s in a year, and I think it’s unclear what the election will even be about. If you go back two years ago, Covid wasn’t even a thing,” said Sen. Mark Kelly (D-Ariz.), who is up for reelection.

West Wing aides also believe that underscoring Republicans’ opposition to coronavirus relief and the social spending bill will pay off.

White House spokesperson Andrew Bates argued that while the president is contending with the pandemic and inflation, “Republicans in Congress act to help Covid spread, worsen the global problem of inflation and raise taxes on the middle class to protect tax giveaways to the wealthy.”

“When we can tell that story, when we can talk about what this means for them in their daily lives, we’ll let the politics lie where they may,” said Rep. Pete Aguilar (D-Calif.), a member of House leadership.

But many battleground Democrats privately say they are highly skeptical of that positive spin and are relying on their own tactics to ensure they fend off Republican challengers in next year’s toughest-to-defend seats.

“I’d like to see his numbers turn around, just because I think there’s a false narrative in many cases about supply chain shortages, gas prices or whatever,” said vulnerable Rep. Susan Wild (D-Pa.). But, she added, “I care more about my own numbers.”

“I honestly believe that in my district, and in many districts, that it’s a mistake to try to tie your election or reelection to any president.”

Olivia Beavers and Sarah Ferris contributed to this report.