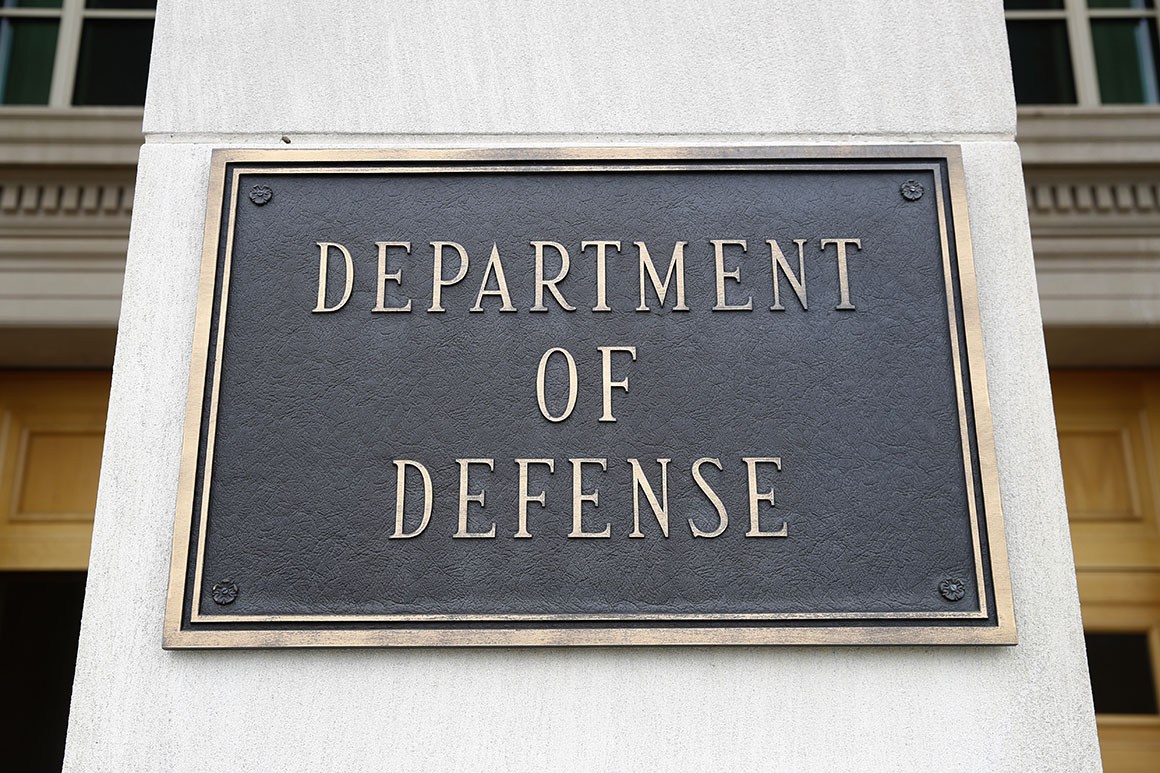 A just-released compromise version of the National Defense Authorization Act includes significant overhauls to the military justice system and green lights more funding for efforts to deter Russia and China.

The details of the final legislation, hammered out in recent days by the House and Senate, were first obtained by POLITICO ahead of the bill’s formal release. The House and Senate Armed Services committees unveiled the bill Tuesday ahead of a potential vote in the House. From there, it will move on to the Senate for final passage.

Locking in a higher top line: The bill authorizes a total of $768 billion for national defense programs. That includes $740 billion for the Pentagon, as lawmakers locked in a $25 billion increase to President Joe Biden’s defense budget request.

The bill also authorizes $27.8 billion for nuclear weapons activities that fall under the Department of Energy.

Military justice: According to the summary, the final bill removes military commanders from decisions to prosecute a series of crimes, including rape, sexual assault, murder, manslaughter and kidnapping.

The provisions appear to be less expansive than a wholesale move to strip commanders of their authority to prosecute all felonies, a movement led by Sen. Kirsten Gillibrand (D-N.Y.) that was included in the Senate version of the bill. But it also appears broader than the more limited move to address only sex crimes, which was endorsed by the Pentagon.

Private Guard funding: The compromise bans private money from being used to fund a National Guard deployment in another state, except for natural disaster emergencies.

The provision was attached to the House defense bill, stemming from a controversy in which the South Dakota government accepted private donor funding to send Guard troops to assist on the southern border.

The final deal excludes an effort to give Washington, D.C., control of its National Guard. The legislation has been pushed for years by the District’s non-voting delegate, Democrat Eleanor Holmes Norton.

China and Indo-Pacific: The bill authorizes $7.1 billion for the Pacific Deterrence Initiative, meant to beef up U.S. posture in the region and deter China, a roughly $2 billion increase Biden’s request.

Russia and Ukraine: The bill authorizes $300 million for the Ukraine Security Assistance Initiative to provide Kyiv with equipment and weapons to deter Russian aggression on its border. The final provision is $50 million above the level requested by the Pentagon.

Lawmakers also green-lit $4 billion for the European Deterrence Initiative to enhance cooperation with Eastern European countries and to deter Russia on their flank. The level is up from the $3.4 billion requested by the administration.

Defense secretary qualifications: The bill includes a provision, pushed by Rep. Mike Gallagher (R-Wisc.) and approved by House Armed Services, that would set a higher bar for recently retired military officers to lead the Pentagon.

The final bill extends the limitation on how long a retired general or admiral must be out of uniform before becoming eligible for the top job from seven to 10 years.

The compromise also increases the cooling off period for military officers to become civilian service secretaries from five to seven years.

Extremism in the military: The bill directs the Pentagon to submit a report outlining the establishment of a separative punitive article in the Uniform Code of Military Justice on violent extremism. The report is due no later than 180 days after the bill is enacted.

Yet some of the toughest provisions pushed by Democrats to combat extremism in the ranks were left out of the final deal. That includes Rep. Anthony Brown’s (D-Md.) measure to establish an office of countering extremism inside the Pentagon personnel office.

Shipbuilding: Democrats and Republicans backed the procurement of 13 new ships, five more than the eight warships the Navy requested.

The bill also would block the Navy from decommissioning two Ticonderoga-class cruisers.

The agreement also authorizes $800 million to fund the expansion and modernization of the shipyard and submarine industrial base.

Aircraft purchases: The legislation authorizes the Pentagon to buy 85 F-35 fighters, matching the budget request for the Lockheed Martin-built aircraft as lawmakers fret about the high cost of sustaining the planes.

Beyond that, the bill would authorize the purchase of 347 aircraft and helicopters beyond the 290 the Pentagon requested.

The agreement also backs the purchase of a dozen Boeing-made F/A-18E/F Super Hornet jets for the Navy, which the service did not request as it looks to wind down its purchases. Lawmakers said they supported the purchase “to mitigate the Navy’s strike-fighter shortfall and bolster tactical fighter aircraft capacity.”

Lawmakers agreed to authorize five extra F-15EX jets, also built by Boeing, for a total of 17. The agreement matches the Senate proposal. The House pushed to double the Air Force request and procure 24 of the new fighters.

Similar provisions to establish panels to review America’s involvement in the war were incorporated in both House and Senate bills, pushed by Reps. Liz Cheney (R-Wyo.) and Sen. Tammy Duckworth (D-Ill.).

The final agreement also zeroes out the Pentagon’s request for $3.3 billion to assist Afghanistan’s now-defunct military and police forces. The funding was included in the Senate defense bill, which cleared committee before the takeover by the Taliban. The House, which advanced its bill afterward, largely shifted the money to other accounts.

UFOs: The bill authorizes a new Pentagon office to study and conduct field investigations of unidentified aerial phenomena and requires “comprehensive reporting, analysis, and sharing of information on UAP incidents,” including in the form of an annual unclassified report.

Space Guard: It drops a House proposal to establish a separate Space National Guard and requires the Pentagon to conduct a study to “review the overall organization of the reserve component, including the appropriate allocation and use of Space assets.”