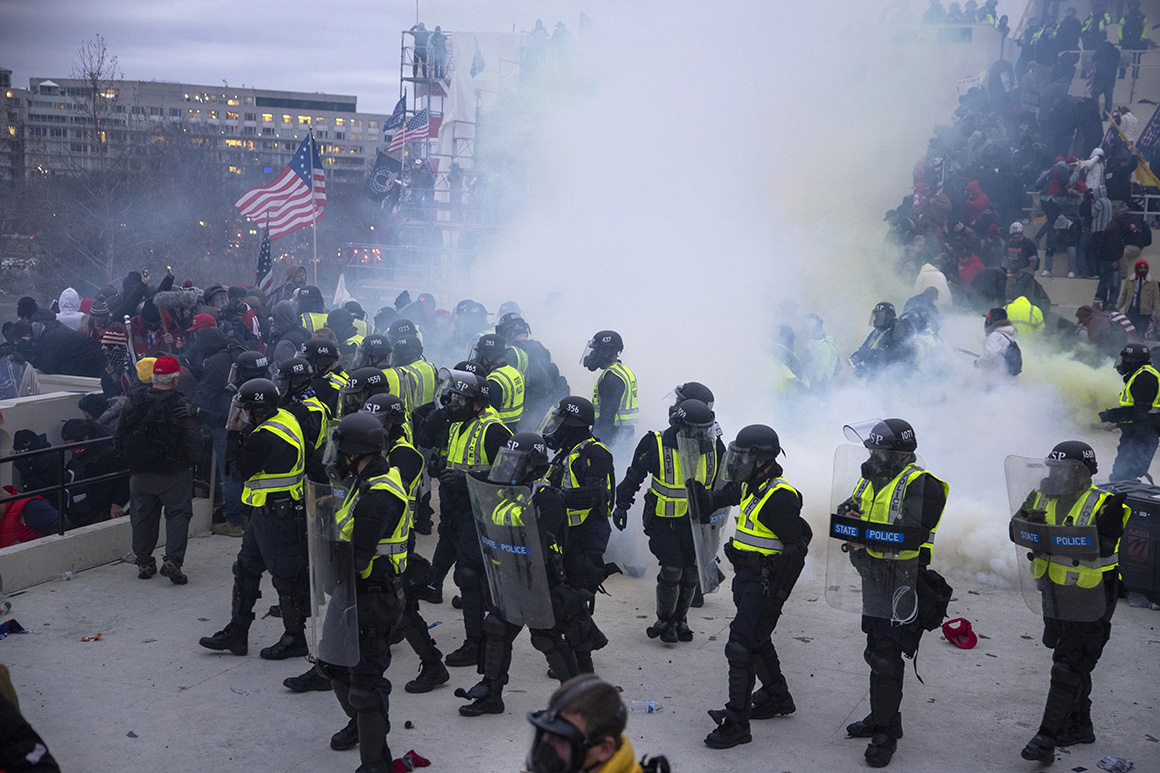 As rioters swarmed the Capitol, President Donald Trump’s eldest son pleaded with White House chief of staff Mark Meadows to get his father to do more to end the violence.

“He’s got to condemn this [shit] Asap. The Capitol Police tweet is not enough,” Donald Trump Jr. texted, one of a series of messages Meadows provided to the Jan. 6 select committee investigating the former president’s effort to overturn the election.

The text message was one of a handful described and released by the committee on Monday from the trove shared by Meadows that showed lawmakers, aides and even Fox News hosts pleading with Meadows to press Trump to take stronger action. After they described the messages, the panel held Meadows in criminal contempt of Congress for refusing to testify to investigators. The matter now goes to the full House, which is expected to refer Meadows to the Justice Department on Tuesday.

The messages add to the growing body of urgent pleas that went to Trump or his close aides during the rally. But for hours Trump did not heed their calls.

Among the messages from the Fox stars:

— “Hey Mark, the president needs to tell people in the Capitol to go home … this is hurting all of us … he is destroying his legacy,” Laura Ingraham wrote.

— “Please get him on tv. Destroying everything you have accomplished,” Brian Kilmeade wrote.

— “Can he make a statement? … Ask people to leave the Capitol,” Sean Hannity urged.

Panel members said the texts illustrated what they said were crucial questions that only Meadows could answer: How did he respond to these messages? Whom did he tell about them? And what actions did Trump take in response?

Meadows’ attorney did not immediately respond to a request for comment, though he sent a seven-page letter to the select panel on Monday morning calling on them to hold off on their contempt referral.

But Meadows weighed in during an appearance on Fox News later Monday with Hannity.

“At this point, Sean, you know, it’ll be turned over to the hands of the DOJ,” he said. “I can say this, that when you look at the criminal component of this, the intent — there’s never been an intent on my part.”

During his remarks, Chair Bennie Thompson (D-Miss.) said the panel would interview a dozen “key witnesses” this week, putting the panel over the 300 mark. That’s in addition to 30,000 records and 250 tips via the panel’s tip line, Thompson said.

The committee released an additional series of texts that showed lawmakers sympathizing with Trump’s effort to interfere with the Jan. 6 certification of the 2020 election.

One unidentified lawmaker told Meadows: “On January 6, 2021, Vice President Mike Pence, as President of the Senate, should call out all electoral votes that he believes are unconstitutional as no electoral votes at all.”

“The president needs to stop this ASAP,” an unnamed lawmaker texted Meadows on Jan. 6

Another unidentified lawmaker told Meadows after the attack: “Yesterday was a terrible day. We tried everything we could in our objection to the 6 states. I’m sorry nothing worked.”