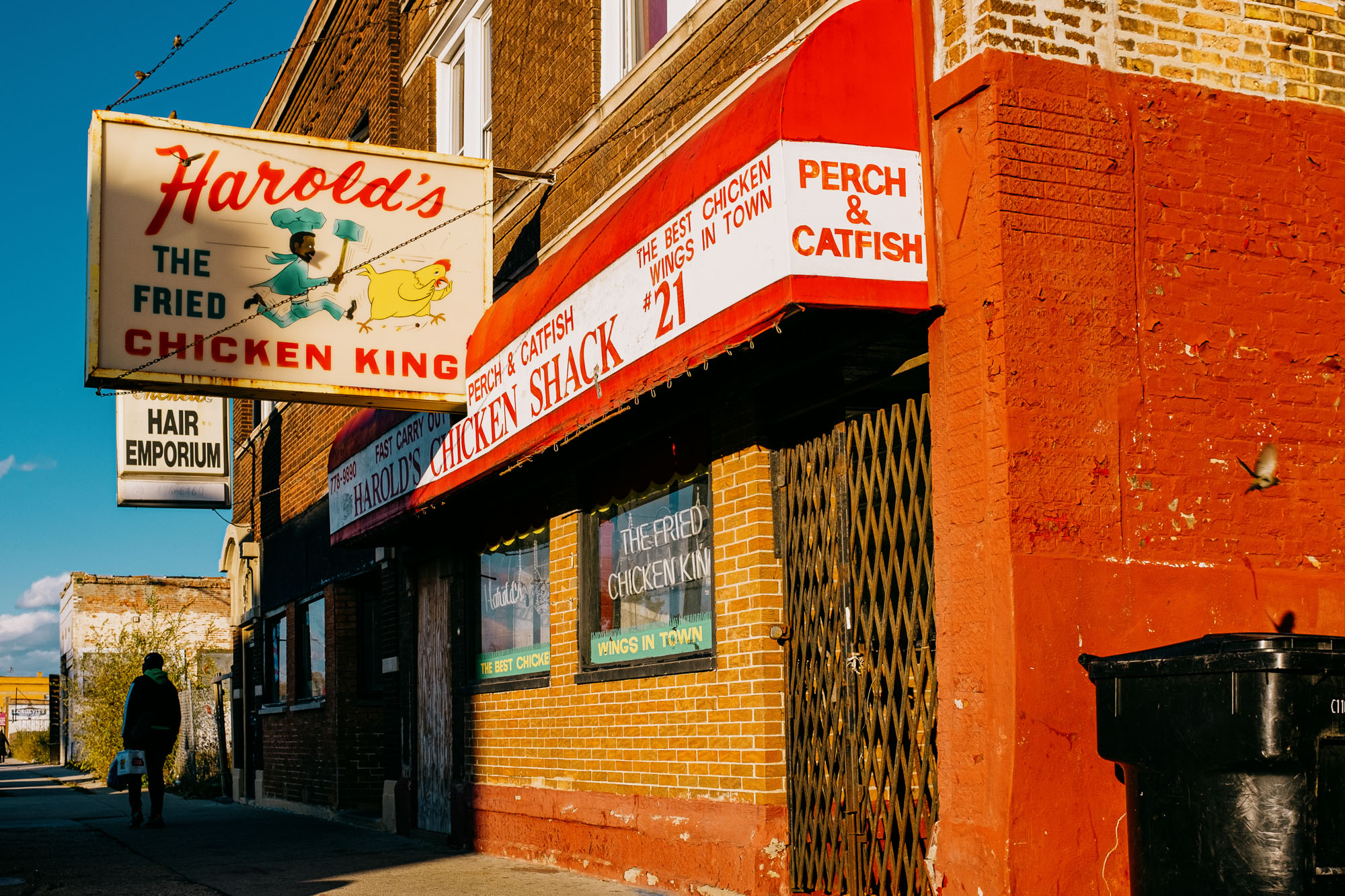 ENGLEWOOD, CHICAGO — For years now, people have been fretting about Englewood, a Black neighborhood tucked in Chicago’s storied South Side. Numerically, it’s hemorrhaging Black people — like other parts of the South and West Sides of Chicago — making a neighborhood already seen as poor and crime-ridden even worse off. It has become the poster child for the population slide Chicago has experienced over the past two decades, facing some of the biggest losses in the city.

But the arrow of change doesn’t always point in one direction. In 2013, there was a burst of concern about gentrification in the form of a spanking new Whole Foods planned for the neighborhood. At the same time, violence was rising, a trend that has continued.

Throughout all this, Englewood has also managed to keep a sense of pride — a cohesion and identity that’s enabled it to weather its many travails.

The Whole Foods saga might be the most telling, and surprising, expression of that spirit. In 2013, the grocery chain shocked the city with an announcement that it would open a store in Englewood, and I covered the story for Chicago’s public radio station, WBEZ. No one had seen that coming — a pricey organic store in a much-maligned, high-poverty neighborhood. Cruel comments swiftly surfaced on social media: “Chicago will have the healthiest gangbangers in the nation.” “Whoever thought of this must be on drugs.” And then there were Black people — often not Englewood residents — predicting Whole Foods would descend like a gentrified spaceship and its reverberations would displace Black folk for new white homeowners. 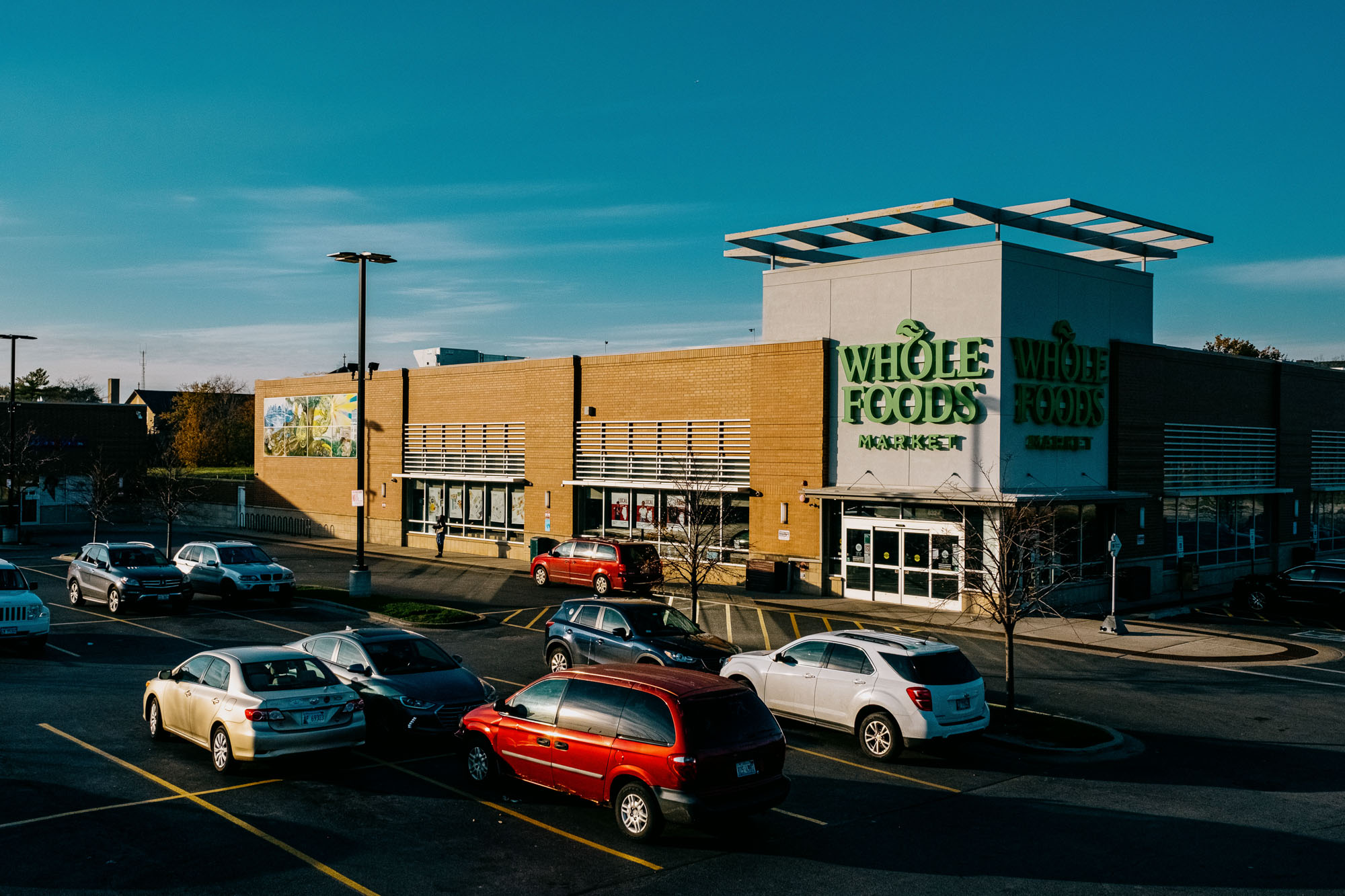 That didn’t happen. Throughout the process, Whole Foods listened to residents’ demands not to make it a “half foods.” As a reporter covering the South Side, I know Englewood well. My office was once located there, and I live in neighboring Park Manor. So I sat in on community meetings where residents helped design the store, telling corporate executives what they wanted on the shelves and on the walls. After the store opened in 2016, Whole Foods evolved into a gathering place for hot food and fellowship in an area devoid of sit-down restaurants. My mom and I would meet up there for the Friday night special — five wine tastings and five appetizers for five bucks. My 2-year-old danced in the bread aisle as a DJ spun records and once, at another performance, she even sat on a singer’s lap as a live band grooved behind her. Folks line-danced and bopped to hip hop.

I tell this story not to promote Whole Foods but to illustrate that Englewood residents — and other denizens of Black Chicago — aren’t passive renters and homeowners. Throughout the neighborhood, homeowners buy empty lots on the blocks to beautify them, like Tina Hammond in West Englewood. She and her husband bought a lot for $1, sprucing it up with flowers and a wood dance floor.

Scholars say Chicago is the only city in the nation with block club signs at the beginning of streets, small pieces of painted public art demonstrating civic pride and instructing behavior: no loitering, no car washing, no loud music. Strong block clubs proliferate in Englewood, as well as in other Black Chicago neighborhoods, bucking the stereotype of how people in these areas conduct themselves. A few years ago, block presidents sought to update the signs to honor elders or provide a warmer, less scolding message: We promote laughter, peace, love, respect and community. But the intent around community expectations remains the same. 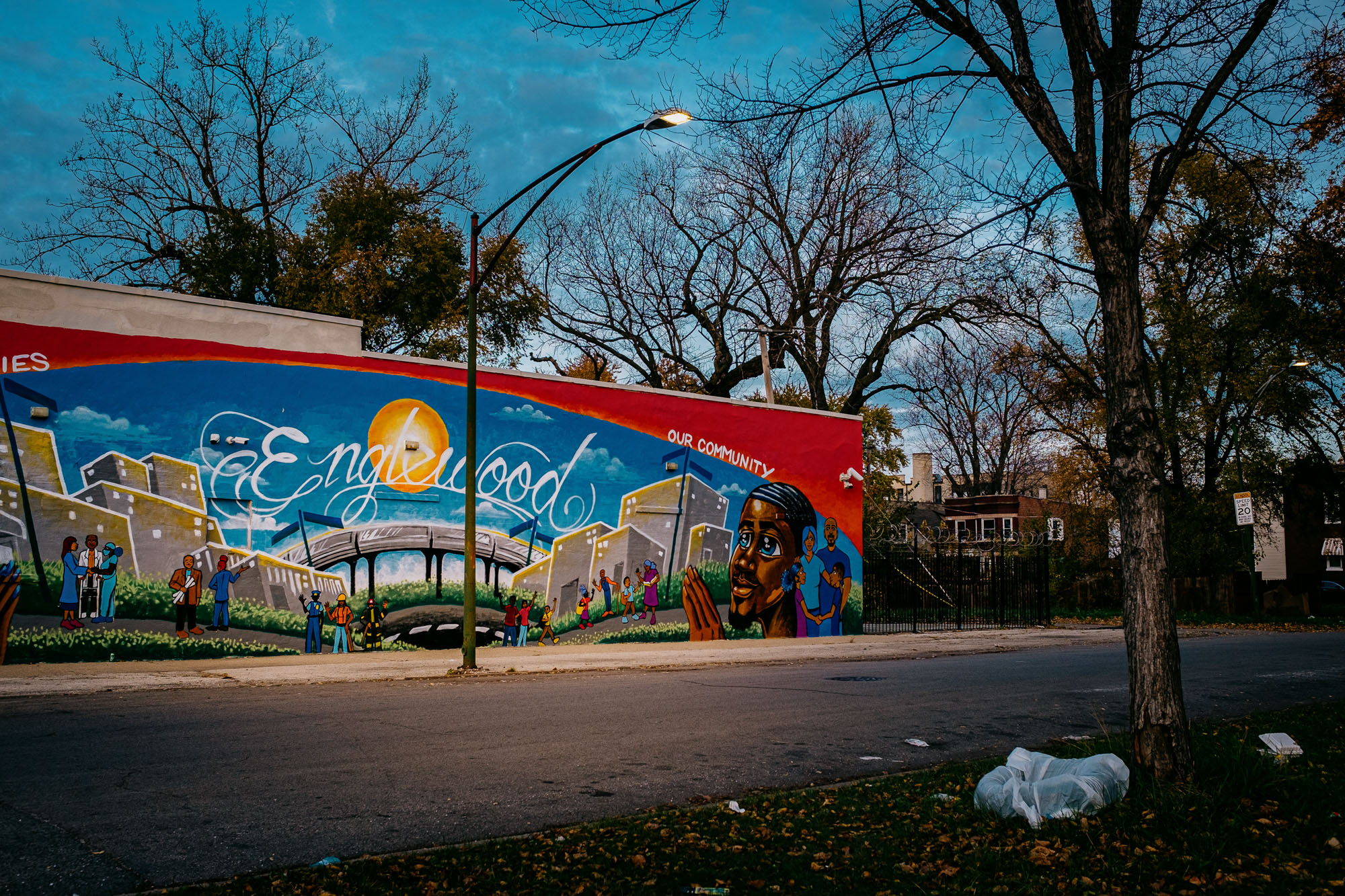 This past summer, Englewood held its first music festival showcasing artists and creatives on a blocked-off thoroughfare next to Whole Foods; later, there was a jazz festival, too. Around the neighborhood, you’ll find the Janell Nelsons, Tonika Johnsons and Asiaha Butlers who rebuke the negative narrative of Englewood; they celebrate culture and a community toiling toward revitalization, challenging the rest of the city to actually see the neighborhood. The Englewood Arts Collective, R.A.G.E. Englewood and the Folded Map Project are their brainchildren. Englewood is full of residents like them, but one has to turn the page past the vacant lots and shootings for a complete picture. 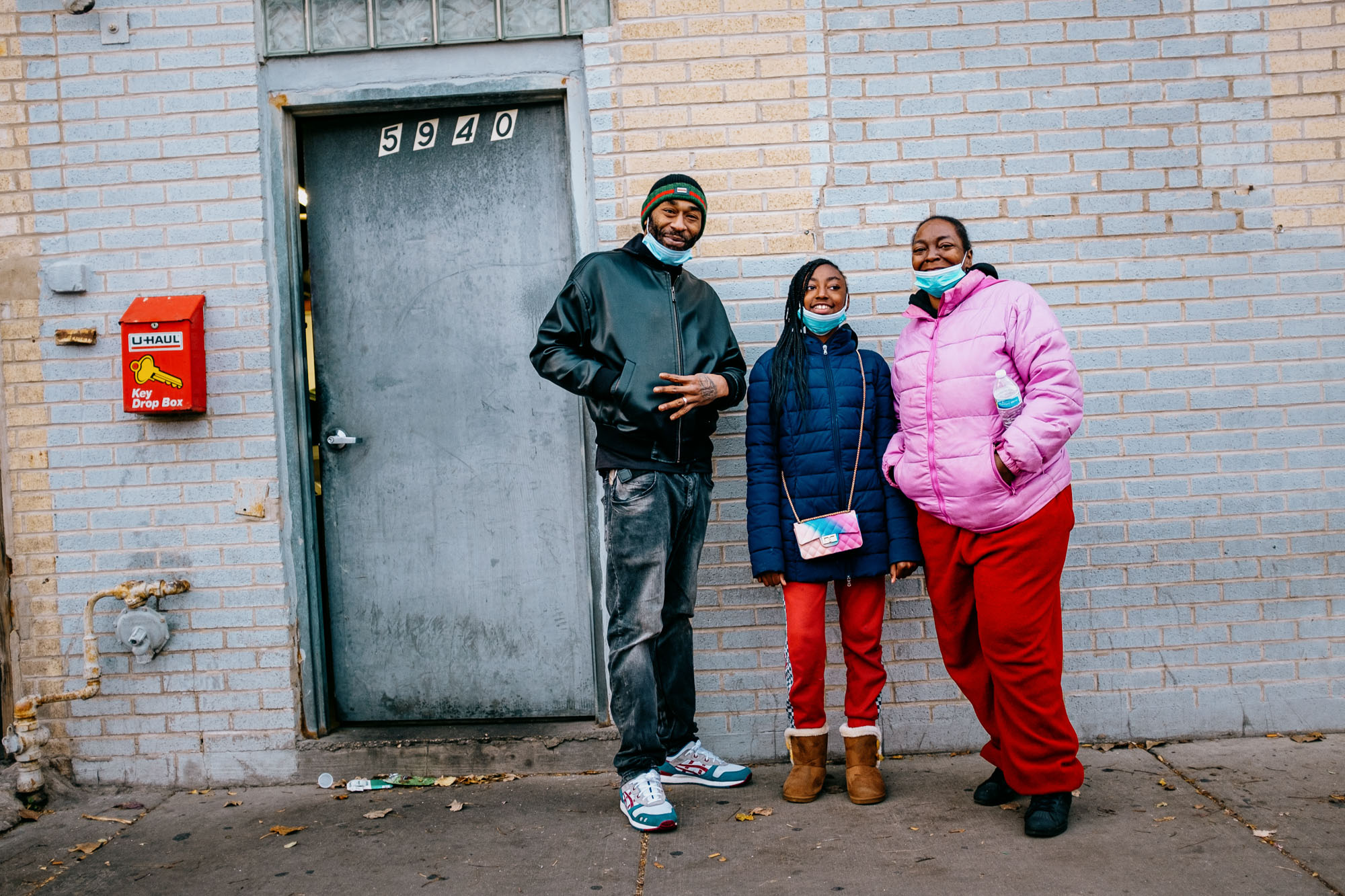 Gentrification is not Englewood’s biggest threat. Nor is that the case for the rest of Black Chicago, for that matter. How can neighbors better their blocks and commercial arteries when private and public investment historically have been minimal? Englewood is a microcosm for what’s happening in many quarters of segregated Black Chicago. Population loss hits neighborhoods that were once all white thanks to racist housing laws and the plundering of Black wealth. For decades, Chicago was the promised land for Southerners like my grandparents, who moved to the South Side from Georgia after World War II as part of the Great Migration. It’s a cruel irony to see the struggles today. Population loss means young families aren’t moving into the affected communities — and senior citizens are left alone to advocate for city services and economic development. Boarded-up homes and vacant two-flats beg for custody. 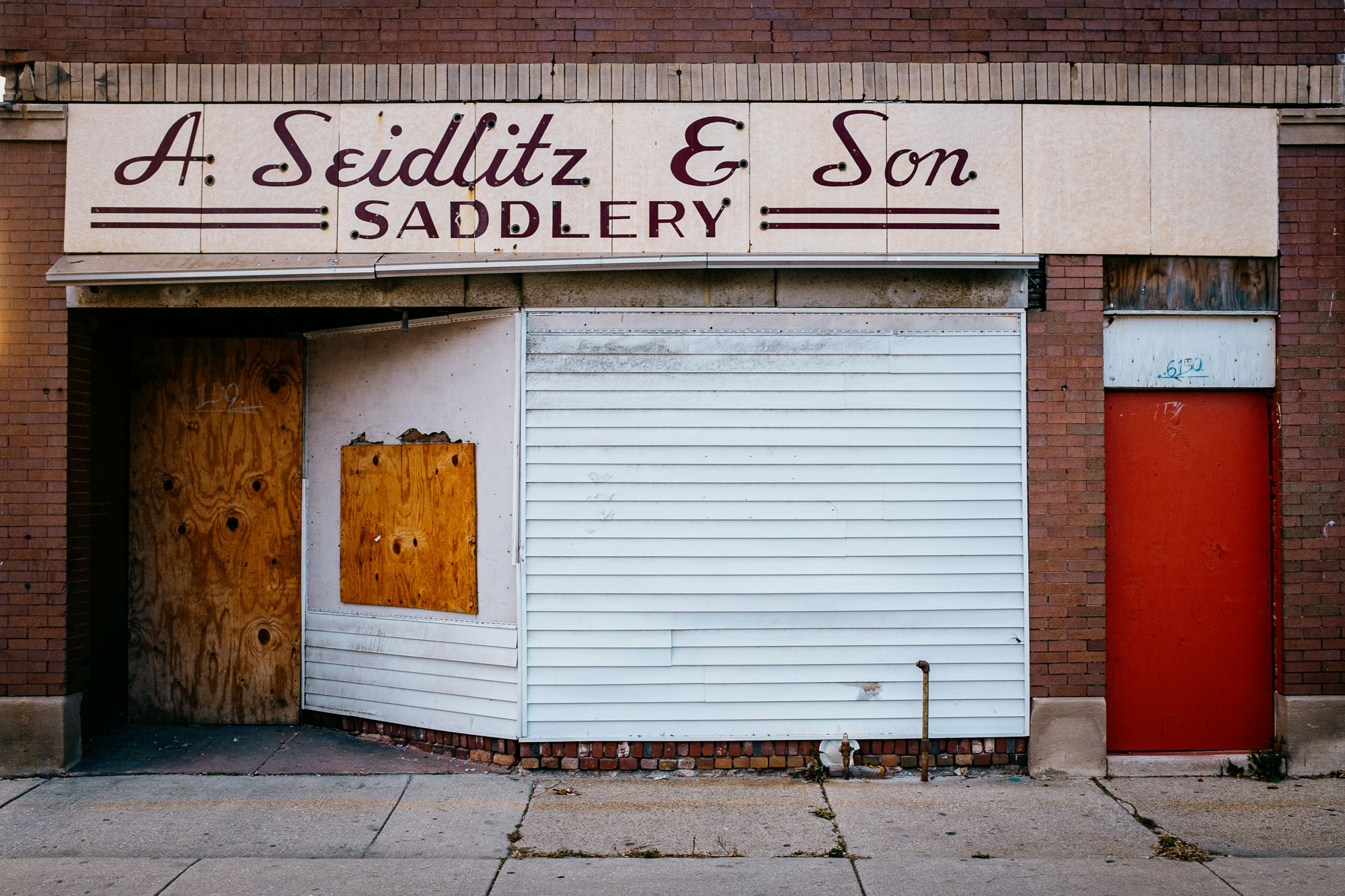 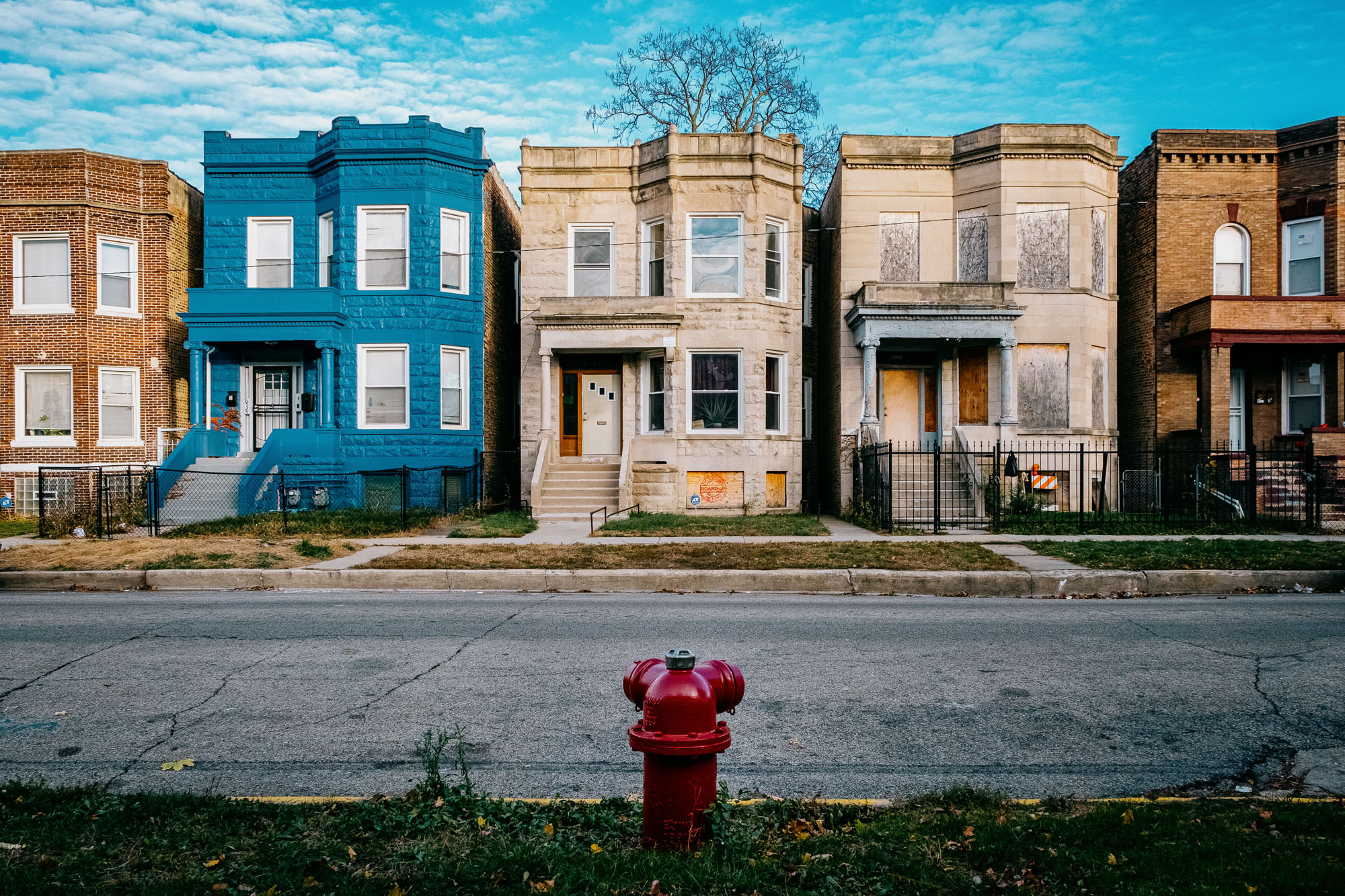 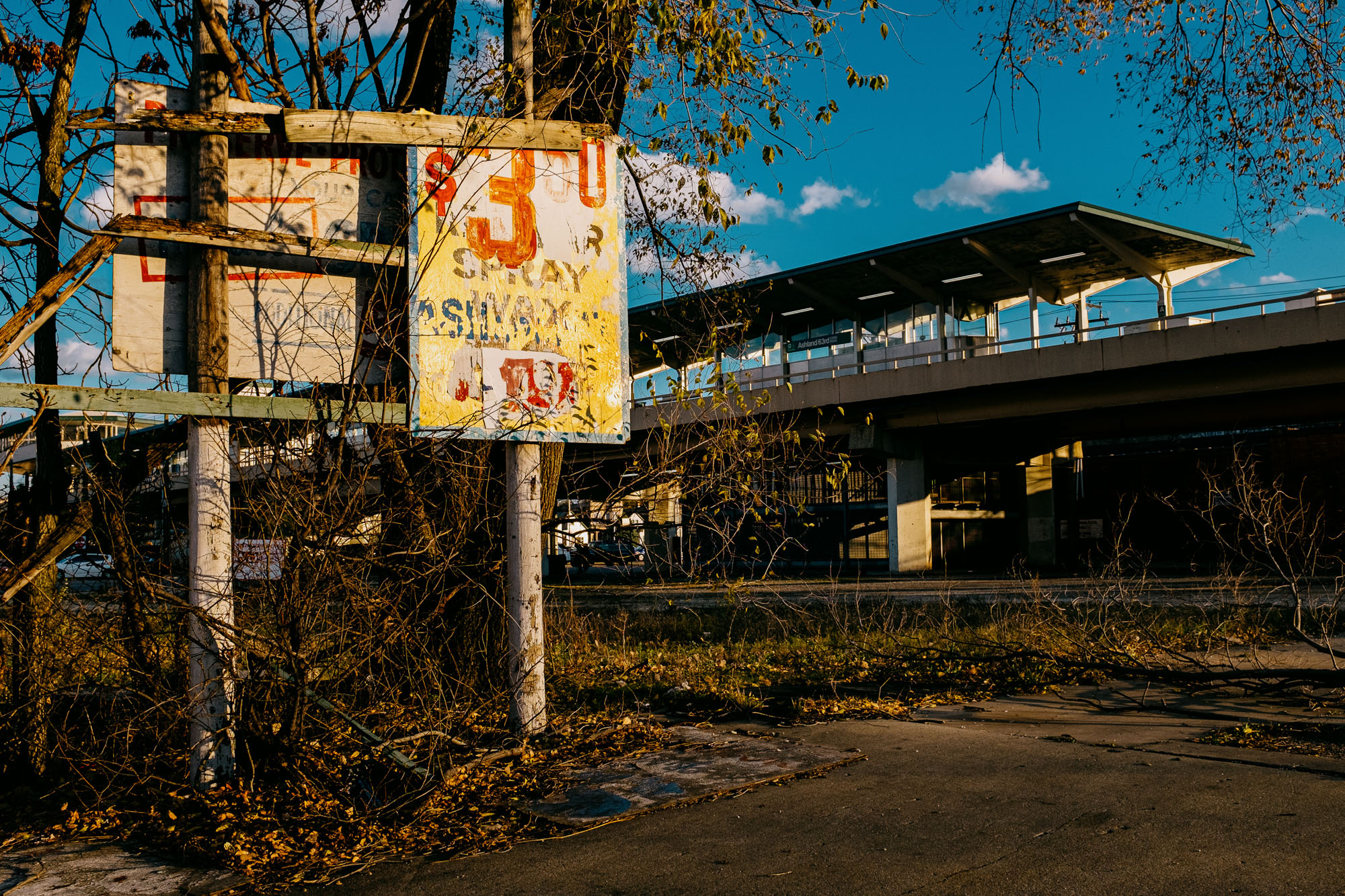 The reasons behind Black Chicagoans leaving deserve much more scrutiny than locals or pundits offer. A host of complicated factors come into play. Middle-class African Americans dream of tree-lined streets and well-funded schools so they decamp for the suburbs — like other racial groups. While safety is an issue, violence isn’t the driving reason for flight, especially since, sadly, gun shootings are not a new phenomenon. But violence gets politicized. I’m not dismissing the bloodshed, but it’s all too easy to wag a finger without digging deeper into the systemic problems creating an environment for violence to fester here. When he was president, Chicago was Donald Trump’s punching bag — he said the city was “out of control” and even threatened to “send in the Feds!”

Frankly, I’ve tired of Chicago being used as an opportunistic political punchline — from observers inside and outside my city.

Nonetheless, speculation has swirled since the 2010 census numbers revealed a sharp increase in Black folk who left the city. So last year, researchers at the University of Illinois-Chicago released a report that attempted to myth bust and offer a robust account of what was really taking place. The headline is that the pattern is decades in the making and racial inequities are strongly correlated to population trends in Black Chicago. Furthermore, residents aren’t partaking in a reverse Great Migration to Atlanta, Dallas or Charlotte, N.C. They’re actually more likely to stay in the region, either relocating to the suburbs or nearby northwest Indiana. 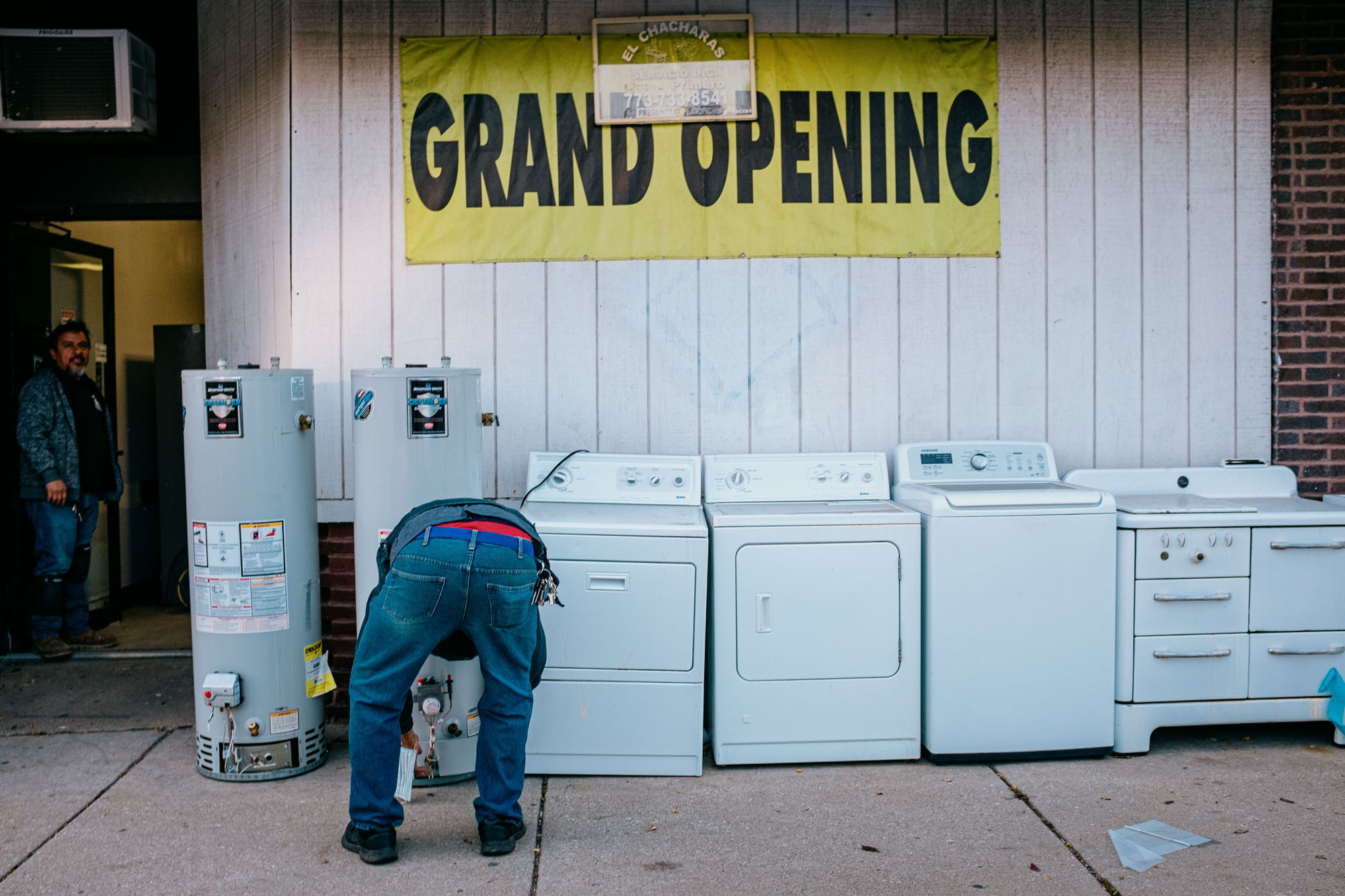 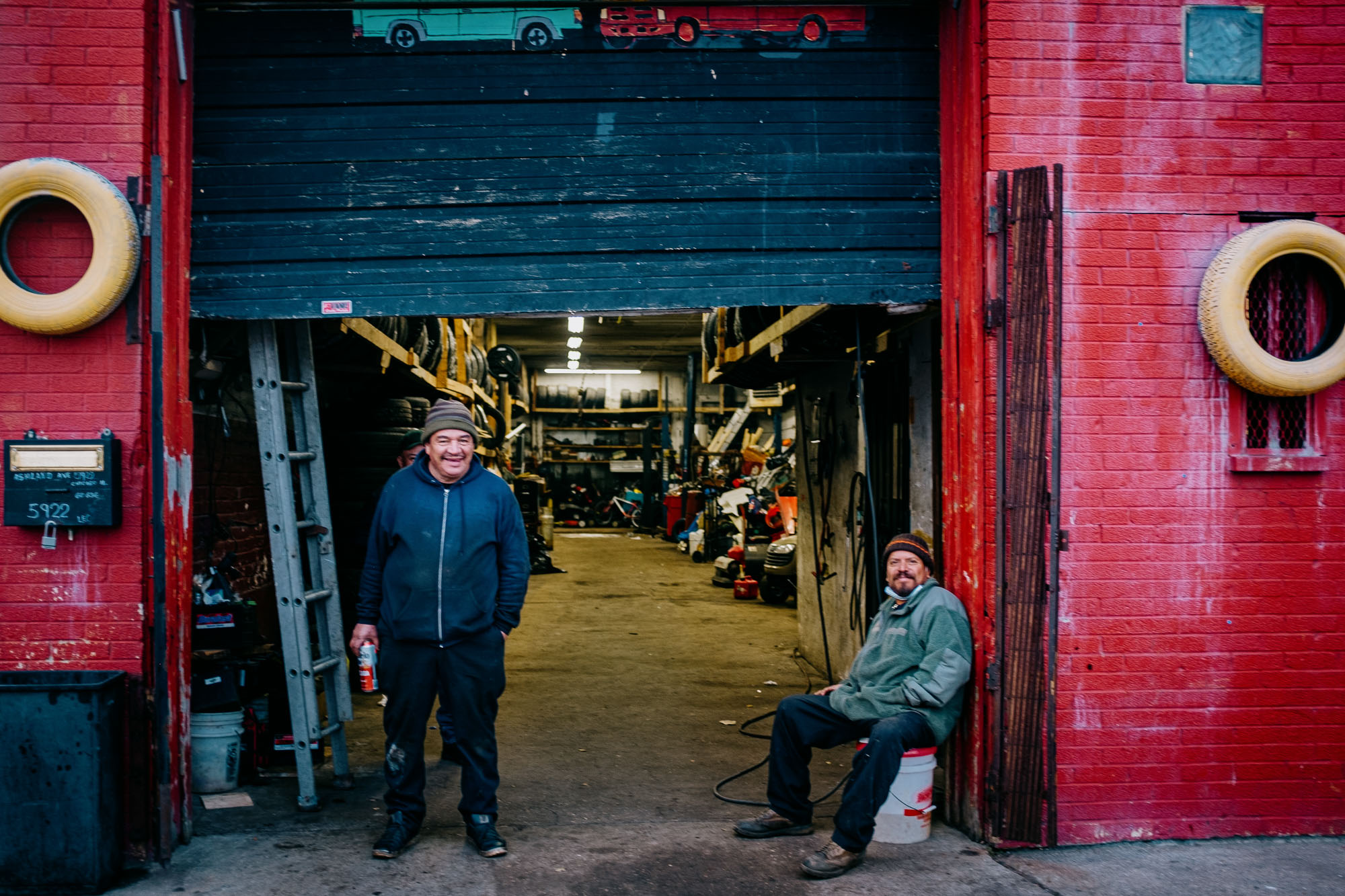 The report titled “Between the Great Migration and Growing Exodus: The Future of Black Chicago?” found inequality stood out as the consistent element in explaining why residents leave. The demolition of public housing, closure of public schools, high unemployment, foreclosures and food insecurity are among the dynamics. And the city’s notorious segregation undergirds all of this.

By 1980, decades of Black population growth stopped and reversed. Back then, it was at its peak at 1.2 million; by 2016, Chicago’s Black population plummeted by 350,000. “At a very broad level, we believe racial inequities in Chicago are pushing black residents out,” the report found. 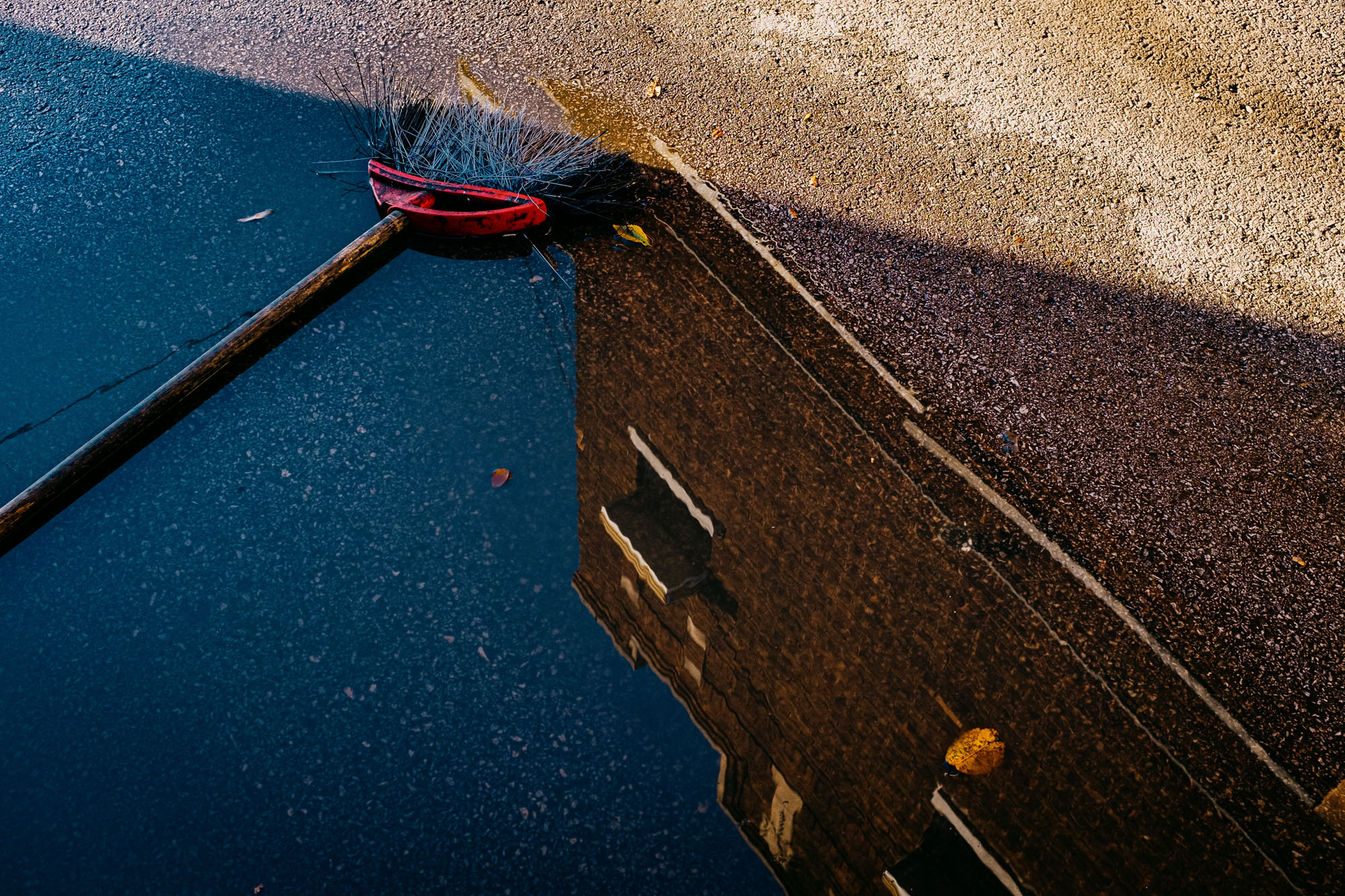 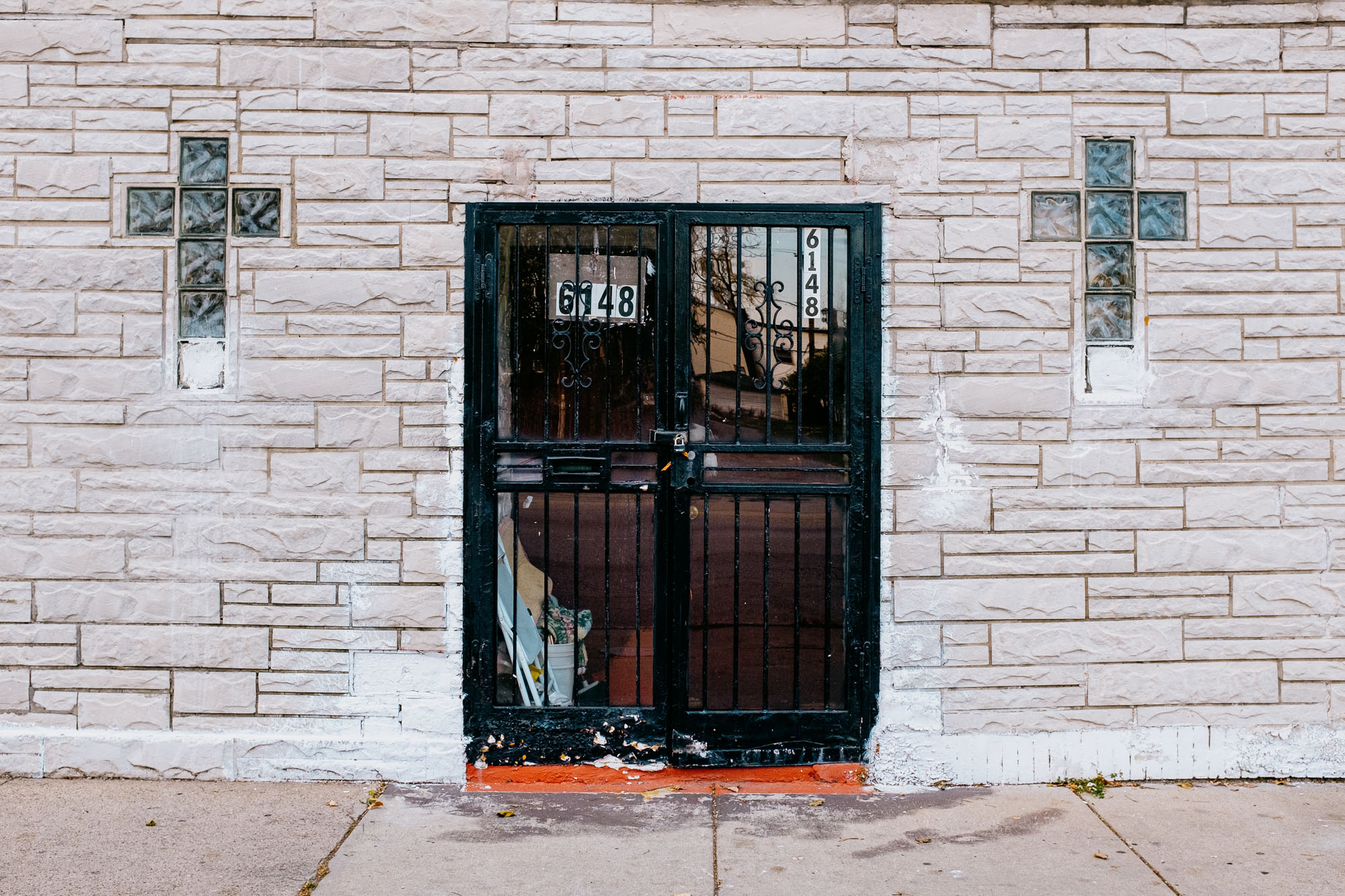 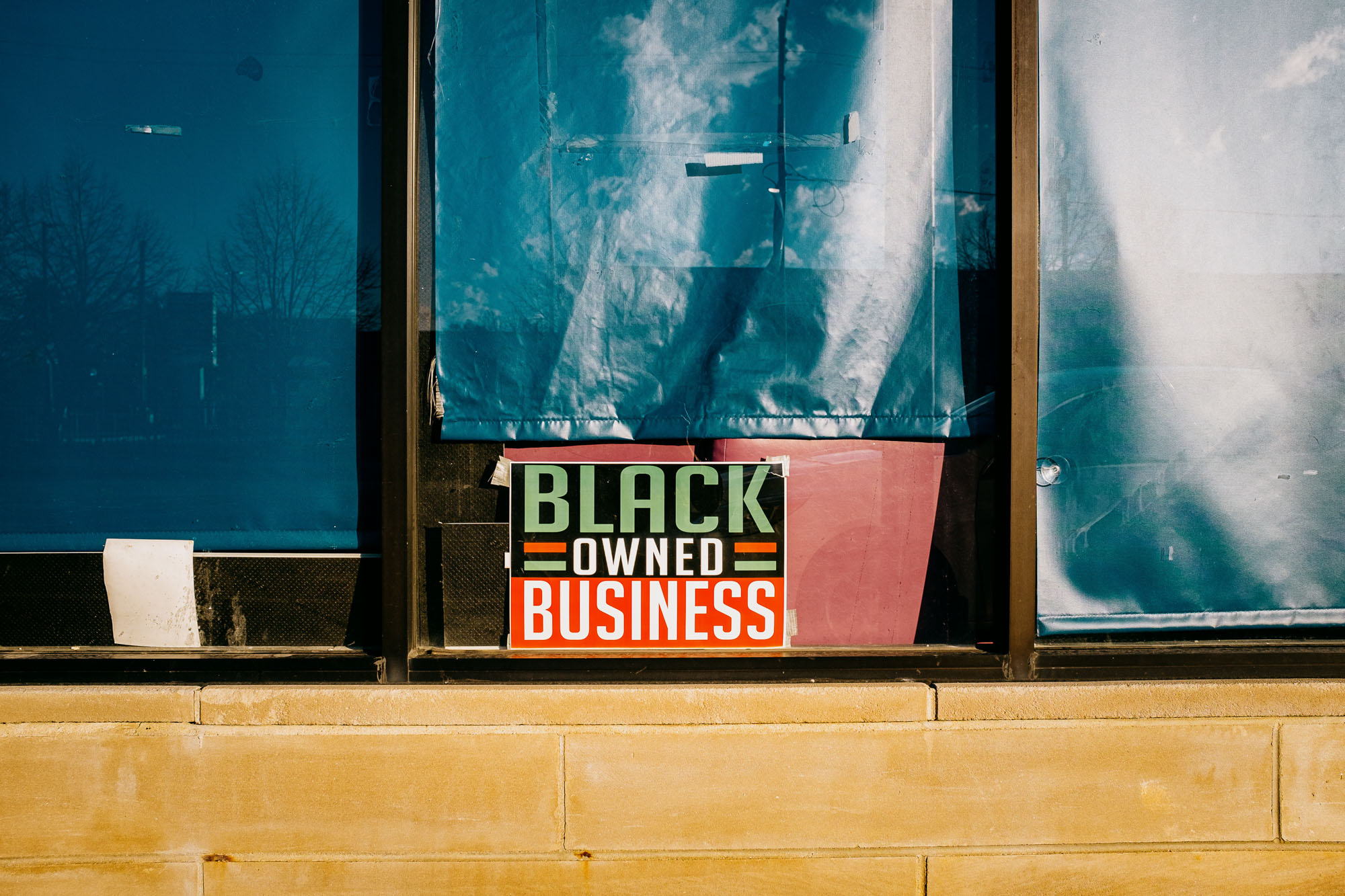 And the bottom line, as my editor Alden Loury wrote in expert commentary in the report, “offers a sobering reminder that Chicago is simply a different place for its black residents and black communities on the South and West Sides than it is for its white residents and North Side white communities. It’s a fact that can’t be lost on those who set public policy and others who influence it.”

Yet Black Chicago is also a milieu of verve, grit and imagination. You see it everywhere — if you bother to look — from the rehabbed bungalows, to the art galleries, upscale and hood spot fried chicken, house music, steppers sets and footwork culture. 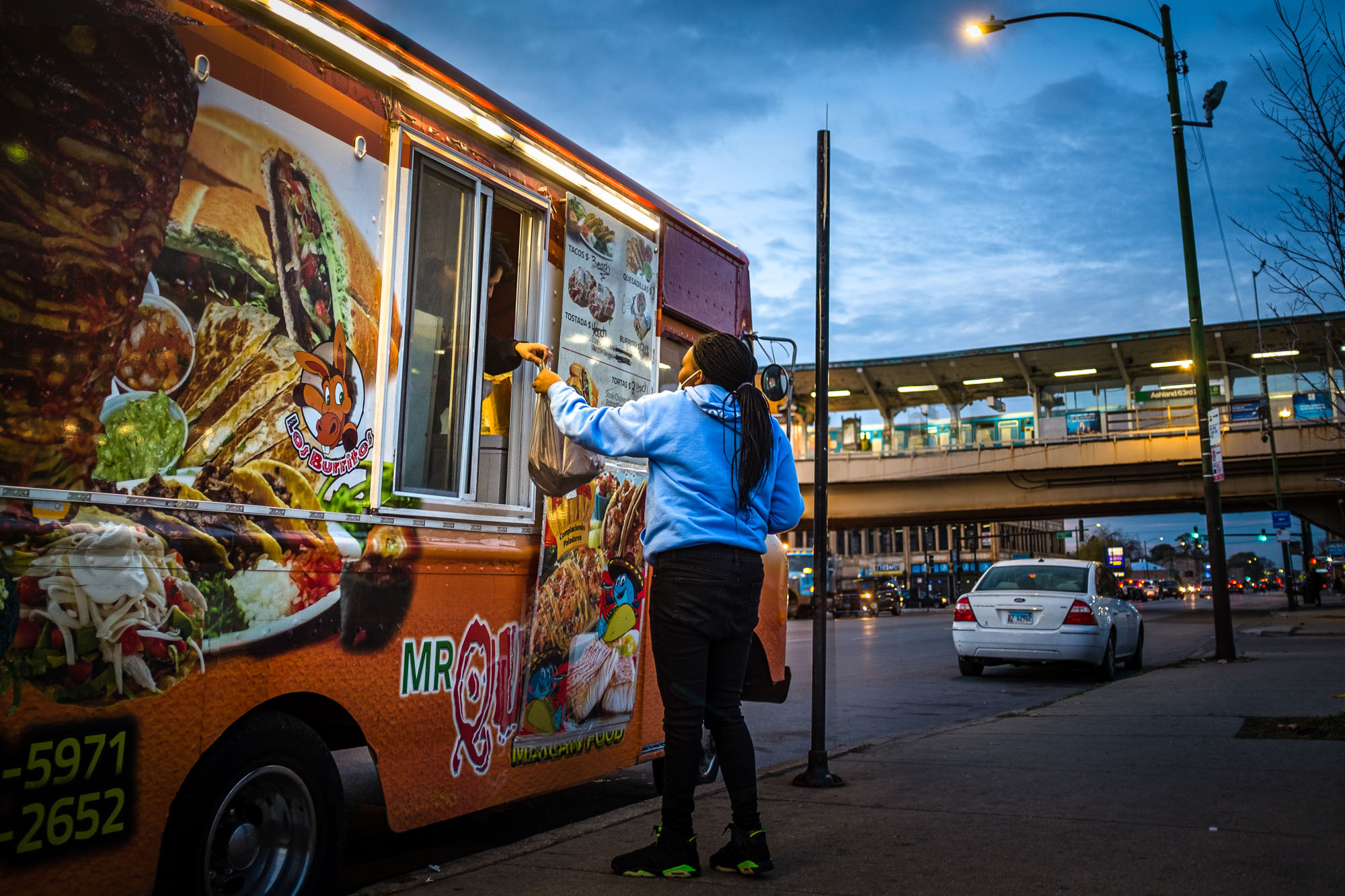 In his new memoir, Will Smith revealed his 1991 hip-hop classic with DJ Jazzy Jeff “Summertime” was inspired, written and recorded in Chicago. The duo is from Philadelphia but that bit of trivia made so much sense to me. The sample of Kool & Gang as a soulful through-line, the moments of nostalgia and nods to the grill all scream summertime Chi — the best place you can ever imagine. The song feels like an ode to intergenerational barbecues in Black Chicago on any weekend, nary a holiday or reason needed to celebrate. 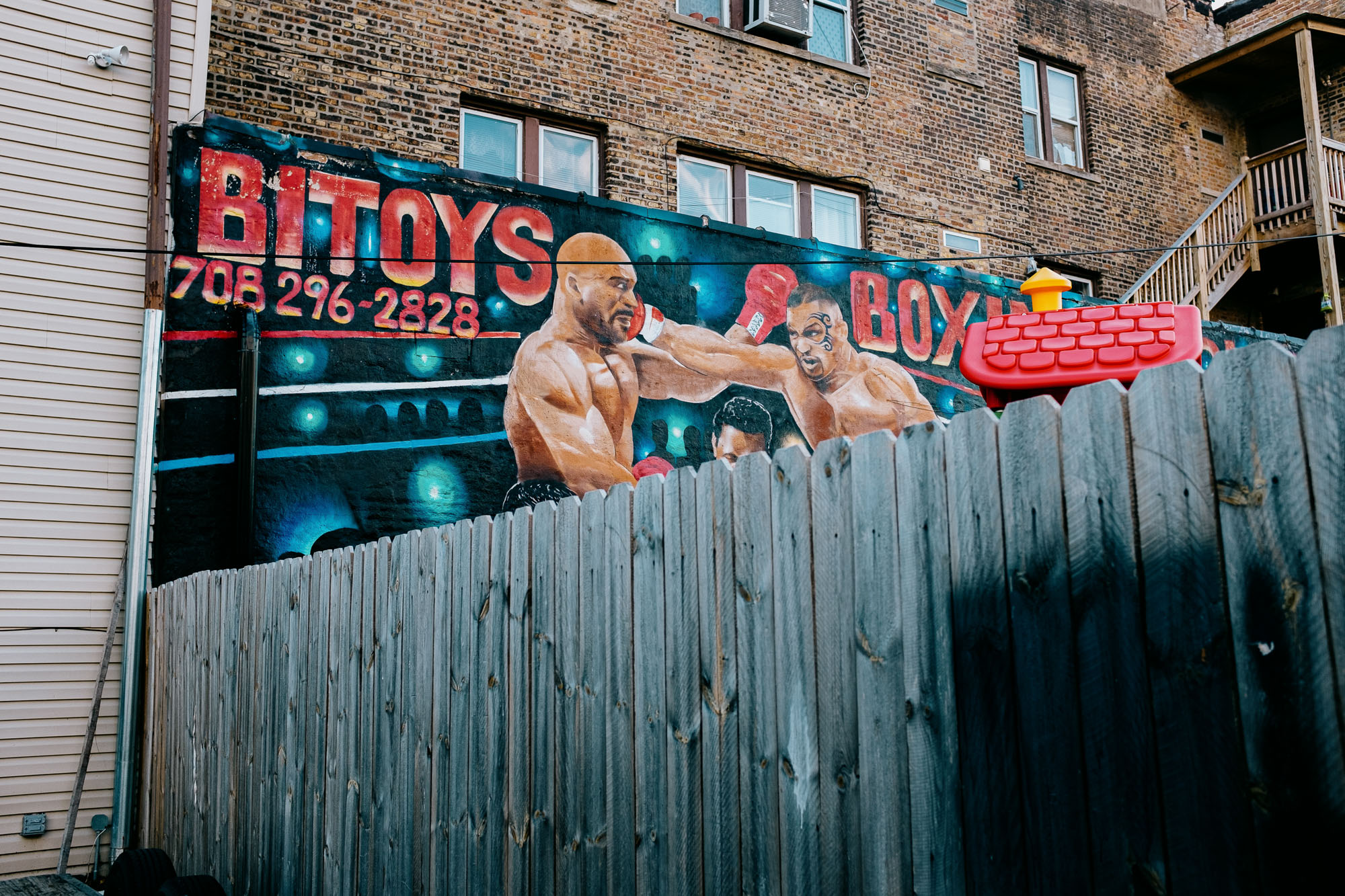 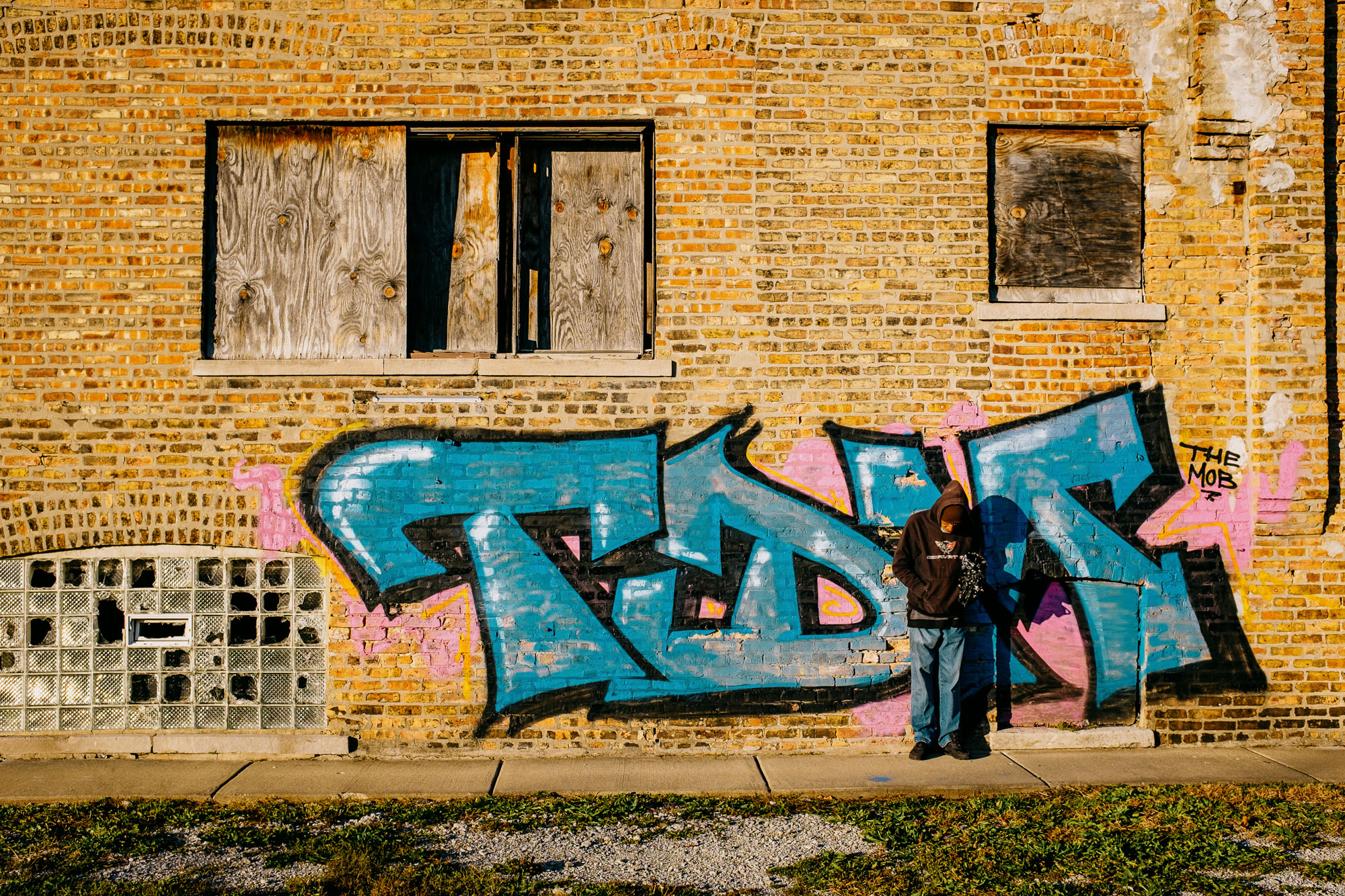 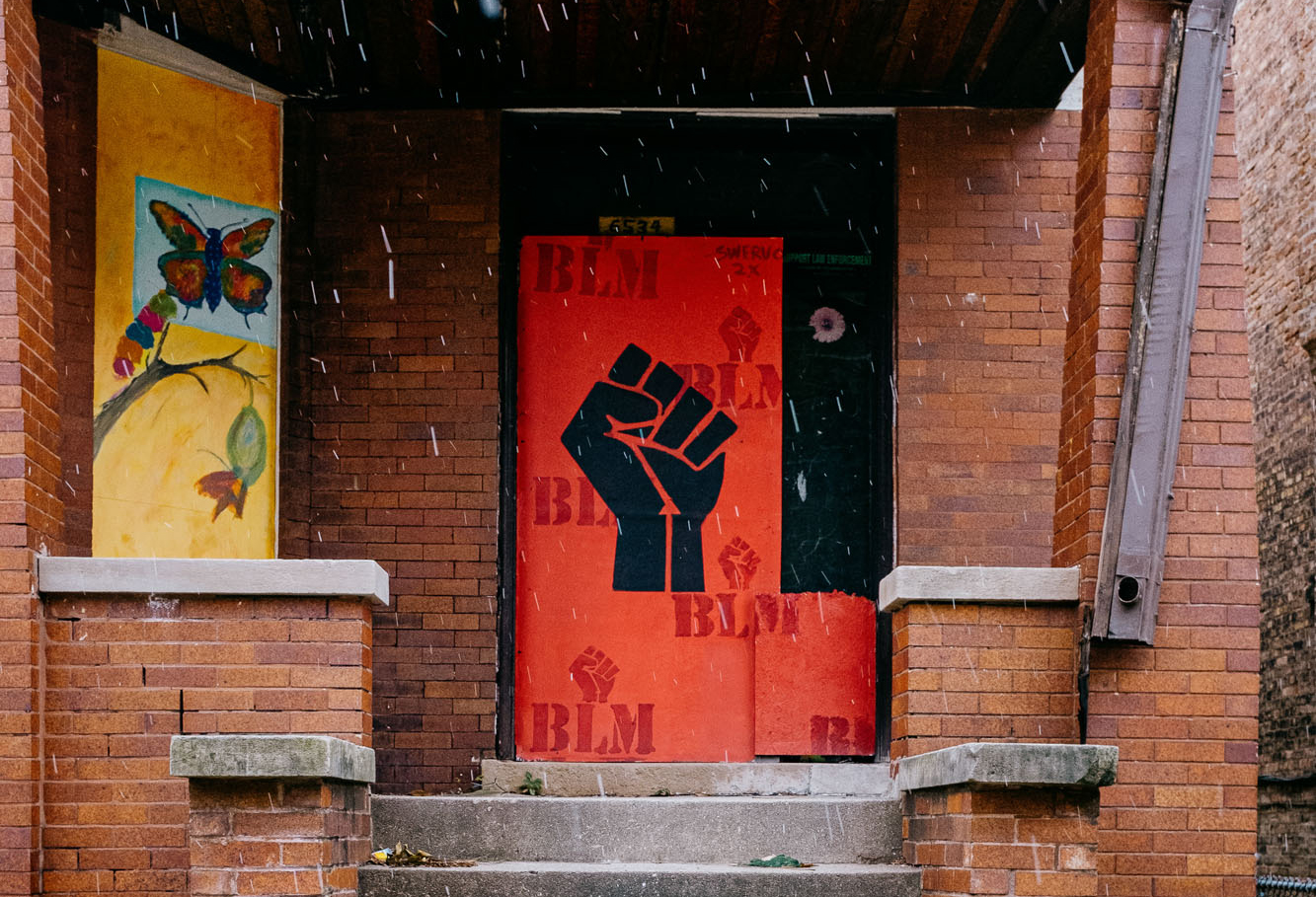 It’s important to remember that Black Chicago is present. We are not erased. Our population is significant and bigger than the size of most American cities. Our legacy as the political and economic capital of Black America is not erased. We have institutions and grassroots movements, artists and developers, creativity and ingenuity. I am a native daughter, and I am a journalist, and I have chosen to stay. I occasionally lament when I hear my peers trash the city because I feel we collectively accept the narrative of Chicago being awful and unlivable.

I’m over Chicago, they say, whereas I’m Chicago Over Everything. 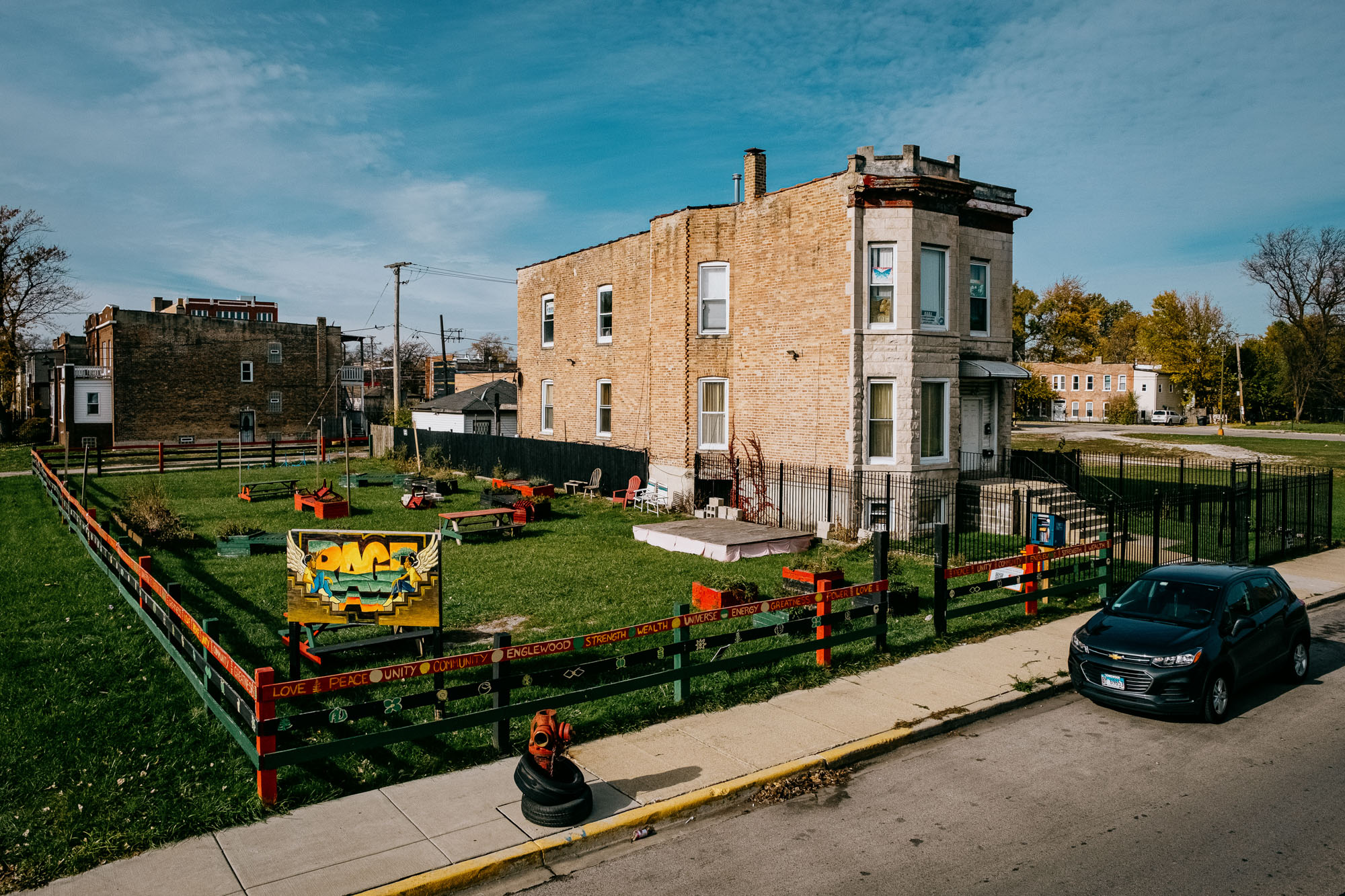