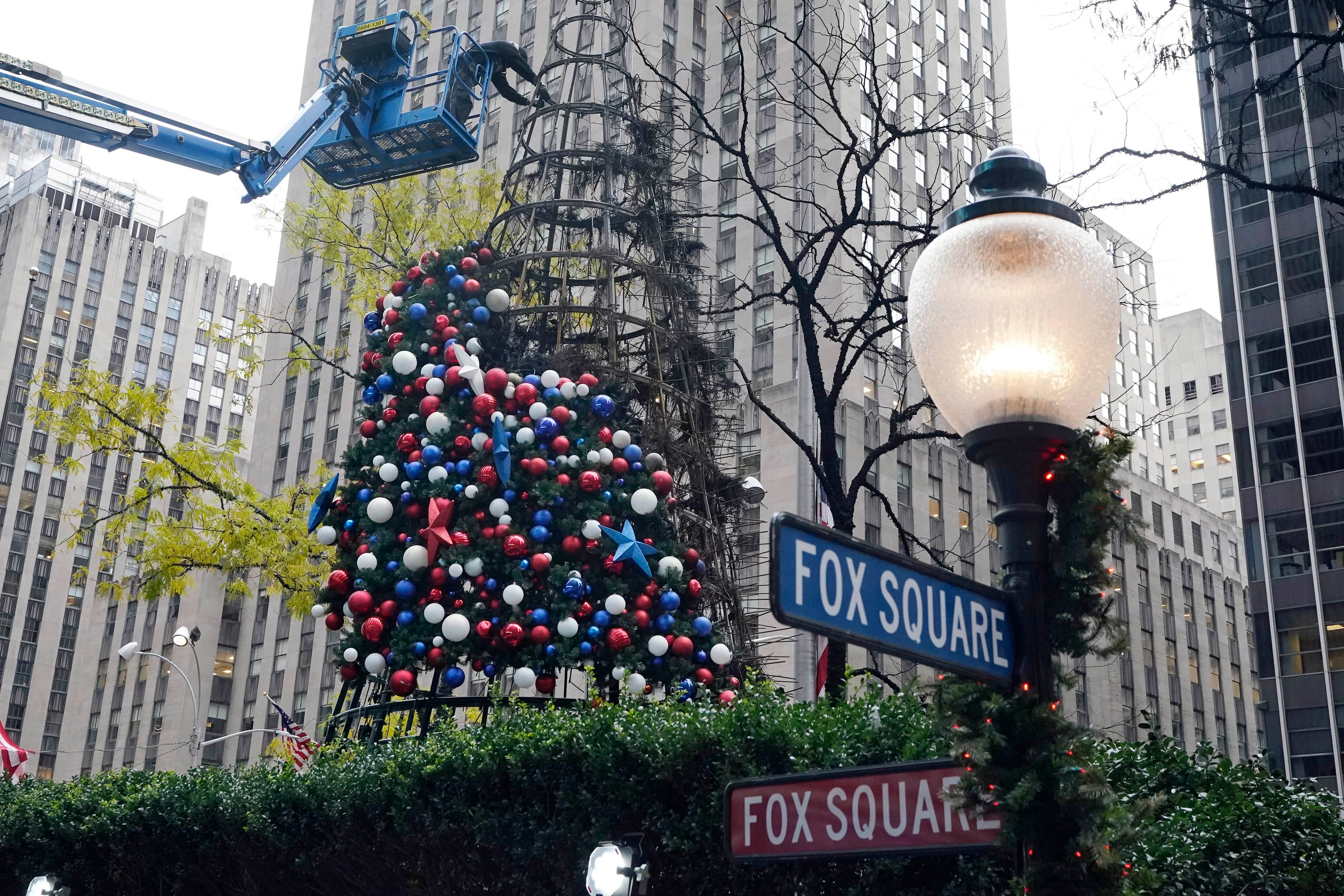 Last week, a random New York City man made his mark on history by allegedly setting ablaze the 50-foot USA-themed Christmas tree outside the Fox News Channel’s headquarters. The fire was almost certainly not a political statement, having been set by a homeless man who recently exposed himself to reporters covering a trial elsewhere. But the rogue arsonist played a perfect part in a narrative that Fox largely invented, and has propagated relentlessly over the past two decades: the “War on Christmas,” a never-ending cultural conflict during which traditional, explicitly Christian celebrations of the holiday season are under assault from the sinister forces of secular pluralism.

Tucker Carlson declared the fire a “hate crime.” Correspondent Peter Doocy quizzed White House press secretary Jen Psaki on the subject during a press briefing. It wasn’t just an attack on an “American icon,” to quote “Fox & Friends” host Ainsley Earhardt; it was direct evidence of a deeper rot in liberal governance. In Joe Biden’s America, to hear Fox tell it, not even our most anodyne and sentimental traditions are safe from rising crime in blue cities and states governed by bail-happy progressives.

You’d be forgiven for thinking the War on Christmas ended a long time ago, if it ever existed. Dec. 25 is still a holiday. Christmas trees, eggnog and lights are ubiquitous, seemingly more so every year. And if there was any doubt, Donald Trump — who proclaimed himself the war’s General Patton during the 2016 presidential campaign — took a victory lap of sorts on a recent Mike Huckabee-hosted Newsmax Christmas special: “When I started campaigning, I said, ‘You’re going to say “Merry Christmas” again,’ and now, people are saying it.”

And yet: According to a recent poll from Fairleigh Dickinson University, more Americans believe such a “War on Christmas” exists than at any point in the past decade.

It hasn’t just survived, it’s taken over. The “War on Christmas” has turned out to be simply a battle, a minor skirmish in a far larger war. Its hazily-defined, Bush-era complaint about encroaching liberal oppression and perfidy is now a part of our political landscape for good, coloring debates from criminal justice reform to election law to foreign policy. A conflict invented to fill right-wing cable airtime in the early 2000s has expanded to chase the endless boundaries of the social media era, subsuming the rest of the political landscape.

That era, which gave us the “endless” wars in Iraq and Afghanistan, also gave us one right here at home: the Forever War on Christmas, a never-ending battle of cultural grievance that rages across medium, ideology and subject matter alike. Unlike the real forever wars, this one doesn’t require regime change in Washington or elsewhere to officially end. But in keeping with the martial metaphor, an eventual treaty will require each and every American to do their part. 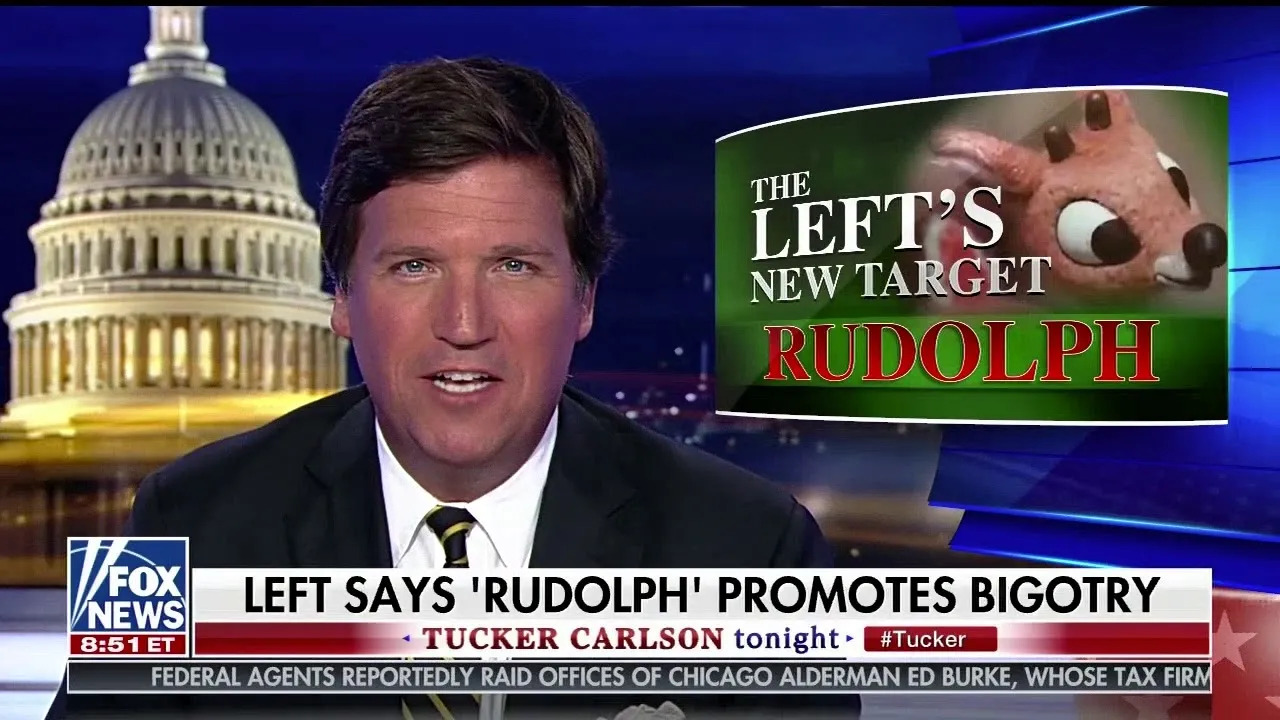 What that cessation of hostilities would even look like depends on where you stand. Fortunately for those who benefit from the grievance-industrial complex, there’s a robust media infrastructure in place to ensure neither side achieves complete satisfaction.

Despite its modern culture-war flavor and obsession with a muscular cultural Christianity, the original “War on Christmas” was very much a creature of its time. In the early, heady post-9/11 years, with the wars in Afghanistan and Iraq in full swing, Americans were fixated on defending their “freedom” from forces both foreign and domestic. Leading that charge was Fox stalwart Bill O’Reilly, the most popular primetime cable host in the country.

In 2004 O’Reilly devoted a segment of his blockbuster weeknight program to “Christmas Under Siege.” Complaining of blue cities’ and big corporations’ shifts to non-denominational signage like “Happy Holidays,” he offered a laundry list of horrors (gay marriage, legalized drugs, taxes) and warned: “if the secularists can destroy religion in the public arena, the brave new progressive world is a possibility.”

With the benefit of hindsight, one can acknowledge a kernel of truth in O’Reilly’s agitprop. There is not, and there never has been, a widespread campaign to harass, exclude, or persecute anyone who dares to wish a stranger a “Merry Christmas,” as the Christmas warriors would have it. But American culture has become undeniably more secular with each passing decade, as both public polling and a simple glance at the culture bear out. His side lost ground on many of those issues, although it’s hard to see what the holidays had to do with it.

The America of 2021 is very different from the America of 2004, but belief in the “War on Christmas” has become a constant. It’s inspired a book by Fox radio host John Gibson, and boycotts of retailers like Target and The Gap for an imagined ban on the phrase “Merry Christmas” and a perceived lack of piety toward the holiday in their ads, respectively. There’s even a microgenre of Christian message films protesting the holiday’s secularization.

The empty symbolism made it a perfect issue for candidate Trump, an entirely non-religious celebrity who both needed the support of the Christian right and had a talent for pumping fringe theories into the mainstream.

During the 2015 holiday season, Starbucks’ vice president declared, with a self-congratulatory, corporate flourish, that the chain “wanted to usher in the holidays with a purity of design that welcomes all of our stories,” trading explicitly Christmas-themed cups for more generically secular holiday designs. A viral Facebook post accused Starbucks of “hat[ing] Jesus.” Trump, who polarized nearly everything he touched, used his growing media profile to float a boycott. 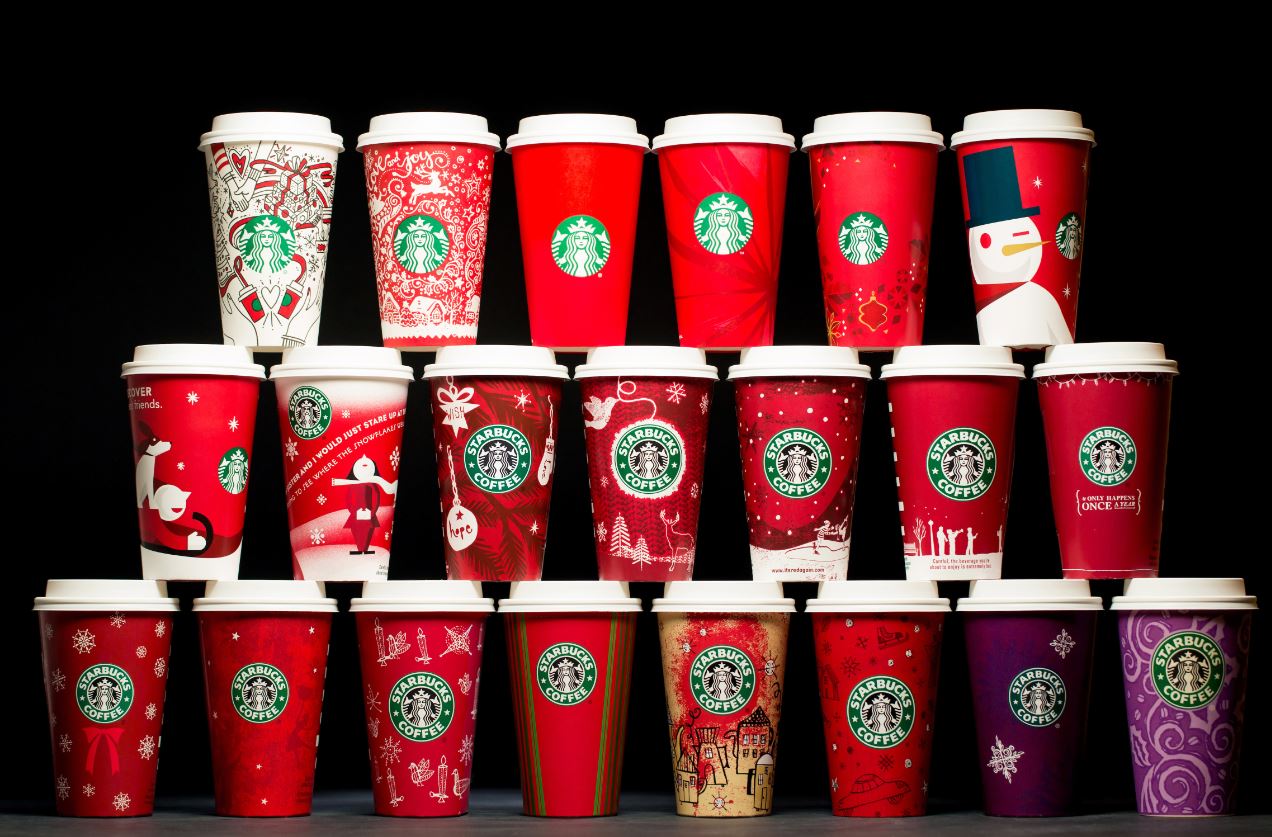 The cumulative effect of all of this has been to turn the phrase “Merry Christmas,” once a completely anodyne, gauzy expression of goodwill and cheer, into a pointed political statement. Which is appropriate, if profoundly depressing, given that everything in 2021 feels like — or is expected to be — a “political statement.”

Liberals can make a persuasive case that the concept of the “War on Christmas” reflects an effort by activist Christians to retain their cultural supremacy over religious undesirables and heretics. Conservatives can make their own, that the holiday’s relentless commercialization in the public sphere is inherently a form of cultural warfare against Christians. Ultimately, both arguments are based on the same premise: that one group asserting itself inherently negates the other. “On Earth peace, goodwill toward men” doesn’t really enter into it.

The Bush era offers a useful way to think about why forever wars drag on. With Afghanistan and Iraq, there existed a vast, ambiguously defined military-industrial bureaucracy that enriched itself immensely amid otherwise disastrous conflicts. The Forever War on Christmas, then, has its own political-grievance complex: It’s endlessly useful to politicians who invent “anti-Christian” policies that don’t exist to rile up their base. And corporations have an obvious interest in making the holidays more garishly commercial each year, providing easy fuel for Christians who resent a profit machine that trivializes a sacred season.

To decry the war’s expansion and seeming permanence is not exactly a cheery Christmas message. But it’s worth considering yet another actual war in understanding those phenomena: World War I, and the remarkable 1914 Christmas Day spectacle of tens of thousands of European troops engaged in hateful, grinding trench warfare pausing for a day to carol and feast together. Such grandly romantic images are few and far between in the digital age. So to stretch an already-hyperbolic metaphor to its breaking point, it’s possible we could attempt the modern equivalent of such a truce, which would be quite simple: Log off.

Like several other equally intractable wars, the War on Christmas is ultimately an expression of discomfort at having to share the country and the public sphere with people who aren’t like us, fanned by public actors with a material interest in keeping it alive. Unlike many of those wars, though, we have a simple choice to make in whether we participate and keep it alive.

It’s a sign of how far humanity has come that even a light comparison can be made between a Great War phenomenon and the idea of turning off one’s phone, or Fox News or MSNBC, or logging off Twitter for the day. So, to fit just one more instance of sloganeering into the framework of the season: Do your part this Christmas to End This War. Lay down your arms, if just for a day, and step away from the feed. The outrage, grievance, and righteous persecution will all still be there, in abundance, when you return, just as will the overpowering, myriad reasons for and temptations toward them in the first place.

In the spirit of the season, there’s a legitimate reason to hope — that in contrast with just a brief period of armistice, approached with attention and an open heart, those temptations might seem a little bit less appealing when you return.