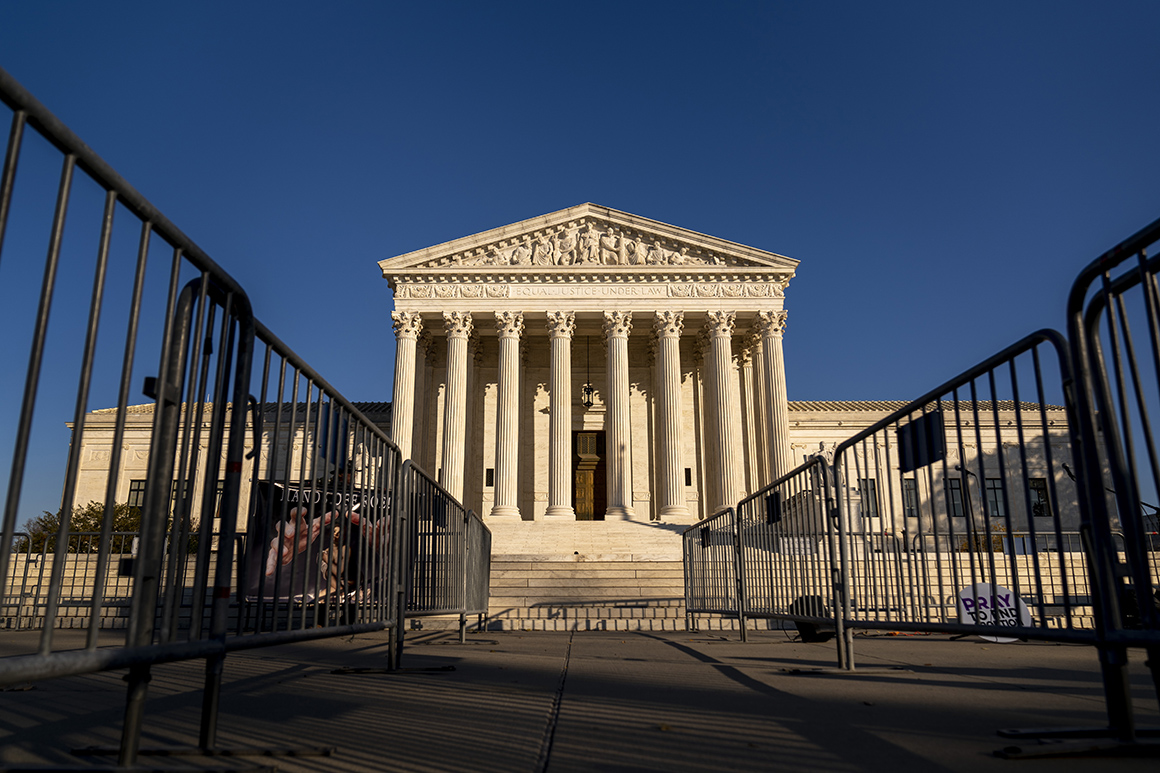 On Wednesday, the Supreme Court will hear oral argument in what many view as the most significant abortion case in nearly half a century. Dobbs v. Jackson Women’s Health Organization involves a Mississippi law banning abortion at 15 weeks, the point at which the state claims that fetal pain is possible. From a legal perspective, the most significant part of the Mississippi law is that it bans abortion — with a few narrow exceptions, such as medical emergencies or severe fetal abnormalities — before viability, the point at which survival outside the womb is possible and which usually occurs sometime between 21 and 24 weeks.

The concept of viability is a crucial part of abortion rights in the United States. Roe v. Wade and its successor case, Planned Parenthood of Southeastern Pennsylvania v. Casey, recognize the right to choose abortion until viability. That means to uphold Mississippi’s law, the court will have to either hold that there is no abortion right or rewrite what Roe v. Wade stands for, effectively removing any kind of barrier to how early a state may ban abortion.

The Supreme Court toyed with the idea of hearing the Dobbs case for months before it acted. Significantly, the court turned down some of the more incremental issues in the case in favor of the question at the center of the case: Can states ever ban abortion before viability?

Short of a massive surprise, Dobbs will likely overhaul abortion jurisprudence, scale back abortion rights and tee up a later decision in which the conservative majority will likely feel more emboldened to overturn Roe outright. Six of the justices have been selected partly because they favor limiting abortion; there is no reason to think the court’s conservative supermajority will fail to deliver. Court watchers will mostly be looking out to see how bad the damage will be for the pro-choice side now, and how quickly the end for abortion rights could come.

What are the possible outcomes?

Mississippi, together with antiabortion groups, hopes that the court will clearly repudiate Roe and Casey. That certainly is a possibility. The justices did not need to confront the abortion issue now, much less address a case that would require them to transform or jettison Roe. The court’s eagerness to take Dobbs might signal that the justices are ready to move quickly to dismantle Roe. But some of the justices seem worried about the court being seen as partisan if they move too quickly, especially after former President Donald Trump promised that his nominees would deliver a decision reversing Roe. Some of the court’s conservatives might want to unravel the right to abortion over the course of several decisions — and to appear to be taking the issue seriously before eliminating abortion rights altogether.

Some antiabortion briefs in the Dobbs case have gone even further and asked the court to identify a fetus as a rights-holding person under the 14th Amendment. That would make abortion unconstitutional everywhere. The justices aren’t likely to go for that, at least not in this case. If some of the justices are worried about appearing partisan, they will hardly be eager to hand down a decision criminalizing abortion in states like New York or California, especially right away.

More likely, if the justices reverse Roe, would be a holding that the original public meaning of the 14th Amendment has nothing to do with abortion, especially since many states had criminalized the procedure (with almost no exceptions) in the later 19th century.

What if the court gets rid of viability but does not spell out that Roe is overruled? There is no way to uphold Mississippi’s law without overruling part of Roe, but the court could try to issue a narrower ruling. Viability has received criticism from past Supreme Court justices and bioethicists. The court could proclaim that viability is not part of Roe’s “essential holding.” The courts have all acted under the assumption that pre-viability bans are always unconstitutional. If the court changes the rules, the justices could send Mississippi’s case back to the trial court for a second look.

Less likely, the court could uphold Mississippi’s law because it’s not unduly burdensome — the standard that applies to abortion regulations under current law. The majority could stress that few abortions happen after 15 weeks, especially for reasons not captured in the state’s exceptions, and Jackson Women’s Health Organization, the only provider in the state, only offers abortions until 16 weeks in any case. This seems to be more of a remote possibility because the court may want to openly reject Roe in a later case, even if not in Dobbs. The court’s conservative majority is not likely to want to clarify and inadvertently strengthen the idea of an undue burden if the plan is to get rid of it a year or two down the road.

What should worry liberals

There is no good outcome for liberals in Dobbs unless the court shocks observers, strikes down Mississippi’s law, and reaffirms the basic principles of Roe and Casey. This doesn’t look likely — the conservative justices outnumber their liberal colleagues six to three. The court has also allowed a Texas law functionally banning abortion at six weeks to stay in effect for months, and at least four justices wanted to take the Dobbs case, which suggests they want to rewrite or reverse Roe.

Liberals have tried to argue that the court will not be able to save anything of Roe and preserve Mississippi’s law at the same time. Technically, that’s not true; the court could try to preserve the idea of an abortion right while striking down the viability standard. Liberals don’t want to see that happen, though, because such a decision would gut abortion rights while also muddying the public perception of the status of abortion rights. If Roe is still alive, even in name only, it’s more difficult to use the issue as a galvanizing force for Democrats in 2022 and 2024.

That means liberals may be most upset if the court tries to eliminate viability without being clear about the ultimate fate of abortion rights. If Chief Justice John Roberts, who has voted with his more liberal colleagues in a recent abortion case, seems skeptical about the viability line, liberals will know that the oral argument is not going well.

Liberals should also keep a close eye on Justice Brett Kavanaugh. Will Kavanaugh zero in on the supposed problems with viability, or will he instead ask questions about stare decisis, the rules that govern when the court overrules past precedent?

Liberals should worry if Kavanaugh asks whether Roe has been socially destructive, or whether anyone can reasonably rely on Roe given that states oppose it and justices have expressed doubts about it. These words can be code for a willingness to revisit and ultimately set aside the basic idea of an abortion right. Liberals should especially worry if he asks whether Roe is unworkable because it is unsettled and has failed to resolve the abortion conflict — a potential basis for setting aside past precedent — and one on which antiabortion attorneys have relied.

Liberals will ask the same questions about Amy Coney Barrett. It will be a bad morning for them if Barrett seems convinced that viability is the wrong line to draw. And liberals may be uneasy if any of the justices express openness to the idea of fetal personhood — which may lead to a later ruling making abortion illegal everywhere.

What should worry conservatives

Conservatives, too, want the court to repudiate Roe outright — and immediately. Their concern is that if the court essentially pretends to preserve Roe, by striking down a key part but upholding the ruling overall, the composition of the court could change again, and more liberal justices could then resurrect a zombie Roe to strike down abortion regulations. That means that conservatives will worry if the court seems inclined to get rid of viability and stop there.

Conservatives should also keep an eye on how Justices Barrett and Kavanaugh respond to the chief justice’s questions. In recent decisions, Roberts has not cast the deciding vote, but he has sometimes been able to engineer majorities for his preferred outcome. Conservatives will not be happy if Kavanaugh and Barrett seem to be following Roberts’ lead, especially if that means expressing concern about respect for precedent.

Conservatives should not worry much that this particular group of justices will embrace abortion rights. Instead, they should worry if the justices — and especially Barrett and Kavanaugh — ask questions that suggest that they have little wiggle room when it comes to picking apart past decisions. This court has a conservative supermajority, but concerns about the court’s image and legacy may weigh heavily on the trio of conservative justices who have often dictated the result of recent cases. Conservatives should not be happy if those justices seem worried about undoing precedent when it comes to Roe.