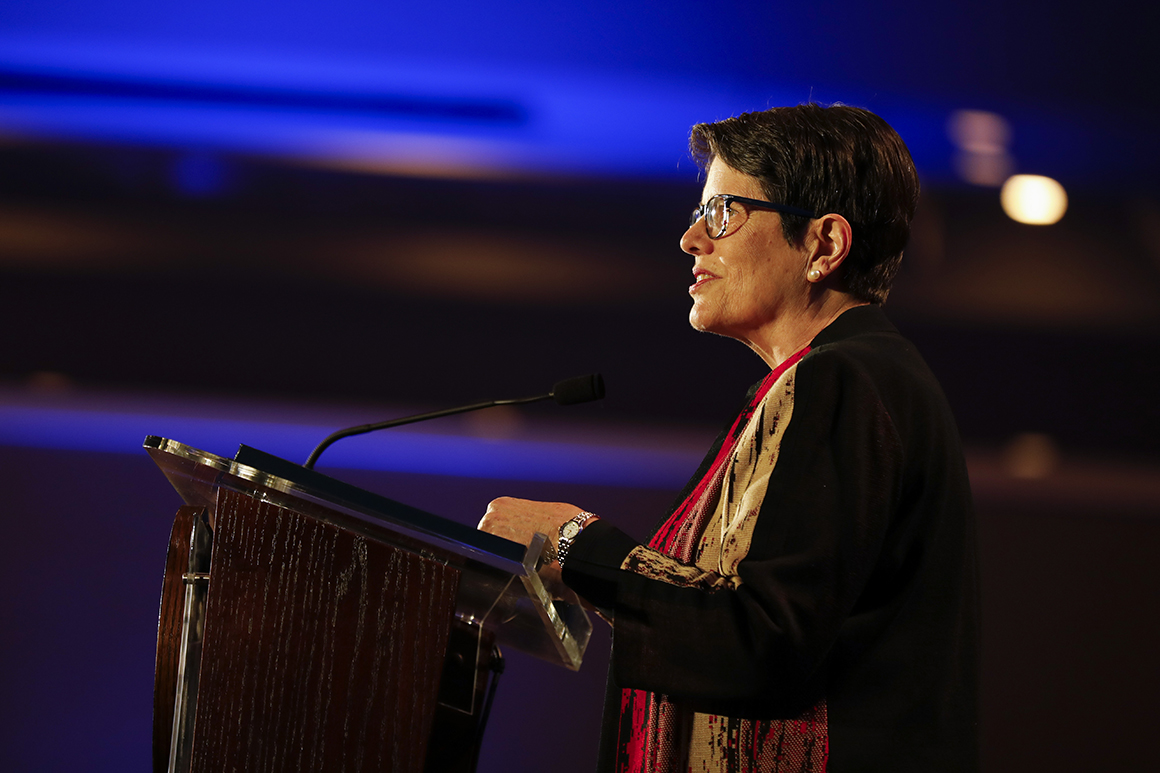 LEXINGTON, Ky. — Mayor Linda Gorton has been in politics long enough to know how to dodge a reporter’s question. Asked three times if she voted for Donald Trump, Gorton responded with a smile.

There’s a reason. She’s a dyed-in-the-wool nonpartisan, despite being a registered Republican.

“I don’t talk about who I voted for in anything, really,” the first-term mayor said in an interview in her downtown Lexington office, located in a city government building that was once a historic hotel. “For 16 years, I served on the council and was vice mayor for four years. And people never knew how I was registered. I have never been involved in partisan politics.”

Gorton’s husband, Charlie, has told her to get over it. “He says, ‘Linda, if you’re an elected official, you’re a politician.’ But I do not see myself in partisan terms — ever.”

In an age of hyperpartisanship, where a Republican vs. Democrat mentality seems to infect every corner of American government, Gorton is an anomaly. A registered nurse, she cringes at the factional politics that is spreading out of Washington. Her own state has seen its Democratic governor hamstrung in issuing Covid mandates as he battled a Republican supermajority in the state Legislature. And Kentucky’s senior senator, Mitch McConnell, once called himself “a proud guardian of gridlock.” 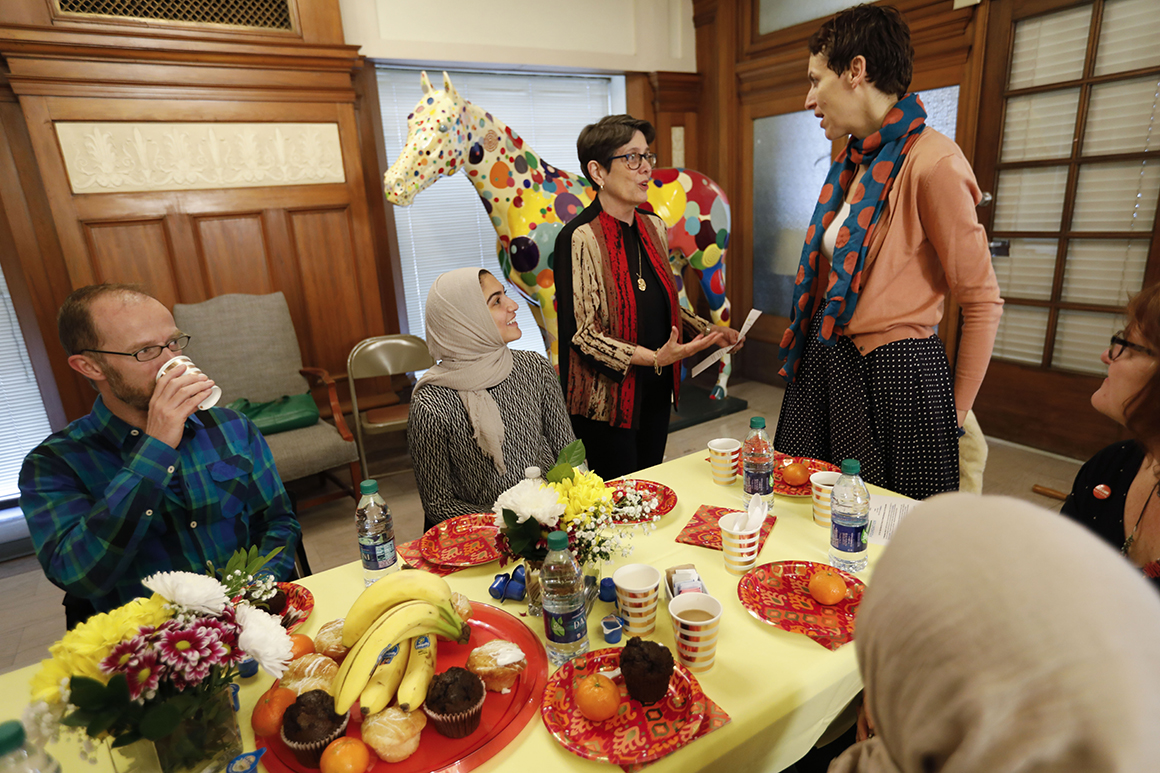 The Lexington mayor isn’t the only one in town with purist ideals about nonpartisan politics. Gorton was elected in 2018 after her opponent, a former Lexington police chief and public safety commissioner, sent mailers to voters boasting he was “the only Democrat running for mayor.”

But the mailer, which also highlighted Gorton’s “Republican roots,” backfired. It “angered” voters, says Gorton, who won the race handily and is making plans for a reelection bid next year.

During a recent afternoon, Gorton talked about how she has navigated the pandemic, faced a racial reckoning after the deaths of George Floyd in Minneapolis and Breonna Taylor in nearby Louisville, and juggled development of a midsize city surrounded by agriculture.

This transcript has been edited for length and clarity.

As a registered nurse, you were putting hand sanitizer on conference room tables before people were even talking about Covid-19. How did your background help you manage the pandemic?

I knew what scientific data was saying about the spread. There were people who thought I was doing things too early. But in this case, there isn’t ever “a too early.” I knew the question wasn’t going to be, “Will we be immune to a pandemic.” It had already hit China and the West Coast. It was coming. And so you take all those things into account and you say what can we do next to do the best we can do for our people here. And so we did that.

Before our first case, I closed our senior center. Our senior citizens center is where hundreds of seniors gather. It’s a daytime center that’s fairly new, and it’s popular. … We also closed our jail to visitors. We didn’t want that population getting an immediate spread because it was still open. And we closed nursing homes after the governor made his executive order.

… This is kind of corny, but I saw the city as a large patient. There were signs of wellness and signs of things that weren’t so well during the pandemic, and we had to shift around. The team was everything. It’s the same way with health care.

Has enforcing the mask mandate been difficult, and how did you manage the needs of your residents here vs. what the governor was mandating?

We’re a midsize city, a city of 325,000 people, and so my priorities became keeping people safe and healthy first, keeping the general basic services operating — making sure garbage got picked up, the streetlights worked, the potholes got filled, that sort of thing. We had all the basic services that we had to keep churning out and we knew we’d have to layer on top of that all the things needed to be done for the pandemic.

… There was pushback, mostly from the late-night bar crowd, younger people who thought they were invincible and didn’t think it would affect them. There was a lot of coordination and a lot of gray area of how far we are willing to go in a staring contest. In the end, the pushback was sort of tamped down, helped by businesses starting their own mask requirements. 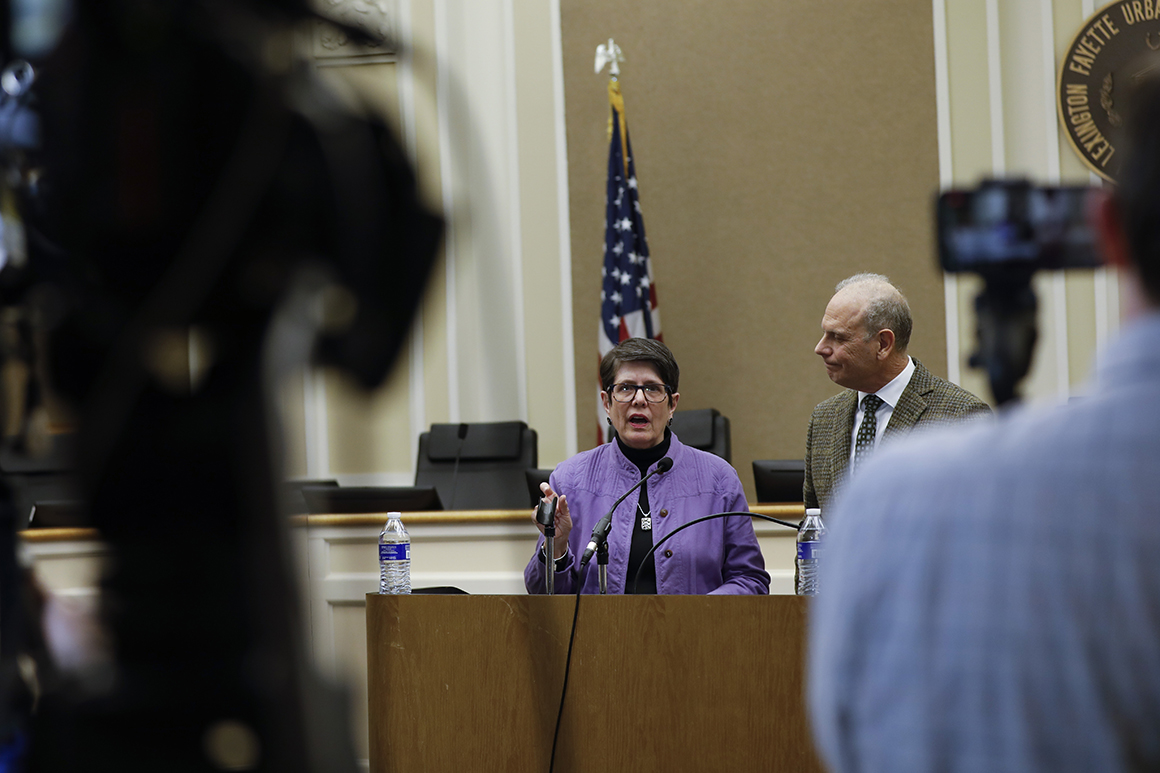 The city’s vaccination rate is 72 percent and at least 60 percent are fully vaccinated. How have you achieved that?

We are a highly educated city. I think 42 percent of our population has a bachelor’s degree. And it helps that the University of Kentucky HealthCare is a huge health care hub for all of western Kentucky. They set up a vaccine clinic and they vaccinated 250,000 people.

We also went door to door canvassing in the areas where we had a lot of non-English speakers, mostly Spanish speakers. We were going to areas that had low vaccine numbers. Before that we had set up a neighborhood Covid clinic testing model that got the attention of the White House.

At the height of the pandemic, Lexington, like cities across the country, was dealing with racial unrest in the wake of George Floyd’s murder, and you were seeing that compounded with the death of Breonna Taylor. How did your administration handle it?

For me, it was a defining moment. We had 59 straight days of protests. On a couple nights we had up to a thousand people on the streets. It was a lot of young people. But there were others who joined in. Black people. White people. Ministers. … There were two protests at my house. That just ramped it up for me because that is getting more personal. One of those protests was in the daytime. One was at night. They blocked my driveway. And — I didn’t engage the protesters at my house. But I marched with them through town a few times.

The protests were difficult because I think it’s a little bit of an uncertainty of what will happen. Will they become violent? Will we have places burning? Will we have what other cities saw? That was a little unsettling. We saw our police force — who are highly trained professionals, who are community policing oriented — we saw them endure some really hateful stuff. Violent crime increased here just as it did across the country. … They were working in 98 degree heat. Night after night, people in your face screaming. We worried that one slip-up and everything we were trying to achieve could break down.

The protesters’ concerns centered on police accountability and ending systemic racism. How has that played out?

Something really good happened from our protests. For me, it was as clear as day — a cry for help. I established my commission on Racial Justice and Equality and they went to work. It was 70 residents of Fayette county, mostly African American and looking at issues such as health care, health disparities, education and law enforcement, that’s the big one. They worked all summer long until October and they issued a report with 54 recommendations.

It’s never been done here to that extent and to that level of seriousness. People thought I’d put it on the shelf. But we tackled about half of the recommendations right off the bat. And we’ve created a position in our office to oversee it. It’s also what most cities would recognize as an equity officer. We haven’t had one here before.

[Addressing law enforcement issues] was the hardest. We have outfitted every one of our officers with a body-cam. And we went a step further and got one that automatically turns on when an officer reaches out and pulls out their taser or weapon. So they don’t have to make that split-second decision about getting the body-cam camera going or pull out my gun first. They don’t have to worry about it. When they pull their taser or firearm, it starts.

We’re POLITICO so of course we want to know your take on politics, and you have an interesting story there. You are a Republican, but you’re pretty moderate on social issues. How do you describe yourself?

I am a registered Republican.

Did you vote for Trump?

I have voted for both Democrats and Republicans.

But did you vote for Trump?

I don’t talk about who I voted for in anything, really. And I don’t endorse candidates because I am a nonpartisan. For 16 years, I served on the council and was vice mayor for four years. And people never knew how I was registered. I have never been involved in partisan politics. And I have had a discussion with my husband about being a public servant and not a politician because it has a bad connotation. And, of course, he told me to get over it. He says, “Linda, you’re an elected official so you’re a politician.” But I do not see myself in partisan terms — ever.

My focus is not on who I voted for last year. This is local government. We operate where the rubber meets the road. Sewers and potholes and roads and garbage and public safety aren’t Democratic or Republican. Yesterday, I was out on a street corner negotiating curbside with our electric utility to get it to stop clear-cutting trees under transmission lines in our neighborhoods. The neighbors didn’t care about my politics. They cared about my commitment to helping them protect their neighborhood and their trees. 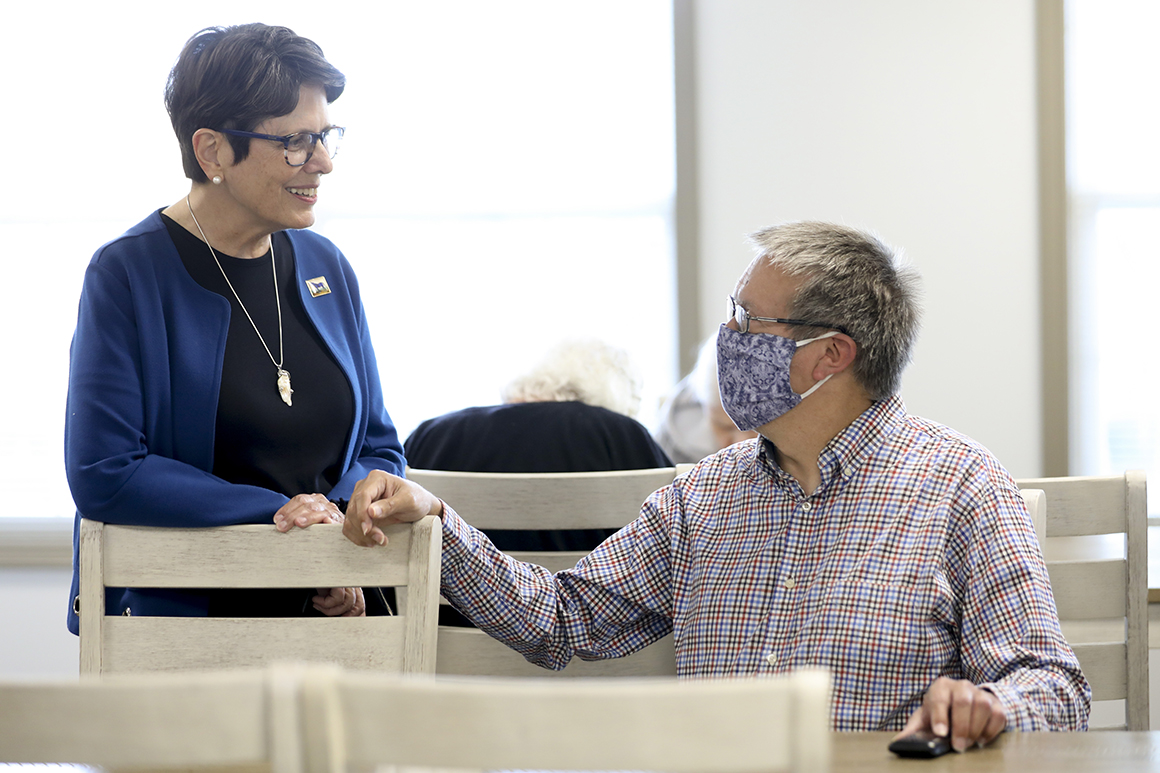 You advocated for a few development projects while you served on the City Council, but you haven’t pushed for a big project since you became mayor, often citing Lexington’s growth boundary (which keeps construction within the business district and out of agriculture country). Can you talk about that?

I think the development community sees green space and thinks that’s easier and less expensive to develop than coming inside for development and redevelopment. And a lot of people over the years … look outside our boundary and say, “It’s pretty green space.” But it’s working farms. It has a huge economic impact. So I’m a proponent of planned, intentional growth. I’m not anti-growth. I’m not pro-growth. I’m for intentional planned growth.

The cities that have out of control growth are having difficulty keeping up with the infrastructure: the roads, the sewers, storm drains. And you see public safety numbers up for police. Cities can’t stop growing because that leads to its own problems.

What’s your advice to new mayors?

Build relationships. Before the pandemic, I was serving on a 17-county Bluegrass Development District. Relationships with different cities and counties have sometimes been acrimonious, contentious, because we’re seen as the biggest player.

So I started reaching out to the county executives, meeting them for coffee, getting to know them and talking about our common challenges. It’s hard work. It’s easier to not worry about that.

… But when the pandemic hit, I could pick up a phone and call Franklin County and say, “Are you hearing this? What are you doing about that? What are you closing down?” We had lots of conversations about vaccines. It really paid off. You can’t just make the relationship when there’s a problem. It’s like a neighborhood. Neighborhoods work best when the association is already formed, and the problem comes and they can work on it.