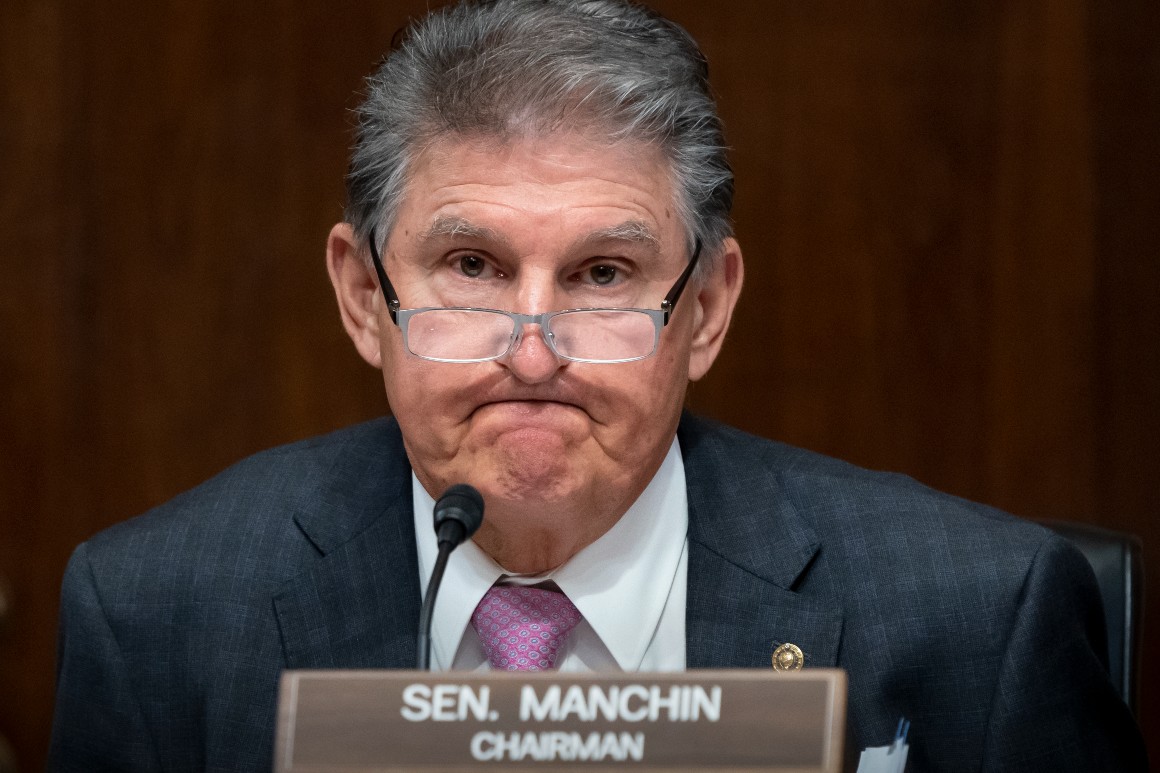 The West Virginia Democrat bluntly said he is a “no” on the $1.7 trillion in an interview on “Fox News Sunday.”

In announcing his opposition, Manchin raised the same concerns about the bill that he’s had all along: Inflation, rising debt and a mismatch between the package’s 10-year funding and its shorter-term programs. But until Sunday, Manchin had never taken a hard line on the legislation. In the past week, he’s spoken directly to Biden several times, with the president and other Democrats furiously lobbying him to support the bill.

With an evenly split Senate, Senate Majority Leader Chuck Schumer needs every Democrat to go along with the legislation, which only requires a simple majority vote. That dynamic gives Manchin enormous leverage over Biden’s agenda, allowing him to single-handedly sink a priority that Democrats have spent much of the year working on.

Manchin’s clear pronouncement that he opposes the legislation is a huge setback for Democrats, who tried to separate out Biden’s agenda into two bills to pass his jobs and families plan. Now, Manchin’s bipartisan infrastructure bill is law but the party-line effort to pour money into education, health care, climate change and reform taxes is dead in its current form.

The news is a validation of progressives’ fears, who believed passing that infrastructure bill was a mistake without an explicit guarantee from all 50 Democratic senators to support the rest of Biden’s agenda. Sen. Bernie Sanders (I-Vt.) said Sunday he “absolutely” wants to see a vote on the legislation.

If the bill ever comes to the floor, it won’t be for a few weeks. The Senate left town on Saturday morning for the holidays and won’t return until early January.

That means the Democrats’ expanded child tax credit will expire at the end of this month. Manchin disliked that the credit would only be extended by a year in the House-passed spending bill, even though most Democrats assume the party will keep trying to extend it permanently.