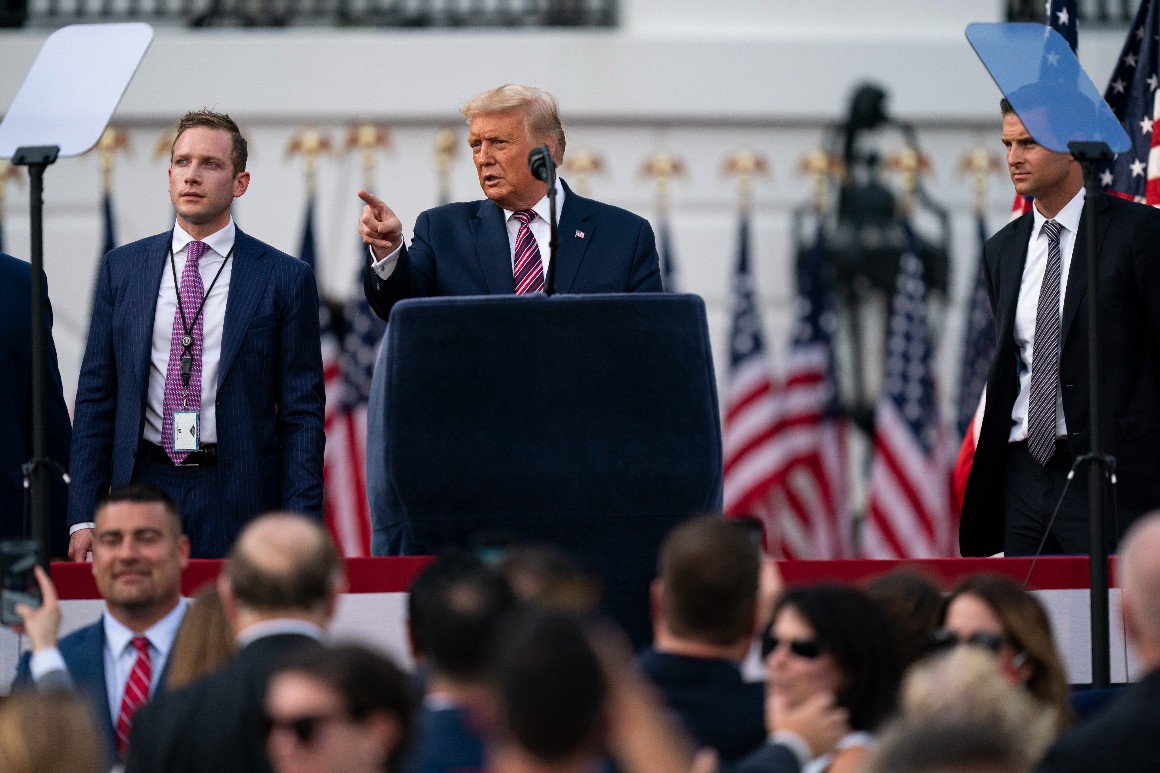 Congressional investigators have subpoenaed two associates of Donald Trump who they believe met with him in the president’s private dining room on Jan. 4 to discuss the speaker lineup at his Jan. 6 rally near the White House.

The subpoenas to Robert Peede, Jr. and Max Miller seek details of their knowledge of the Trump meeting as well as contacts with organizers of the rally that preceded the violent mob attack on the Capitol.

The congressional panel said it had documents and information showing Peede and Miller met with Trump in the dining room adjacent to the Oval Office on Jan. 4 to discuss the rally at the Ellipse. Miller, then an aide to Trump, is now a congressional candidate in Ohio.

The committee also subpoenaed Brian Jack, then the director of political affairs at the White House, who had reached out to at least one member of Congress — Rep. Mo Brooks (R-Ala.), to ask them to speak at the Ellipse on Jan.6.

The subpoenas were part of a batch of six that also includes Ed Martin, a prominent conservative activist who is representing at least two of the defendants charged with breaching the Capitol. Martin helped promote some pro-Trump Jan. 6 events.

The subpoenas seek documents by Dec. 23 and depositions between Jan. 4 and Jan. 10. It’s an indication that the investigation will continue at full speed in the new year, even as the panel prepares for a series of public hearings to present its findings sometime in the spring.

Chair Bennie Thompson described the subpoenas as directed at “individuals who were involved in or witnesses to the coordination and planning of the events leading up to the violent attack on our democracy on January 6th.”

The subpoenas also create a few complicated conflicts. Two of them are directed at active political adversaries of congressional Democrats. Miller is seeking to succeed Rep. Anthony Gonzalez (R-Ohio), who is retiring after facing headwinds for voting to impeach Donald Trump.

Miller appeared to have known about the subpoena a day before the committee issued its public statement on them. In a series of tweets posted Thursday afternoon, Miller said he would “accept service of this subpoena, but I will defend my rights just as I will defend the rights of my constituents when elected.” He pledged to vote to disband the panel if elected.

Jack works for the political arm of House GOP leader Kevin McCarthy, which is working to wrest the majority from Democrats and, specifically, to defeat two members of the Jan. 6 committee: Elaine Luria and Stephanie Murphy, who hail from swing districts in Virginia and Florida, respectively.

“Per my cell phone records, on Tuesday morning, January 5, I had a telephone call with Brian Jack, White House Political Director. He asked me to speak at the Trump rally the next day, Wednesday morning,” Brooks said. “I had never attended a Trump rally in my life but had seen many on TV, and thought it an honor for the White House to invite me to address Trump volunteers and supporters, so I readily agreed.”

At the time, a person familiar with the rally told POLITICO that Jack — a congressional liaison for Trump — had been asked by organizers to pass along an invitation to Brooks but otherwise had no role in organizing the event.

Martin, known for his work for Phyllis Schlafly’s Eagle Forum, recently signed on as an attorney for Jan. 6 defendants William Chrestman — believed by prosecutors to be affiliated with the Proud Boys — and Joseph Padilla.

The panel also sent a summons to Bryan Lewis, who had issued an application to the Capitol Police for a permit to hold a Jan. 6 demonstration about the electoral vote count.

Lastly, the panel subpoenaed Kimberly Fletcher, an activist with conservative group Moms for America, helped hold the Jan. 5 rally at Freedom Plaza and the Jan. 6 ellipse rally. The panel said it had documents showing her correspondence with Stop the Steal organizer Ali Alexander during the application process for another event around Jan. 6