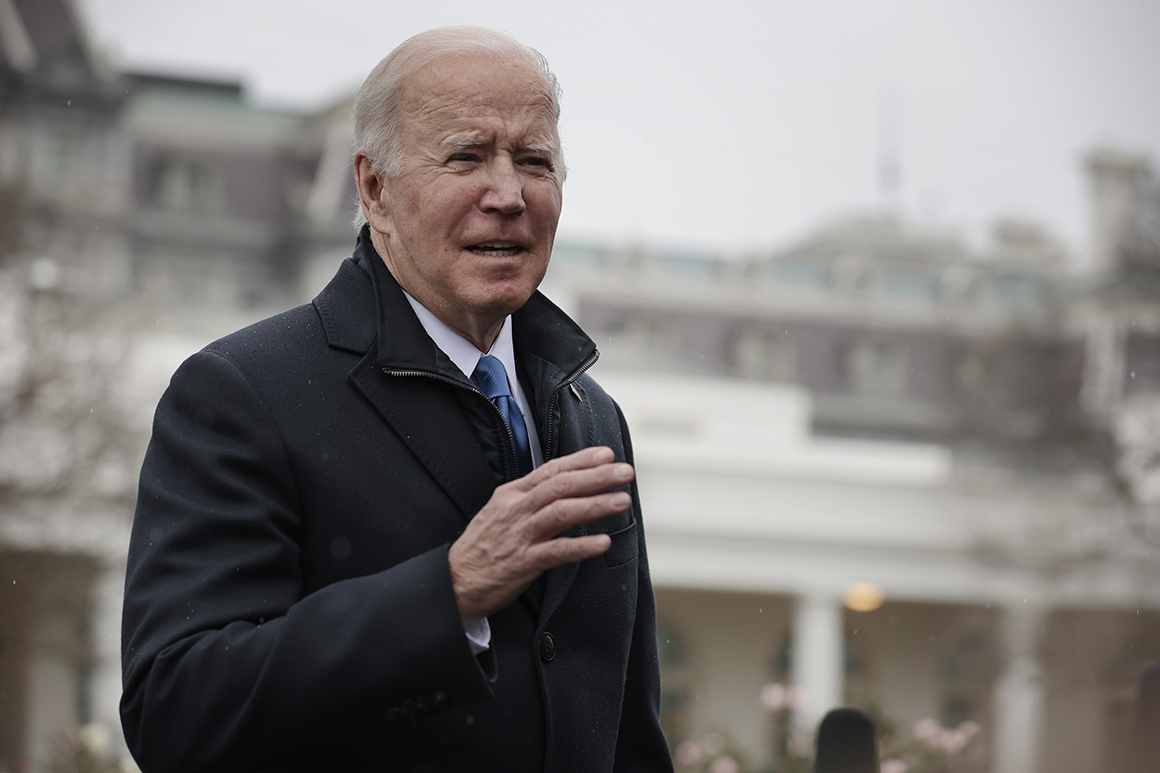 President Joe Biden wants to pivot U.S. foreign policy to the future but has not yet been able to shake the past.

Biden took office early this year promising a new era for the United States on the world stage, casting aside the tumultuous Trump years in favor of rebuilding alliances and, above all, proving that democracies could still deliver for their citizens and blunt the rise of global autocracies. His clear premise: That going forward, the United States’ foreign policy would be centered on competition with the world’s other superpower, China.

But the administration has had to contend with the world it inherited, a challenge underscored this week when it was forced to address saber-rattling by a longtime foe, Vladimir Putin. Putin’s emboldened aggression prompted Biden to stage a virtual meeting with his Russian counterpart in an effort to de-escalate the growing tensions at the Ukraine border.

Withdrawing troops from Afghanistan ended the nation’s longest war, one conducted by three U.S. presidents, but the military exit created harrowing images of violence and fear that shook the faith of allies and Americans alike in the administration’s competence. Efforts to restart the Iran nuclear deal, scuttled by Biden’s predecessor, are on the verge of collapse. And the emergence of a new Covid-19 variant that quickly raced around the globe underscored that the pandemic was as much of a national security crisis as a health one, restarting loud cries for the U.S. to step to the forefront in the effort to vaccinate the world.

“You can’t always get to determine what you focus on. You sometimes get to shape your agenda,” said Richard Haass, president of the Council on Foreign Relations, “but sometimes others get to shape it.”

The new president’s team has doggedly tried to push forth with its agenda: Biden has made a pair of trips to Europe to strengthen ties with allies and pledge cooperation to combat climate change. On Monday, the White House announced a diplomatic boycott of the upcoming Olympics as a protest to human rights abuses in China. And the president on Thursday launches a two-day Summit for Democracy meant to rally free nations, which has already drawn the ire of Beijing.

But privately, White House aides have portrayed 2021 as a “rebuilding year,” a moment to repair the damage caused by former President Donald Trump’s agenda which prioritized competition with allies and often turned a blind eye to power grabs by autocrats.

“National security challenges and crises are inevitable in every administration. It’s how you deal with them that matters,” National Security Council spokesperson Emily Horne said in a statement. “That’s why we’ve spent so much of this first year investing in our sources of strength at home, repairing and renewing our alliances, and putting diplomacy back at the core of our foreign policy.”

Biden was vice president when then-President Barack Obama’s administration looked to “pivot to Asia,” and while Biden’s White House has chosen different nomenclature, it’s clear that it also wants to prioritize economic and strategic competition with China. With the Trump administration often choosing to pull back from the world, Beijing stepped into the void, shoring up economic ties with Europe and throwing tens of billions of dollars at a massive infrastructure outreach program across Africa and Asia.

Since Biden’s election, China has only grown as a threat both economic — complaints about the nation’s trade and intellectual property practices are a rare bipartisan activity in Washington — and political, with Beijing ramping up pressure on Taiwan and virtually eliminating any vestiges of independent democracy in Hong Kong. And China refused to initially cooperate with international scientists at the outset of the pandemic and later stonewalled U.S. efforts to investigate the origin of the virus.

White House aides and allies, however, point to a growing rift between Europe and China as proof that Washington’s traditional alliances are healing.

“President Biden has made steady and substantial progress and has reversed a lot of the damage done by his predecessor,” said Sen. Chris Coons (D-Del.), who sits on the Foreign Relations Committee and is a close Biden ally. “And importantly, he has rallied our allies together — allies that China does not have — which is why I like our chances this century.”

But Biden has not fully been able to focus on China as he hoped. The pandemic has curtailed his plans to travel overseas regularly. A possible trip to Asia this fall was scrapped due to the rise of the Delta variant, although Secretary of State Antony Blinken and Secretary of Defense Lloyd Austin both traveled to Asia in the last month, and Vice President Kamala Harris did so over the summer.

Familiar rivals, Putin chief among them, have also returned once more as thorns in the United States’ side.

“President Biden came into office and the administration emphasized that finally the adults are in charge, but in geography after geography, we have seen nothing but challenges,” said Sen. Todd Young (R-Ind.), who sits on the Foreign Relations Committee. “He has not inspired much confidence in our allies.”

White House aides had hoped they could dispatch with Putin at a summer summit in Geneva, where Biden, in a marked break from his predecessor, made clear that military aggression and election interference would not be tolerated. But the Russian leader has shown no inclination to curtail the ransomware attacks that often originate from his nation’s soil and in recent weeks has mobilized a surge of troops to the border of Ukraine, sparking fears of an invasion.

Biden warned Putin in a virtual summit on Tuesday that an incursion into Ukraine would result in significant economic sanctions on Moscow but said that sending U.S. forces to the region was “not on the table.” The two nations appear to be at an impasse, with little sign that Putin will withdraw the forces, guaranteeing that tensions would remain high at the border and sparking fears that a conflict could erupt accidentally.

To this point, Western leaders have stood in lockstep with Biden in the standoff. But Biden must convince other European capitals uncertain whether to believe his declaration that the United States is once more a reliable partner. With Trump pondering another campaign, it is not yet clear which president is the aberration.

The conduct of the U.S. withdrawal from Afghanistan also strained traditional alliances in Europe.

Politicians in Britain, France and Germany all criticized the administration’s decision making and complained bitterly that they weren’t adequately consulted.

Biden’s decision to end the U.S. military presence by September, and his determination to stick to that timeline even after the country began to collapse, is reflective of the administration’s foreign policy mechanics, more broadly.

Ultimately, it comes down to Biden’s judgment. The president is supremely confident in his experience, after spending years traveling the globe while on the Senate Foreign Relations Committee and overseeing a vast foreign policy portfolio as vice president. He still carries himself like a senator, surrounded by staffers not prone to challenging the boss.

On Afghanistan, Biden maintained what he had been arguing for a decade: The war’s primary mission — to rout al Qaeda — had been achieved and it would be wrong to ask another American parent to lose a son or daughter to that war. He overruled the concerns of Blinken and Austin, both of whom had counseled a slower drawdown.

Still, Horne said the experience of Biden’s senior foreign policy staff, many of whom served in the Obama administration, remains a major asset for the White House. “We’ve built a battle-tested national security team that has dealt with these kinds of crises for many years,” she said. “That’s why, when challenges inevitably arise, the Biden Administration is prepared to handle them effectively while also moving forward an ambitious national security agenda that advances America’s interests and defends our values.”