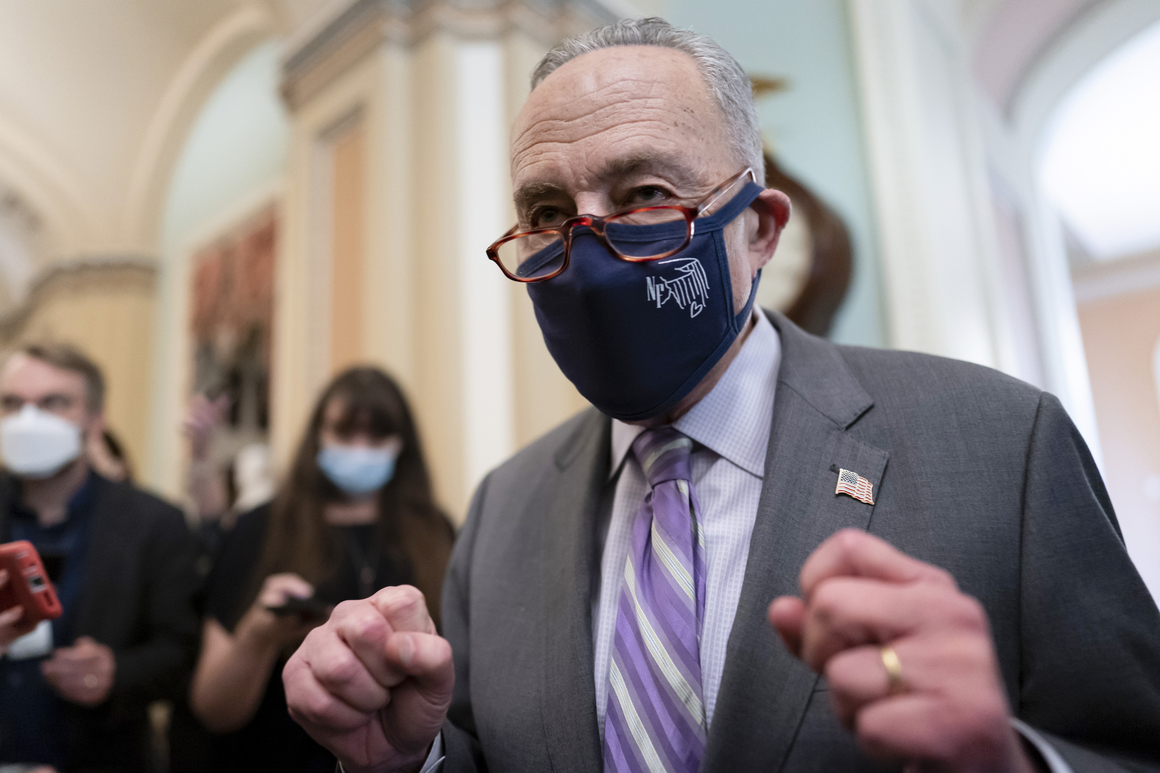 Senate Democrats convened virtually on the longest night of the year for the first time since Sen. Joe Manchin (D-W.Va.) said over the weekend that he could not support Biden’s $1.7 trillion climate and social policy plan in its current form. During the call, Schumer vowed to press ahead with the hope of eventually shaping a deal that all 50 members of the Democratic caucus can support.

“I know we are all frustrated at this outcome,” Schumer told his members, using the party’s acronym for the bill known as Build Back Better. “However, we are not giving up on BBB. Period. We won’t stop working on it until we pass a bill.”

Manchin also participated in the virtual caucus call and addressed members at the beginning of the discussion. In his remarks, the centrist reiterated that he’s held the same positions on the social spending package for five months and said he continues to have concerns about inflation, according to two people familiar with his remarks.

Manchin also called for a greater focus on tax rates, adding that the rich need to pay more in taxes, and said the Department of Veterans Affairs should negotiate drug pricing. Sam Runyon, a spokesperson for Manchin, said that he had “an honest conversation with his colleagues for whom he has a great deal of respect.”

Schumer told his members that the House-passed bill would be the vehicle for the Senate to begin debating changes to the legislation. He added that barring an agreement that unites the entire caucus, the Senate will vote next month on the upper chamber’s current version of the legislation.

In addition to discussing the next steps forward on Biden’s social spending bill, Schumer also said that if Republicans block elections reform legislation in January when given another chance to take up that legislation — which Manchin backs — the Senate will hold a vote on rules changes designed to weaken the filibuster.

“We must – for the sake of our democracy — make it so that the Senate can debate and reach final conclusion on voting rights legislation this Congress,” Schumer told his caucus. “And soon.”

It’s unlikely, however, that Manchin and Sen. Kyrsten Sinema (D-Ariz.) would support those changes as currently envisioned. Both are staunch defenders of the filibuster and have given no indication they would toss the Senate’s 60-vote threshold, despite their support for the broader voting bill.