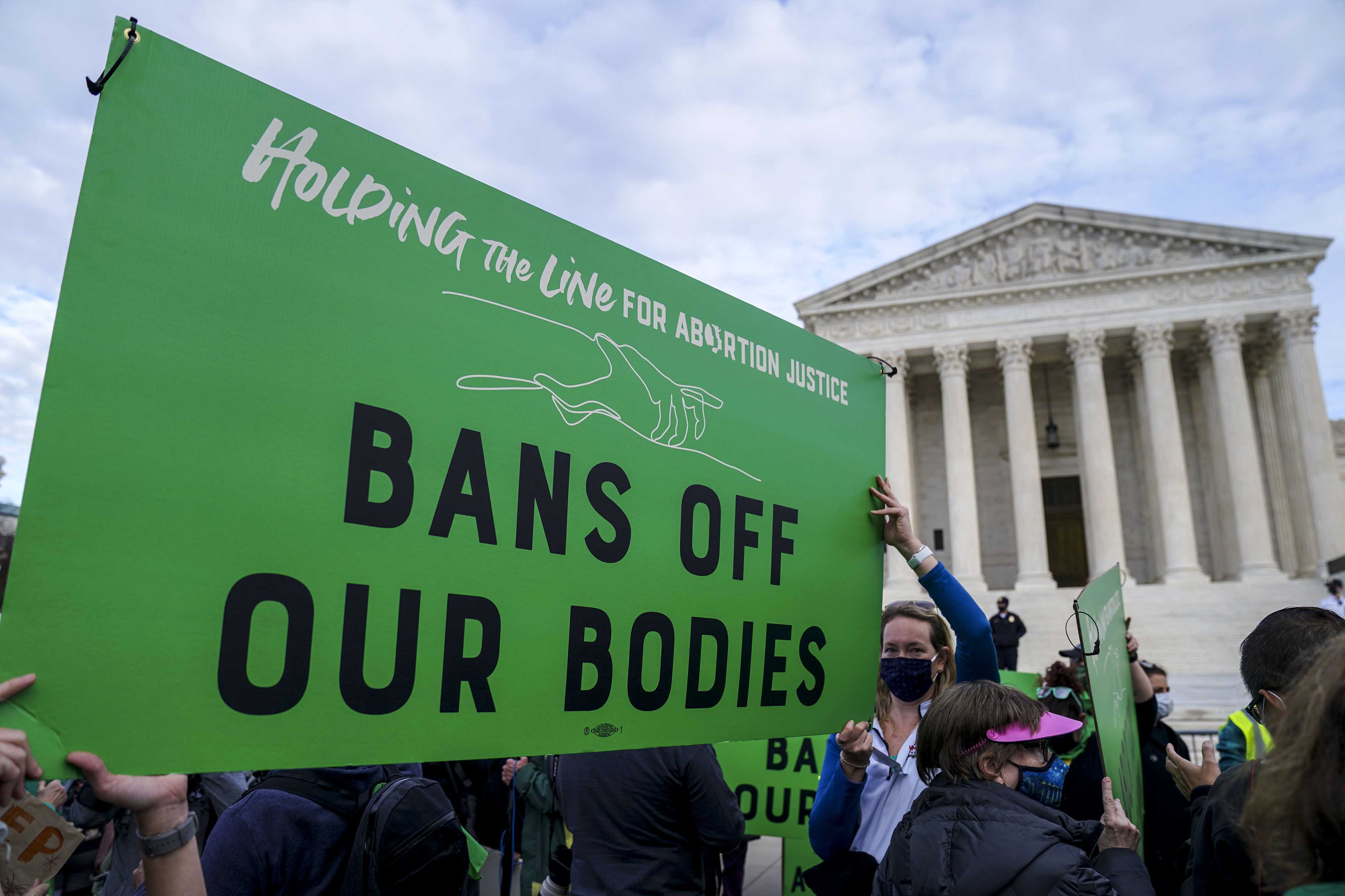 The Supreme Court again declined to block an unusual, privately-enforced Texas state law severely limiting abortions in a Friday ruling, though the high court’s majority said some challenges brought by clinics against the law could proceed.

While the court’s conservative majority slammed the door on several legal avenues abortion clinics and doctors sought to use to nullify the statute, the justices said state courts could act to block the law, and federal courts may be able to limit some fallout from the statute, like the threat to doctors’ licenses.

That opening may be enough to obtain definitive rulings on the constitutionality of the law in federal court and dissipate the chilling effect that has dramatically reduced the availability of abortion in the state over the past three months.

Whole Woman’s Health, which runs the clinics that spearheaded the lawsuit, called the decision a win “on very narrow grounds” in a statement Friday. Anti-abortion groups also claimed victory, pointing to the court’s decision to leave the ban in place for now.

Chief Justice John Roberts and the court’s three liberal justices partially dissented from the Friday decision, saying the high court should have permitted the law’s opponents to seek to block it more directly by suing local court clerks who accept the privately-filed suits.

Separately, the high court turned aside an appeal from the Biden administration, which brought a suit on behalf of the federal government to try to block the Texas law. The justices offered no explanation for that decision, and Justice Sonia Sotomayor dissented.

Justice Neil Gorsuch wrote the pivotal opinion in the clinics’ suit over the Texas law, which has been in effect since Sept. 1, halting nearly all abortions after six weeks of pregnancy and forcing hundreds of people to cross state borders or go outside the law to obtain an abortion.

Writing for all of the court’s Republican appointees except for Roberts, Gorsuch said opponents of the law could not target its unusual, private enforcement mechanism by suing state court judges and clerks to try to prevent action on suits filed under the law. The Trump appointee said such officials enjoy “sovereign immunity” and allowing them to be sued would be a “violation of the whole scheme of our Government.”

Gorsuch added that permitting such an approach threatened to upend federalism by turning any state court case into a federal court fight.

“If it caught on and federal judges could enjoin state courts and clerks from entertaining disputes between private parties under this state law, what would stop federal judges from prohibiting state courts and clerks from hearing and docketing disputes between private parties under other state laws?” Gorsuch said.

However, Roberts — who penned an opinion joined by the court’s three Democratic appointees — said he would have permitted suits against state court clerks because of the way the state law known as S.B. 8 was intentionally structured to try to evade federal court review.

“Any novelty in this remedy is a direct result of the novelty of Texas’s scheme,” Roberts wrote.

Roberts also suggested that, to him, the key issue in the case was not abortion. It was Texas’ direct affront to the Constitution and the supremacy of federal law.

“The nature of the federal right infringed does not matter; it is the role of the Supreme Court in our constitutional system that is at stake,” he wrote.

Despite the disagreement about the wisdom of allowing suits against state judicial officials, Roberts said he expected that under the majority ruling, the federal courts should act quickly to resolve the litigation. And he implied that decision should favor the clinics and doctors.

“Given the ongoing chilling effect of the state law, the District Court should resolve this litigation and enter appropriate relief without delay,” the chief justice wrote.

Justice Clarence Thomas would have gone even further than his conservative colleagues, writing that the clinics should also be barred from suing the state health department over the law and saying the challengers’ claims of the threat to abortion rights is too speculative.

“Petitioners complain of the ‘chill’ S.B. 8 has on the purported right to abortion,” Thomas wrote. “But as our cases make clear, it is not enough that petitioners ‘feel inhibited’ because S.B. 8 is ‘on the books.’”

The high court first rebuffed the Texas law’s opponents in early September, allowing the ban to kick in and later issuing a 5-4 ruling denying any relief. At that time, as he did Friday, Roberts joined with the court’s liberals in calling for Texas’ law to be promptly halted.

The justices later agreed to hear two separate challenges to Texas’ policy on a highly-accelerated schedule — one brought by the Biden administration and one by abortion clinics in the state.

Those arguments, held Nov. 1, focused largely on technical issues tangential to the central question of the right to an abortion.

Challengers said Texas shouldn’t be allowed to get around court precedent protecting abortion by delegating the enforcement authority to private citizens rather than the state, and warned that allowing the statute to stand could lead to other states setting up similar schemes to enforce gun bans, Covid restrictions and more.

Supporters of the law said that litigation under the legislation should be allowed to play out and that blocking the measure at this stage would require upending longstanding legal doctrine against federal interference in state courts.

The justices also weighed whether the federal government has standing to intervene and challenge laws like Texas’.

On Friday, the high court said it should not have granted review in that case. The action means that the Biden administration’s suit can continue in the lower courts. A district court judge granted the Justice Department’s request for a preliminary injunction against the law, but the 5th Circuit Court of Appeals quickly issued a stay that blocked the injunction.

That stay remains in place in the wake of Friday’s ruling and the prospects for persuading the conservative, New Orleans based appeals court to lift it seem slim.

The Supreme Court’s rulings came less than 24 hours after a state district judge in Texas declared the abortion ban unconstitutional. However, that decision does not have an immediate legal effect and is already being appealed by anti-abortion groups in the state and could soon be reversed.

Even if the Texas’ clinics prevail in lower courts, their reprieve may be temporary.

The court heard a much broader abortion rights case at the beginning of December, concerning Mississippi’s ban on abortion after 15 weeks of pregnancy. In that case, Mississippi and its supporters are asking the justices to reconsider and potentially overturn Roe vs. Wade, which would allow states across the country to ban the procedure early in pregnancy for the first time since the early 1970s.