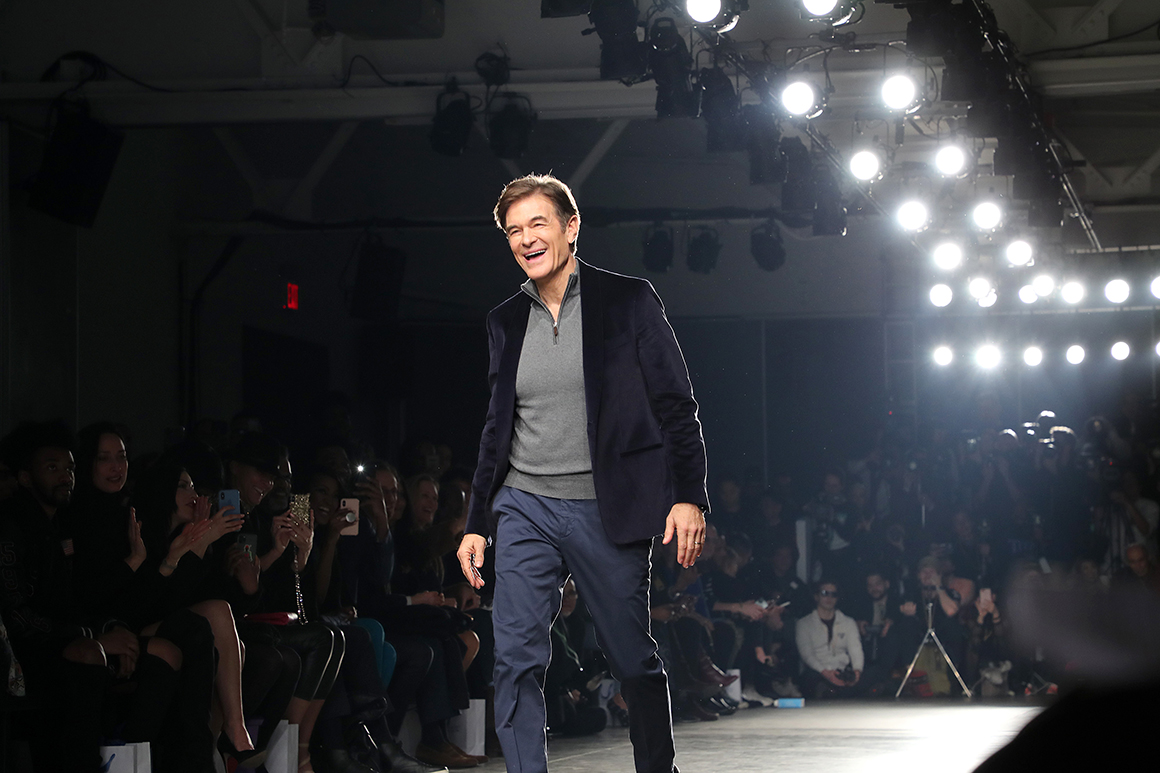 Senate Republicans are open to Dr. Oz as the miracle cure for their headaches in Pennsylvania.

With the Keystone State’s GOP Senate primary uncertain, Senate Republicans suggested this week that they might embrace the celebrity doctor’s nascent campaign to replace retiring Sen. Pat Toomey. GOP senators conceded in interviews that they didn’t know much about Oz. But if he’s the best prescription for reclaiming the Senate majority, they’ll take it.

The surgeon-turned-talk-show-host Mehmet Oz made his Senate bid official this week, rolling out a campaign video in which he declared that the coronavirus pandemic “showed us our system is broken” and vowed to “put America first.” His Republican candidacy comes after Trump-endorsed candidate Sean Parnell ended his Senate bid after losing custody of his children.

Pennsylvania is widely viewed as a bellwether in next year’s fight for the Senate majority, and though Toomey is a Republican, the GOP knows there’s no guarantee the seat will stay red. The state is a perennial battleground: In 2020, President Joe Biden won Pennsylvania by about one point. And while it’s not clear yet how competitive Oz will be in the GOP primary, Republican senators certainly aren’t counting him out.

“It’s great to have someone who certainly is a game-changer the very first moment,” said Sen. Kevin Cramer (R-N.D.). “Who doesn’t love a guy that’s got 100 percent name ID and a whole bunch of money?”

Cramer and other Republicans added that it was too early to assess what Oz’s weaknesses would be. But his campaign will be steered by veteran GOP operatives — managed by Casey Contres, who helmed former Sen. Cory Gardner’s campaign last year. Former National Republican Senatorial Committee executive director Chris Hansen and Erin Perrine, a campaign spokesperson for Trump, are also assisting with Oz’s run.

Going from celebrity to political candidate isn’t unheard of, especially after Trump swapped reality TV for the White House in 2016. But as a first-time candidate, Oz hasn’t undergone the grueling vetting process that comes with running for public office. His TV show amounts to hours of potential opposition research for his rivals.

And the heart surgeon has faced plenty of past scrutiny for his medical advice, particularly his promotion of weight-loss supplements despite questionable evidence of their efficacy. During a 2014 Senate Commerce subcommittee hearing, then-Sen. Claire McCaskill (D-Mo.) accused Oz of giving viewers misleading information about weight loss by advocating for “miracle” products. Oz has also encouraged the use of hydroxychloroquine to treat coronavirus. The Food and Drug Administration said last year that hydroxychloroquine wasn’t likely to be effective for Covid treatment and could carry potential risk.

In addition to his controversial medical advice, questions about Oz’s residency could become a focal point for his opponents. He previously lived in New Jersey, having resided in Pennsylvania since 2020; however, he grew up in the greater Philadelphia region, currently votes there and has his medical license in the state. He also attended the University of Pennsylvania for medical and business school, and there married his wife, who also has Pennsylvania roots.

“Can he win?” asked Sen. John Cornyn (R-Texas), a top deputy to Senate Minority Leader Mitch McConnell. “It’s always an adventure for somebody who’s never run for public office before. I don’t think most people realize what sort of scrutiny you go through when you run for office. And frankly, it’s not always fun.”

Sen. John Kennedy (R-La.) described Oz as “obviously intelligent” and said he “seems to have a clean grasp of the issues,” noting that although Oz has never ran for office before, “many first-time candidates succeed.”

Contres said in a statement to POLITICO that “the overwhelmingly positive feedback [Oz has] heard from Republican Senators is encouraging and appreciated.”

Before Oz entered, the GOP primary in Pennsylvania hadn’t been shaping up well for Republicans. While Parnell snagged a Trump endorsement, he also came under fire after his estranged wife accused him of physical abuse. Parnell denied those accusations.

His departure from the race created an unanticipated opening, with no clear frontrunner and a potential Trump endorsement up for grabs. Sen. Josh Hawley (R-Mo.), who endorsed Parnell, said that Oz is “a big name. I think it’s a big splash. I don’t know what effect it will have on the race yet.” Hawley didn’t rule out wading into the race later but said he had no immediate plans.

The primary already has several candidates, like Jeff Bartos, who previously ran unsuccessfully for lieutenant governor, and Carla Sands, a businesswoman and former ambassador to Denmark under Trump. And more are preparing to enter, including David McCormick, who runs Bridgewater Associates.

Toomey, meanwhile, declined to weigh in on Oz or any other candidates in the primary to replace him. But the retiring senator said he is “feeling good about the field” and predicted Republicans would hold onto his seat.

Democrats, meanwhile, have their own competitive primary in the state, with Lieutenant Governor John Fetterman, Rep. Conor Lamb, and state representative Malcolm Kenyatta all looking to succeed Toomey.

Sen. Bob Casey (D-Pa.) didn’t comment on Oz’s decision to enter the race. But he predicted that a divisive GOP primary would help Democrats.

“I try not to weigh in on the rancor and discord and intramural fight on the other side,” Casey said. “It’s going to be, like all our Senate races, competitive. Whenever the other side has conflict, that’s good for us.”