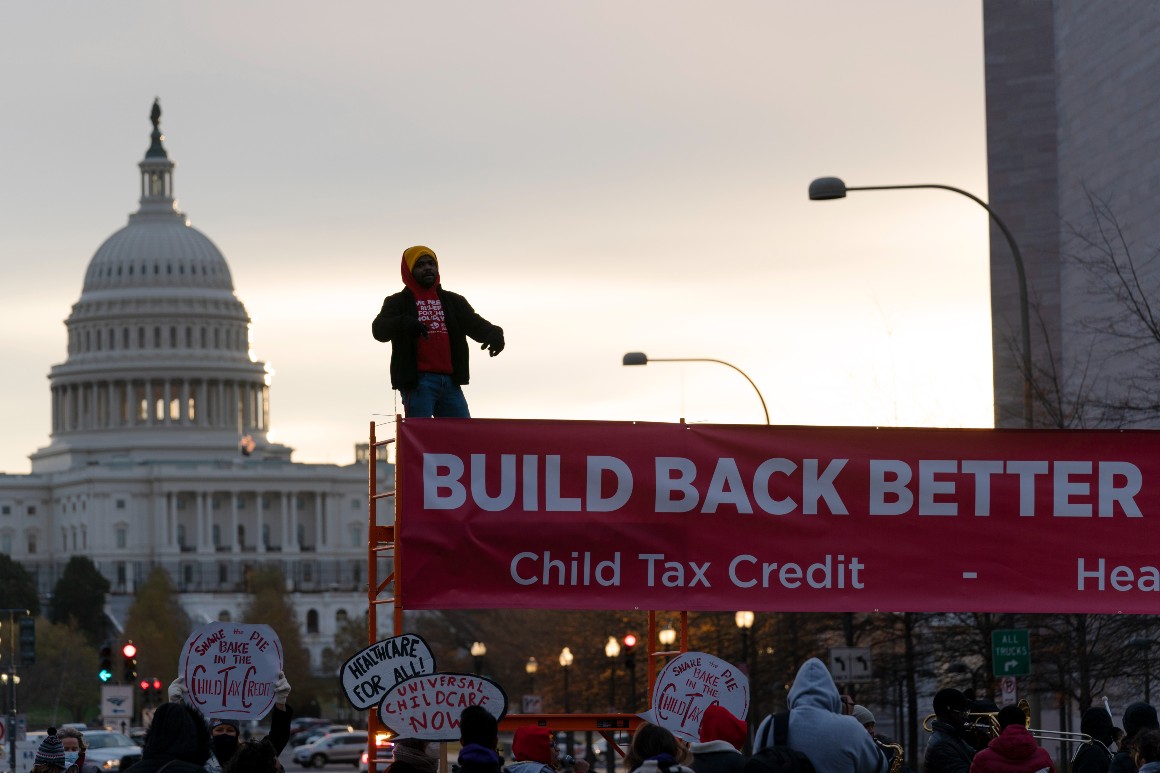 “Since 2004, which is the earliest point where we have some data available on, we have found that inflation inequality has increased in that low-income households have paid higher inflation than high-income households,” said David Argente, a Penn State economics professor who published a paper on the topic earlier this year. “This was even more pronounced during the Great Recession.”

And because workers with low incomes are more likely to be Black and Hispanic — their median weekly earnings for full-time jobs were significantly lower than those of white and Asian Americans in the most recent quarter of 2021, according to the Bureau of Labor Statistics — they are also more likely to take the brunt of inflation.

With critics of Biden’s $1.7 billion social spending package warning it could increase inflation, the fact that rising prices are hitting hardest the very groups the White House has said the bill will help — Black and Hispanic workers and workers with low incomes — only makes the administration’s case for passage more difficult.

“When you’re low-income status, you have fewer options, fewer alternatives to get the goods and services you need,” said Andre Perry, a fellow at the Brookings Institution. “Black people need goods and services that are affordable.”

For weeks, Sen. Joe Manchin, the moderate Democrat whose support is crucial to the bill’s passage, has expressed concerns about the effect the legislation could have on inflation.

The situation also presents a conundrum for the Federal Reserve. While raising interest rates may help tame inflation, that could also squeeze employment while the economy is still on uncertain footing.

The consumer price index rose 6.8 percent in November from 2020 — the highest it’s spiked since 1982, the Labor Department reported Friday. And while some costs are starting to decline, four in 10 Americans said last month that inflation was their top economic concern, more than any other issue, according to an NPR/Marist poll.

The White House knows the danger higher prices pose to not only passage of Build Back Better, but the president’s approval ratings. Biden on Friday moved to downplay the Labor Department report, asserting in a statement that more recent data reveals “price and cost increase[s] are slowing, though not as quickly as we like.”

In fact, Biden said, inflation “underscores the importance that Congress move without delay to pass my Build Back Better plan.” The legislation will save families money “while easing long-run inflationary pressures on our economy,” he asserted.

Conservative economists say Biden’s take is way off the mark.

“They’re backed into a corner: They want Build Back Better to pass, and that is clearly going to put even more upward pressure on inflation,” said Curtis DuBay, senior economist at the U.S. Chamber of Commerce. “It’s hard messaging. It’s easier for them to downplay it and put it on the back burner, but it’s the No. 1 issue in everyone’s mind.”

Other experts counter that, though BBB could increase inflation in the short-term, it’s likely those effects would soon taper off — and workers with lower incomes would be more economically secure than they were before.

“It might lift inflation in the near-term: this time next year, 2023, 2024,” said Mark Zandi, chief economist at Moody’s Analytics. “But longer run, it probably lowers inflation a little bit.”

“Inflation that lower-income households would face would be lower because their cost of living is being subsidized in the legislation, with lower child care costs, lower education costs, lower housing costs, lower elder care costs,” Zandi said.

Inflation takes a bigger toll on low-income households for a variety of reasons beyond their earning power. As prices rise, they are less able to seek out cheaper goods, both because they are already buying the cheapest products possible and because they have less freedom to visit a different store to seek out sales or use coupons, according to Argente’s research.

On top of that, goods sold to higher-income workers often increase less in cost because there is so much demand for them, enabling competition to force prices down.

Since Black and Hispanic households are significantly less wealthy than white ones, those problems are compounded for them.

Argente cautions that this research is all based on past economic data, and it may be a while until the impacts of Covid-19 on inflation inequality are fully known. But, he points out, it’s possible they may be worsened in part by the proliferation of online shopping, where bargains can be had on many goods.

Some economists say the hit to low-income households from the current bout of inflation may be lessened by recent wage growth. Pay has increased more for workers with lower incomes than their higher-paid counterparts.

The latest inflation numbers are expected to put greater pressure on the Federal Reserve to withdraw its support for the economy and perhaps prepare to raise interest rates as soon as March. The central bank will likely discuss that move — which signals a prioritization of combating inflation over maximizing employment — at their meeting Dec. 14 and 15.

“They’re walking a very fine line to not disrupt the recovery and not disrupt the fragile economy,” DuBay said. “The economy’s in good shape, but we’re still in a pandemic, and so it still could be knocked backwards. They don’t want to cause that.”

The unemployment rates for Black Americans and Hispanic Americans were 6.7 and 5.2 percent, respectively, in November, according to the Bureau of Labor Statistics, compared with 3.7 percent overall.

“Jerome Powell has a very big challenge if he centers Black people in his forthcoming actions,” Perry said. “When the Fed raises interest rates, that obviously competes with the efforts to get at full employment.”

“Black people, low-income people, need both: We need to keep striving for full employment because the unemployment rates for Black people are higher than the aggregate, but also low-income, particularly Black, people need goods and services that are affordable,” Perry said.

Spriggs warns that prioritizing inflation over employment could backfire, harming workers in a different way.

“What frightens me in all of this drumbeat about inflation is just not admitting that this is how inflation gets fought.”