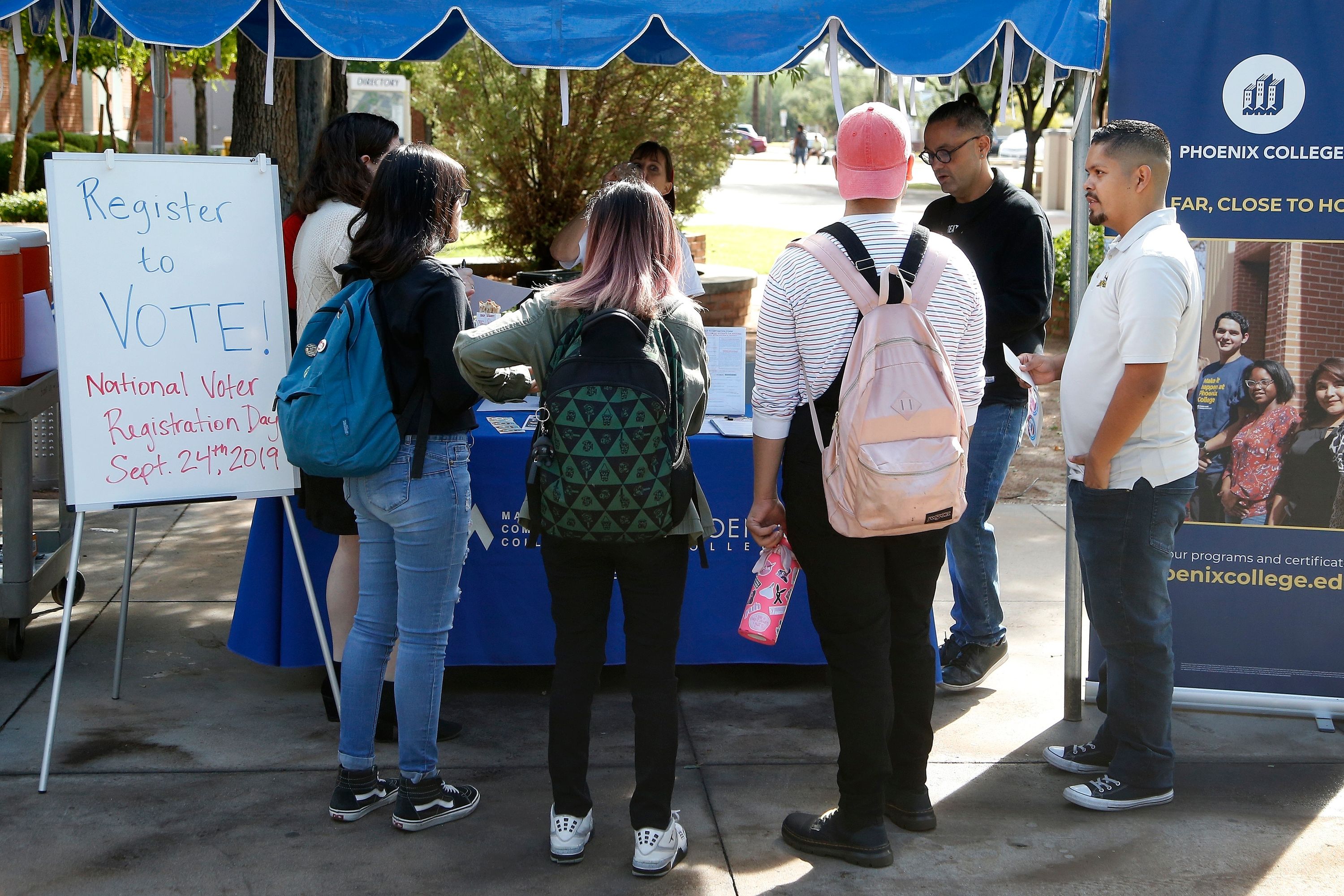 The broad Republican victories in last month’s elections have fed expectations for more GOP gains in 2022. Pundits point to the grassroots mobilization of Republican voters around cultural issues, President Joe Biden’s low popularity and Democratic divisions as evidence of a continuing electoral trend to the right, especially for elections in both houses of Congress.

These predictions may bear out in the next campaign cycle, but in the longer term, things look quite different for the two parties — and any Republicans sanguine about their prospects a decade from now aren’t paying close attention.

The Republican Party has dug itself a hole with regard to young, educated voters. Although Americans under 30 are less likely to vote than their older counterparts, they are a rapidly growing proportion of the electorate. Gen Z Americans, a cohort that includes today’s college students, now make up almost a quarter of the nation’s population. They are in line to be the nation’s most formally educated generation, with higher high school graduation rates and lower dropout rates than earlier cohorts.

But the Republican Party has done more to alienate young, college-educated voters in recent years than ever before. A nationwide poll fielded in late September by College Pulse of more than 1,500 students at 285 different colleges and universities shows that nearly three-quarters of college-age voters do not think the Republican Party represents them in any capacity. Sixty-six percent of students today cannot imagine registering as Republicans in the next 10 years, when their voices may be even stronger. And a striking 43 percent of respondents think the Republican Party is flat-out racist; only 31 percent disagree. (The poll, which we co-sponsored, was conducted by College Pulse, a firm that specializes in student polling and frequently supplies data to researchers. Their online surveys are weighted and rebalanced to reflect the national population of college students.)

Young, educated voters have favored Democratic candidates for decades, but the gap has grown much larger than before. Most revealing, perhaps: The survey showed the Republican Party has become directly associated with racist, unconstitutional attitudes that strike most students as beyond the pale. They perceive Republicans as a threat to their own future, and democracy in general.

There are some signs, however, that this damaging view is not irreparable — in part because college students don’t strongly identify with the Democratic Party. They may vote Democratic, but only 18 percent believe the party is moving in the correct direction. Democrats benefit from the widespread hatred of Republicans, but the party itself is not inspiring loyalty.

The recent poll shows a path forward for Republicans — if they embrace moderate reforms around race, women’s health and the environment. This poses a conundrum for a party that has hardened itself behind positions that motivate the aging Republican base: Those are exactly the policies it will have to slowly abandon if Republicans want to have a chance in the future.

That future is coming sooner than many analysts think. The Republican base of older, non-college, white voters will shrink rapidly in the coming years, leaving the party with a small and aging electorate. The party’s nominees have lost the popular vote in seven of the last eight presidential elections — and with Georgia, Arizona, Texas, Florida, Tennessee and Ohio becoming younger and more educated, Republicans are at risk of losing their advantage in the Electoral College as well.

The Democrats have a decisive advantage with collegiate women, one of the fastest-growing groups of voters and a demographic that has recently been more politically active than men. Young women, for instance, are much more likely to have protested (36 percent) than young men (20 percent). Research has also found that young women, including young Black and Latina women, are generally more active as voters and participants in social movements than young men.

Still, substantial numbers of young men and women identify as either independents or “leaners,” — 52 percent of men in the recent survey and 40 percent of women — which reveals a real dislocation from both parties and an opportunity should one party move to court them. This is dangerous news for the GOP: With its current cocktail of far-right positions, women are not going to support the Republican Party down the road, and men are not a lock either.

The data suggest that Republicans can, however, reverse their collapse by abandoning the positions that clearly alienate today’s pragmatic and moderate young voters, particularly opposition to gay marriage, climate change denial, anti-vaccine rhetoric and anti-mask extremism. These are the Republican positions that young, college-educated voters find most objectionable. To lay the groundwork for its future, the GOP needs to find a way toward compromise positions on these social issues.

The dilemma for Republican candidates is that the very tactics needed to win elections now are jeopardizing elections of the future. They’re notching successes with attacks on racial “wokeness,” abortion and environmental regulations, which may win primaries and motivate the current party base but clearly alienate the voters needed to win general elections going forward.

The party’s recent wins in Virginia and other states will help Republicans only if they reach beyond the suburban families to emerging educated voters. It is today’s students, not the soccer moms or the angry Trump crowds, who will determine the future of American politics.

Our survey shows that young college-educated voters currently perceive the Republican Party as a cult following Donald Trump. They almost universally reject this cult. The evidence indicates they have much higher regard for more moderate established figures, including Sen. Mitt Romney (R-Utah) and Maryland Gov. Larry Hogan.

College students are simply not as partisan as people think. They have a strong bias against the extreme positions of the current Republican Party, but they are not solid Democrats either. They are in play for creative, progressive and also moderate political figures. In the coming decade, the party that succeeds nationally will be the one that finds a way to capture this next electoral majority.