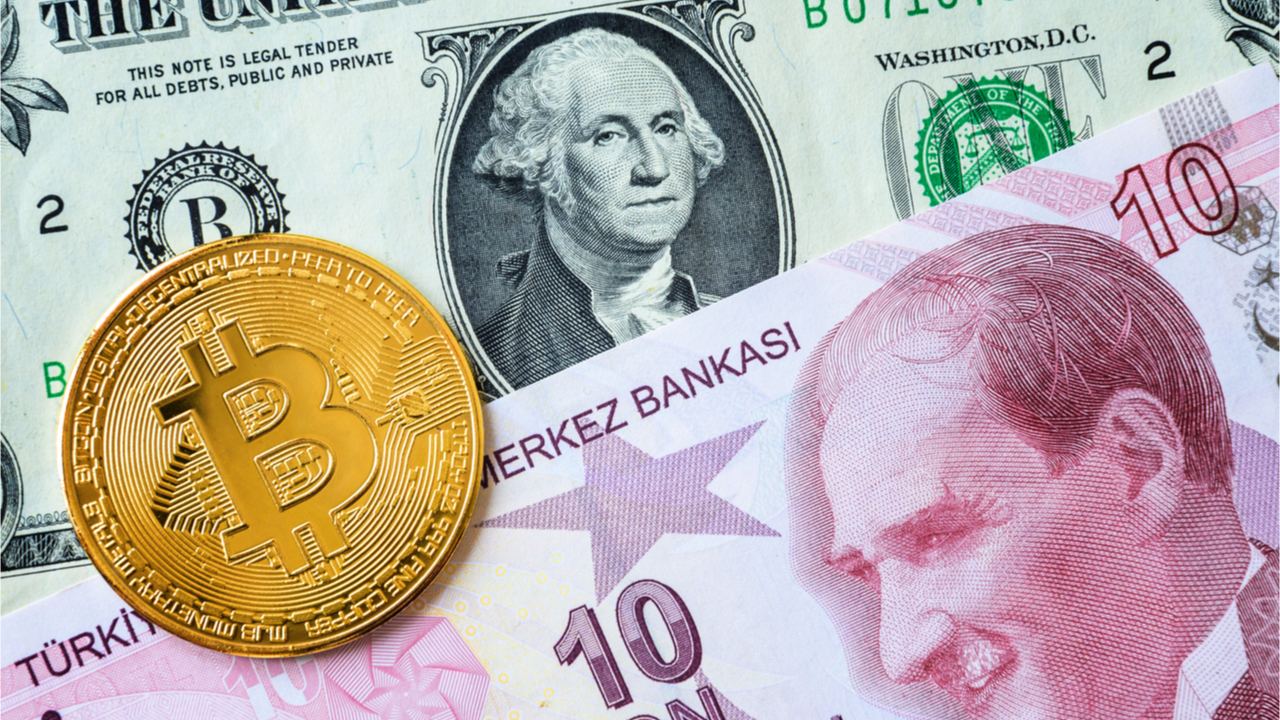 The popularity of cryptocurrencies in economically embattled Turkey has continued to surge with the number of daily trades now surpassing one million, a report has said. This surge in trades has been attributed to the depreciating lira which plunged to a new low against the USD on December 20.

Cryptocurrency trades in inflation-stricken Turkey have surged to above one million per day for the first time since March, a Reuters report citing Chainalysis and Kaiko data has said.

According to the report, the return to over a million trades per day has come at a time when Turkey’s fiat currency, the lira, has depreciated by almost 40% since September. Prior to the latest surge, cryptocurrency trades in Turkey had previously surpassed the one million per day mark after President Recep Tayyip Erdogan’s unexpected dismissal of the central bank governor on March 22.

The dismissal of then-governor Naci Agbal sparked inflation fears among Turks and caused the lira to plunge by more than 10%. However, after a period of relative stability — which in turn led to reduced cryptocurrency transactions — trades per day went above the one million mark again after the lira’s latest plunge.

As shown by recent data, the lira briefly plunged to a new low of 18.10 for every dollar on December 20, 2021. However, after the government announced a rescue plan, the lira has recovered to 12.50 at the time of writing.

Gold Restrictions a Boon for Crypto

The Reuters report suggested the latest increase in cryptocurrency trades may be linked to restrictions imposed during the year that have made it difficult for Turks to convert the lira to gold. Bitcoin’s race to a new all-time high of more than $69K in November is also said to have contributed to the surge in trades.

In terms of the cryptocurrencies preferred by Turks, the report said bitcoin and the stablecoin USDT are the most widely used coins. This is evidenced by data showing that the TRY/USDT pair is one of the most traded pairs while the fiat currency’s pair with BTC is the 12th most traded.

Reports that Turks are increasingly switching to cryptocurrencies come a few months after the central bank prohibited the use of crypto assets when paying for goods and services. In addition, President Erdogan has said the country is at war with cryptocurrencies.

What are your thoughts on this story? Tell us what you think in the comments section below.