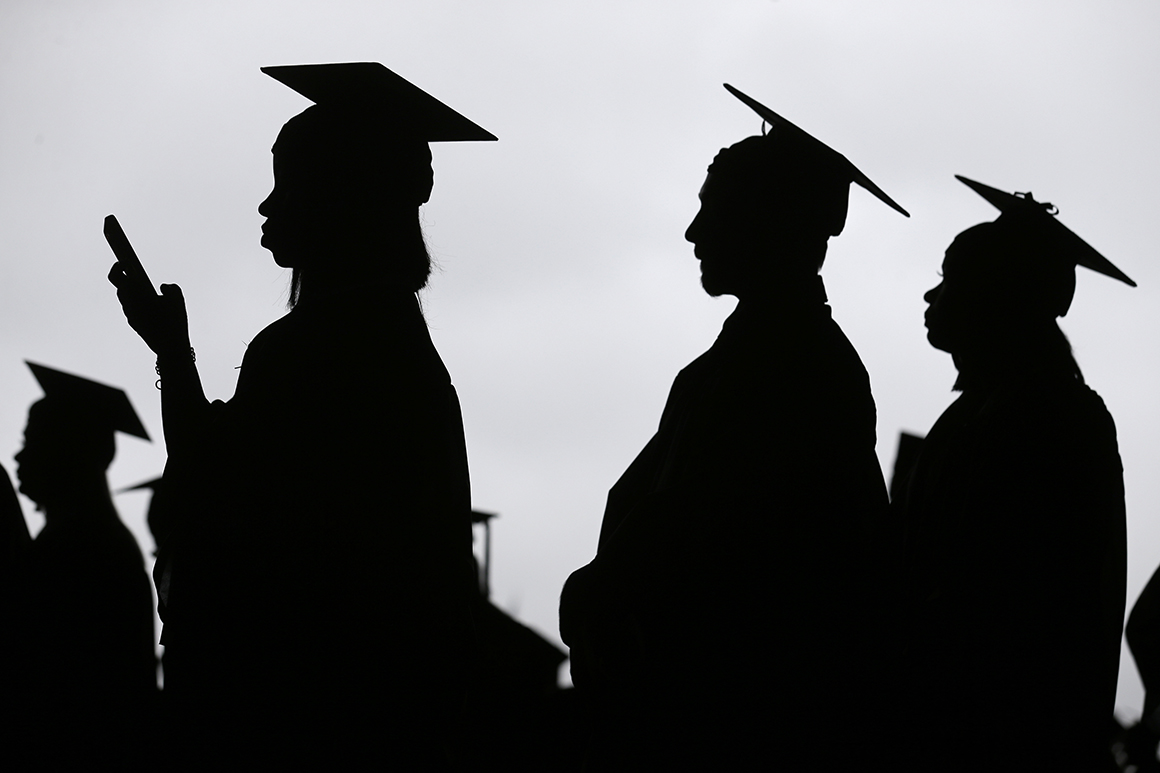 The White House has been pretty clear in recent days: Federal student loan payments will resume Feb. 1 as President Joe Biden lifts the nearly two-year pandemic-era pause despite pressure from many in his own party to extend it.

Behind the scenes, that political reality has led the Biden administration to conduct Zoom meetings with allies in the student loan forgiveness space in an effort to make the resumption of loan repayments as smooth as possible.

But despite their no-drama intent, the confabs have not always been smooth sailing.

One such “tense meeting,” described by someone familiar with what happened in the conversation, happened Wednesday. Loan forgiveness advocates relayed to members of Biden’s domestic policy and economic teams that beyond the actual economic, legal and policy implications of lifting the loan repayment pause, the move was “bad politically.” They wanted “to sound the alarm to them about what we believe to be a very serious political mistake that they’re about to be making,” said a second source familiar with the conversation.

Biden’s team was not moved.

Multiple sources familiar with what was said at the meeting described the administration’s message as effectively that borrowers had two years to prepare for this and knew the pause wouldn’t last forever. One administration official in the meeting suggested that overall, the pandemic was trending in the right direction, and that resuming student loan payments is part of getting back to normal.

The White House also “pulled that kind of bullsh– of ‘the fundamentals of the economy are strong,’ which is devoid of reality,” the first source familiar with the conversation added. “Yeah, sure, the stock market may be better. Unemployment numbers are better — yes, absolutely. But in terms of real wages, in terms of how people are feeling in their pocketbook, it’s just completely delusional.”

In the eyes of debt forgiveness advocates, the ramifications of lifting the pause are dire. Not everyone is feeling the effects of a rebounding economy. Rising prices and now a new coronavirus variant are causing widespread unease. And going into an election cycle, a decision like this could affect turnout and enthusiasm — especially among younger voters, who are already unreliable midterm voters.

Arisha Hatch, vice president of Color of Change, did not attend the meeting but described the political outlook this way: “Our early research showed that people would be making political decisions based on that issue. When you combine it with an entire narrative about the difficulties that Democrats are having [in] pushing forward an economic agenda that actually offers relief to people, lots of folks were wondering: What is the narrative, what is the story, what is the push when you go back to the voters in this upcoming election cycle?”

Some of the debt forgiveness advocates left the meeting feeling like the White House doesn’t yet have a full plan in place. “It felt like the tail wagging the dog,” a third person familiar with the meeting put it. “Like someone at some point, some number of months ago said, ‘We can’t keep this thing paused forever.’ And so everybody went into execution mode, and nobody actually stopped to think about what they were doing. And now we’re here.”

The White House declined to comment on the record about the meeting, but administration officials again insisted that the loan repayment pause was always meant to be temporary, and pointed to actions the administration has already taken in this realm — including forgiving “$12.7 billion in student loan debt.”

One administration official said to expect announcements “in the coming weeks and months” on what resources will be available so that borrowers who have already been struggling through the pandemic can hop on the right payment plan, including deferment.

“The Department of Education is taking a number of steps to ensure that it’s not just some sort of cold turkey” situation, the official said. “We are trying to take every step possible to do right by the borrowers.”

As for the Department of Education’s review of whether Biden has the authority to unilaterally cancel at least $10,000 of student debt per borrower — which Biden campaigned on — administration officials said that conversations are still happening and no final determination has been made. An official did say that Biden is still ready to sign a $10,000 student loan forgiveness bill into law if Congress can pass it.