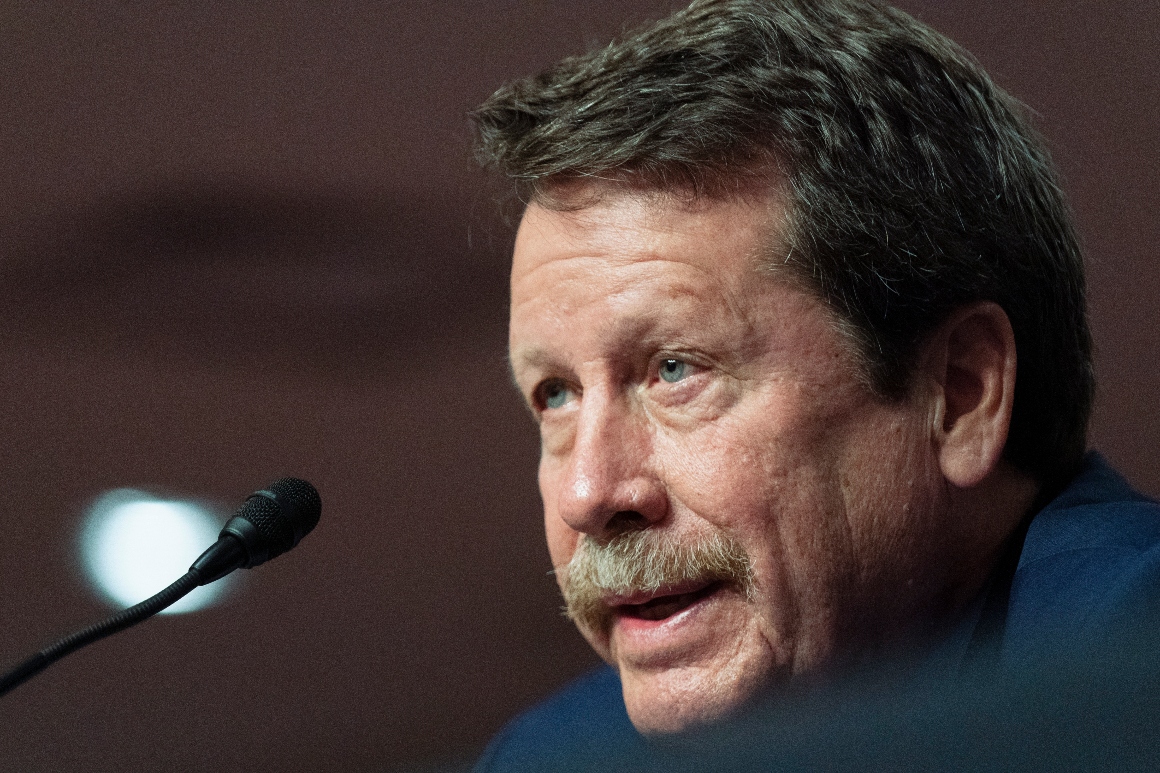 The FDA’s decision to ease access to abortion pills is fueling a new push by anti-abortion rights groups to derail President Joe Biden’s nominee to lead the agency, potentially endangering his confirmation.

The effort has already swung some previously undecided Republican senators on Robert Califf’s nomination, like Tommy Tuberville of Alabama and Roger Marshall of Kansas. Both initially praised Califf during his confirmation hearing in the Senate health committee and appeared inclined to support him before voting against advancing the nomination in committee over “pro-life issues.”

“Just a few days after Dr. Califf’s confirmation hearing, the FDA announced it would permanently allow abortion drugs to be available by mail order,” Tuberville said in a statement to POLITICO. “I believe Dr. Califf will continue to advance this administration’s pro-abortion agenda, and I cannot support his nomination.”

Marshall’s office confirmed that he met with some of the anti-abortion groups that are working to scuttle Califf’s confirmation in the lead-up to the Senate committee vote.

Dozens of influential anti-abortion rights organizations are mobilizing against Califf, sending letters to senators arguing the former Obama administration official has “a track record of rubber-stamping abortion industry demands.” They’re also meeting with members of the Senate’s Health, Education, Labor and Pensions Committee, which has jurisdiction over the nomination, directing their networks of supporters to flood GOP offices with calls, publishing op-eds in publications popular on the right and planning events in the home states of swing votes like Lisa Murkowski (R-Alaska) who are up for reelection this November.

The stakes are high because five Senate Democrats have publicly opposed Califf over his record on opioids the last time he led FDA, late in the Obama administration, as well as his time in the corporate sector. With only four Republicans on the record supporting his confirmation and the possibility of more Democratic defections, peeling off even one or two more Republicans could prove fatal to Califf’s chances.

Neither the White House nor Senate Majority Leader Chuck Schumer’s office responded to POLITICO’s questions about how Democrats are countering the anti-abortion groups’ efforts and securing votes for Califf — or about the timing of a confirmation vote. White House spokesperson Chris Meagher said only that the administration is “confident he’ll be confirmed with bipartisan support,” adding, “It is critical to have confirmed leadership in the midst of the pandemic.”

The FDA in December moved to loosen restrictions on abortion pills, allowing them to be prescribed by telemedicine and sent by mail to pharmacies or patients’ homes — scrapping decades-old rules requiring the drug to be dispensed in-person by a medical provider.

Though Califf was not involved with that decision, he stood by it during his December confirmation hearing, saying he trusted the agency to make rules grounded in scientific evidence regarding the pills’ safety.

The groups working against his confirmation are now pointing to this comment as well as the FDA’s regulation of abortion pills under Califf’s previous leadership at the FDA to argue he’s the “wrong choice.”

In particular, they flagged the agency’s 2016 decision — when Califf was last commissioner — to change what kind of data FDA collects on adverse reactions to the abortion pills, reducing the reporting requirements from all “severe, life-threatening, and fatal adverse events” to only fatal adverse events.

“There’s every reason to believe he will continue to ignore how women’s lives and health are impacted,” one anti-abortion rights group leader working on the anti-Califf effort but not authorized to speak publicly told POLITICO. “Basically, the FDA is permitting new back-alley abortions but this time it’s in women’s homes and dorm rooms.”

Anti-abortion conservatives are increasingly prioritizing restricting access to abortion pills as the Supreme Court considers the fate of Roe v. Wade. Because the drugs are far cheaper than a surgical abortion and could be taken at home even when the in-person dispensing requirements were in place, they had been growing in popularity even before the pandemic. More than half of abortions at nine weeks of pregnancy or earlier are medication abortions. And while many conservative-led states are now moving to ban or place restrictions on the pills, progressive activists are working with international groups like Aid Access to circumvent those laws.

Califf’s critics say they’ll keep the pressure on senators until a floor vote is called. That will include phone banks, Zoom meetings with lawmaker offices, putting the confirmation vote on key vote scorecards that determine future backing from the groups, and hammering the issue at this Friday’s annual March for Life on the National Mall.

Students for Life of America, one of the most active groups in the fight, also released a new national poll of 900 young voters on Tuesday that found 59 percent oppose the FDA’s abortion pill policy and want to require an ultrasound as a condition for obtaining the pills. Nearly 70 percent say they are “more likely to support a candidate who supports laws that require in-person medical care and testing before and after the sale” of the drugs. The group’s activists plan to highlight the numbers in meetings with senators this week about Califf’s nomination.

“I do want to make clear mifepristone has a strong track record of safety and effectiveness,” she said. “And when it comes to women’s health, I expect FDA’s decisions to be made based on science, just as I do all FDA’s decisions.”

Adam Cancryn contributed to this report.