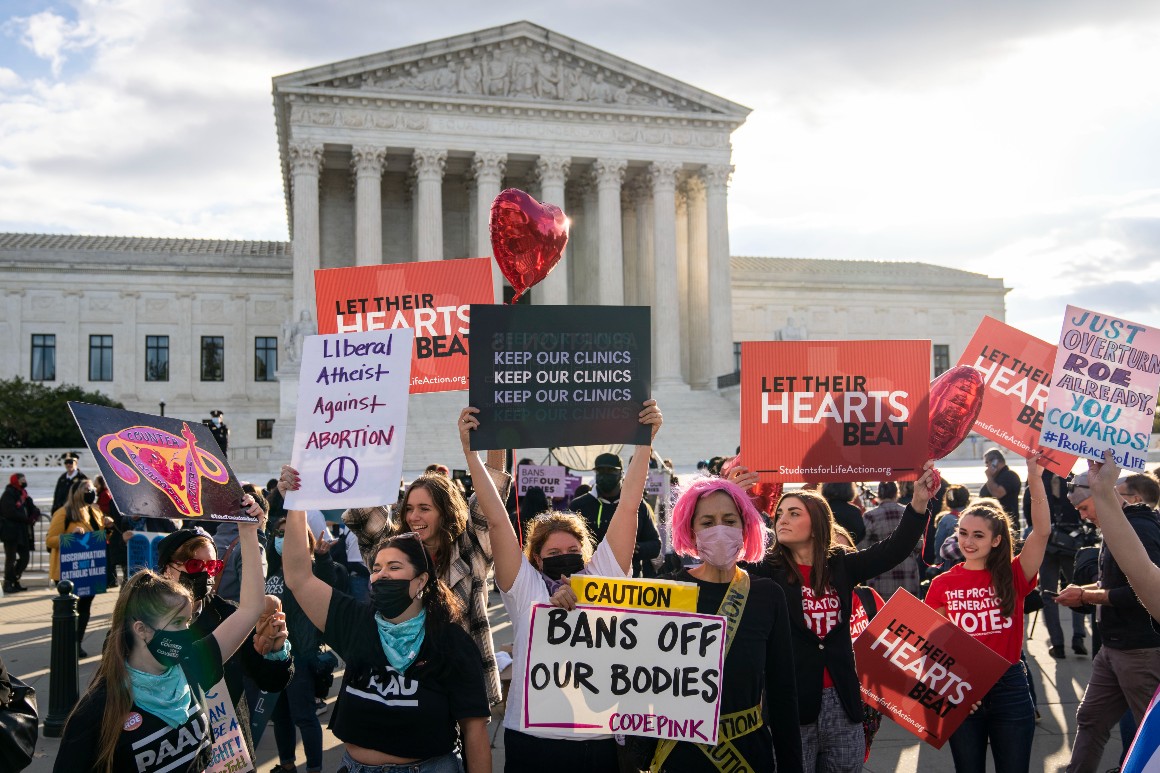 A three-judge panel on Friday gave a chilly reception to a request from Texas abortion clinics to send a challenge to the state’s controversial abortion ban back to a lower court that previously ruled to block the law.

Instead, the panel from the 5th U.S. Circuit Court of Appeals indicated that it’s likely to side with the state’s request to let the Texas Supreme Court rule on the ban’s constitutionality — a move that could prolong its enforcement for months — and even suggested holding off a decision about who should hear the challenge until the fate of Roe v. Wade is decided later this year.

“Maybe we should just sit on this until the end of June and leave the hot potato with the Supreme Court,” suggested Judge Edith Jones, an appointee of former President Ronald Reagan.

Friday’s deliberations followed the U.S. Supreme Court’s December ruling that left the Texas law intact but allowed some challenges to proceed — including the question of whether Texas officials can use the law to strip medical licenses from doctors and nurses who perform abortions after about six week of pregnancy. The 5th Circuit will decide the venue for that challenge, with a decision possible in the next few weeks.

The providers want the case sent back to U.S. District Judge Robert Pitman, who in October granted a request from the Biden administration to block enforcement of the law. The 5th Circuit reversed Pitman’s ruling.

Even if clinics prevail and have that piece of the law blocked, abortion providers would still face the threat of civil lawsuits under an unusual private enforcement mechanism in the law that allows citizens to sue anyone who performs an abortion or helps someone obtain one.

Judge Stuart Kyle Duncan on Friday cited the way the U.S. Supreme Court effectively closed the door on most other avenues for challenging the law and asked why the appeals court panel should feel compelled to do anything with the case.

“I don’t understand the urgency of this particular lawsuit given how the Supreme Court has narrowed the universe of options,” he said.

But Duncan, who was appointed by former President Donald Trump, also seemed open to granting Texas’ request to send the case to the state’s Supreme Court, arguing its input is needed because it’s “a question of Texas law.”

Friday’s hearing was tense, with judges repeatedly snapping at each other and at the attorneys arguing the case. Jones at one point scolded Marc Hearron with the Center for Reproductive Rights, who argued on behalf of the Texas clinics, that the hearing was “not a press conference.”

Hearron argued Friday that sending the case to the Texas Supreme Court is unnecessary and could prolong for months the effects of the abortion ban that has been in place since September. He also said that failing to send the case back to the U.S. District Court would be tantamount to a “second-guessing” of the U.S. Supreme Court’s December ruling.

Despite the grim outlook for the clinics’ side of the case, other efforts to block the abortion ban are pending, including one from a San Antonio doctor who publicly declared that he had violated the law, was subsequently sued, and is challenging the constitutionality of the abortion ban itself.