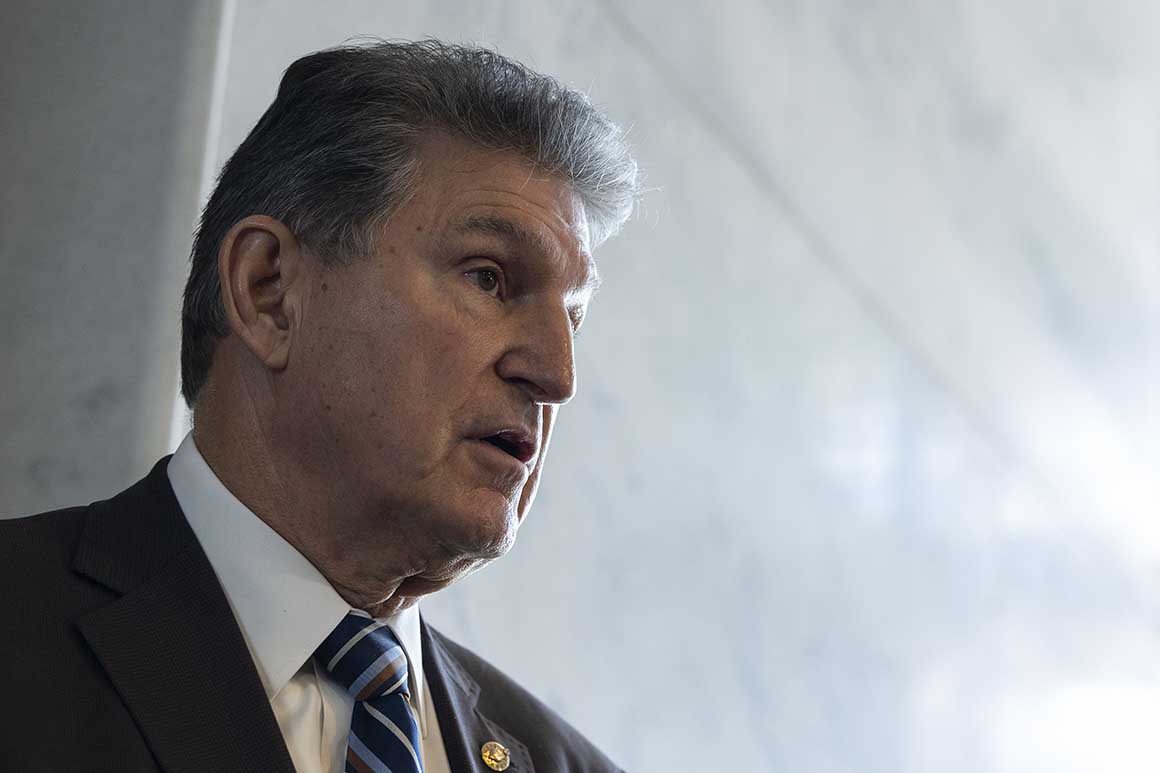 They may have put it aside for now, but Democrats have not given up on trying to revive their expansion of the Child Tax Credit.

The main obstacle, of course, is Sen. Joe Manchin (D-W.Va.), who has infuriated colleagues with a series of objections to what some Democrats consider to be the most important achievement of the Biden administration.

Though lawmakers have now shifted their attention to voting rights, they say they’ll return to the child credit — and will likely face growing pressure to work out their differences after millions of Americans miss what Democrats had hoped would be the next round of monthly payments (the checks had been going out around the 15th of each month).

Here are five things to watch as Democrats search for ways to revive the program.

Back into a pumpkin

The child credit is not completely gone, it’s just reverted to what it looked like before President Joe Biden took office. Out with 2021 were provisions giving a major boost in assistance to the very poorest; increasing the maximum credit to $3,600 per child; and a monthly payment program sending checks to 35 million families.

But there still is an underlying credit, worth up to $2,000 per child, on the books, as Manchin has noted. “People think that it’s all gone by the wayside — that hasn’t happened,” Manchin told reporters. “The Child Tax Credit is still there.”

What’s left, though, is a very different credit. It’s not just that it’s smaller and that the monthly payments have stopped, returning the program to a conventional tax break. The very poor were the biggest winners under Democrats’ expansion, with the largest percentage increase in benefits, and they’re the biggest losers with its expiration.

A way to finesse work requirements?

One of Manchin’s main objections was that Democrats had dumped longstanding rules requiring recipients to have at least some income. That was effectively a work requirement and restoring those rules — tossed out just last year — was a nonstarter for many Democrats.

Well, the calendar took care of that dispute for them. When Democrats’ expansion expired with the new year, the old work rules suddenly snapped back into place — as of Jan. 1, recipients must have at least $2,500 in income to claim the credit and how much they get is tied to how much they earn.

That could actually come in handy now for lawmakers by giving them a way to finesse the work dispute with Manchin because now they don’t have to vote to restore anything. In fact, Democrats could cut the work requirements again, though perhaps not eliminate them entirely, in a potential compromise. Manchin has never said publicly what kind of income requirements he wants, so perhaps that’s negotiable.

Isabel Sawhill, a former Clinton administration official now at the Brookings Institution, has another idea. Instead of requiring people to have income, she says Democrats should ask people to prove they’ve worked in the recent past, much like they do when they apply for unemployment benefits.

“That would retain some linkage to work,” she said, without “penalizing people who are down on their luck.”

Manchin has repeatedly complained that families earning up to $400,000 can claim the Child Tax Credit, saying it should be reserved for those with more modest incomes. That is one area where many of his colleagues, including progressives, agree with him.

It was Republicans, not Democrats, who made higher-income parents eligible for the credit, as part of their 2017 tax overhaul. And cutting them off would reduce the cost of Democrats’ proposal — they could at least partially finance benefits to more average Americans by kicking out higher-income people.

“I’m open to lowering the income threshold,” said Sen. Michael Bennet (D-Colo.), “to ensure its benefits go to the low- and middle-income families who need it most.”

But that would raise other issues.

For one thing, it would be a blatant violation of Biden’s promise not to raise taxes on those making less than $400,000 — though that doesn’t bother some Democrats in Congress who note they never took that pledge.

Second, Democrats would likely have to evict a lot more people than they may like in order to find serious budget savings because there aren’t as many higher earners claiming the break as lawmakers may presume. The bulk of the program benefits people further down the income ladder. In 2020, just 11 percent of the credit went to families making more than $200,000, according to official estimates.

Democrats would have to dump even more from their reconciliation package to satisfy Manchin’s demands that any new benefits be made permanent and that Democrats keep the total cost of their package below about $1.8 trillion. That puts the child credit in jeopardy, since a permanent extension along the lines of what Democrats are planning would run $1.4 trillion on its own.

But the fact that the program provides cash assistance may give it a leg up on some of the other competing ideas Democrats are also considering, such as expanding access to pre-K school programs. After all, Child Tax Credit recipients could use their $300-per-month payment to pay for things like pre-K.

That could potentially make the child credit the next best choice for lawmakers with other priorities. “Because the money is fungible, it could be a substitute for their first preference,” said one former top Democratic aide.

Something to tide recipients, and Democrats, over?

The expanded credit may be gone but there’s still money coming. That monthly payment program only began in July and provided just a half-year’s worth of payments. Recipients will collect the remainder when they do their taxes this year.

If someone was receiving, say, $500 per month for two children, they’ll be eligible to claim another $3,000 at tax time, either in the form of a refund check or in lower taxes. Several million more families opted out of the monthly payments so they stand to claim even more when they file their return.

All of that will at least give Democrats something to talk about while they try to figure out a way to revive their plan.