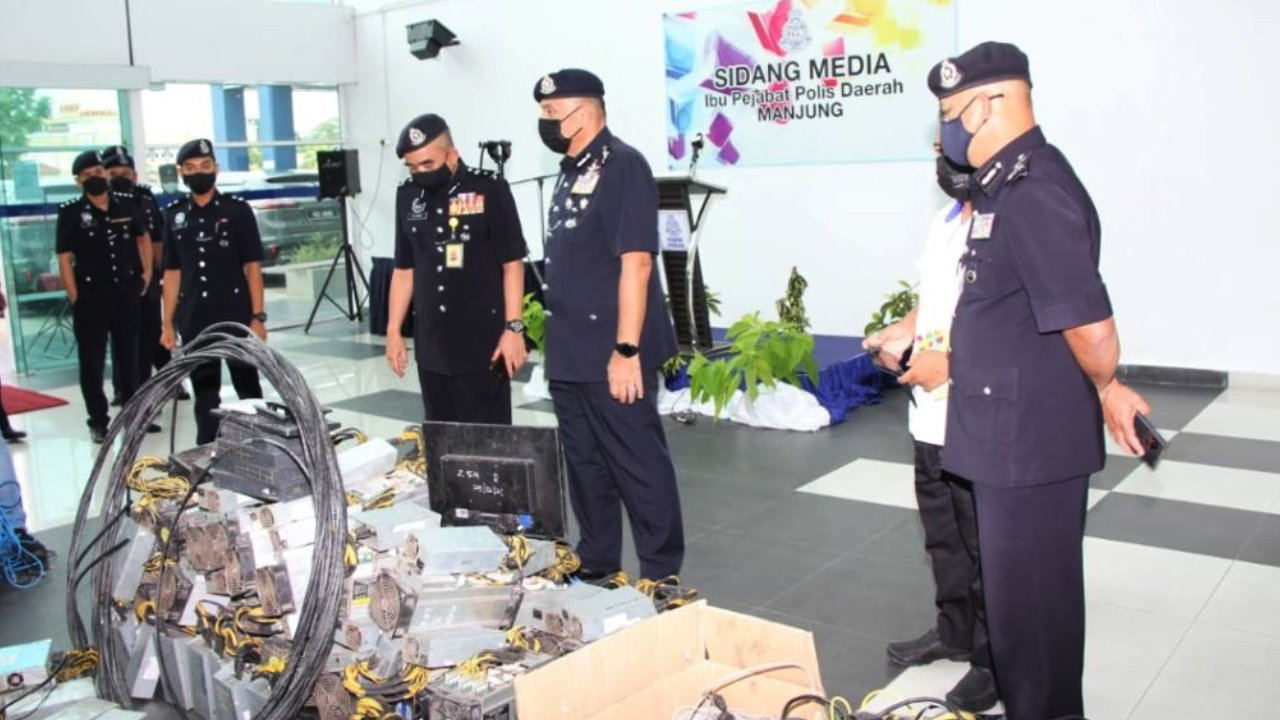 Police in Malaysia have shut down a bitcoin mining operation and seized 1,720 bitcoin mining machines in a major electricity theft crackdown following public complaints. “Police inspected 75 premises around the district and 30 of them were found to be carrying out illegal bitcoin mining activities and stealing electricity.”

Noting that the operation involved the Tenaga Nasional Berhad (TNB) and the Sitiawan Fire and Rescue Station, the police chief explained:

This operation is the biggest success with TNB this year.

He noted that according to the TNB, the theft of electricity was worth about RM2 million ($478,870).

“Police inspected 75 premises around the district and 30 of them were found to be carrying out illegal bitcoin mining activities and stealing electricity,” the police chief explained, adding:

Mior Faridalathrash explained that further investigation is being conducted to identify the mastermind behind the illegal bitcoin mining operation and establish how long it has been going on.

The police also arrested a 28-year-old caretaker of the premises in Ayer Tawar on suspicion of carrying out illegal bitcoin mining activities and being involved in stealing electricity. The chief of police noted:

The arrested man was remanded for four days and is being investigated under Sections 379 and 427 of the Penal Code and the Electricity Supply Act 1990.

In July, Malaysian authorities completely destroyed 1,069 bitcoin mining machines with a steamroller. The coins were confiscated earlier this year.