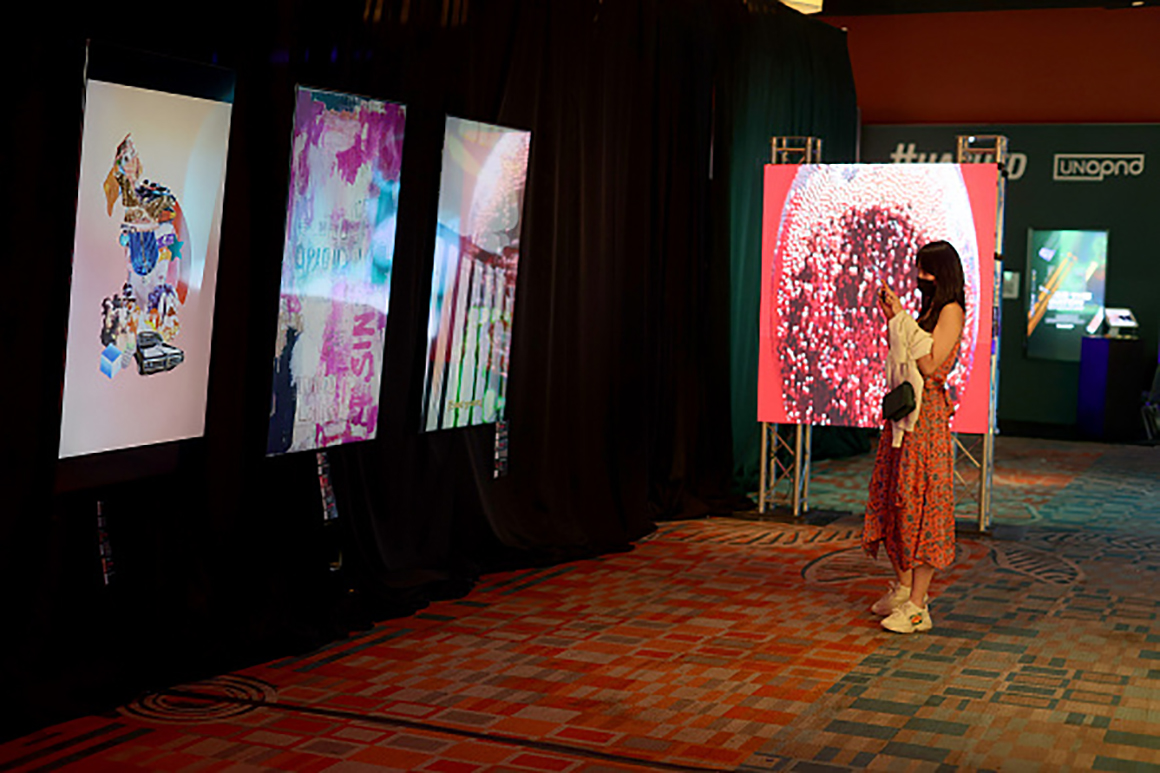 Non-fungible tokens, or NFTs, may be an industry deeply perplexing for much of the country. But those monetizing collectible digital assets have already begun playing the classic Washington game, turning to K Street to protect its interests before the government.

One of the largest companies in the NFT space—the Vancouver, Canada-based Dapper Labs, Inc.—became the first to federally register to lobby on issues related to NFTs, doing so in a public disclosure posted on Monday.

The filing comes as operatives and major players in cryptocurrency race to shape views among D.C. policymakers, who are trying to understand the burgeoning technology. A non-fungible token is a unique asset, often a photograph, video, or some kind of artwork, that exists on a digital ledger of transactions, known as a blockchain, that records who owns it. These assets are bought and sold with cryptocurrency.

While Congress has so far shied away from policy discussions regarding NFTs, Dapper Labs’ filing underscores how companies in the field are preparing for regulatory battles ahead. Other crypto groups have registered to lobby the government as well, though without listing NFTs specifically as a subject matter on which they would lobby.

Crossroads Strategies, the lobbying firm recruited by Dapper Labs, reported that it would lobby on “Policy related to NFTs, blockchain, and financial services.”

Among its products, Dapper Labs operates a marketplace, NBA Top Shot, where users can purchase and sell NBA and WNBA NFTs that are video highlights from their games. Another platform operated by the company, known as CryptoKitties, allows cat lovers to “Collect and breed furrever friends!”

Like other groups in the financial technology industry, Dapper Labs has brought in political muscle to help them navigate Washington. In addition to hiring Crossroads Strategies, the group also recruited Alison Kutler, a veteran of the Federal Communications Commission, who began as its head of government affairs in November. Kutler served as the FCC’s chief of the consumer and government affairs bureau and special adviser to the chair between 2015 and 2017, according to her LinkedIn profile.

Kutler also registered to lobby for Dapper Labs on issues related to NFT and blockchain, according to a disclosure posted on Tuesday.

Dapper Labs offered little explanation for its foray into Washington. In a statement, Rachel Rogers, a company spokesperson, said that the group intended to promote “education and mainstream adoption of Web3”—using a term that refers to a new version of the web based on blockchains — and champion “the benefits of this technology to society.”

“In this increasingly digital world, we believe in openness, transparency and equality of opportunity,” Rogers said. However, the group did not provide any additional details regarding their advocacy and did not respond when asked to speak over the phone.

Congress has yet to begin discussions in earnest about regulating NFTs. But with outstanding questions around their taxation and regulation, lobbyists expect that to change.

“Do the existing, you know, laws and regulations, does policy … fit nicely into existing regulations for taxation or consumer protection, investment protection, etcetera, or does there need to be a new and different set of regulations developed?” said one lobbyist engaged on cryptocurrency issues. “I think that’s something that policymakers are going to have to wrestle with for sure.”

For those in politics, NFTs create not only a policy conundrum, but also a fundraising opportunity. Former first lady Melania Trump this week launched a platform to release NFTs of her own, including a watercolor depiction of her eyes. The longtime Trump associate Roger Stone is selling a ’90s magazine cover NFT that he says is signed by the former president. The goal, according to Stone, is to fund legal and medical bills but so far the highest bid on the NFT is $1,400.

Blake Masters, a Republican candidate for Senate in Arizona, who is challenging the incumbent Democrat Mark Kelly, offered 99 limited edition NFTs based on the cover art of his book with his boss and billionaire investor Peter Thiel. Shrina Kurani, a Democratic candidate for Congress in California, is selling NFTs of her own to fund her campaign. She is also allowing donors to give in the form of cryptocurrency.

Alex Grieve, a crypto lobbyist and vice president at Tiger Hill Partners, said that, for one, the office of retiring Rep. Anthony Gonzalez (R-Ohio) has expressed interest in policy affecting NFTs. But Grieve thought there were more out there: “It’s hard to ignore when a picture of a monkey wearing a funny hat sells for” hundreds of thousands of dollars, he said.