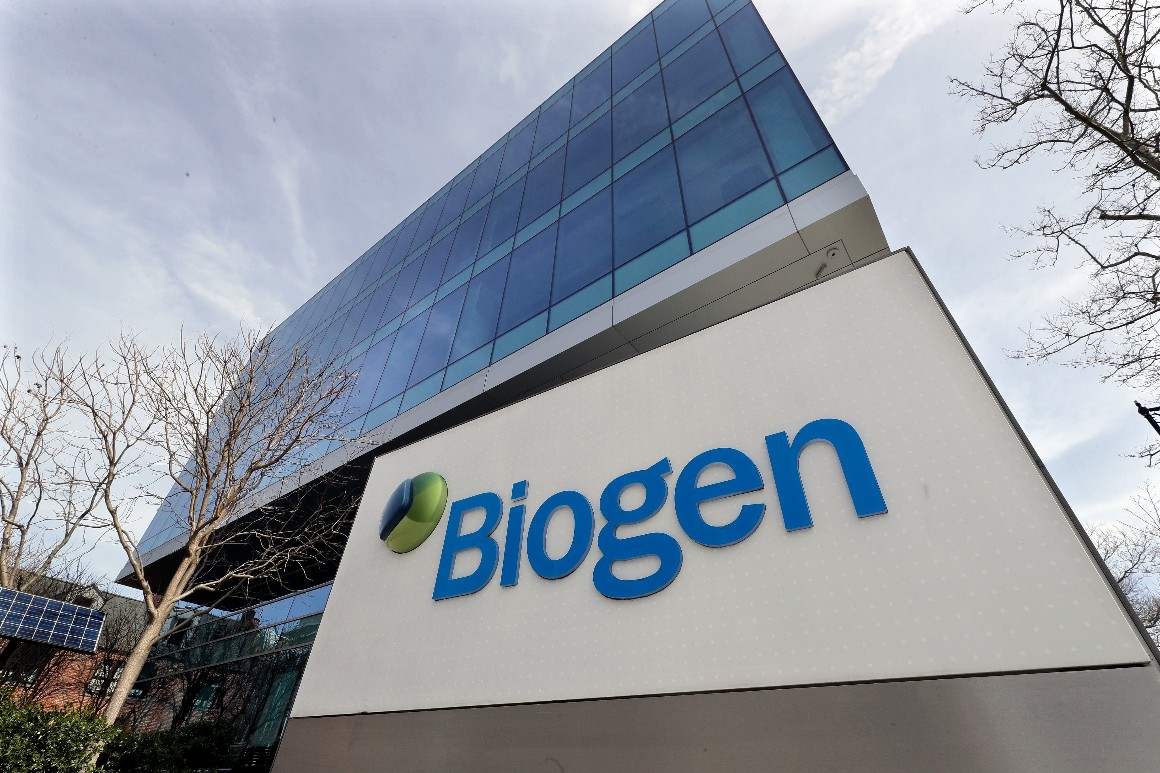 Drugmakers and patient advocacy groups are waging a campaign to cast Medicare officials as villains after the program limited coverage of a pricey new Alzheimer’s drug and demanded tougher criteria than the FDA to prove it works.

Their goal is to strong arm the Centers for Medicare and Medicaid Services into covering Aduhelm, the $28,200-per-year drug, for far more people.

The effort comes in response to Medicare’s decision to only cover Biogen’s new treatment for patients enrolled in ongoing clinical trials, effectively cutting off access to the first new Alzheimer’s drug in nearly two decades, which the Food and Drug Administration approved in June despite conflicting trial results. The preliminary decision applies not only to Aduhelm, but the whole class of similar drugs, many of which are in development.

“If drugs go through the FDA, get approved and then have to go through another clinical trial process to get coverage, then no one’s going to invest in this space,” said George Vradenburg, the chair and co-founder of patient group UsAgainstAlzheimer’s. “This is just not a tolerable situation. FDA was charged with this decision, they made the decision, CMS should honor it.”

Lee Fleisher, the agency’s chief medical officer and director of the Center for Clinical Standards and Quality, said in a statement after the decision that their goal was to protect Medicare recipients “from an intervention without known benefits.”

The FDA and the Department of Health and Human Services did not respond to requests for comment. 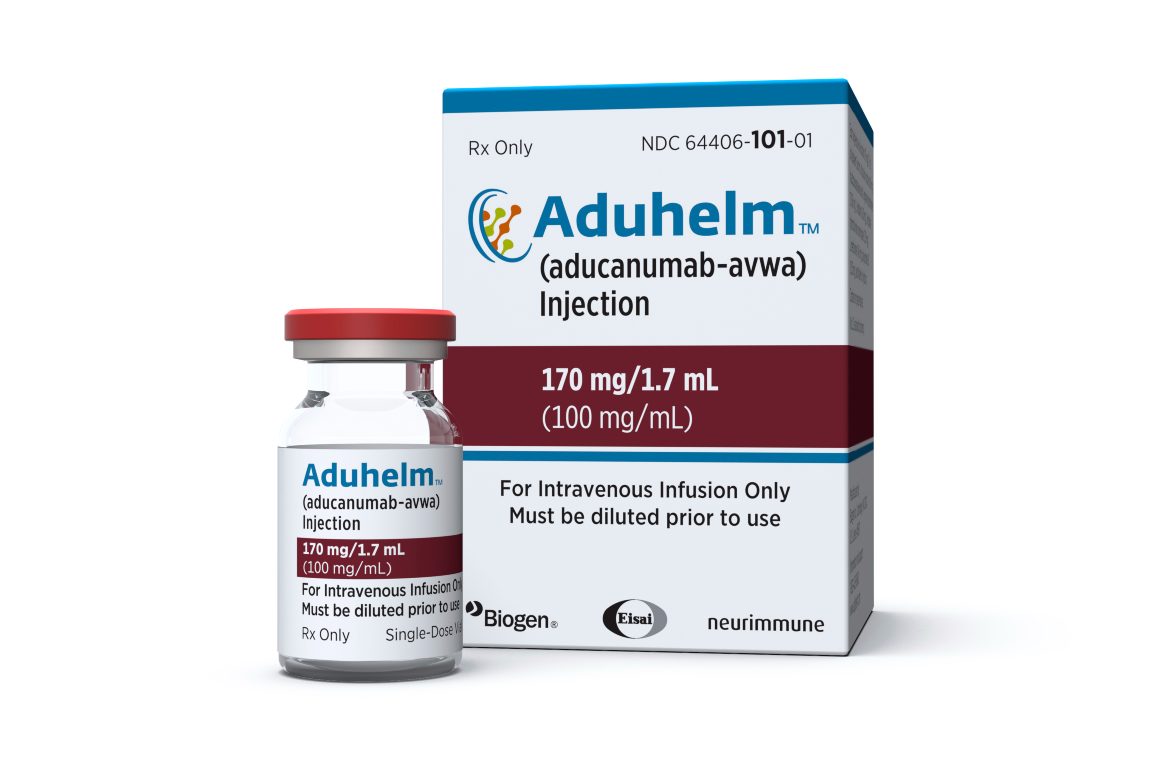 While the various supporters of broader access have not yet coalesced around a single strategy, broad outlines of a plan are already becoming clear.

Advocates are enlisting patients, investors and health professionals to flood CMS with comments opposing its proposal. As of Friday, nearly 80 comments had been submitted, less than a week into the 30-day public comment period following the CMS decision. Many of these comments express concern and frustration with how few patients could receive Aduhelm under the agency’s proposed plans.

Biogen declined to comment on its strategy, but the company told investors that it hoped CMS would revise its decision and cover the drug for patients who mirrored the populations that were already included in clinical trials. Michel Vounatsos, Biogen’s chief executive, said the company had a plan to manage the fallout but declined to elaborate during a call with analysts on Thursday.

Separately, patient groups and pharmaceutical lobbyists plan to pressure Congress, making the case that CMS is stifling innovation and also creating a paradigm that will disproportionately harm patients with low incomes and patients of color.

“On the Hill, a lot of people care about Alzheimer’s,” Vradenburg said. “There will be letters. There’ll be meetings. There’ll be everything we can muster to turn that decision around.”

Harry Johns, the chief executive of the Alzheimer’s Association, said his group plans to lobby the White House, warning that millions of patients will be left without a drug they thought they could soon receive.

“It’s hard for us to believe that this president and this administration wants to be responsible for setting the precedent of not covering a treatment approved by the FDA and, more specifically, causing this kind of difference in coverage that is available for other diseases that would not be for people with Alzheimer’s,” he said.

It is rare but not unheard of for CMS to change trial participation requirements between a draft and final coverage decision. In 2019, CMS proposed requiring hospitals administering CAR-T therapies to track patients in observational studies. Hospitals complained it was too burdensome and CMS relented.

The agency plans to make a final determination on Aduhelm in April.

CMS’ requirements for Aduhelm are even more burdensome, said John Dwyer, president of the Global Alzheimer’s Platform Foundation. The proposed trials must be randomized and conducted at a hospital-based outpatient setting, and the diversity of participants should be representative of the patient population diagnosed, a standard that is nearly impossible to achieve, he added — and certainly not in a timely manner.

In a statement to POLITICO, CMS Administrator Chiquita Brooks-LaSure said that the diverse population requirements were there to rectify past underrepresentation in Alzheimer’s research.

“We are creating every incentive for manufacturers and trial administrators to ensure that the clinical trials recruit diverse participants,” she said. “The equity implications of this decision were a central part of the hard, thoughtful work that went into developing this proposed [coverage].”

Some public health experts and members of Congress have already expressed support for the agency.

“This was the best decision,” said R. Scott Turner, a neurologist and director of the Memory Disorders Program at Georgetown University Medical Center. Turner has been involved in conducting clinical trials for Aduhelm and other anti-amyloid drugs for over eight years but doesn’t believe they should be available beyond a research setting.

“I don’t think it should have been approved by the FDA, frankly,” he said.

FDA granted Biogen’s drug accelerated approval despite mixed results in clinical trials, saying that because Aduhelm reduced the amount of amyloid — a deformed protein thought to be the root of cognitive decline in Alzheimer’s — in participants’ brains, it was “reasonably likely” that it would ultimately slow or stop patients’ cognitive decline.

Several scientists disagreed with the assessment, including those on FDA’s external advisory panel for neurological drugs; three of them resigned in protest. Only one, David Knopman, responded to POLITICO for comment, saying that he agreed with CMS’ proposed decision.

CMS, in explaining why it limited coverage, said that because there has never been a trial demonstrating that reducing amyloid meaningfully improves patients’ health outcomes with Alzheimer’s, there was “insufficient evidence” that Aduhelm would be reasonable and necessary for Medicare beneficiaries.

“Alzheimer’s is an area that has just been littered with the carcasses of failed efforts,” said one pharmaceutical lobbyist, who asked for anonymity to speak freely about the industry. “Back in 2018, Pfizer just abandoned the field entirely … [Eli] Lilly has sunk hundreds of millions of dollars here. So I would definitely never underestimate that your adding these obstacles has real impact.”

The CMS decision goes beyond Aduhelm. All similar drugs would be subject to the same requirements, which critics say would make it difficult even for drugs that perform better during clinical trials.

John Murphy, the chief policy officer at the Biotechnology Innovation Organization, an industry group, said that CMS “has gone well beyond its statutory mandate.”

“This is the epitome of the agency throwing the baby out with the bathwater,” Murphy said. “CMS is purposely turning one product into a pariah to stand up on a pedestal, and doing it at the expense of all future development of other products yet to come and patients who desperately need innovation in this disease state.”

Eli Lilly and Genentech both have similar anti-amyloid Alzheimer’s drugs in the pipeline, in addition to a second offering from Biogen. Both companies expressed concern that CMS’ proposal would deny patients access to forthcoming drugs.

“CMS is writing off an entire class of medicines before multiple products have even been reviewed by FDA, positioning itself and not FDA as the key arbiter of clinical evidence,” Nicole Longo, a spokesperson for the Pharmaceutical Research and Manufacturers of America, said in a statement after the agency’s proposal was released. The group declined to comment about its advocacy efforts.

The fact that CMS is considering requiring a randomized trial makes industry and patient groups wary of the delay in getting the drug to patients, and lobbyists note that novel treatments are often flawed as a result of being first.

“Innovation is incremental oftentimes and we have to show a willingness to be flexible,” Murphy said. “Right now, [CMS is] just backdoor disapproving the drug.”