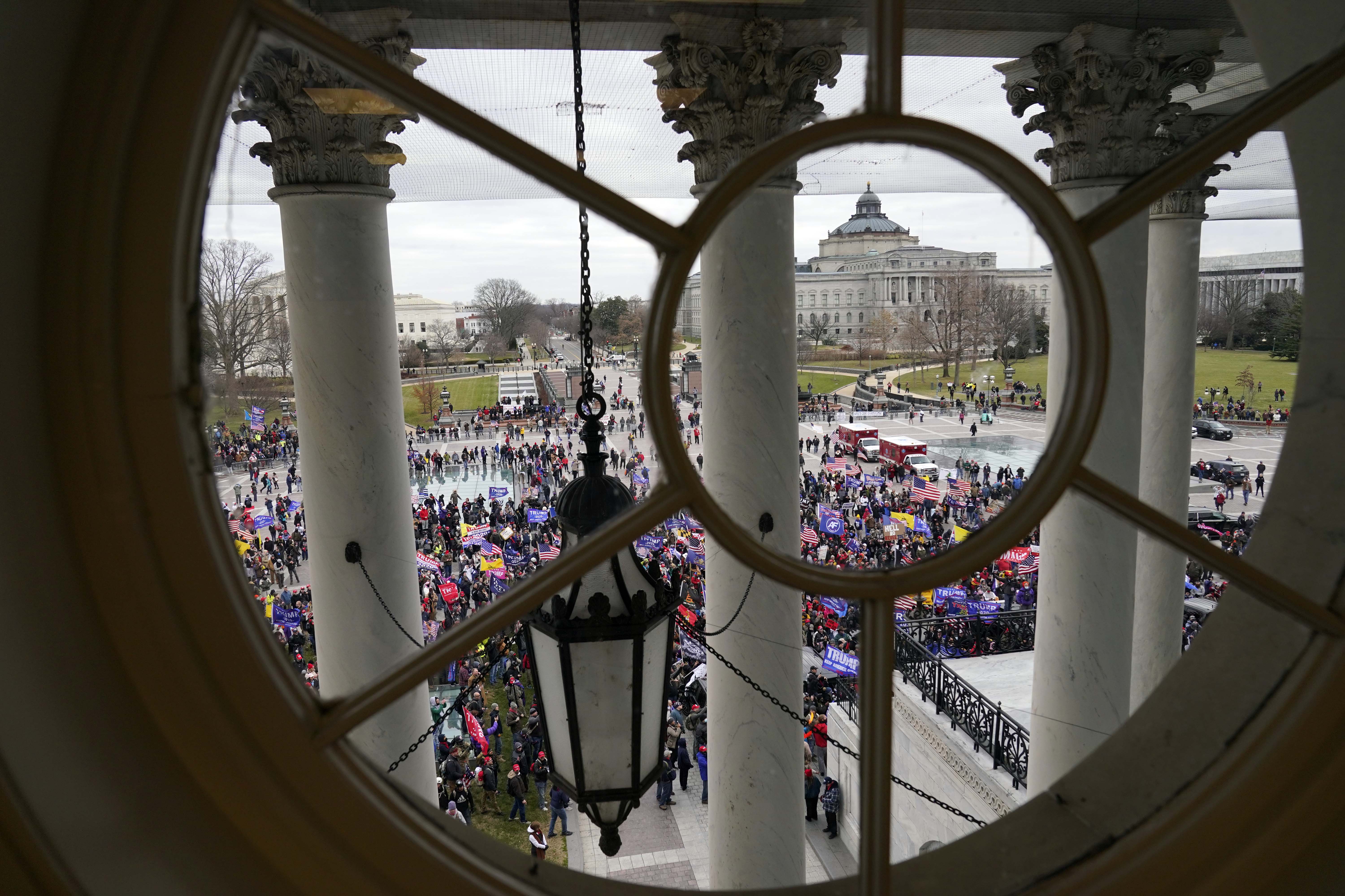 Congress was hardly an ordinary workplace before Jan. 6. A year later, even veteran aides say the Capitol has left typical office culture far behind.

Staffers remain on edge, worried about the safety of their colleagues and bosses. They’ve resigned themselves to a new normal — where anticipation of the next threat is simply part of the job, cross-party relationships have deteriorated, security feels inadequate and constituent relations have grown increasingly nasty, if not straight-up violent.

“It’s been a shitty year,” a GOP House staffer said. “This is not normal. This is not a normal work environment.”

Whether they crouched behind a locked office door or watched in horror from home on Jan. 6, 2021, the day has dramatically reshaped the lives of the mostly young and lower-paid staffers whose work is the silent scaffolding that holds up Congress. More than a dozen Hill aides, representing both parties and both chambers, spoke on the condition of anonymity in order to freely address their enduring concerns about their physical safety and their mental health at work.

Brad Fitch, president and CEO of the Congressional Management Foundation, choked up recalling a question he fielded during a summer training his nonprofit runs for aides: An intern asked for advice about how to manage death threats.

“I was just so upset that this is what a college student has to worry about, that this is the experience they’re having on Capitol Hill,” said Fitch. “When I was an intern the questions I asked were, ‘Where are the receptions where I can get a free dinner?’”

Some staff are looking for the exits or have already found them. One junior staffer in a House Democratic office left a job taking vitriolic constituent calls alone in her apartment, finding better pay and less stress working retail during a pandemic.

“My plan would have been to stay in the Senate through my retirement. That was my goal. I love this institution,” said one senior Democratic staffer. “The pay-to-headache ratio changed a lot during Covid. And it changed even worse during the insurrection.”

For some, jobs in the Capitol’s hallowed halls have lost their luster. Resumes used to clog up managers’ inboxes when a position opened up, but senior aides on both sides of the aisle now say that they have found themselves asking “is this it?” when a thin roster of potential hires lands on their desk. But those aides intimately understand why job-seekers might hesitate to take a post with inherent and unnecessary risks.

“People do live inside of this place in a little more fear,” said a senior adviser to a House Democrat. “This is no longer the safest place you could possibly be.”

Employees have made some concrete recommendations to improve safety in House and Senate buildings, such as Day-One security training for freshmen offices and enhanced physical security. One senior Senate GOP committee aide said she’d like to see proactive limits on access to her team’s small private workspace after instances of angry people walking into their workspace, but the chamber has rejected the office’s request.

The need for better training for new aides came into sharp relief during the riot. One senior aide to a House GOP freshman recalled having her “face pressed up against the wall trying to listen to what was going on.” She had a brand-new team in an empty office and no TV or access to the Capitol’s emergency alert system. 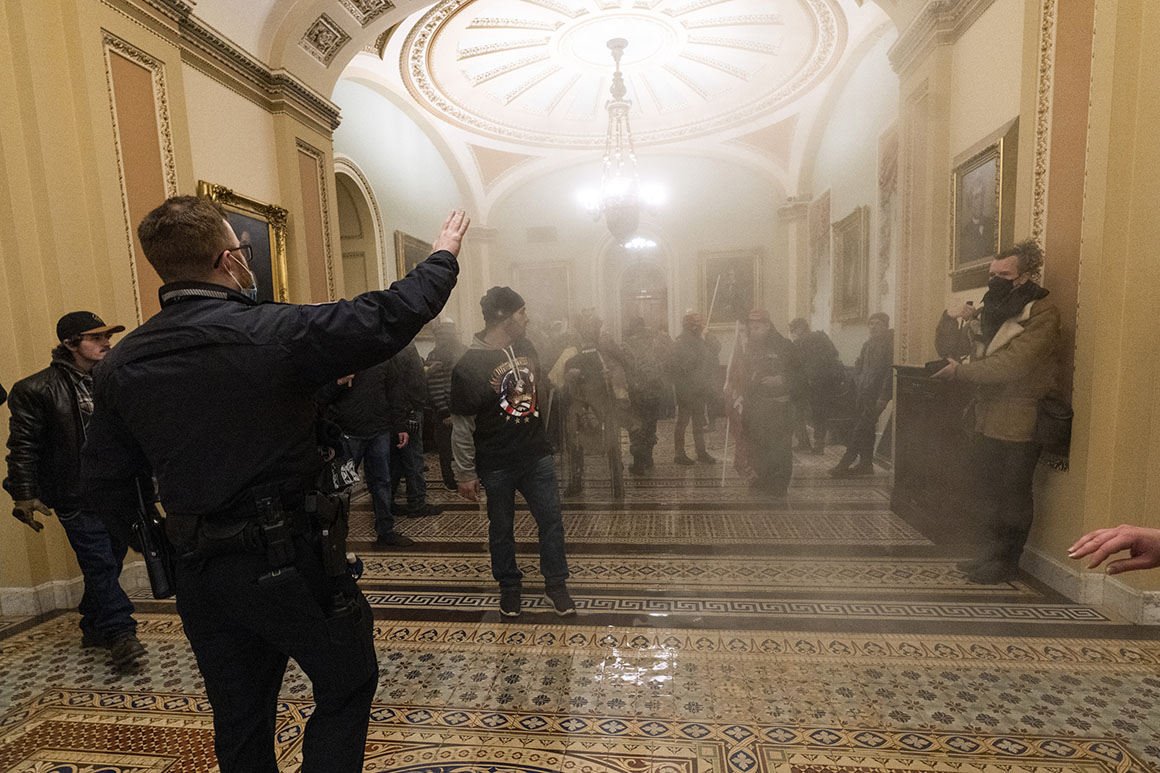 The same staffer described holding back tears on Jan. 6 so that she wouldn’t alarm her young employees on their third day of work. Months later, the aide said, she again tried not to cry as she closed the office during another standoff with Capitol Police.

She knows, on some level, she can’t protect her junior aides. They do emergency drills, but “let’s be real,” she said. “If something really bad were to happen, we’re screwed.”

Aides to rank-and-file lawmakers in both chambers also feel burdened to protect their bosses, who don’t have personal security details. They have to balance that with making their members accessible to the constituents who make their jobs possible.

“Our boss has had issues with death threats in the very recent past,” said a House Democratic staffer. “And he wants to be out there, you know, shaking hands and kissing babies and talking with people. And that’s just who he is.”

Some Democratic offices acted quickly following the attack to limit or end previously noncontroversial work with the 147 Republicans who voted against certification of the 2020 election results. One House aide to a Midwestern Democrat said his office started advancing bills that would have been bipartisan without GOP co-sponsors and passed on co-signing some letters.

They didn’t have explicit conversations with their boss or any hard-and-fast rules, this aide explained, but staff would pull up the list of 147 GOP names and decide if the letter or bill in question were worth cooperating.

The coronavirus only added to tensions from the attack. Republican staff pin some of the deterioration on the realities of remote work mandated by Democrats. Meanwhile, Democratic staff say they’d be more open to frequent in-person work if GOP aides and lawmakers didn’t flout mask-wearing rules.

“When conferencing bills” on Zoom, said a Senate GOP committee staffer, “it’s so easy to just say no and not hear each other out on what their objections are, how to work through it, if there are ways to address it.”

Fitch of the Congressional Management Foundation said he thinks Hill staff have faced more stress and challenges in the last 20 months, beginning with the onset of the pandemic, than at any time since World War II. For all the focus on physical security, he said the mental wellness of the Capitol community hasn’t been appropriately emphasized.

“In the workflow of managing a death threat, there’s usually a 20-something or 19-year-old person who is being traumatized, and the office can do something about that. They can stop that trauma from happening, and they should,” said Finch. He pointed specifically to offices that can change phone-call policies to protect staff, including leaning on voicemail when necessary.

Some staff are feeling desensitized to the fear and anxiety after a year of relentless Capitol Police email alerts warning of threats on campus. In March came a House office building evacuation, followed by a deadly vehicular attack in April, then a standoff with a man threatening to bomb the Library of Congress in August and a man with a machete and bayonet near the Capitol in September.

Aides from both sides of the aisle also say that the national discourse and the conversations in the states and districts they represent moved past the insurrection much more quickly than the Capitol Hill community did. In some cases, they’re feeling alone watching friends and coworkers continue to struggle and seek therapy.

“Many staffers live with the reality that it happened, it was traumatizing and that no one cares,” said one senior House Democratic aide. “I think Joe Public doesn’t really care.”

Fitch sees Capitol Hill managers making progress on taking mental health seriously. There’s a growing realization that the military-style ethos of “just rub some dirt on it and get back in the game,” needs readjusting, he said.

“Managers are recognizing that the psychological well-being and mental wellness of a staff is not only a compassionate thing to do, there’s actually managerial reasons to do this,” Fitch said.

He has a clear message for staff directors, chiefs of staff and other managers on Capitol Hill: If one of your employees wakes up this Jan. 6 and just can’t handle being at work, be accommodating.

And many staff are still driven to remain on the Hill, motivated by a sense of purpose that has only grown in the last year. There’s optimism that, though divides have deepened, something “good or transformational is going to come out of it” eventually, as one House Democratic aide put it.